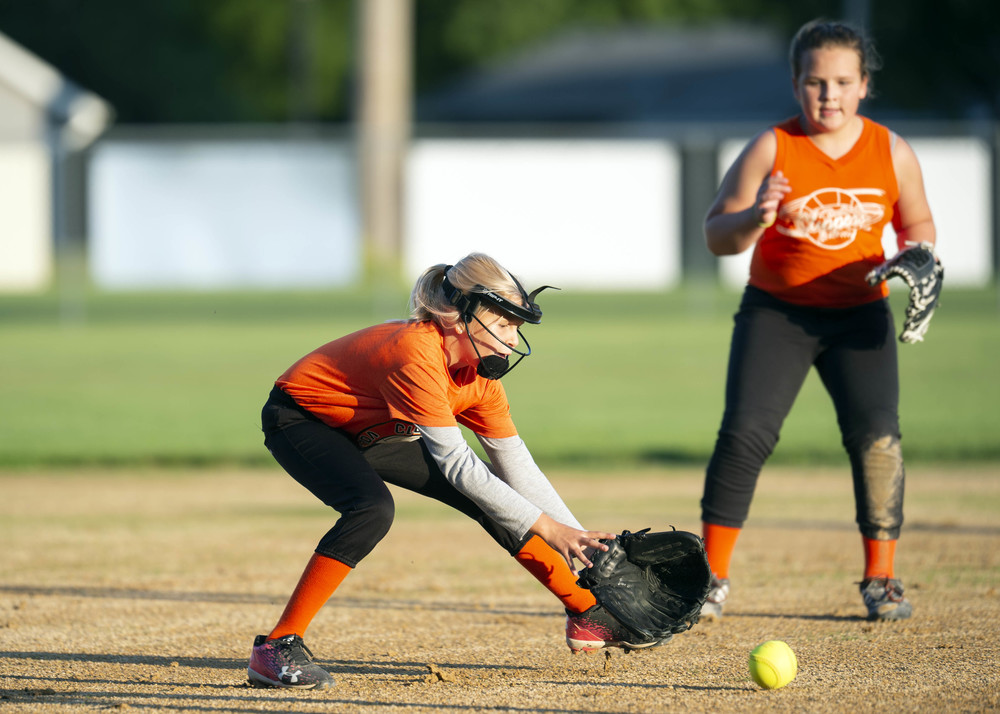 In their second game of the fall, Cleveland topped visiting Blue Earth 13-12 in U12/10 softball action.

Sixth grader Taylor Wolf had a hit for the Clippers. Her classmate Taylor McCabe started off in the circle for the win. Fifth grader Jocelyn Kortuem earned the save.

In their fall season opener a week earlier, the Clippers fell hard to visiting Waterville-Elysian-Morristown 20-7.

Fifth grader Valentina Rohlfing walked and slid in after a passed ball for a first inning run, but the Clippers didn’t score again until the fifth when Kortuem and Anna Lamont crossed the plate. 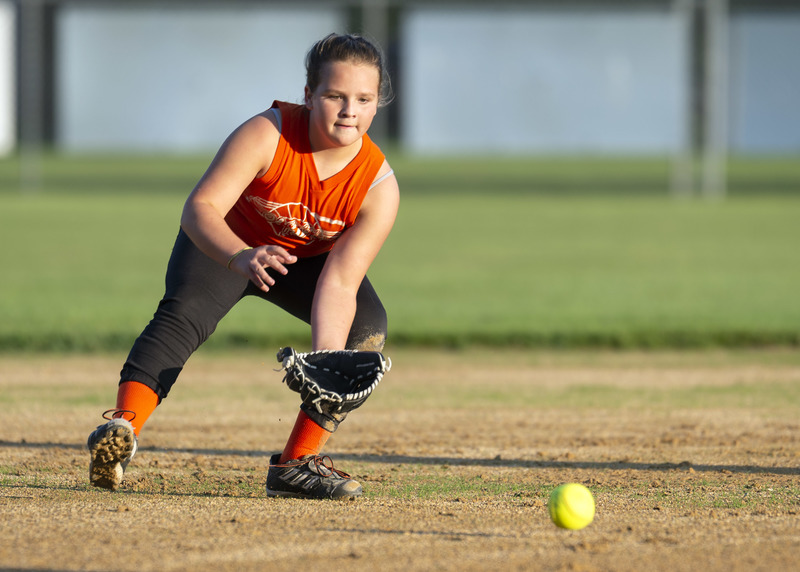 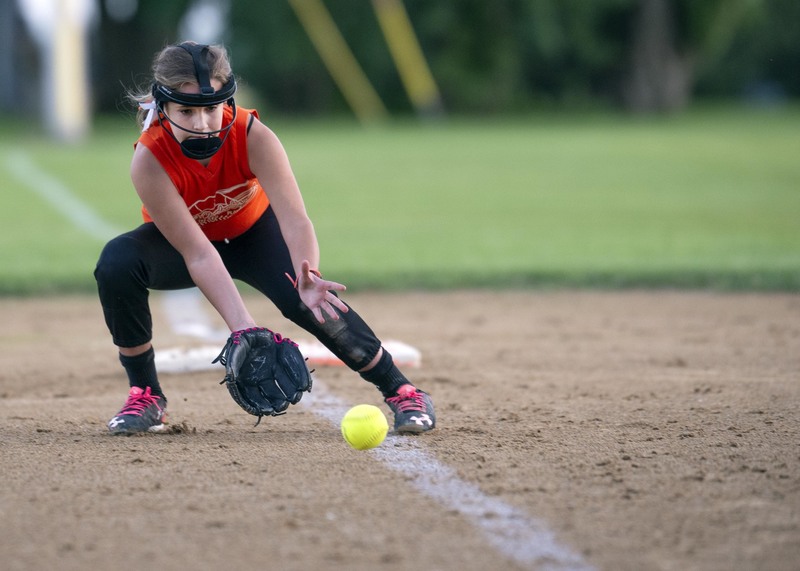 Taylor Wolf fields a hit down the first base line.

Kiya Sohn at third reaches for a grounder.