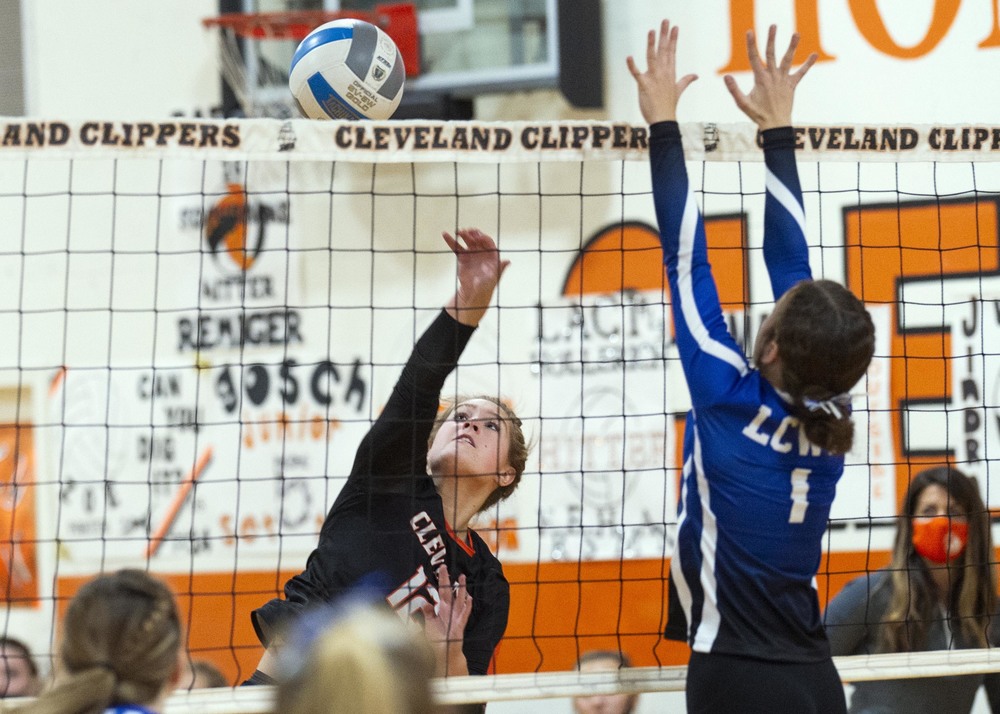 When it comes to girls sports, Lakesha Carter puts the LC in LCWM, but the Clippers were able to handle the senior outside hitter and the rest of the visiting Lake Crystal-Wellcome Memorial Knights in a 3-0 sweep on Monday.

With the Clippers mixing it up on offense, Emily Kern plunged 13 kills in the outing. Brianna Connor had a productive match too with seven winners at the net.

“I just try to come out an always play my hardest,” said the 5-6 senior outside hitter, who had five digs as well.

Harley Connor swatted five kills. Emma Sweere had 17 digs and completed 17 of 20 serve attempts with six aces. Taylin Gosch passed 32 set assists and added four kills. Zoe Porter landed 13 of 16 serve attempts with a trio of aces. Jordyn Klingel was 11 of 12 at the service stripe with one ace. 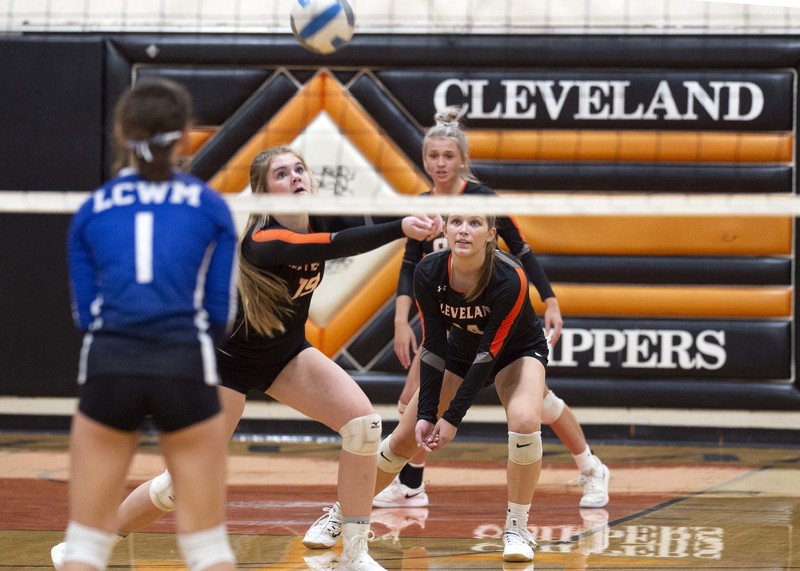 As usual, the Clippers got off to good start. Porter steered a couple of service aces, and Halle McCabe slapped over a kill to put the Clippers up 4-0 in game one.

The Knights scored the four of the next five points, but Gosch’s ace backwards push at the net was the start of a 5-point spurt for a 10-4 Clipper lead.

Gaining points on Clipper out-of-bounds hits, LWCM pulled within five, but Gosch feigned another set for a winner, Brianna Connor smacked a kill, and the Knights committed five errors for a 22-10 Clipper advantage. 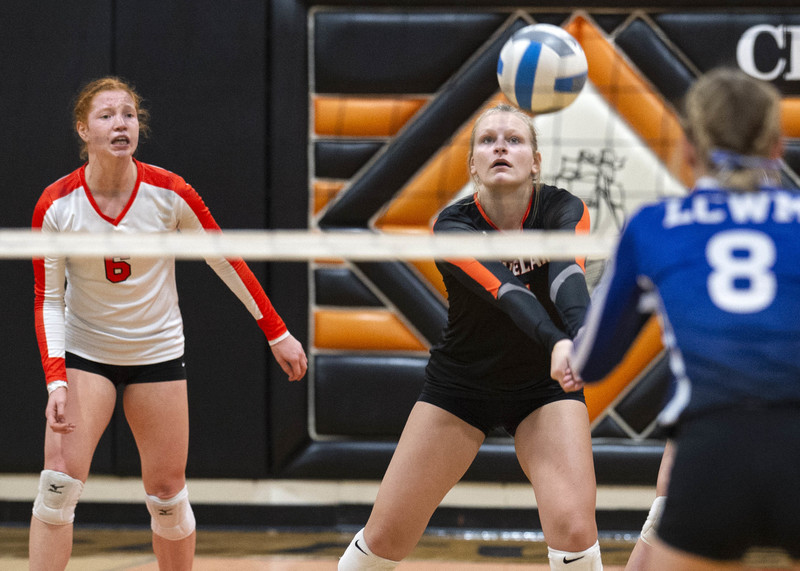 Grayce Kortuem on the serve dig.

Kern followed a kill with an ace block after that, and the game ended 25-11 on a Gosch service ace.

In typical Clipper M.O., game 2 was much closer. In the first game, the Clippers only missed one serve, but they wasted another dozen after that.

“Serving has been our issue,” said head coach Bree Meyer. “It’s building that confidence and staying up when we look at the record and see who beat whom.”

Trailing 8-6, the Clippers took went on a 4-point spurt on Harley Connor and McCabe kills and a couple of Knight miscues. 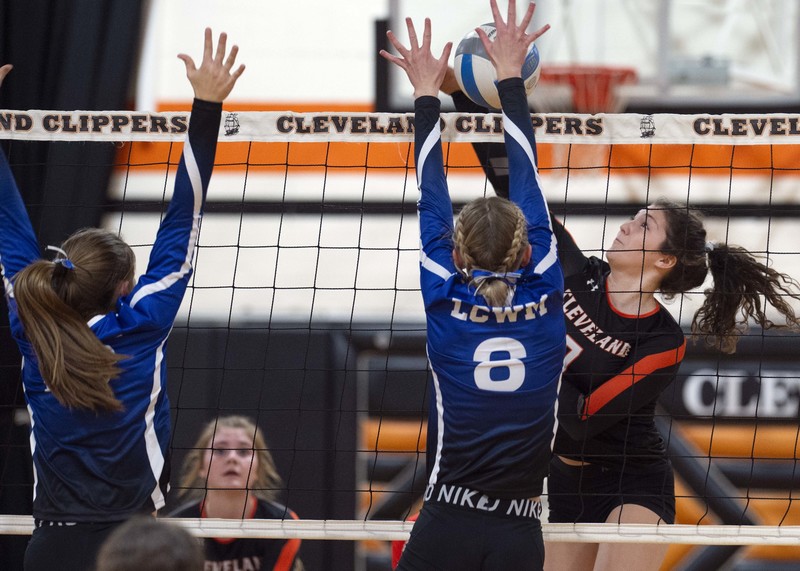 Halle McCabe battles at the net.

LCWM hung around though and tied the game at 18 on a Clipper service error. But with a McCabe kill at the 19-19 mark, the Clippers took a lead they would never surrender. Losing control of their attacks, the Knights gave up the next three points, and the game ended 25-22 after a pair of Kern kills.

Behind after missing three hits in a row, the Clippers tied game three 8-8 on a Brianna Connor kill. From there, 13 of the next 16 points were won by the Clippers with the last three on Emma Sweere service aces. 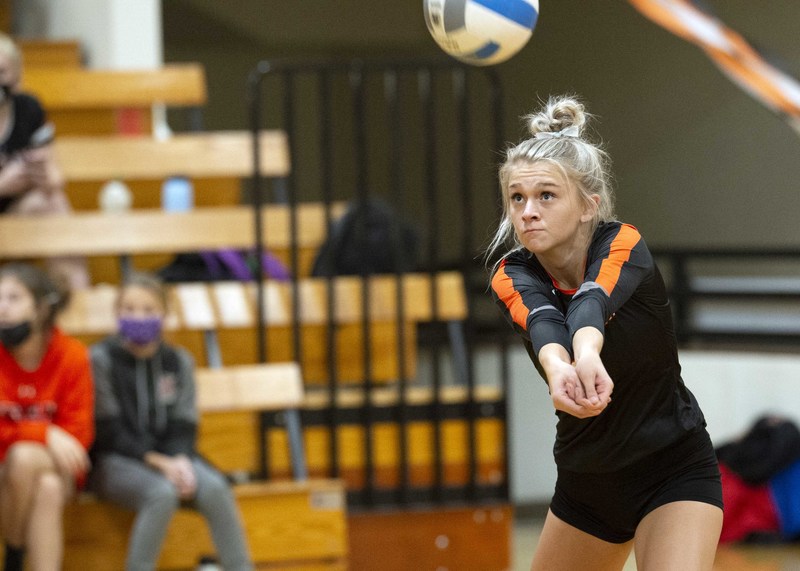 Jordyn Klingel steers the ball toward the net.

Taking advantage of a kill and six Cleveland errors, the Knights scored seven points down the stretch, but after a Harley Connor ace tip, the game ended 25-18 on a Sarena Remiger kill.

The Thursday before, Cleveland traveled to Northrup where they swept Martin Luther/Grenada-Huntley-East Chain/Truman, 25-14, 25-18, 25-15.

The 7-1 Clippers travel to 5-2 JWP on Saturday. The Clippers beat the Bulldogs 3-1 earlier in the season.