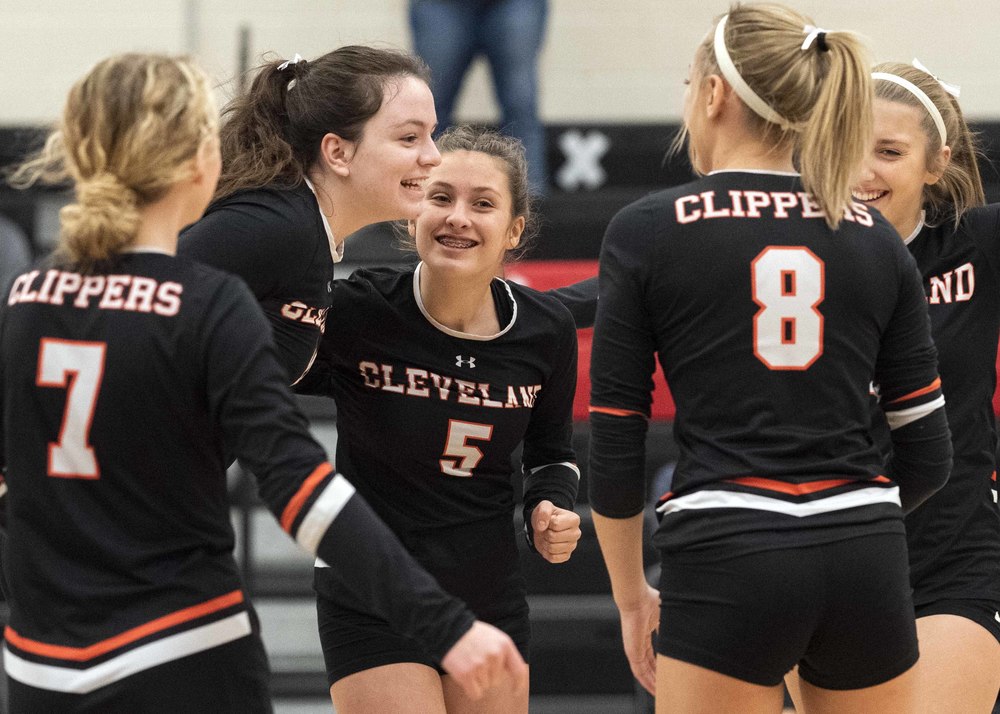 Like their underclassmen counterparts, the Clipper B-Squad volleyball girls were custodians Friday night, sweeping up in the St. Clair gym.

Set one ended 25-14 on a Mariah McCabe kill. The Clippers trailed 12-11 in set two but battled their way back for a 25-17 victory, which came on a Kaylee Karels ace serve. The Clippers easily took the final set 15-5. It ended on an Alanna Hartman ace serve.

“We were just killing the ball,” said coach Sally Kortuem. 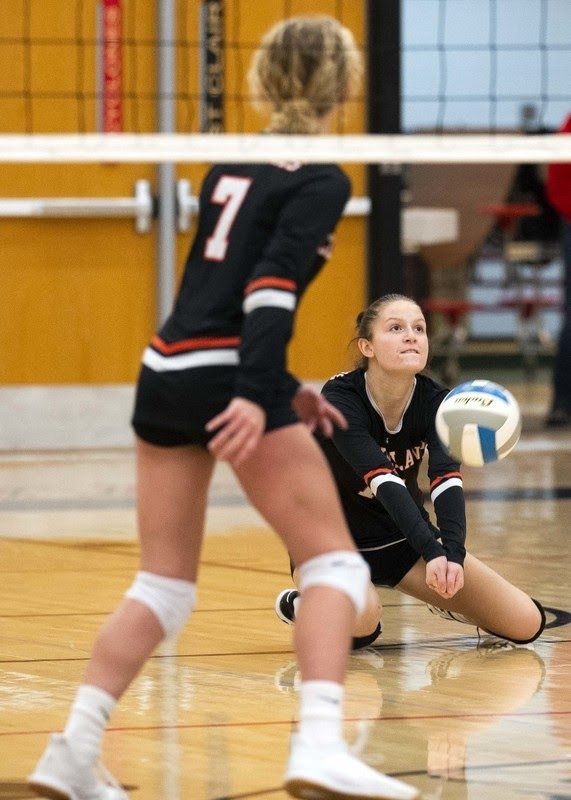 Alanna Hartman drops to the floor for a dig. 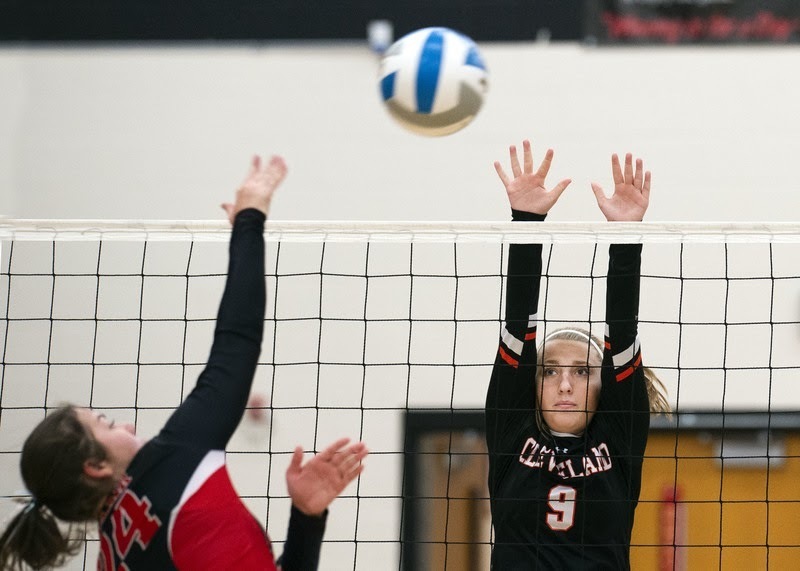 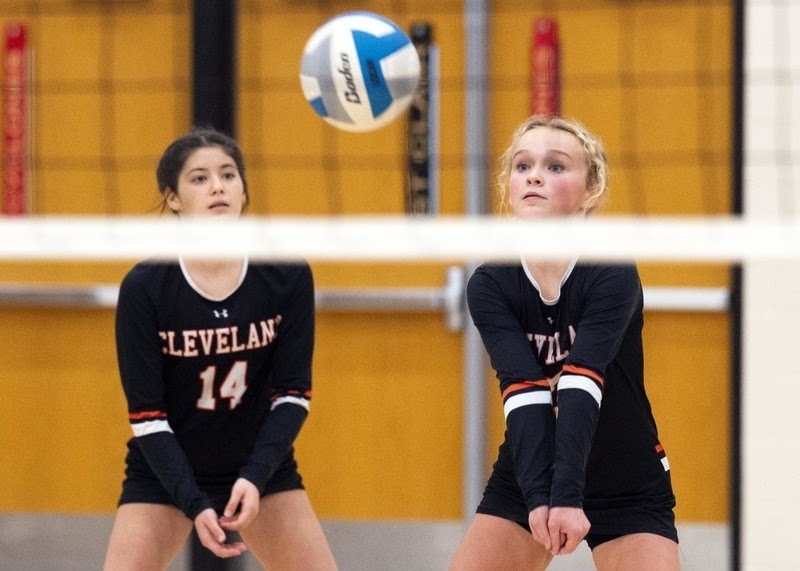 Greta Hahn channels up a serve. Beside her is Mariah McCabe. 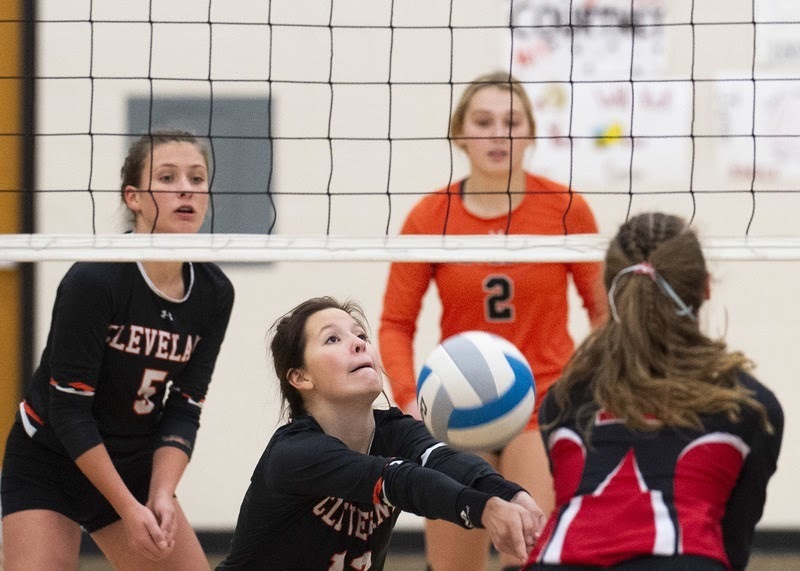 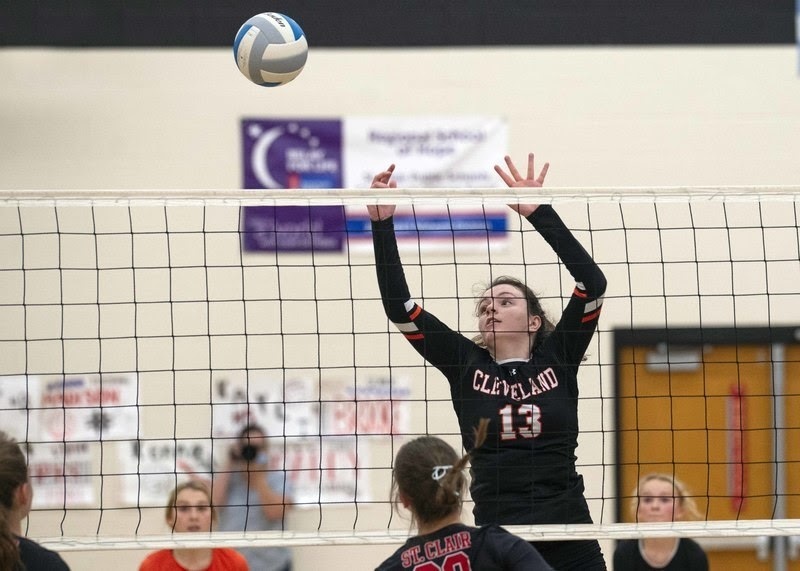 Maria Dembouski goes up for a block attempt. 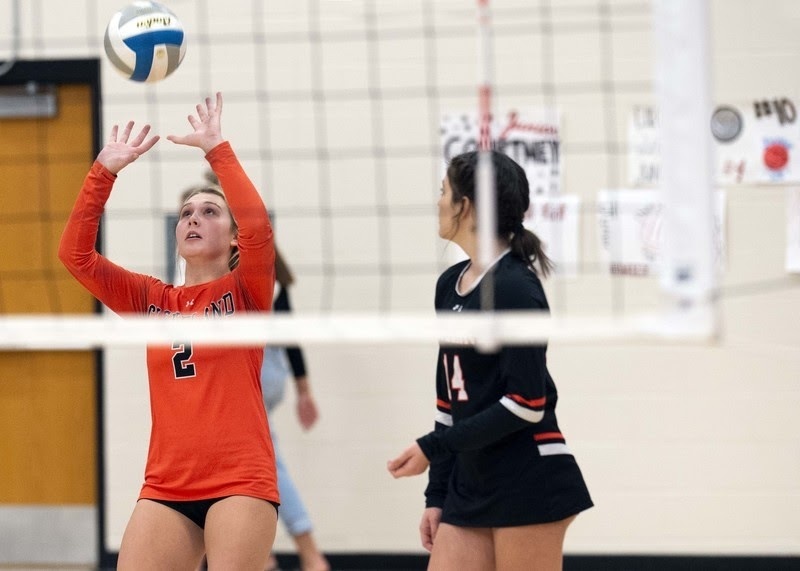