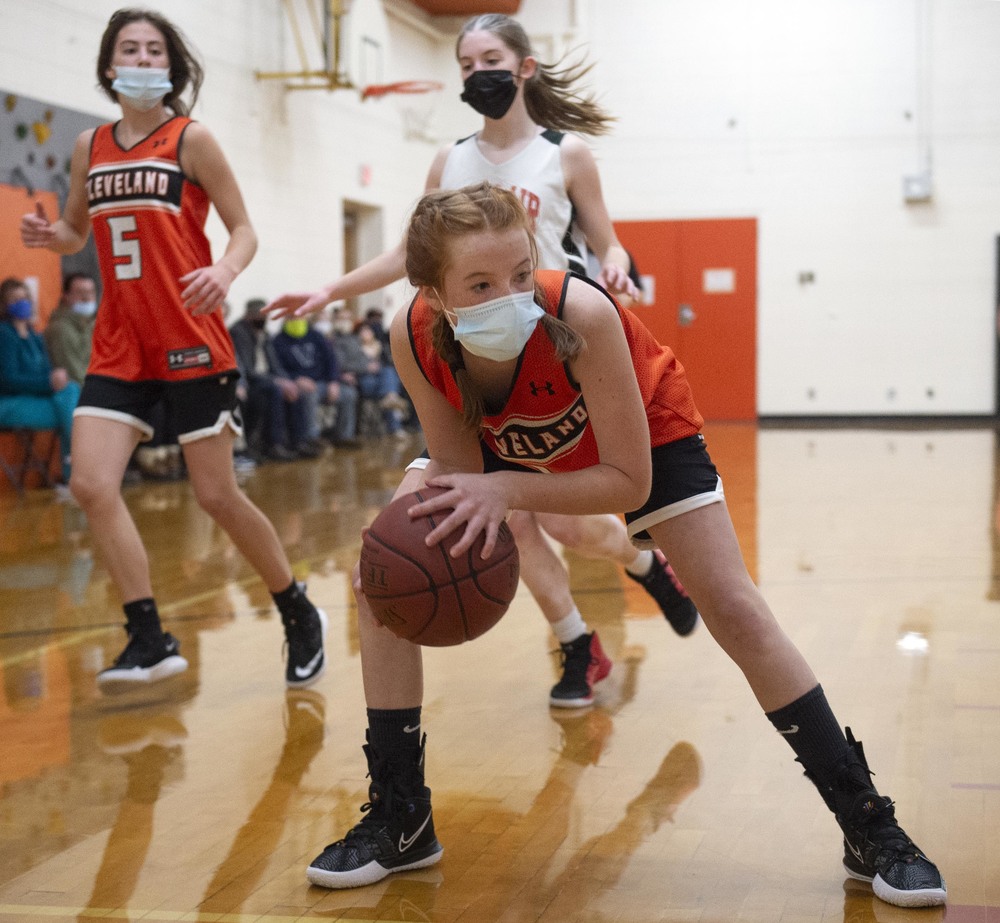 Coming off two close road losses, the Clipper girls junior high team lost its third straight when it fell to 25-21 to visiting St. Clair on Tuesday.

The Clippers surged at the start of the second half but couldn’t get the points they needed down the stretch.

With Ava Hahn’s layup the last basket of the half, the Clippers trailed 16-7 at the intermission.

Taking an in-bounds pass, Addie Holden scored the first basket of the second half. Lacey McCabe sunk a pair of freebies, Hahn stole and made a coast-to-coast drive for a layup, and with another McCabe basket from the charity line, the Clippers were suddenly within a basket, 16-14.

The Cyclones scored a basket after a steal and then drove the floor for another to extend their lead, but the Clippers scored the next six points to knot the game at 20 with 3:17 remaining. Holden made a free shot, and then McCabe scored twice inside and on a free throw.

But the rest of the game mostly all St. Clair. In 34 seconds, they scored twice inside and also on an ensuing foul shot. McCabe hit another shot from the free-throw line, but the Clippers couldn’t find the basket after that and went on to lose by five.

McCabe led the effort with 9 points. Hahn and Holden each scored five points. Samantha Baker (above) had a basket in the first half for two points.

On Feb 2, the Clipper girls lost by a point to Alden-Conger/Glenville-Emmons in Alden. Three days later, they fell in overtime to Martin County West in Trimont.

The Clippers have a chance to avenge their loss to AC/GE in a home game on Thursday (February 11).

Lacey McCabe drives to the basket.

Ava Hahn races down court after a steal.

Addie Holden puts up a shot from inside.