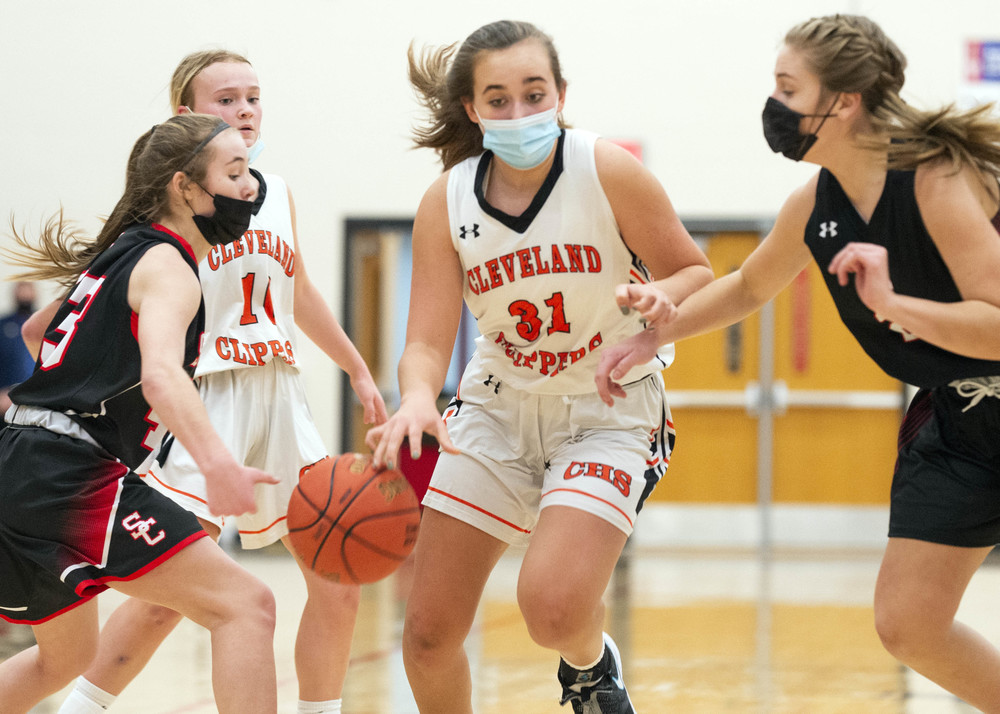 Still translating what they learn in three practices a week to game time, the Cleveland B-Squad girls fell to host St. Clair 53-14 on Monday.

After Laci Hollerich’s freethrow and inside basket (above) before the break, the Clippers had half the points of St. Clair, but were still in the game, trailing 20-10.

But the Cyclones looted the Cleveland over and over to start the second half. With Hollerich and Greta Hahn saved for the varsity game, Emma Treanor’s free shot finally broke an 18-point St. Clair run.

Treanor scored the rest of the Clipper points in the half too, another free throw and a basket inside, but that was it for their second-half offense.

The Clipper Bs travel to Alden on Thursday.

Emma Treanor goes up for a shot in the second half.