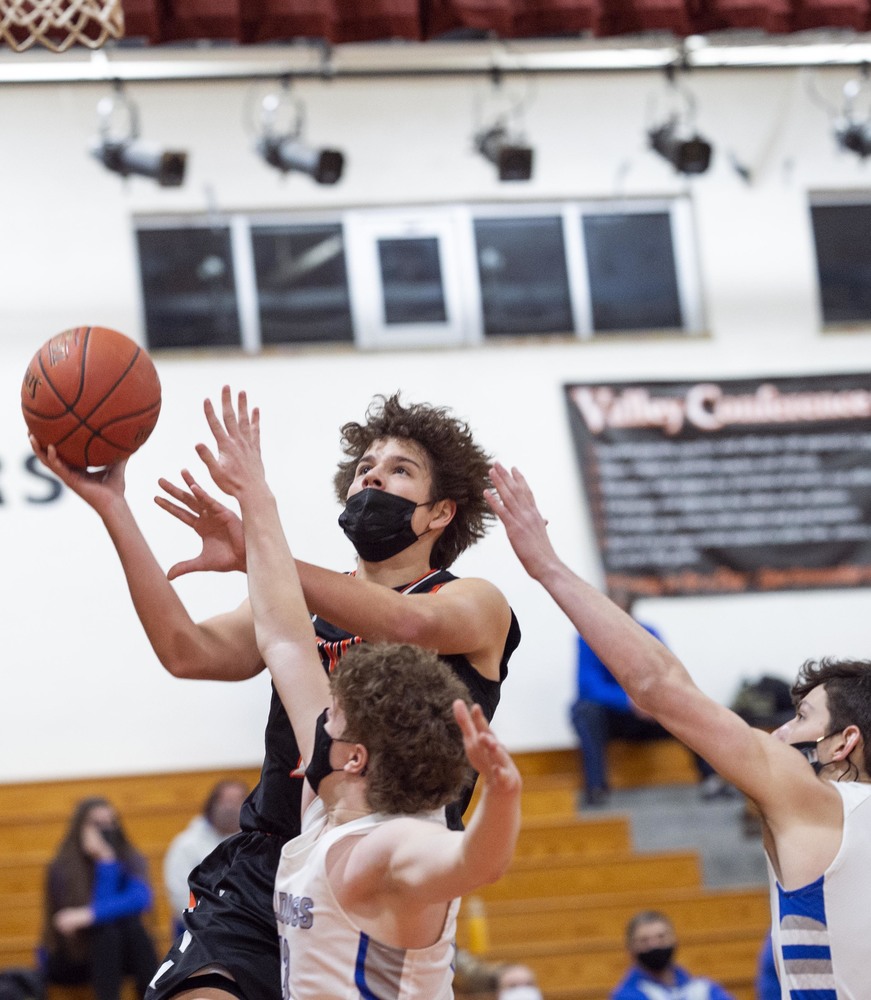 Overcoming a cluster of turnovers, the host Clipper B boys managed a 43-33 win over Janesville-Waldorf-Pemberton on Tuesday.

The Clippers used a balance offense to take an early lead they would never relinquish.

With a turnover out of bounds and a pair of JWP steals, they trailed 2-0 when Carter Barto took a third Clipper offensive rebound in for a basket. Colin Krenik rebounded, sprinted down the floor for a layup and made the following free shot to put the Clippers up 5-2.

Lucas Walechka (above) juked a defender, scored from the back door and made the and-one free shot. Kolby Gens took a cross-court pass up and in for a 10-4 Clipper advantage.

The Bulldogs responded with a three, but it was all turnovers and steals, 11 in total, after that until Braeden Hastings took a long Jackson Meyer throw in for a layup.

Gens scored on a couple of jumpers, and Walechka scored on a transition layup and made three free throws for a 21-12 Clipper lead at halftime.

JWP scored nine points after steals in the second half, but with a pair of Krenik threes and four Gens baskets from the floor, the Clipper hung on for the win.

Krenik and Gens each ended the night with a baker’s dozen points. With 11 points, Krenik was also in double figures. Barto, Hastings and Jackson Meyer each added a basket.

Earlier, the C-squad lost 50-21. No player totals were available.

At TCU on February 2, the B boys lost 48-37. Gens led the effort with nine points. Meyer had eight points in one half played. Barto added seven points, Walechka scored six points, Krenik was limited to four points, and Hastings chipped in three points,

After they played in Alden on Friday, the B boys return to action when they host St. Clair on Tuesday.