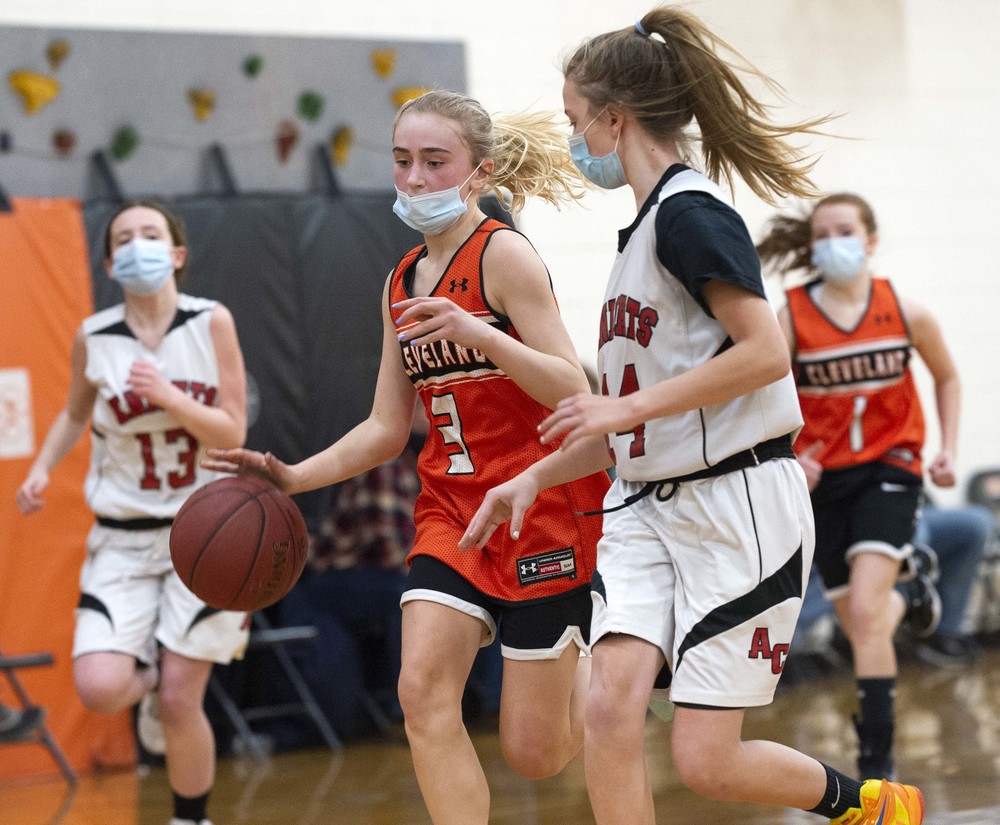 It was a classic battle between height and quickness. While the Knights had the the size advantage, coach Christian Harmeyer said the scrappy Clipper defense made the difference.

“That was the best we played all year. We were flying around on defense. We were making sure we were in the help position. We were cutting off their driving. We had a ton of steals.”

With her team down 2-0 after missing shots early, Ava Hahn, who paced the Clippers with 14 points, made a steal and layup and took an Addie Holden toss up and in for a 4-2 Clipper lead.

“We were setting screens for each other,” Harmeyer said. “It was fun to watch.”

The Knights made a three-point play on a basket and the ensuing free shot, but McCabe’s jump shot on an inbound pass and Hahn’s jumper and drive to the basket put the Clippers back up by six.

But the rest of the half was all Knights, who knotted the contest 14-14 at the break.

The teams traded baskets for the majority of the second half.

Hahn’s mugging and sprint for a layup was the first play after the intermission, but the Knights responded with a basket. Lacey McCabe also made a steal and coast-to-coast drive for a basket, but the Knights came back to score on a jumper.

Holden took an offensive rebound back up and in, but the Knights replied with a basket. Hahn scored on a baseline drive, but the Knights canceled it with another two pointer. Lacey McCabe stole just across mid court and took the ball in for a layup, but the Knights answered with an inside basket.

Finally, the cycle broke when Olivia Reinhardt scored on a jump shot after a Clipper steal. The Knights followed up, but it was only with the first of two free shots. From there, Holden scored inside while the Knights took an inbound toss up and in.

Leading 28-27 with 20 seconds left, the Clippers got an insurance basket when Sam Baker swiped an inbound pass and quickly relayed it to Hahn, who put it up near the top of the key for two more Clipper points. Hahn’s steal at the 10-second mark secured the Clipper victory.

The Clippers head to Madelia on Monday and take on LCWM in Garden City on Thursday.

Lacey McCabe makes one of the many Clipper steals that kept the taller Knight offense off balance.

Olivia Reinhardt dribbles around a defender.