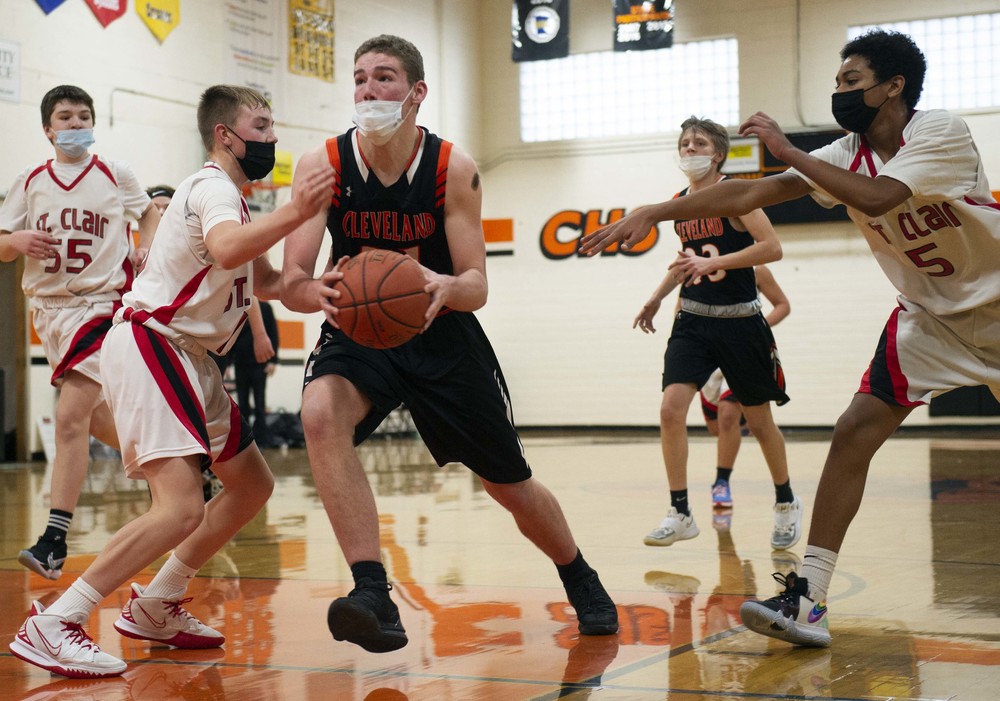 Tied with visiting St. Clair 27-27 on Tuesday, the Clipper C-Squad boys, off target and turning the ball over on steals, didn’t score another point while the Cyclones went on a 13-point run for a 40-27 win.

Carter Barto (above) scored a free throw for the game’s first Clipper point. He followed up with a basket. Braeden Hastings scored and also hit the first of two fouls shots. Max Mettler made both halves of a one-and-one.

With the Clippers down 11-8, Gabriel Sullivan scored on a drive, and Brady Bostic bowed a three. Barto pulled down an offensive rebound and scored, and Hastings scored on a base-line drive to suddenly put the Clippers up 17-11.

Foreshadowing what would happen in the second half, the Clippers missed easy baskets after that, and the Cyclones scored the next nine points for a 20-17 lead at the break.

After baskets by Barto and Mettler early in the second half, Cleveland caught up to St. Clair, 25-25 when Bostic dropped in another three. St Clair scored inside to regain the lead, but Barto picked up a loose ball and took it in for the layup for the last Clipper basket.

The C Clippers return to action when they host Loyola on Monday.

Gabriel Sullivan makes his way to a basket.

Max Mettler works around a defender.

Brady Bostic sets up for a shot.