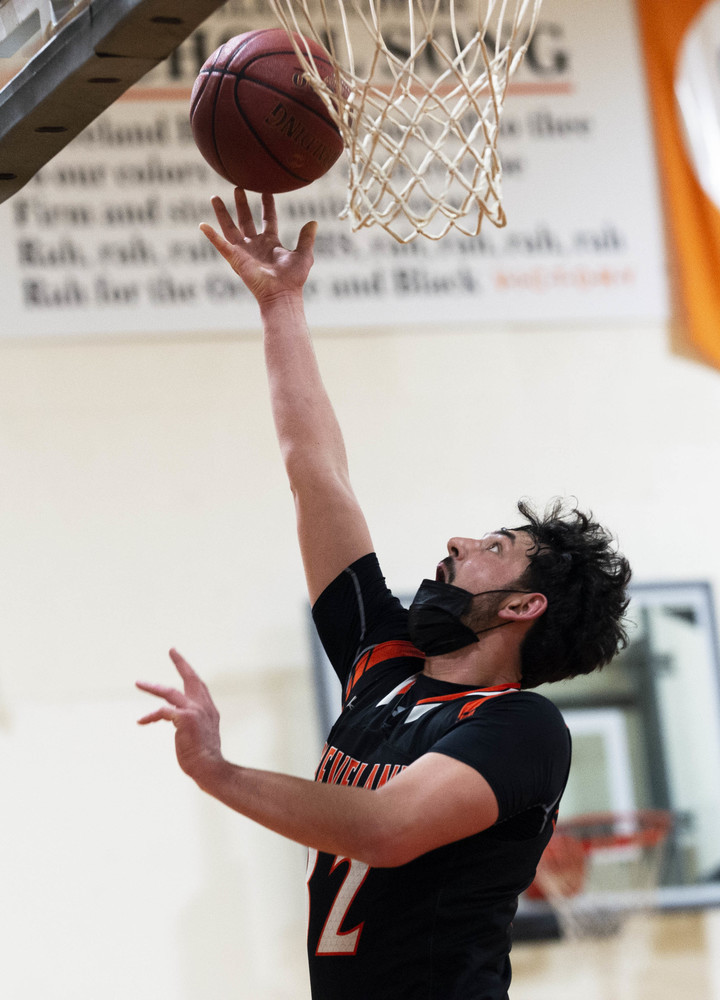 St. Clair dominates second half to defeat B boys

Hanging around, the Cleveland B-Squad boys were within two points of visiting St. Clair at the half, but the Cyclones outscored the Clippers 44-22 after the break and cruised to the easy win.

Deciphering the Cyclone defense, Colin Krenik waltzed inside for a layup and the game’s first basket. Kolby Gens (above) took a steal in for two points to put the Clippers up 4-0.

Under the rim a few possessions later, Lucas Walechka tossed in a Krenik assist for a 6-3 Clipper advantage. After a Walechka assist, Carter Barto sunk a jump shot for the game’s next basket.

Jackson Meyer pulled in a long pass and scored, Gens scored a backdoor basket, and Walechka took a cross-court pass in for a score to put the Clippers up 14-12.

Later, the Clippers gave up a number of steals, but the Cyclones didn’t produce much with them. With Cleveland down 21-17, Krenik, in the corner, took an Ellet Taylor hand off up for a three-pointer. Gens followed up with a three as well.

Walechka’s layup knotted the game at 25, but the Cyclones had one more basket in them before the break to pull ahead 27-25.

St. Clair broke away early in the second half. Later, the Clippers gave up steal after steal. Gens scored 10 points in the frame, but it wasn’t enough, and the Cyclones cruised to the decisive 71-47 victory.

The Clippers were coming off a 49-41 win over Alden-Conger/Glenville-Emmons in Alden on Friday.

The B boys return to action on Friday when they take on host Mankato Immanuel Lutheran at 6:00 pm.

Braeden Hastings vaults for a shot.

Jackson Meyer looks to swing the ball inside.

Lucas Walechka puts up a shot from behind the backboard.