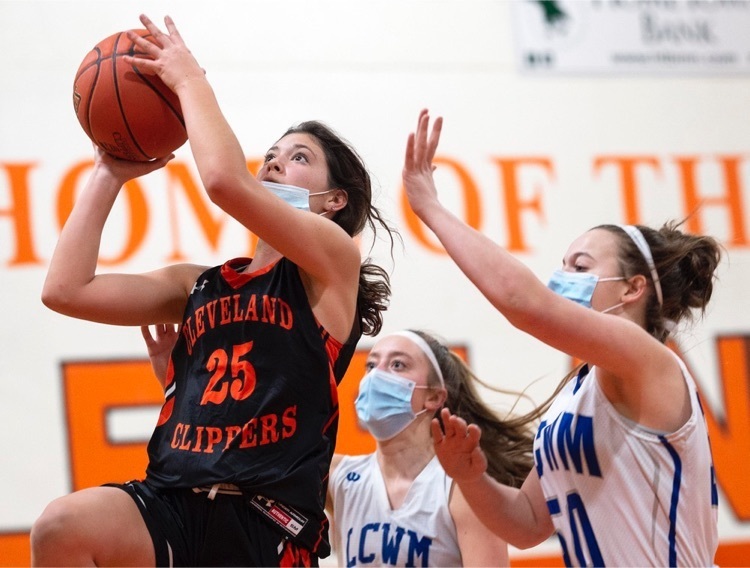 You have to admire the collective heart of the Clipper B-Squad girls.

They are typically in the game at halftime, but, saved for varsity, their two most experienced players aren’t on the floor after the break.

Learning fundamentals on game day, several others have never played basketball before, and sometimes there is only a single player left on the bench.

But, despite a winless record, they keep on going.

With Laci Hollerich needed to fill in for the injured Sarena Remiger on varsity and Greta Hahn only playing in the first half, they were easily defeated by Lake Crystal-Wellcome Memorial on Friday, 50-18.

Hahn scored the first four Clipper points at the charity stripe and then took a Mariah McCabe pass up and in from the baseline to pull the Clippers within six, 12-6, but the Knights scored the next nine points to lead 21-6 at the rest period.

McCabe (above) scored the Clippers’ first basket of the second half. Micah Peterson hit a layup and later made two free throws. McCabe, who led the Clippers with eight points, scored the last three baskets with the final two after she stole and drove the floor.

Emma Treanor fouled out with 2:22 left.

One of the referees on Friday commented on how he likes to see the Cleveland girls working hard and still having fun, despite their struggles. They also included on Friday Jersie Kelley, Madysen Seely and Sam Wondra.

The Clipper B girls host Tri-City United on Tuesday.

Micah Peterson takes the ball down court in the second half.

Greta Hahn searches for an open teammate in the first half.