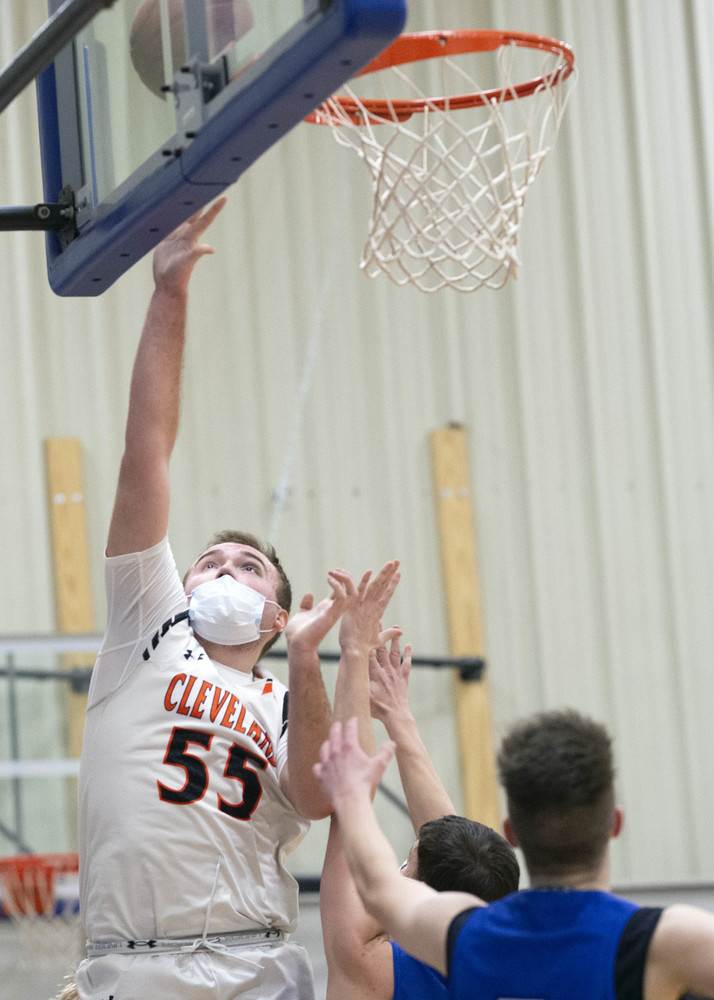 In their last meeting two years ago, Immanuel Lutheran controlled the Clipper varsity boys from tip off to the final buzzer for an 82-65 win.

But on Friday, it was a different tale with the Clippers beating the Trojans 72-35 on their Mankato court

Sandwiched between a huge physical win against St. Clair on Tuesday and then trying to avenge their only defeat this season when they host Mankato Loyola on Monday, it was the kind of game the Clippers needed, said head coach Dan Fredrickson.

Isaac Mueller scored first. Austin Hanel scored for the Trojans, and then Mueller took an Eric Rohlfing steal in for a layup.

The Trojans had no answer for the height of Ben Holden (above). The 6-6 senior went on a six-point romp, and Elijah Sullivan stole and drove the floor for a basket to put the Clippers up 15-2 before Hanel scored from three-point land.

“The guys weren’t necessarily taking them seriously early,” Fredrickson said. “We put in just a couple little sets we were able to run in game action and not just against our scout team.”

Keeping the pressure on, the Clippers led 37-12 at the break. Most all the bench tricked in during the second half as the Clippers ran away with the easy triumph.

Immanuel Lutheran, which pairs with the Clippers in football and baseball, was looking for a game as one of theirs got dropped out.

Hanel, a sharpshooter, led the Trojan’s effort with 19 points, including five three pointers.

Besides playing Loyola on Monday, the Clippers  have a rematch with host St. Clair on Friday.

Cameron Seely twists the ball away after an offensive rebound.