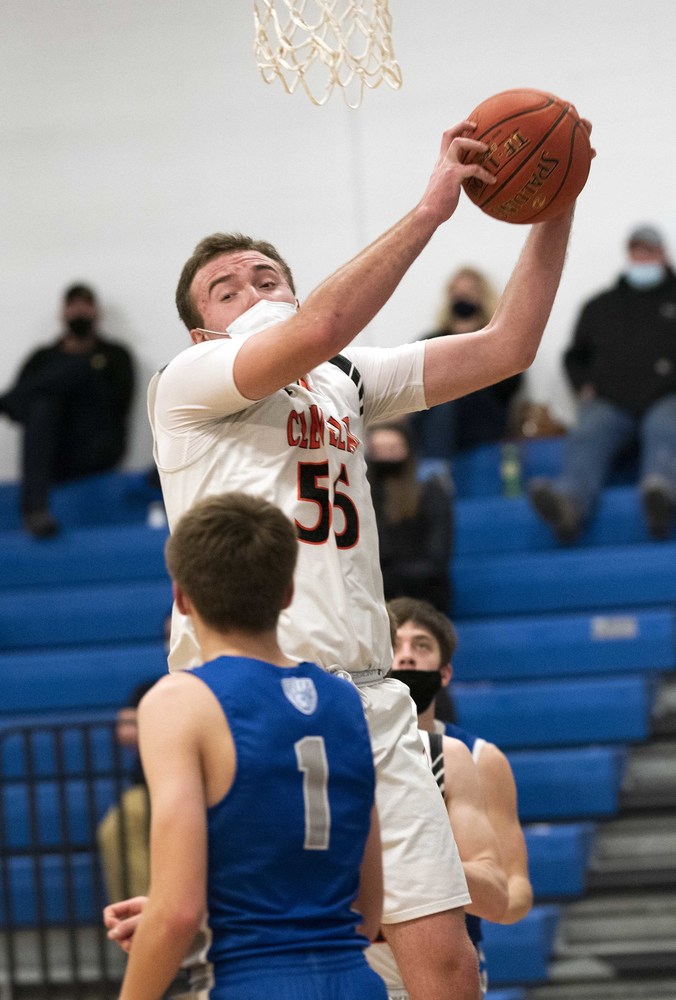 Varsity season on pause after easy win in Janesville

While the Clipper varsity boys easily downed rival Janesville-Waldorf-Pemberton 71-49 on Monday, their real foes last week were pathogenic particles of protein and nucleic acid some 600 times smaller than a grain of salt.

Pandemic protocol kept one senior Clipper off the court on Monday and threatened to do the same with another.

After the win, head coach Dan Fredrickson said that the Clippers planned to voluntarily go to distance learning on Wednesday since any positive test can shut the team down. But by then it was already too late. On Wednesday morning, the Clippers had no choice but to suspend the final three games of their regular season.

It was a lead the Clippers would never relinquish.

Later in the half, Mueller popped in a two buckets from three-point territory, and Elijah Sullivan also scored from behind the arc for a trio of Cleveland three pointers in a row. McCabe pickpocketed again, and with a Holden spin cycle on the play, the Clipper were comfortably up front 25-9.

With another three by both Mueller and Sullivan, the Clippers led 34-18 at the break.

After a Rohlfing steal and assist, Holden scored the first bucket of the second half. JWP followed up with a pair of threes, but Mueller eventually canceled them, the Clippers added to their lead, and the B-Squad came in to put the finishing touches on the triumph.

Mueller led the effort with 26 points. With a double-double, Holden dumped in 20 points and towered 20 rebounds. He is now 22 short of a career 1000 rebounds. Rohlfing added 14 points, and Sullivan put in eight points. McCabe had three assists, six rebounds and three steals along with one point.

T/ML/GHEC, officially 6-2 but—with losses to Cleveland, MCW and LCWM—8-3 before the backup plan, is scheduled to take on Loyola for the conference championship.

Whether the Clippers, in all or in part, can get back on the floor in time for playoffs is to be determined. 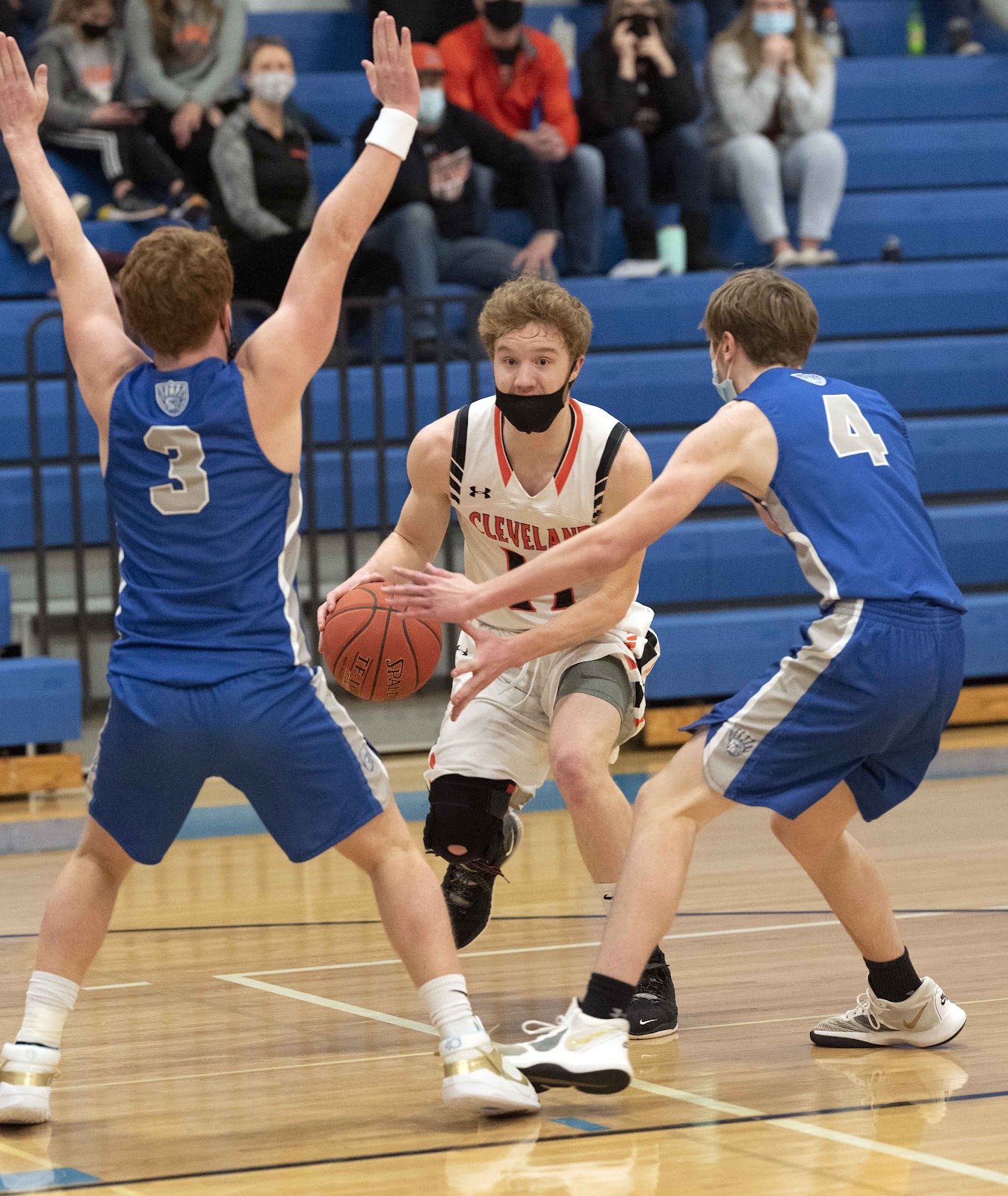 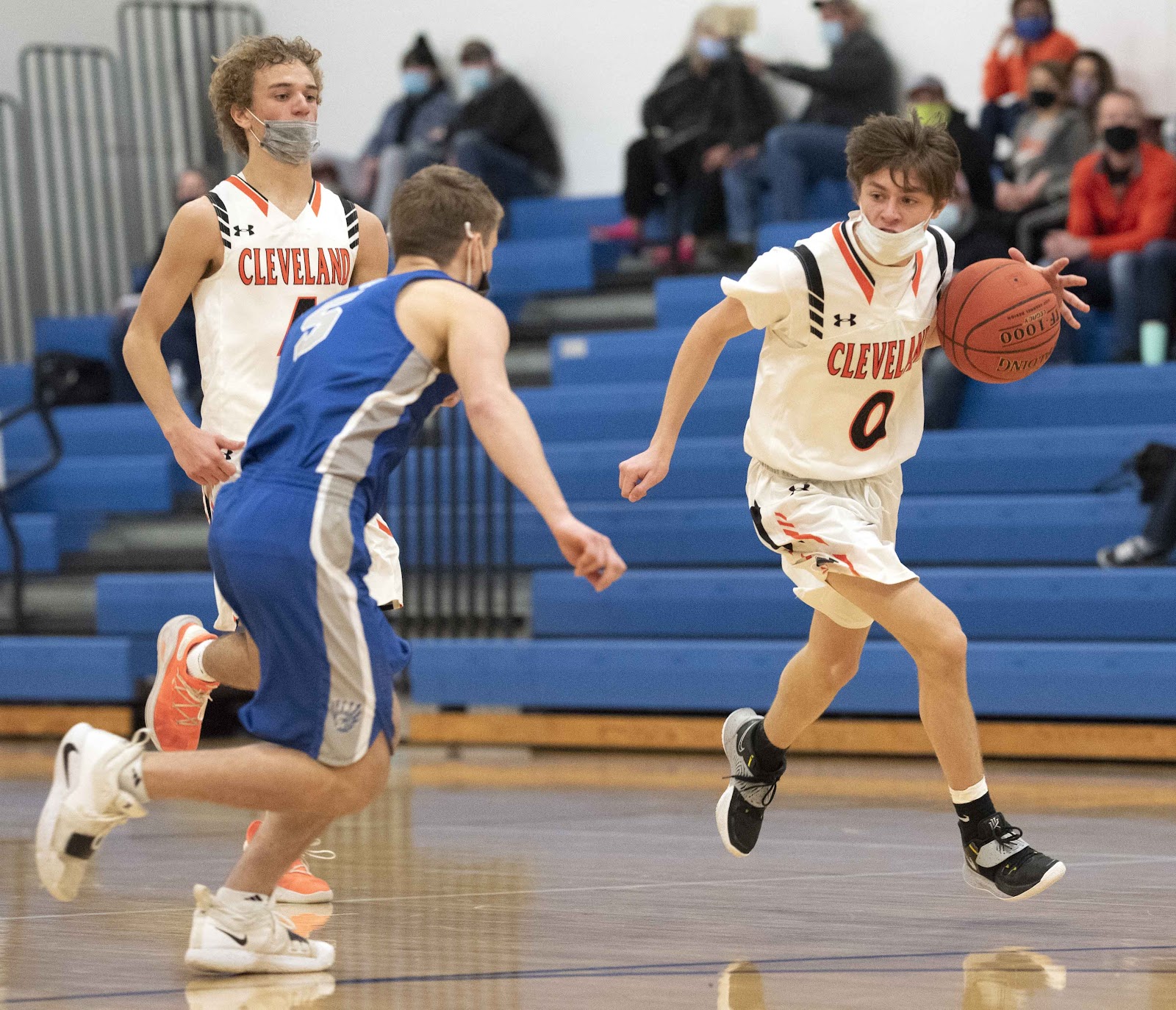 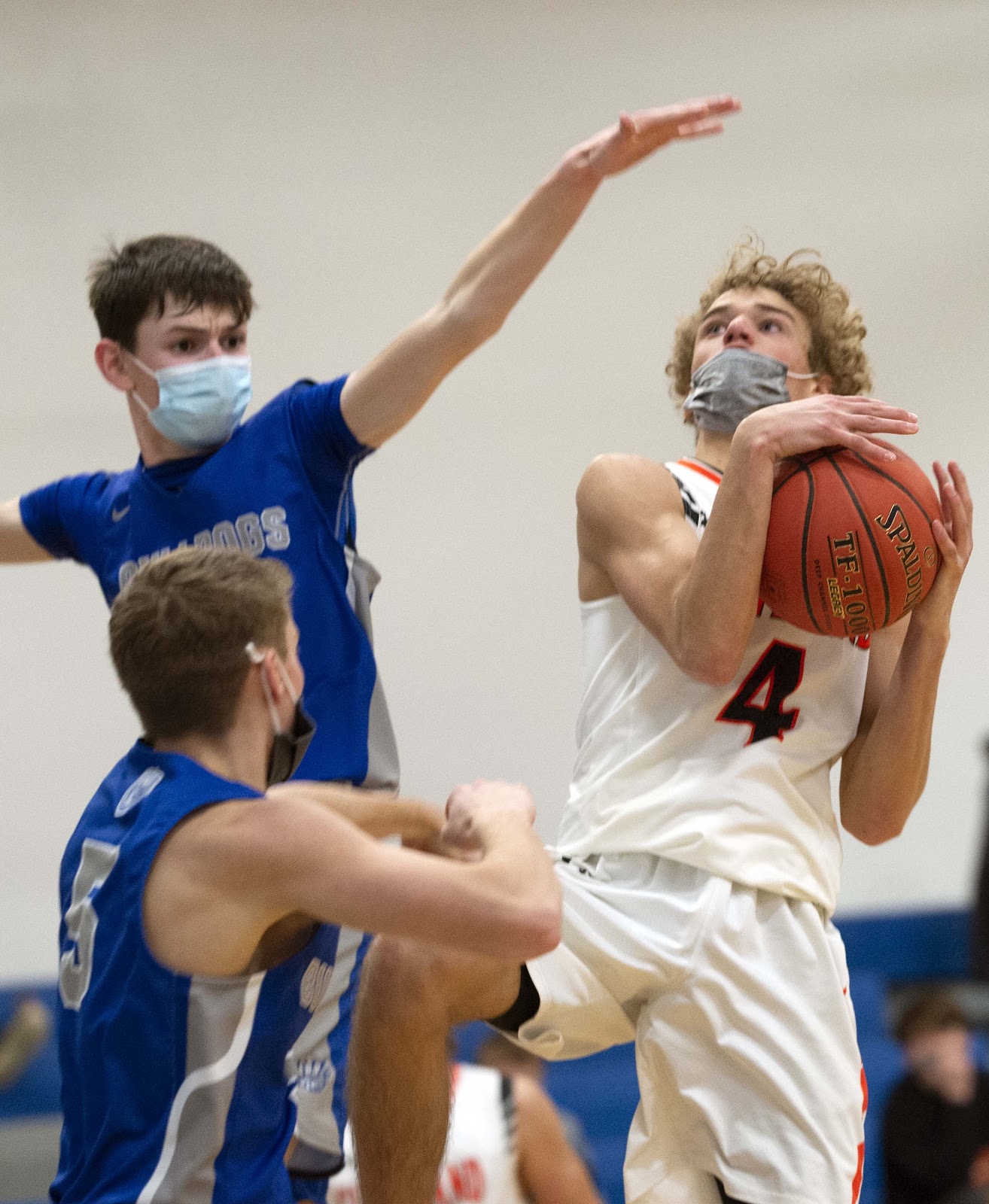 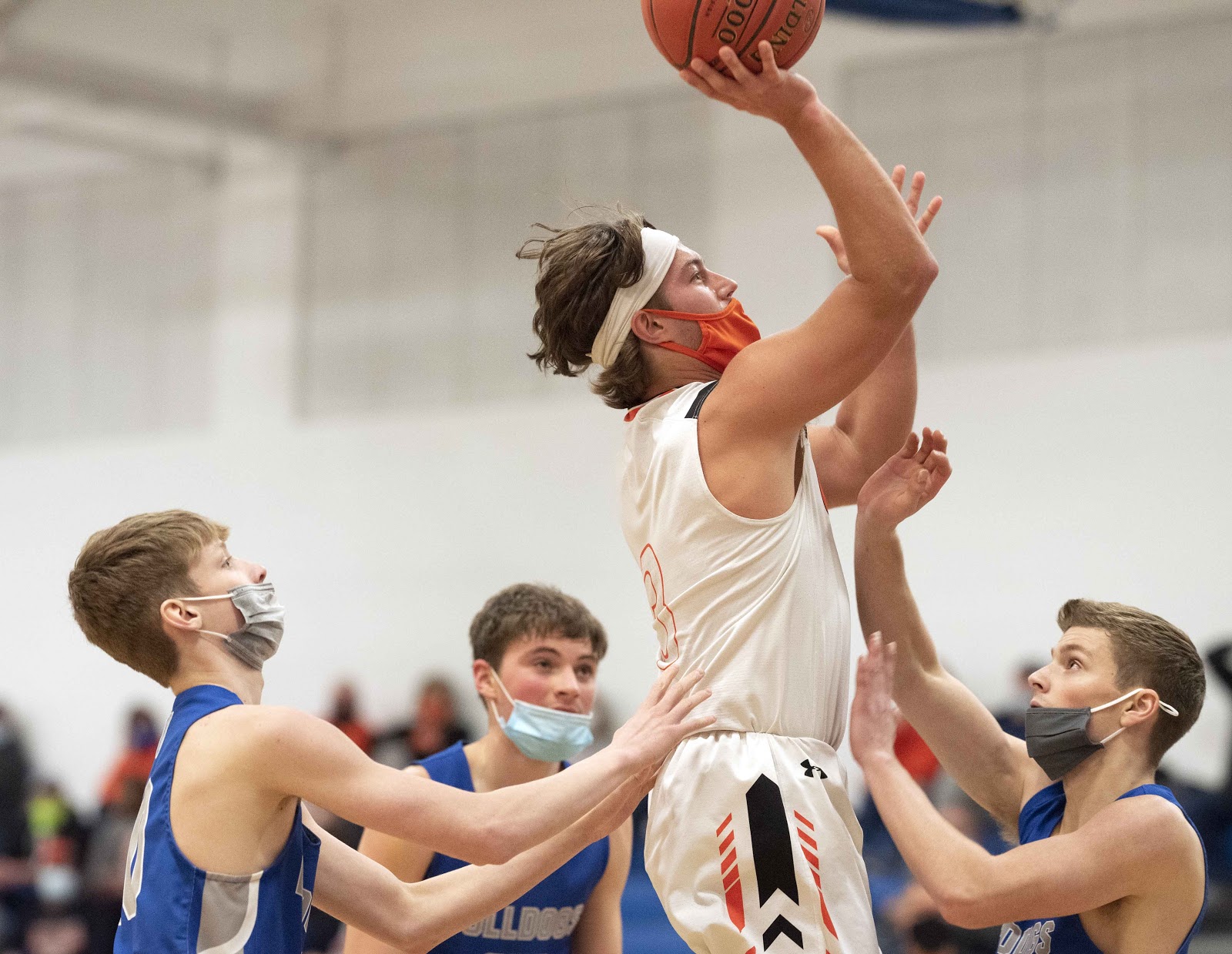 Surrounded by blue, Alex McCabe leaps for a shot.