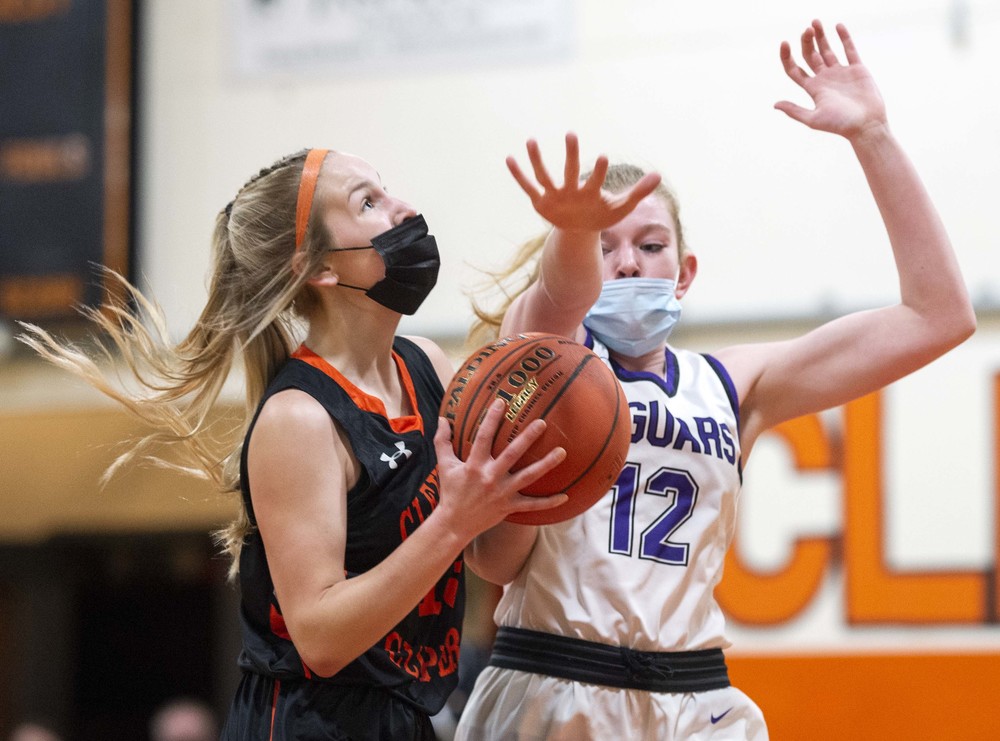 Truman/Martin Luther/Granada-Huntley-East Chain game to town on Friday and beat up the Clipper varsity girls 56-25.

Despite starters Kaylee Karels and Halle McCabe sidelined with injuries, the Clippers, with freshmen Greta Hahn and Mariah McCabe penciled into the initial lineup, were only behind by four, 22-18 at the break.

But the Jaguars, who beat the Clippers only by three on their own floor back on January 28, outscored the Clippers 34-7 in the second half for the easy win. While turnovers plagued the Clippers all night, rebounding was also a problem, said head coach Joe Remiger.

“The first half I thought we should have been up a lot more instead of being behind. I know they’re bigger girls physically and athletically, but we’ve got to be able to crash boards.”

The Clippers rolled out of the gate.

After the jump, possession exchanged six times on steals before Macey Ziebarth (above) hit the front end of a two-shot foul for the game's first point. Emily Kern also made a foul shot, and with threes by Hahn and Ziebarth, the Clippers were up 8-4.

Sarena Remiger made a foul shot, and Ziebarth scored on a drive and also made two foul shots to put the Clippers up front 13-4 before the Jaguars sunk a three.

Ziebarth scored on another drive, but the Jaguars capitalized on three steals and a Clipper turnover to score the next eight points to balance the scoreboard at 15.

Kern took a Ziebarth hand off in for a basket, and Ziebarth made a free throw for the last Clipper points of the half, but the Jaguars added seven points before the break, including a two and a three after steals.

After the Jaguars scored the first five points of the second half, Remiger put in a basket for the Clippers, but the Jaguars went on a 12-point run after that before Kern spun in for a basket at the 7:30 mark.

Remiger scored on a drive but, with 6:39 remaining, fouled out soon after. Later, Jersie Kelley got fouled under the basket and made the front end of two gratuity shots for her first varsity point.

The Clippers put in six two-point baskets, two threes and were seven of 20 from the foul line. Ziebarth led the struggle with 11 points, which included two baskets from the floor, a three and four freebies. Remiger and Kern each had five points. Hahn chipped in three points while Kelley had one point.

Before the game, the Clippers acknowledged their parents and seniors Ziebarth and Halle McCabe as well as the inured Serena Williams, who was not present.

Last Saturday's game in Janesville was canceled. The Clippers play in an 8:01 pm game in Lake Crystal on Tuesday against the undefeated Knights. 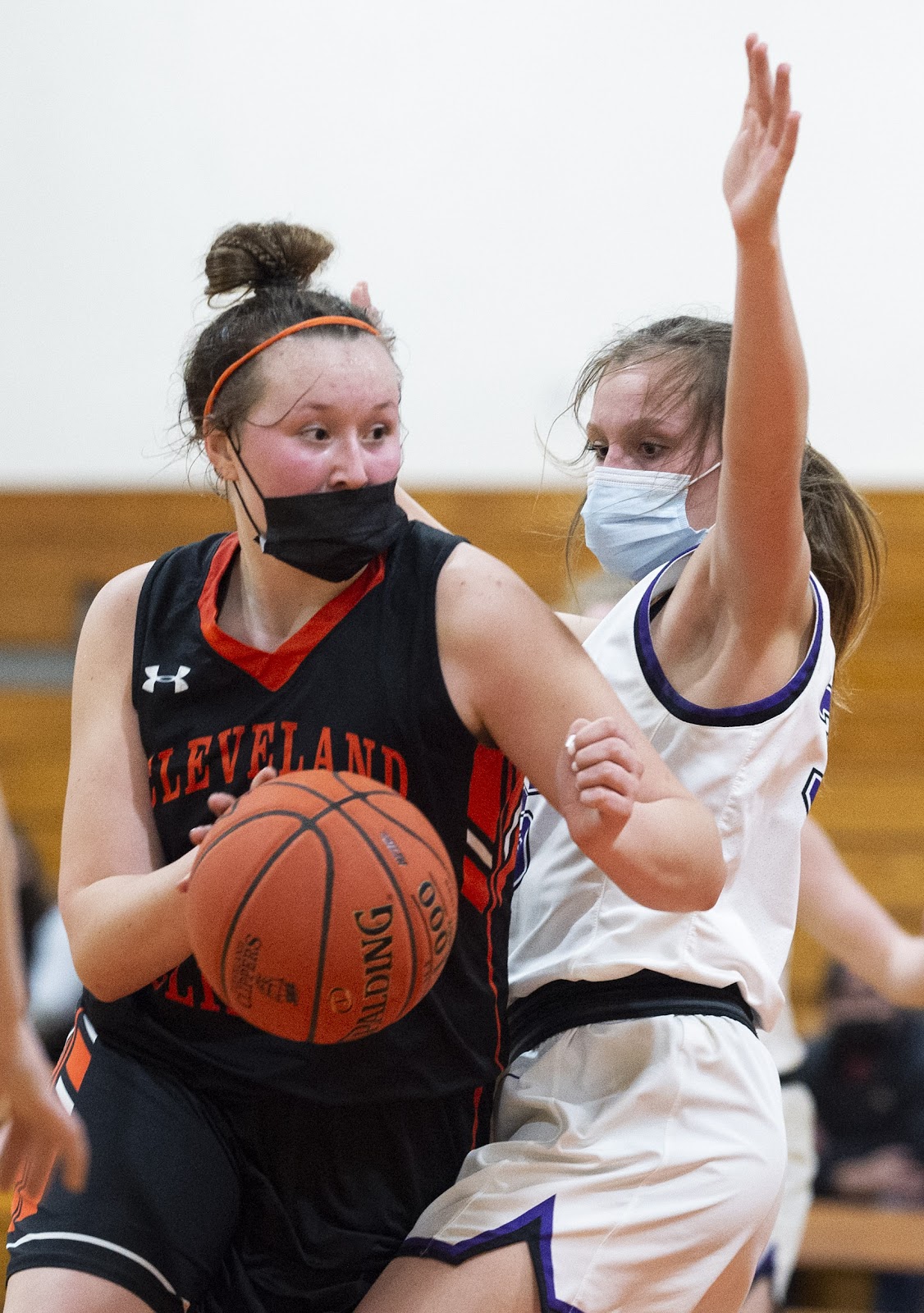 Sarena Remiger muscles her way toward the basket. 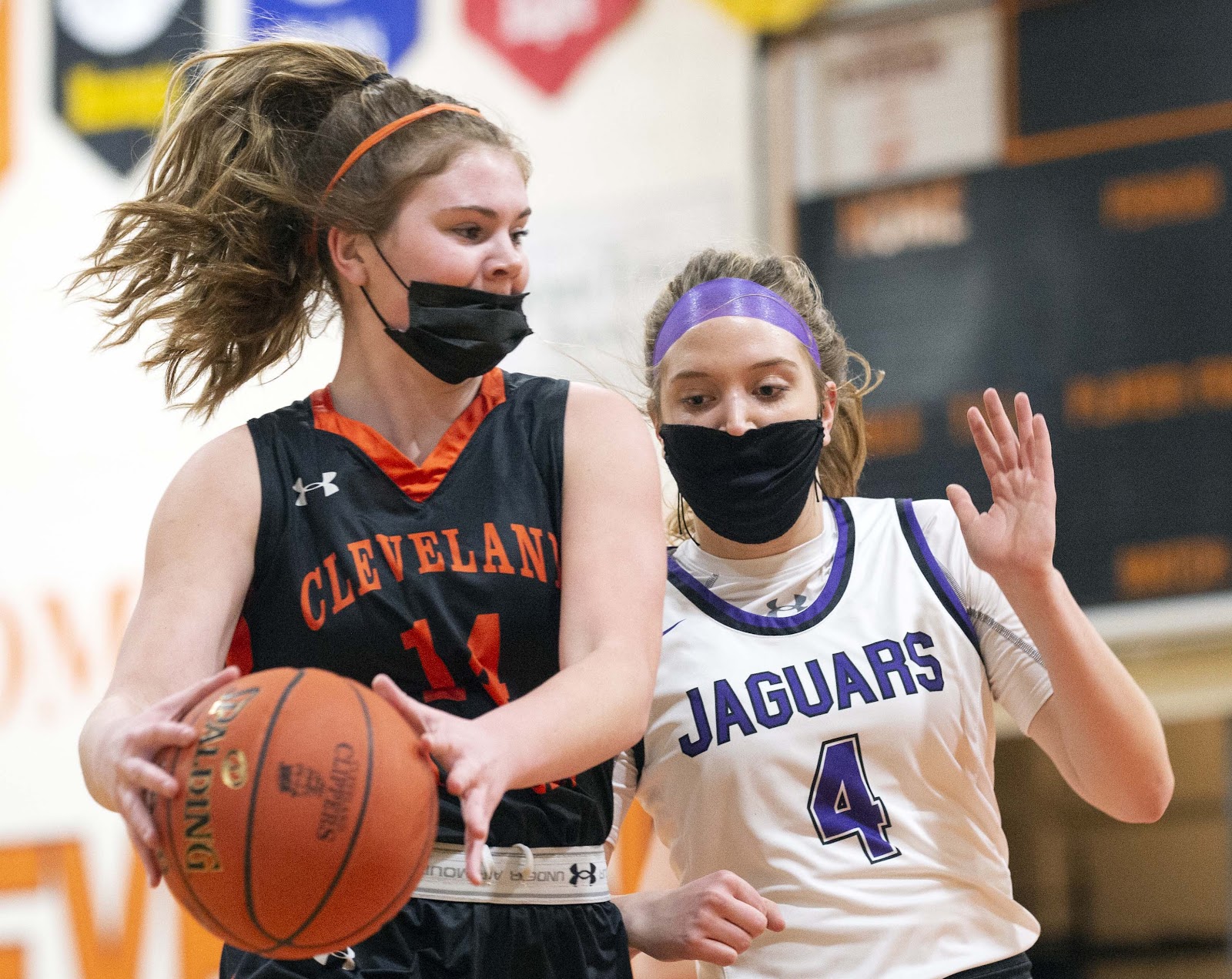 Emily Kern takes the ball inside. 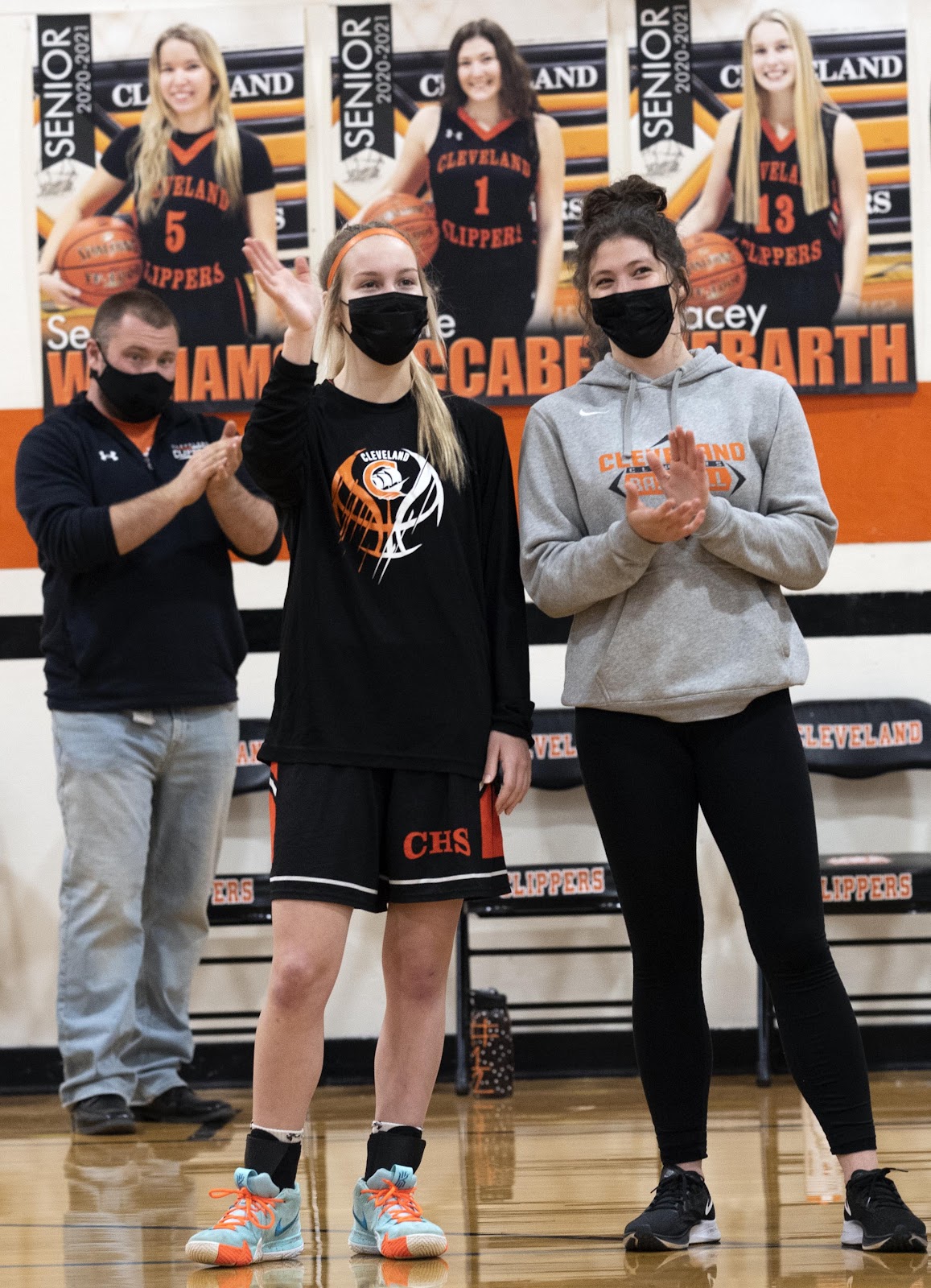 It was both Parents Night and Senor Night on Friday. Here, Macey Ziebarth waves to the crowd as she and her parents are acknowledged. Beside her is Halle McCabe. Earlier, the senior pair was recognized for their contributions.