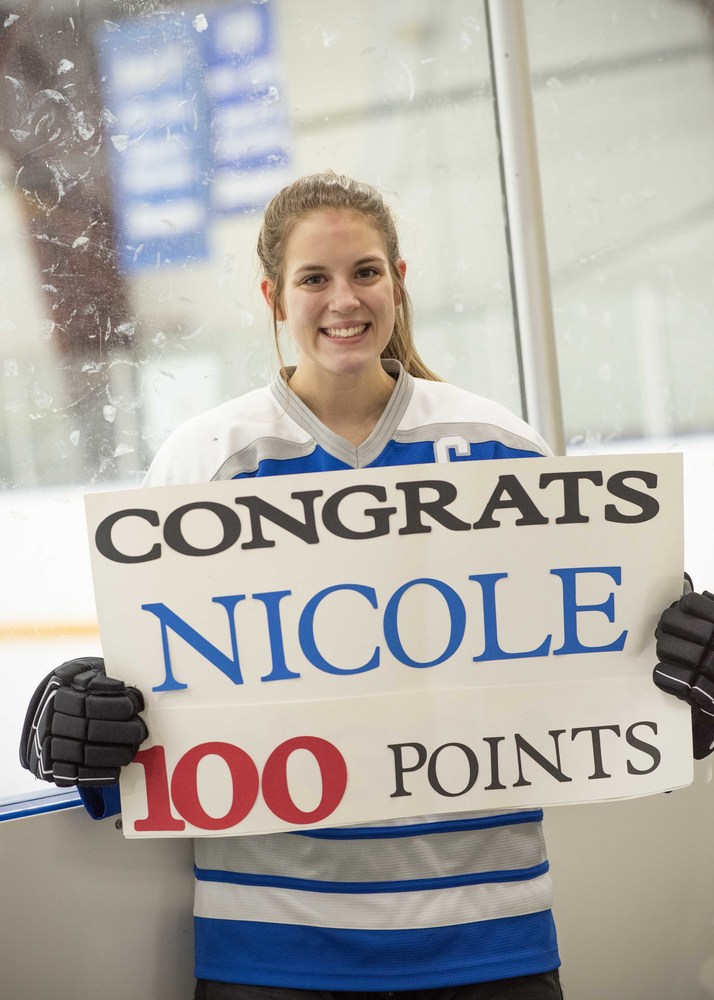 Three weeks and a day after putting in her career 50th goal, Nicole McCabe reached the 100th career-point milestone.

It came in Waseca on Saturday with an assist at 14:11 into the first period. Later in the contest, McCabe sashayed down the ice and dumped in a goal for her 101st point, and the Bulldogs went on to shutout the Bluejays 8-0.

"I felt accomplished," said the senior. "Not a lot of people hit that milestone, and that makes me feel like all my hard work paid off."

After her 50th goal, which also came against Waseca, McCabe needed just four more points (either a goal or an assist) to reach the century landmark. They did not come easily.

Four days after goal 50, on February 16, the Bulldogs dumped host Waseca 7-2, and McCabe tallied one assist. The following Thursday, the Bulldogs had a respectable showing against conference leader New Ulm with a 4-2 road loss. McCabe scored the second of the two goals with McKenna Mueller assisting.

New Ulm came to town the next Tuesday, and this time the Bulldogs topped the Eagles 2-0. Mueller put in the winning goal. With 30 seconds left in the game, the second goal went into a vacant net.

McCabe wasn’t part of the action on either score in the win over New Ulm, but on February 25, she scored the winning goal unassisted in the third period when the Bulldogs topped host Marshall.

Back on the Le Sueur ice the following Tuesday, with McCabe still needing a point to make 100, Marshall avenged the loss with a 2-1 triumph, but McCabe wasn’t in on the scoring sequence. As COVID protocol was being sorted out, McCabe missed the trip to Fairmont on March 4, but the Bulldogs easily downed the Cardinals 4-1.

Back in action on Saturday, McCabe’s 100th point came when her shot from 20 feet out bounced in front of the net to awaiting teammate Anna Pavlo, who punched it in to put the Bulldogs in front 4-0.

Later, at 2:20 into the second frame, McCabe took an Emma Seaver handoff and broke away to score herself.  For her 102nd point, McCabe also assisted the Bulldog's next goal, which Pavlo put in 51 seconds into period three.

"The Bulldog Machine was firing on all cylinders,  and all players need to be congratulated on an outstanding team performance," said head coach Tom Blaido.

McCabe will look to add to her point and goal totals when the Bulldogs, third in the Big South with a 9-4 record, host Fairmont on Thursday. New Ulm is 11-1, and 9-2 Laverne holds the second slot. 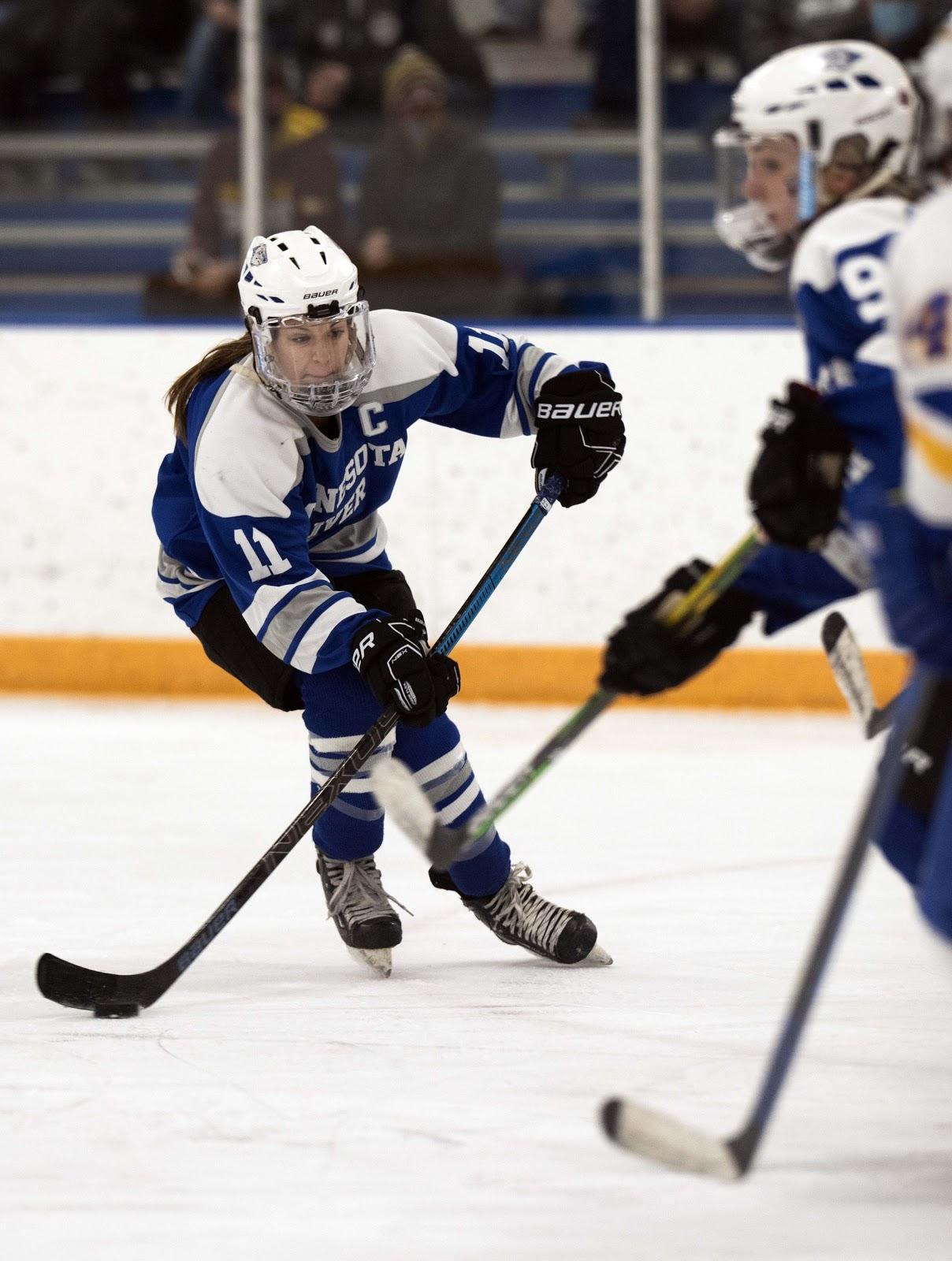 Nicole McCabe poises to take a shot that ended up as an assist and her 100th career point.