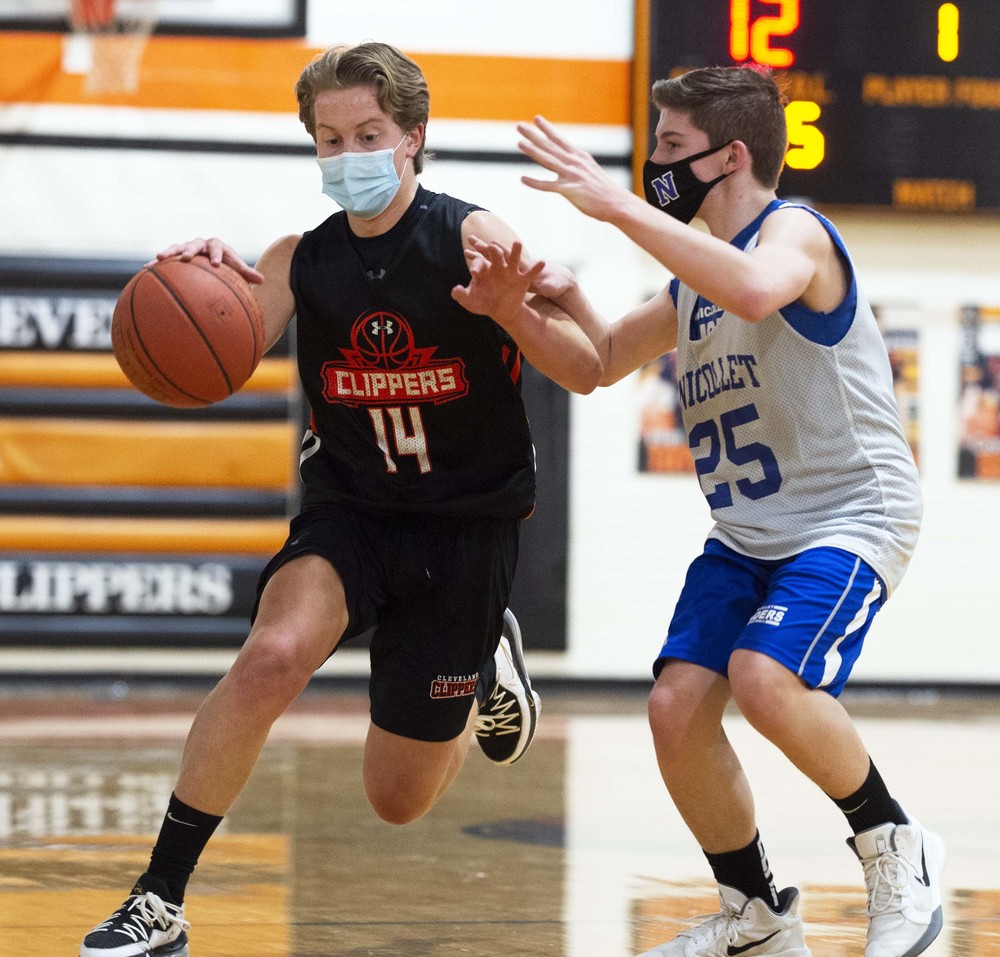 Visiting Nicollet trailed for most of the game but surged in the final minutes to top the eighth-grade boys on Monday in their season finale.

With the Clippers up 20 to 10 at the break, Blake Lyons scored the first basket of the second half, but the Raiders went on a dozen-point spurt to knot the score at 22.

Kale Kelley took a Lyons handoff in for a bucket to put Cleveland back up front, but with the Clippers missing shots under the rim, the Raiders put in the next six points, including an easy two inside when the Clippers missed coverage.

Kyle Connor put in a jumper, and Lyons grabbed a rebound after a Clipper missed foul shots for a 28-28 tie with 3:20 remaining, but the Raiders made a two and then a foul shot to regain the lead.

The Clippers had chances down the stretch but missed foul shots and couldn’t convert after steals, and the Raiders preserved their lead for the triumph.

The Clippers were solid in the first half.

Hunter Plafcan pulled down an offensive rebound and score for the Clippers’ first basket. Lyons took a long pass up and in, and Connor also scored inside to put the Clippers up front 6-4.

After a Kelley steal and assist, Lyons scored, and Plfacan grabbed a rebound in the paint and put it back up for a 10-5 Clipper advantage.

Nicollet managed a basket but Kelley dropped in a two-point shot, and Connor swished a three. 14 rebounded and scored for the final Clipper points of the half. 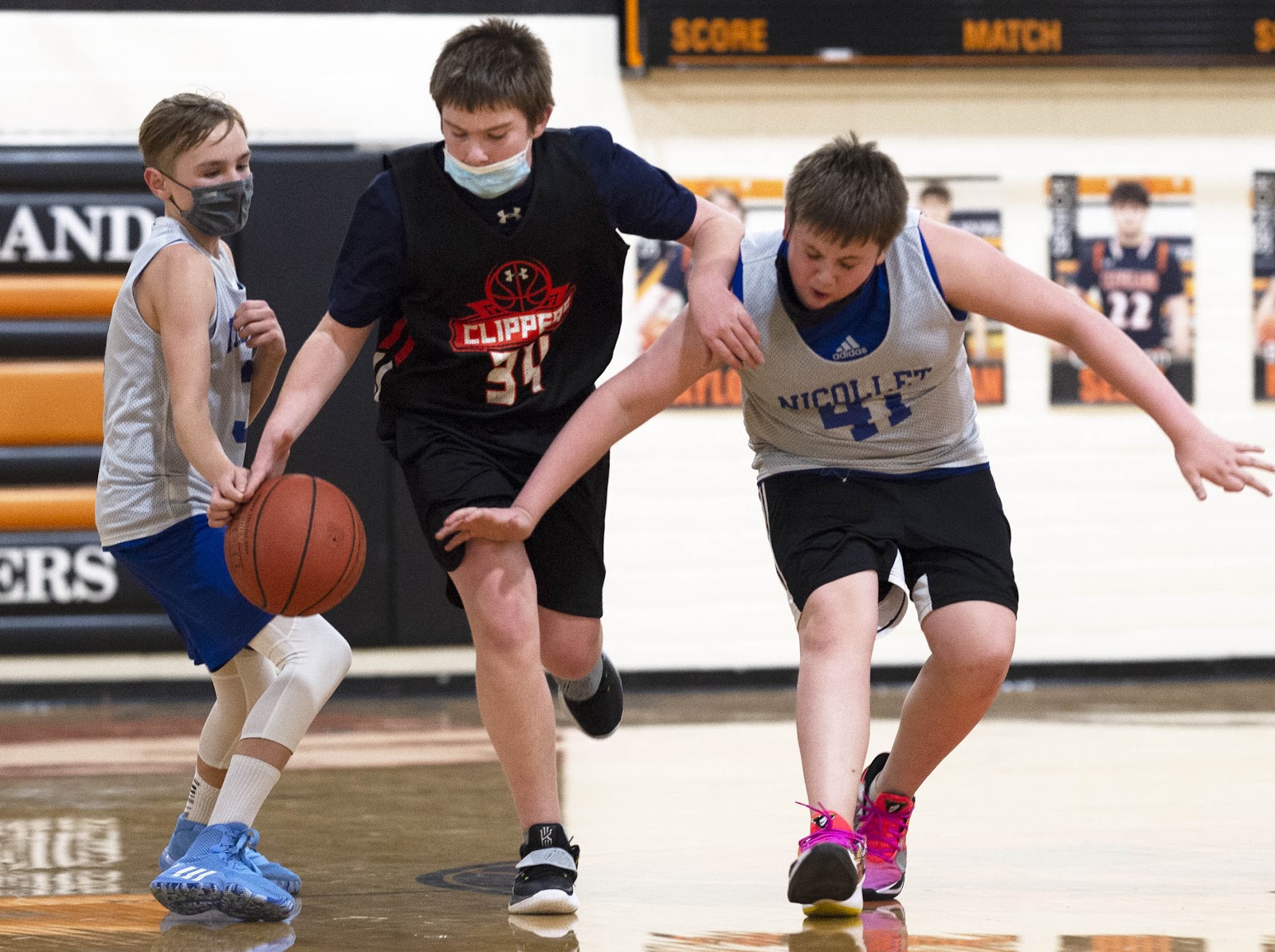 Hunter Plafcan dribbles through a pair of Nicollet defenders. 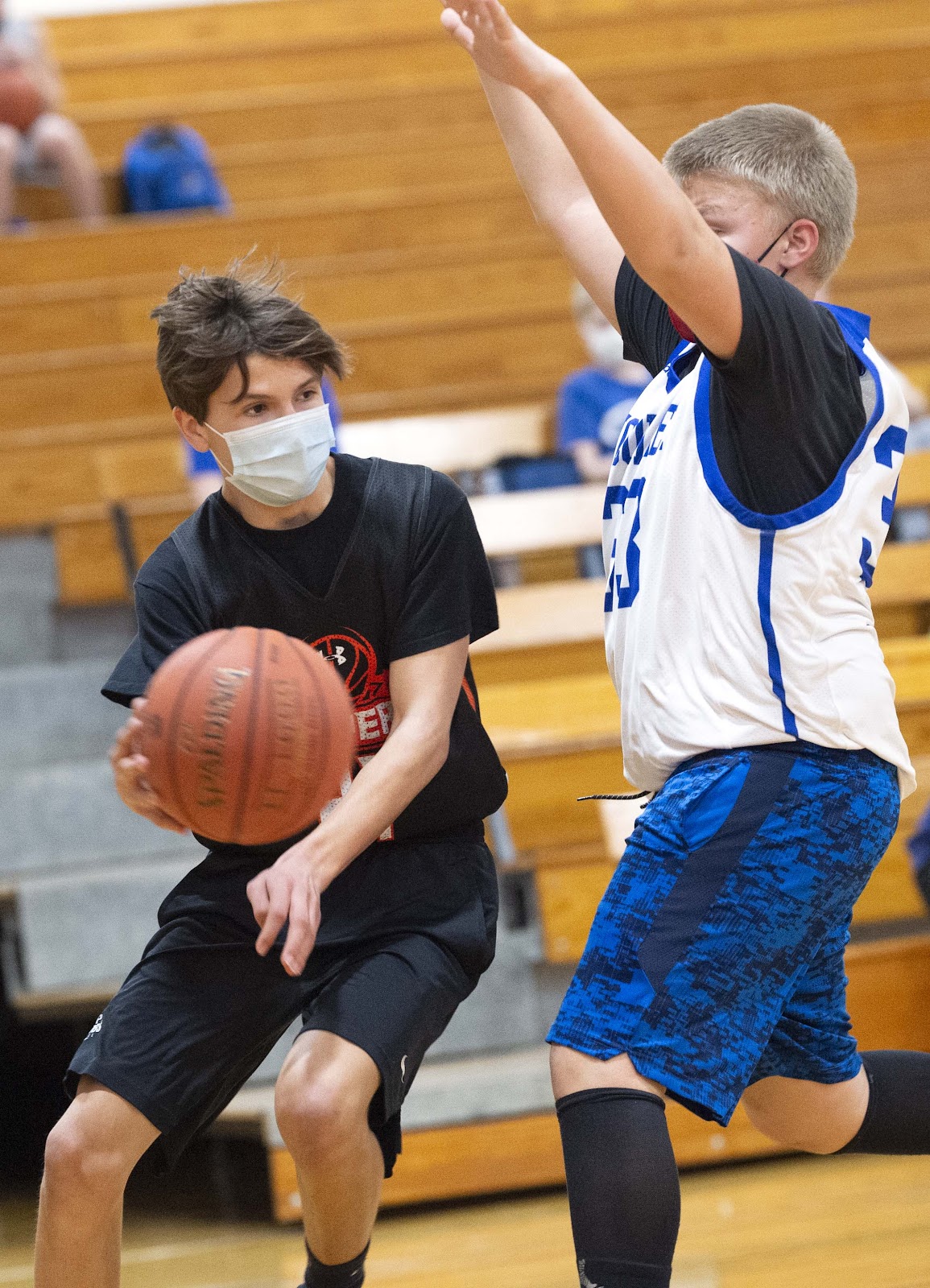 Kyle Kelley passes around a defender. 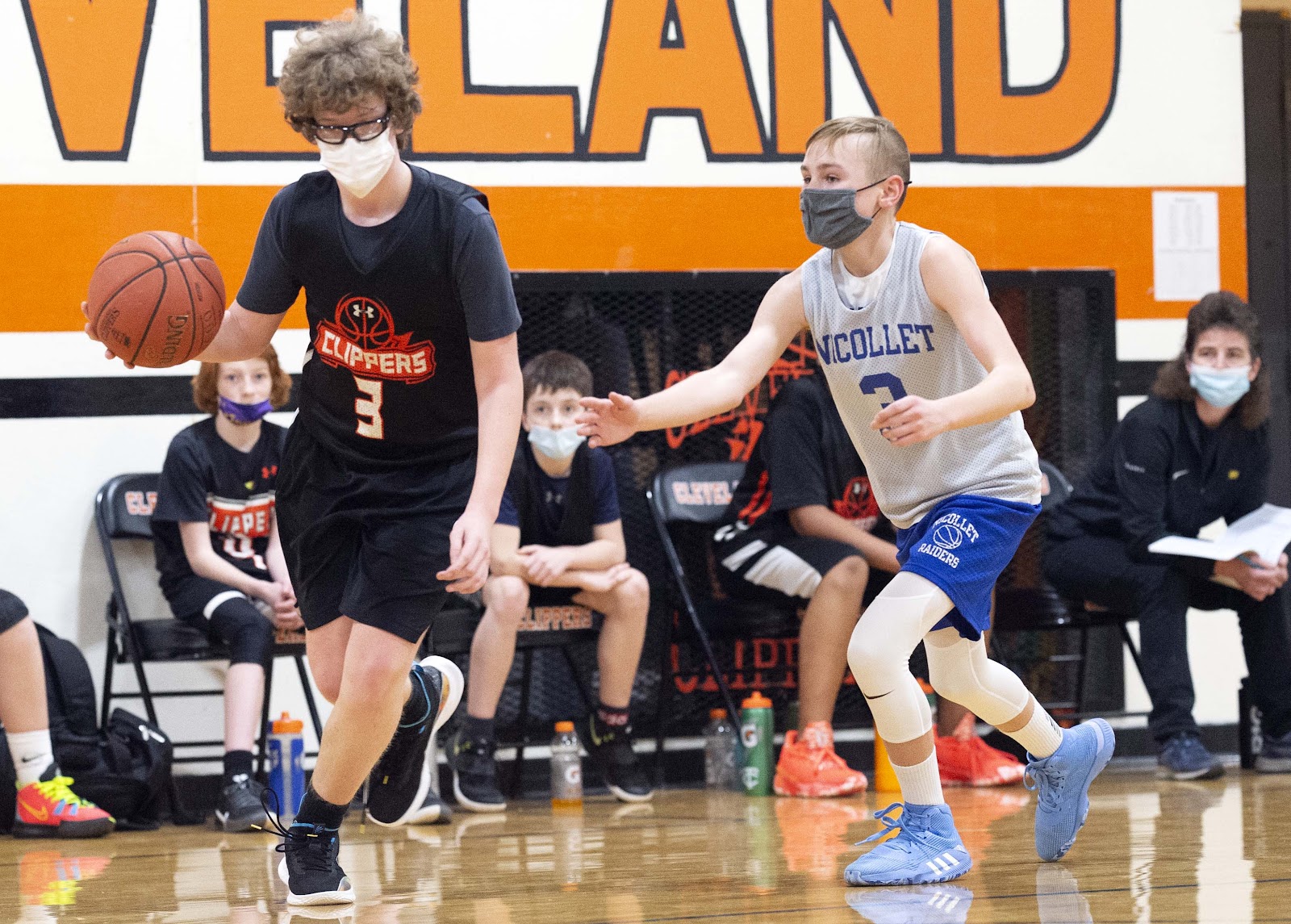 Kyle Connor takes the ball past the Clipper bench. 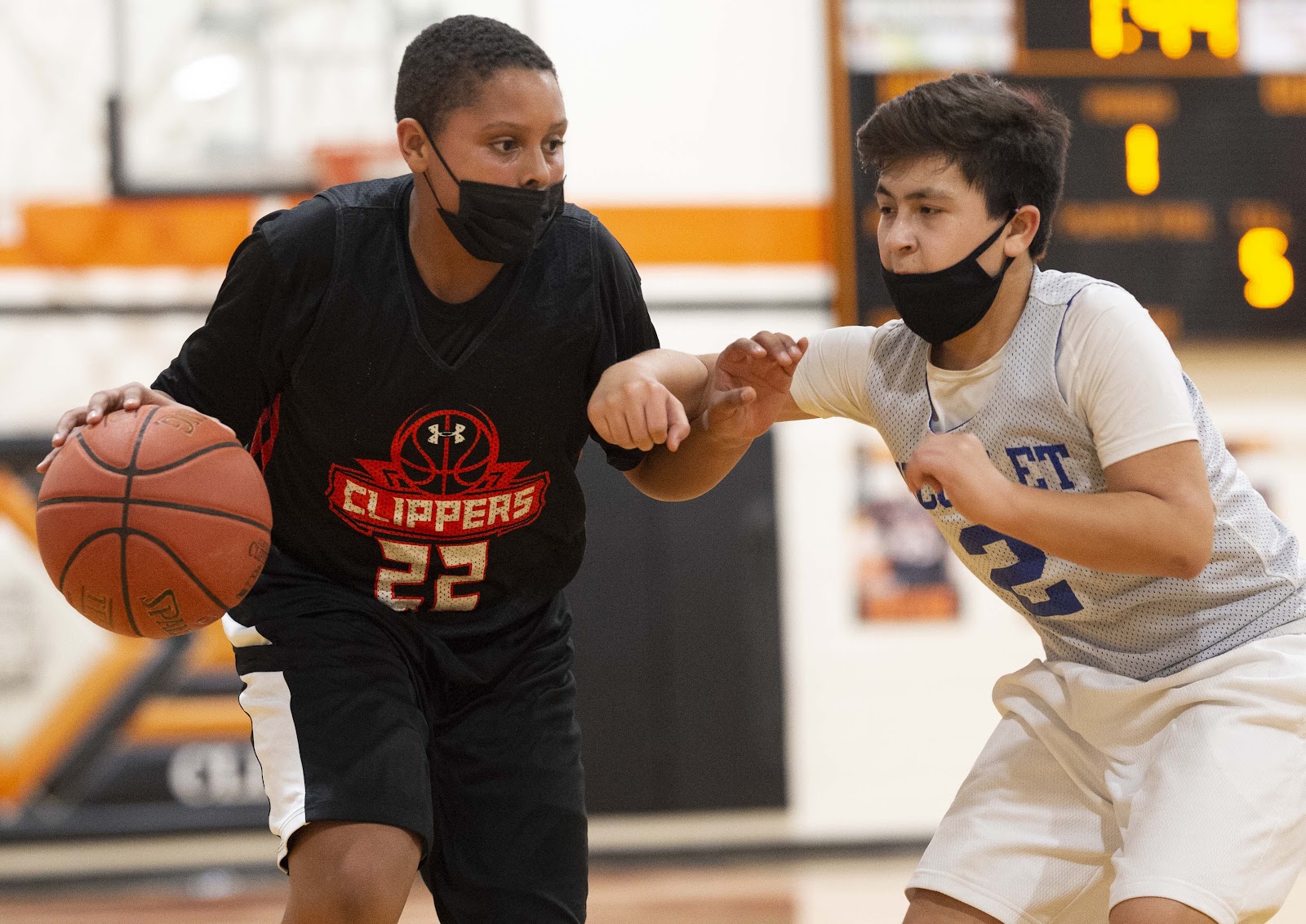