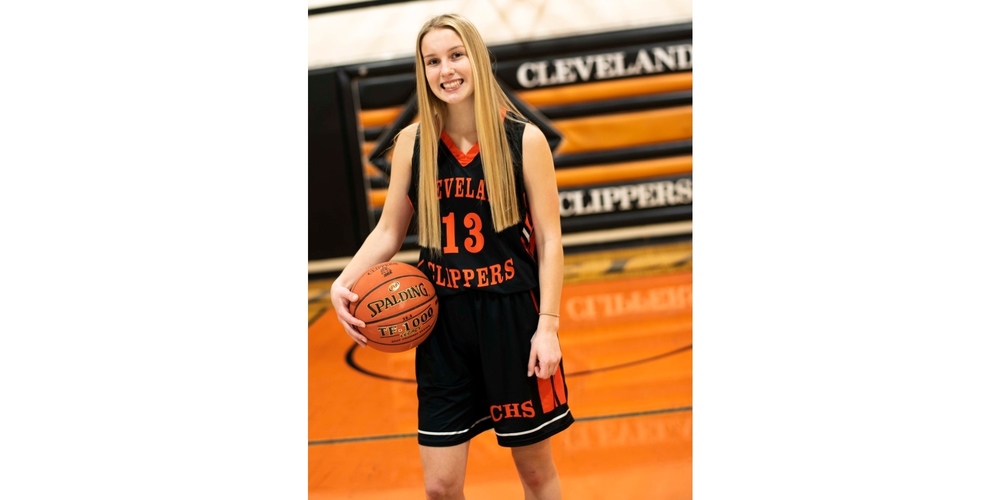 Ziebarth reflects on season as Clipper girls prepare for playoffs

Known for her penetrating drives and solid three-point shooting too, Macey Ziebarth—with 207 points so far this year—leads Clipper varsity in scoring.

Had not the Clippers been limited to just 13 regular-season games (half the normal season), the senior guard would have posted some higher numbers, but with COVID mandates guiding athletics, Ziebarth was grateful to be playing at all.

“When I thought my high school basketball career was over, I started reflecting on my junior season. It wasn’t anything how I wanted it to end. Finding out we were able to have a season was a gift. I was upset that we were going to have a shortened season, but my teammates and I took whatever we could get.”

Being back on the basketball court in January in the midst of a pandemic took some adjusting.

“The first week of practice was very rough with having to wear masks, but eventually it was something we all got used to.”

But she knew the Clippers would not be the same as last year either.

“All of us worked so hard in the off season. I didn’t want to be playing against an opponent and them having the mindset of ‘Oh we're playing Cleveland. This will be easy.’”

And it wasn’t. While the Clippers finished the regular season 6-7, they gave most every team they played a solid run for their money.

“We definitely were able to change that,” Ziebarth said. “We held ourselves against teams that blew us out last year.”

But injuries hindered the Clippers. Only in six games were all five regular starters in uniform. In five of their games, two starters were out for all or most of the 36 minutes.

“That hurt our team,” Ziebarth said, “but we had younger girls to help step up.”

Then, just before the final three regular season games, the Clippers, on the road to healthy again, were thrust into quarantine. They have not competed since March 5.

“It wasn’t anything we expected,” Ziebarth said, “but there was nothing we could do besides go get tested and be patient.”

But the Clippers will be back in time for playoffs, and they may be a sleeper. Ranked sixth in the subsection, they take on third-seeded Buffalo Lake-Hector-Stewart in Hector today (Wednesday). The winner plays either the winner of fourth-ranked Sleepy Eye vs fifth-ranked Central Minnesota Christian on Friday at the high seed.

“I didn’t think I would be going back to playing with my team, but thankfully I am,” Ziebarth said. “We missed some games because of our quarantine, but we will hopefully make a run in playoffs.”

When her high school career is finally over, Ziebarth said she is going to miss the support that came with being a member of the Clipper team.

“Playing Cleveland basketball has been one of the things I lived for. No matter how good or bad we were, the community was always positive towards us. My best friends are on this team, and I will be leaving them soon. My coaches are the best, and I’ll definitely miss the dumb jokes they throw at me.”

And while Ziebarth had originally planned to compete at the next level, she recently decided to focus entirely on her studies.

“It had been a dream of mine to play college basketball, but I am majoring in nursing, and girls who played basketball while trying to maintain a nursing degree say it is very difficult. Most girls have to quit because of classes or clinicals.”

It was a difficult choice, especially since basketball has been such a large part of her life.

“It’s very hard to let go of a sport I’ve played since I was five. I’ve played basketball year-round forever, and not playing will definitely be a huge change for me. I’m going to miss the sport that pushed me to be my best, but I’ll always cherish the memories it brought to me.”

But basketball has also taught Ziebarth to never take anything for granted.

“This season you never knew if this would be your last practice or last game. My teammates and I definitely made the best of it.”