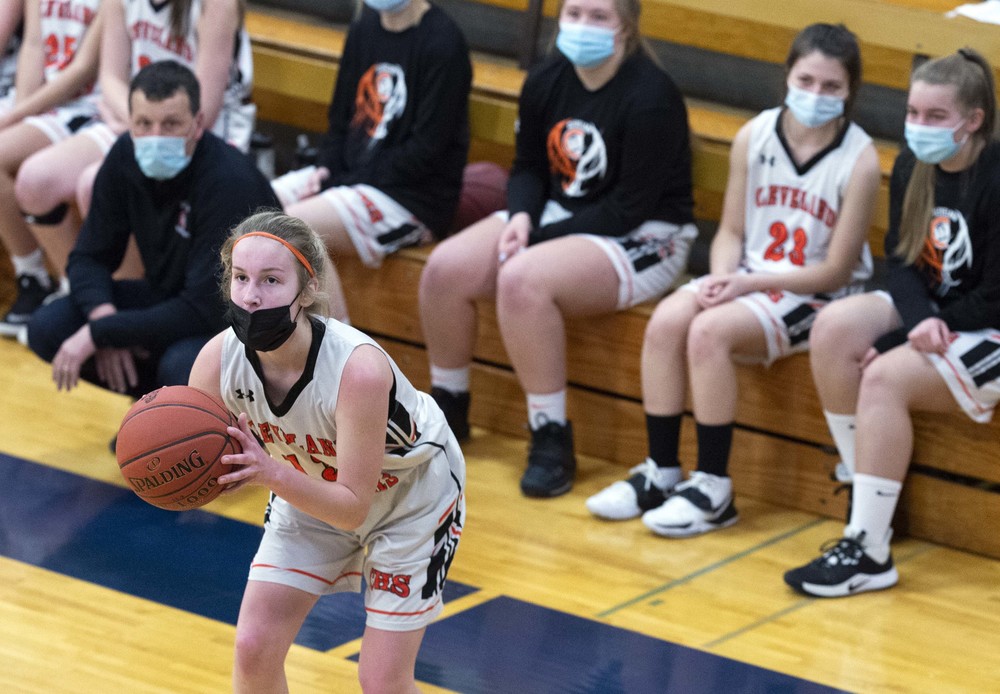 Buffalo Lake-Hector-Stewart ended the season for the visiting Clipper girls on Wednesday with a 73-37 win in the section quarter finals.

It was the end of a career for seniors Halle McCabe and Macey Ziebarth (above).

A practice the day before was the only meeting the sixth-seeded Clippers had before gametime since going into quarantine on March 5.  While the Clippers perhaps weren’t 100 percent healthy, their top five of McCabe, Ziebarth, Emily Kern, Sarena Remiger and Kaylee Karels were on the floor for the jump ball.

Ziebarth’s basket from behind the arc put the Clippers up 3-2. She would go on for four more threes and finish the night with 19 points.

The third-ranked Mustangs went on the steal to for the next two baskets. While McCabe was pulling down a series of defensive rebounds and one O rebound too, Ziebarth dropped in another three for 6-6 tie.

But BLHS, aggressive on defense, responded with a pair of threes and then went up 17-6 before Ziebarth hit another three.

The Mustangs scored the next eight points before Ziebarth took the ball inside for a basket. Kern scored back-to-back baskets, and Ziebarth pulled out another three, but the Mustangs had 34 points by then.

Karels and Remiger each scored a basket, but that was it for the Clippers in the first half, and the Mustangs led 46-22 at the break.

With a Karels three, a Remiger layup after a Kern handoff and yet another Ziebarth three, it looked like the Clippers might make a surge early in the half, but the Mustangs maintained control.

Ziebarth and McCabe made an emotional exit with four minutes left as younger players took to the floor.

The Clippers finish their season 6-8. 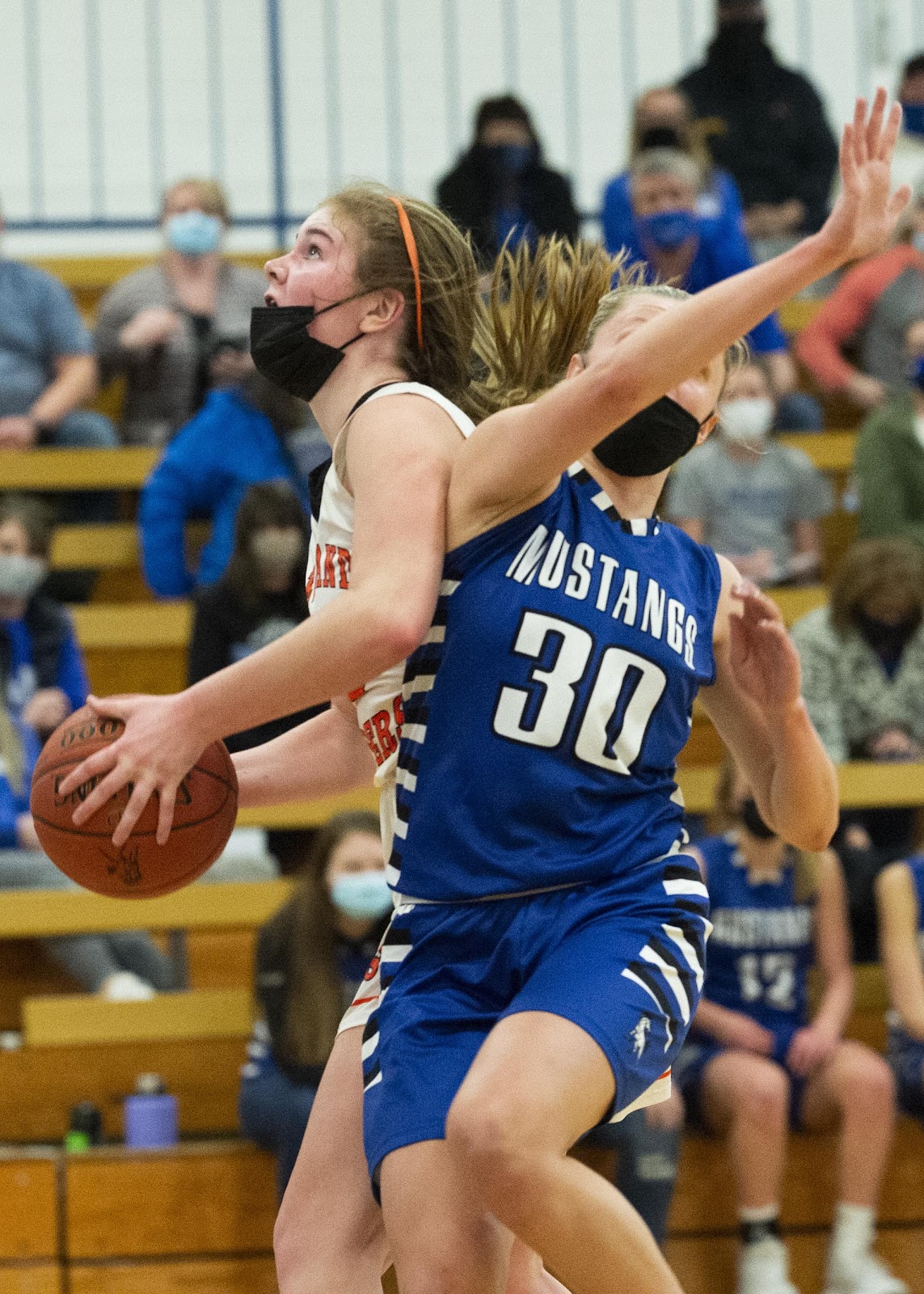 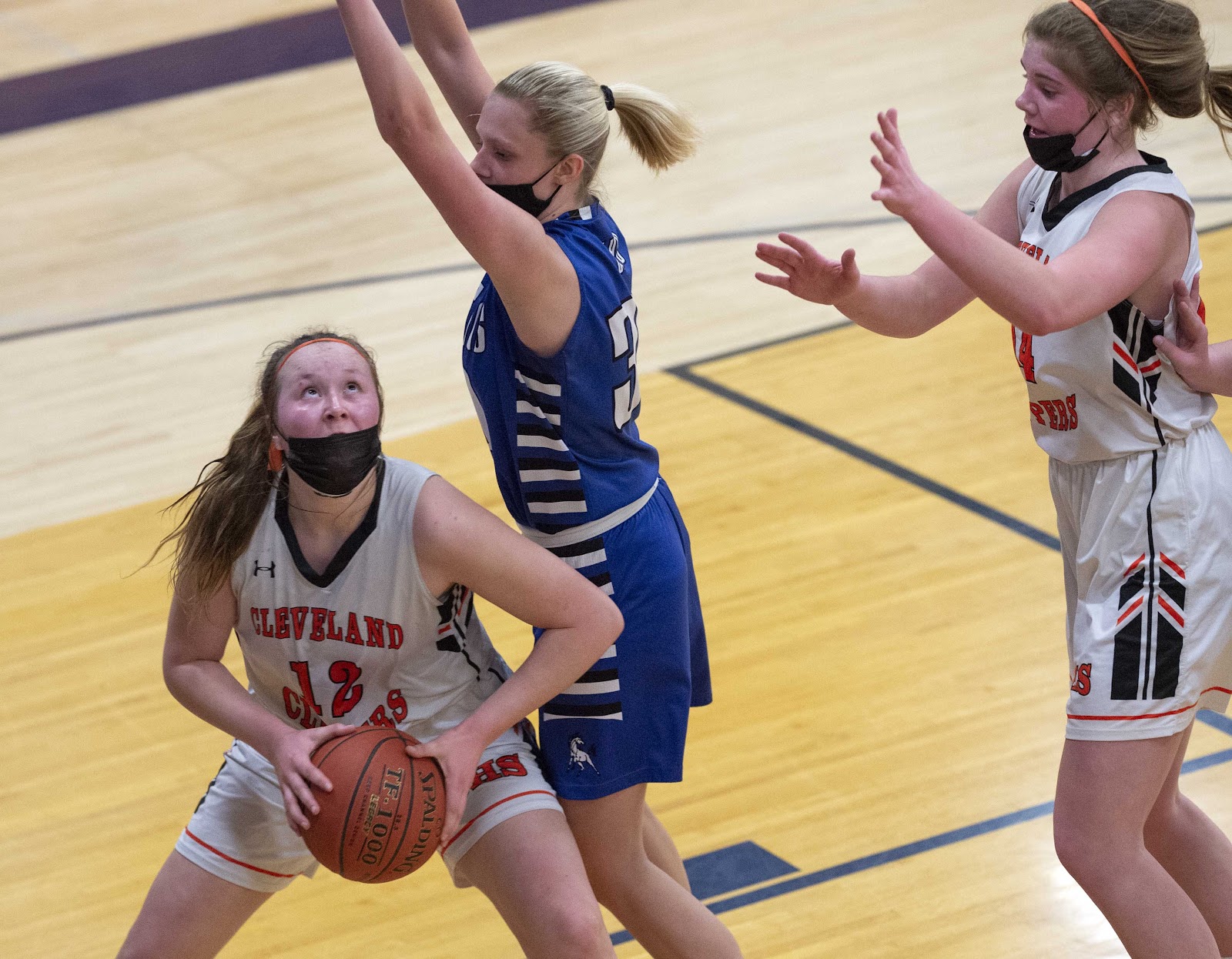 Sarena Remiger sets her sites on the basket while Emily Kern moves in for a handoff. 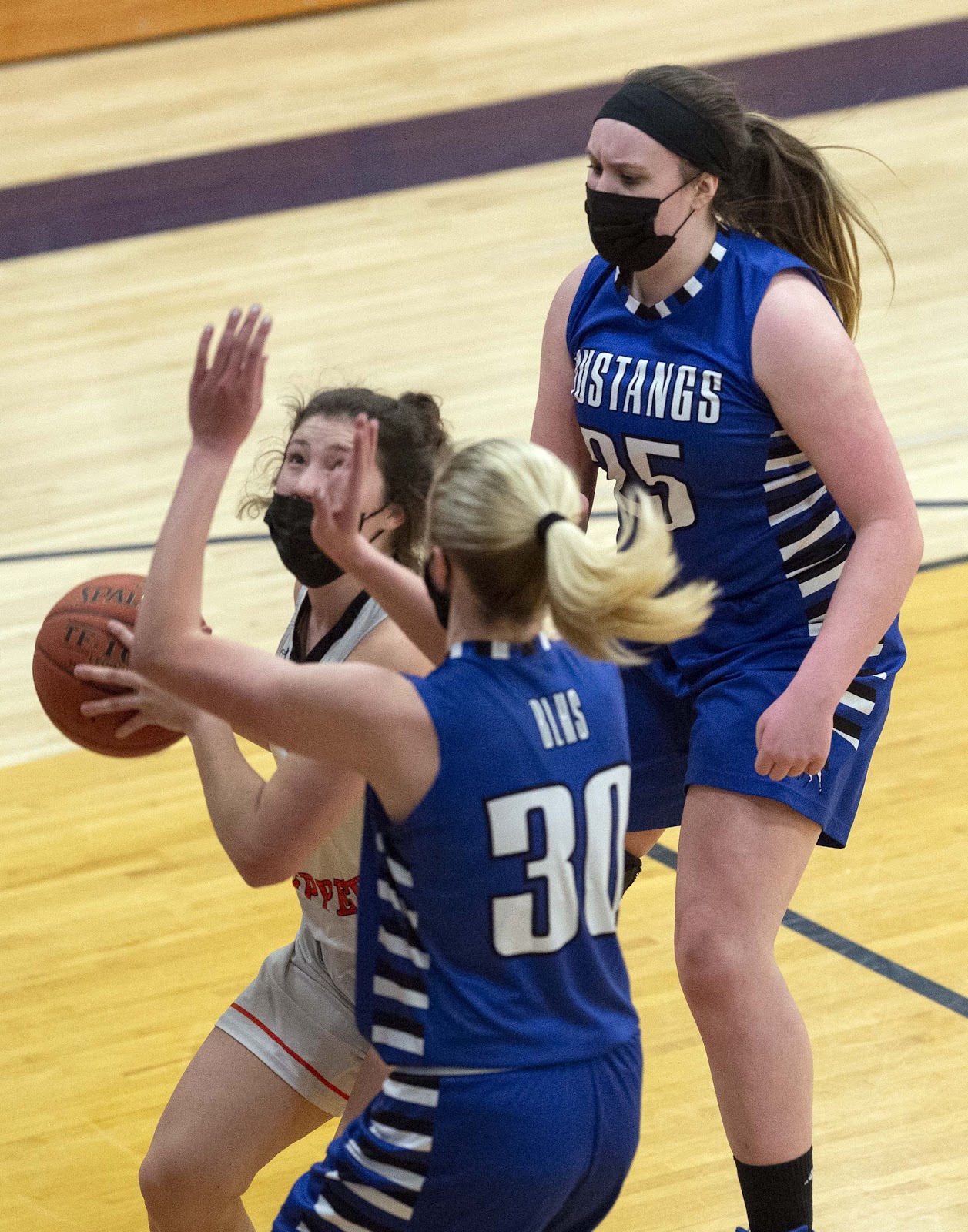 Halle McCabe goes inside for a contested shot. 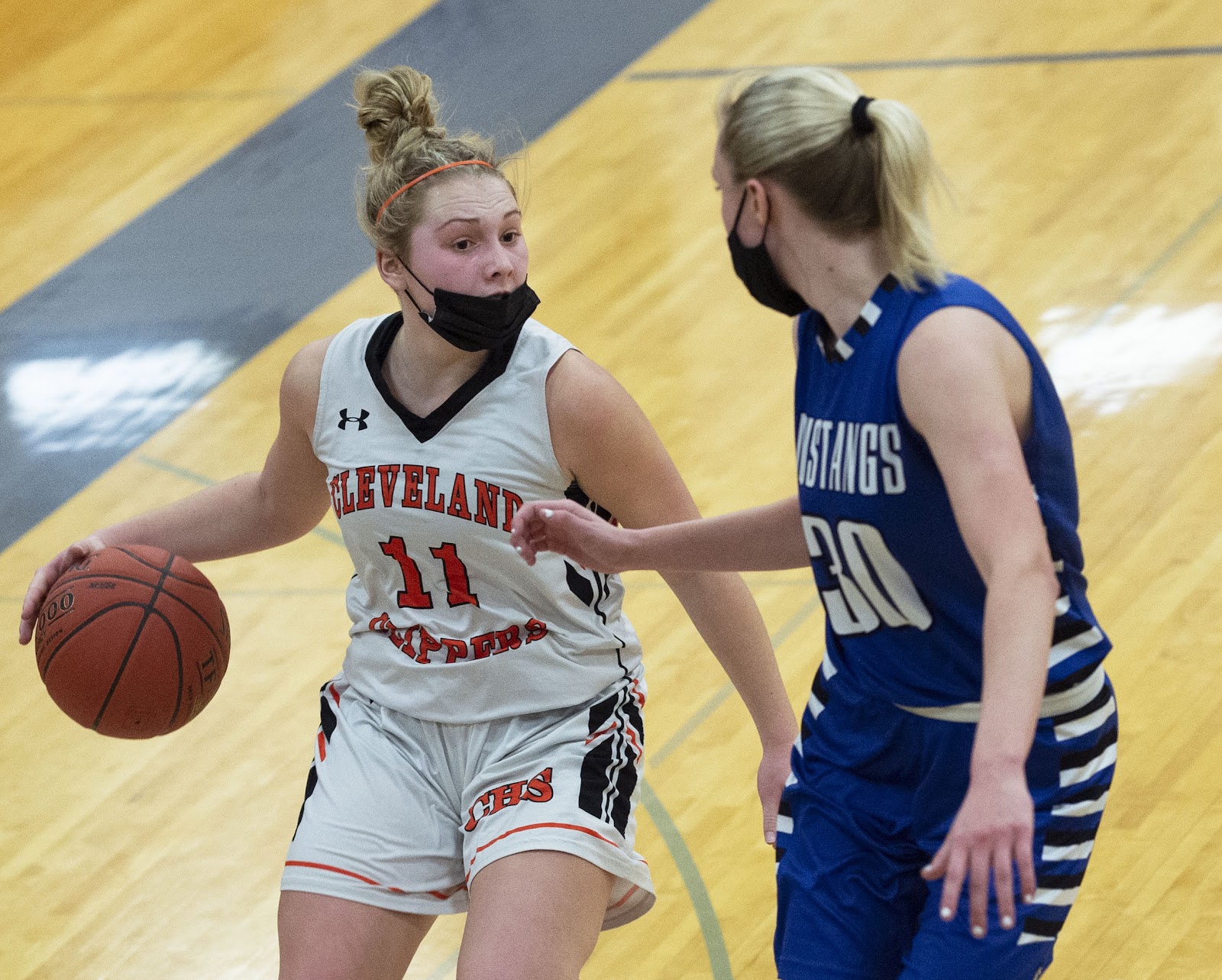 Kaylee Karels looks for a way to get the ball to the basket. 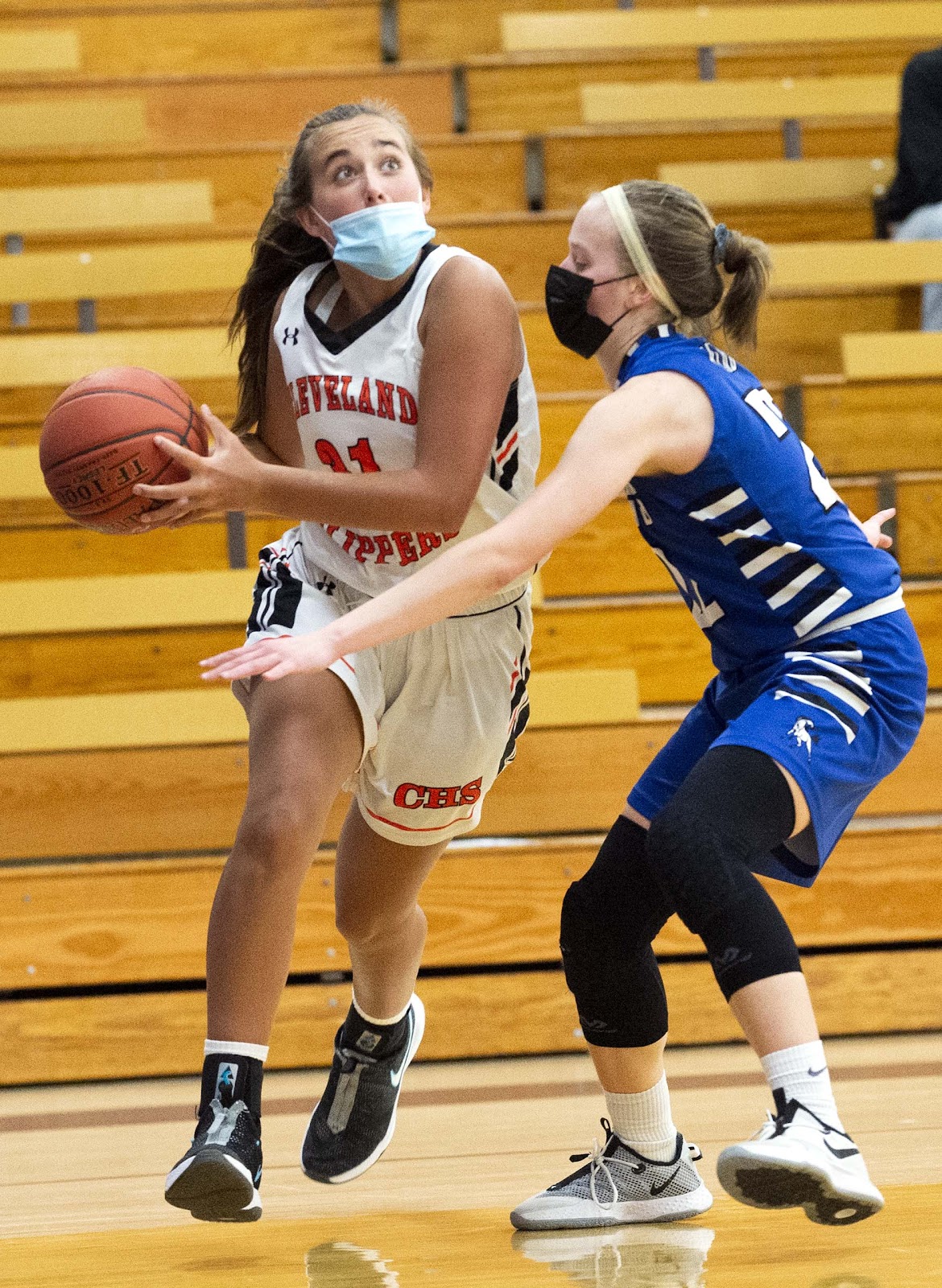 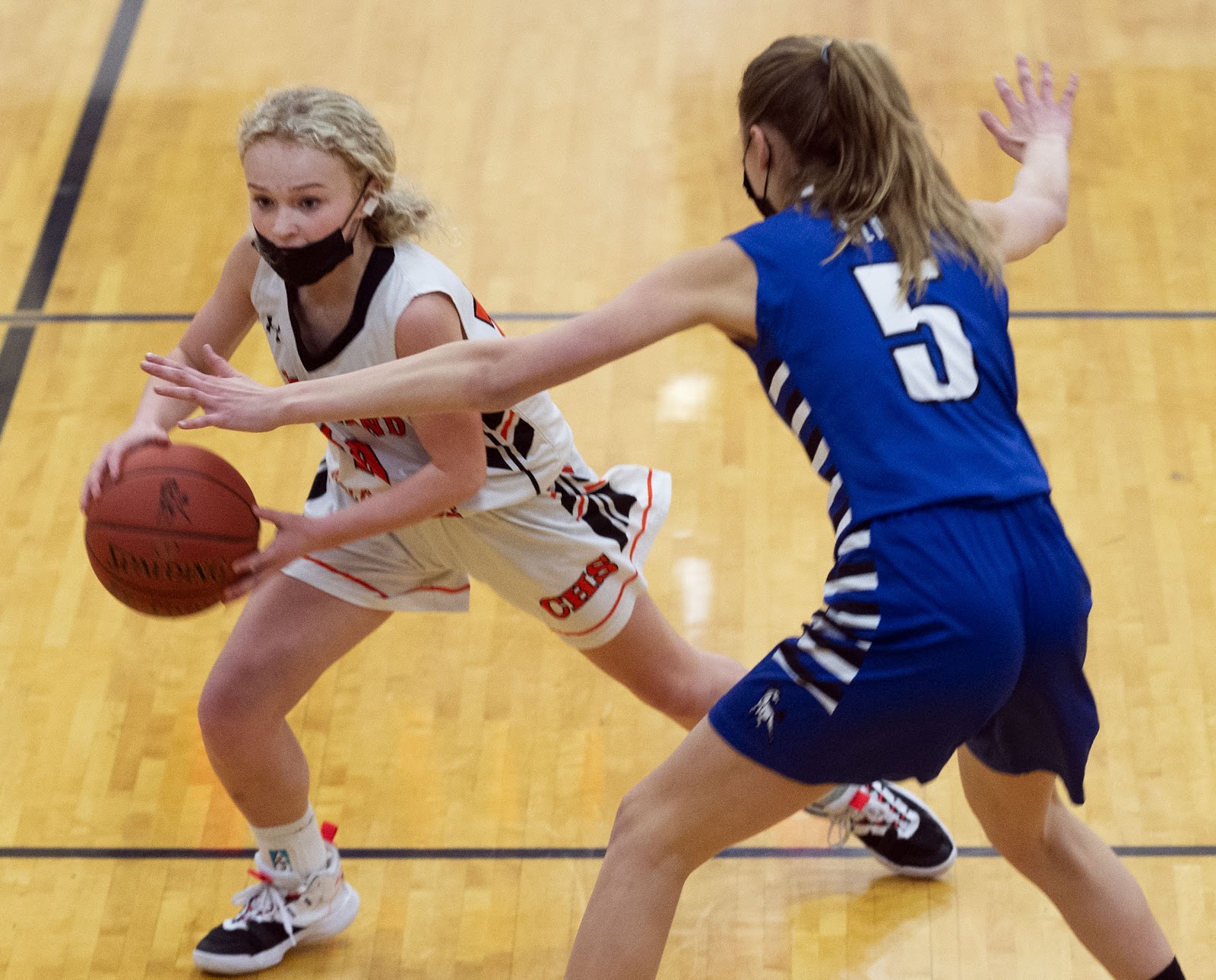