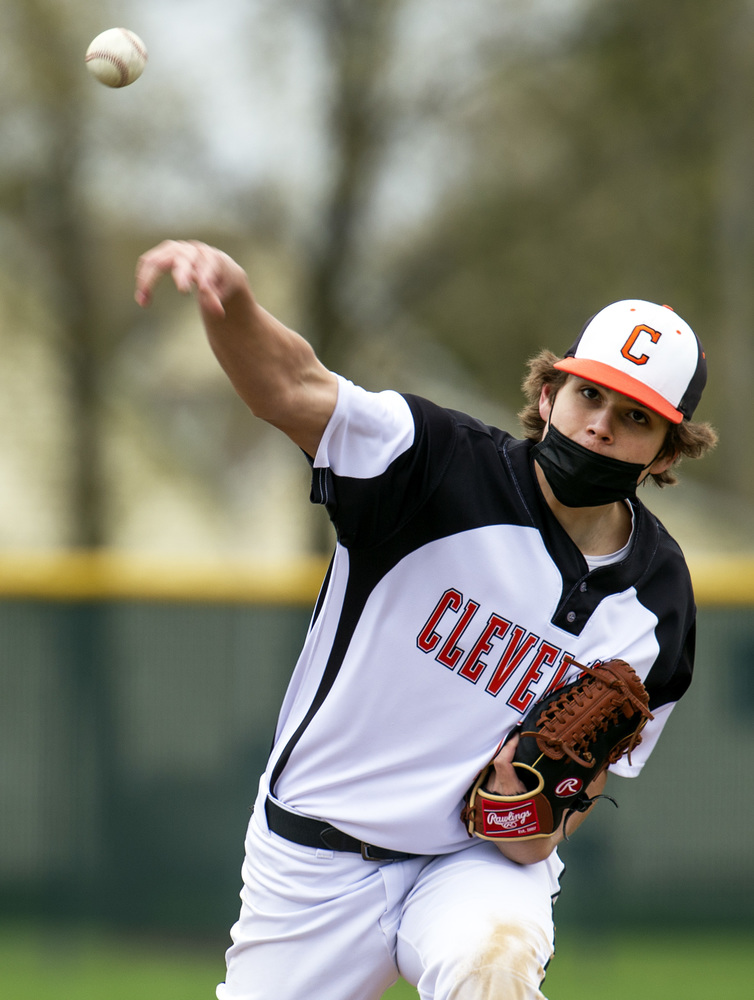 The 2021 Nicollet varsity baseball team includes a group of seniors who haven’t played the sport since elementary. They joined the Raiders this season to have some fun during their final two months of high school.

Randolph, on the other hand, although some years up and others down, has a proven baseball tradition. After all, Minnesota Twins reliever Caleb Theilbar graduated from there.

Somewhere in the middle of the two are the Clippers. They came from behind to top the Raiders 8-3 in their season opener on Saturday but later in the day fell to the Rockets 9-0.

Cleveland head coach Mike Krenik, who officially is a second-year coach even though last season, his first, was canceled, said Randolph is baseball country, something he would like Cleveland to be in the future.

“They play a lot of Legion and summer ball. You can tell how sharp they are…just fundamentally sound  They weren’t maybe solid one through nine, but they just knew what to do…a very disciplined team and fun to watch, and hopefully we’ll get there some day.”

The Clippers got on the board in the bottom of the first against Nicollet. Carter Dylla led off with a walk. Elijah Sullivan reached first on a fielder’s choice, advanced on a Kaleb Timlin single and scored on an Alex McCabe sacrifice fly to put the Clippers up 1-0.

Nicollet posted three runs in the second. Starting pitcher Lucas Walechka (above) hit the lead-off batter. After two stolen bases, the Nicollet runner scored on a missed putout throw. The other two runs scored on a single, a walk and a double.

But it was all Clippers after that. Dylla led off the third with a single, progressed to second on a botched pickoff attempt and went to third on a passed ball. Sullivan walked and stole second, and Timlin reached second on error that scored two runs. After Timlin got to third on a McCabe ground out, Walechka batted him home with a single.

“We didn’t get down,” Krenik said. “I’d like to see a little more enthusiasm in those games, so you don’t let a team that is not fundamentally as sound as you are beat you, but we didn’t drop down.”

While three runs scored, the inning might have been more productive, but after Jackson Meyer singled, Walechka, held at third, got forced off base. Backing up, Jake Anderly, who had reached first on a fielder’s choice, got caught in a rundown, and the Raiders nailed Walechka on his way home for a double tagout.

“It was Bad News Bears,” Krenik said, “but I told those guys, we’ll make mistakes. We haven’t played for two years other than some of the kids played town ball. You forget about things. They’re basically getting their feet wet again.”

Ahead 4-3, Cleveland put up an insurance run in the fourth. Colin Krenik walked, advanced on a Tanyon Hoheisel single and steamed home on an error.

The Clippers added three more State Farm runs in the fifth.  Anderley hit a one-out double, Krenik walked, and Hoheisel got on board on an error that scored Anderley. Dylla walked, and with an error on by the second baseman, two more runs scored.

The Clippers took advantage of six hits, six walks and three errors. They struck out four times. Anderley ripped a single and a double. Timlin, Dylla, Walechka and Meyer each had one single.

Walechka allowed three hits and one walk but whiffed seven. McCabe took over to start the sixth. He struck out two, gave up two hits and walked one. The Clippers committed three errors.

“I told the pitchers ‘all we’re doing is pounding the strike zone and letting the guys field behind them,’ and that’s what they did,” Krenik said. “Then Lucas started throwing some off-speed stuff to keep them off balance, and that helped make the Nicollet batters think they really had to be prepared, and that helped set up the fast ball.”

The Clippers struck out a dozen times against Randolph. They only got on base twice. McCabe walked in the fifth, and Alex Garcia followed up with a fielder’s choice. Walechka and Ethan Fuller were the only other Clippers to put the ball in play.

McCabe started on the hill. He gave up three walks and three hits and struck out one before he got to his pitch count. Dylla took over with no outs in the second. He allowed eight hits, struck out three and walked none. The Clippers made two miscues.

“This time of year…we’ve only been outside five times, and that really hurts you,” Krenik said. “If you can’t get outside you can’t see things in a big dimension, but they’re learning.” 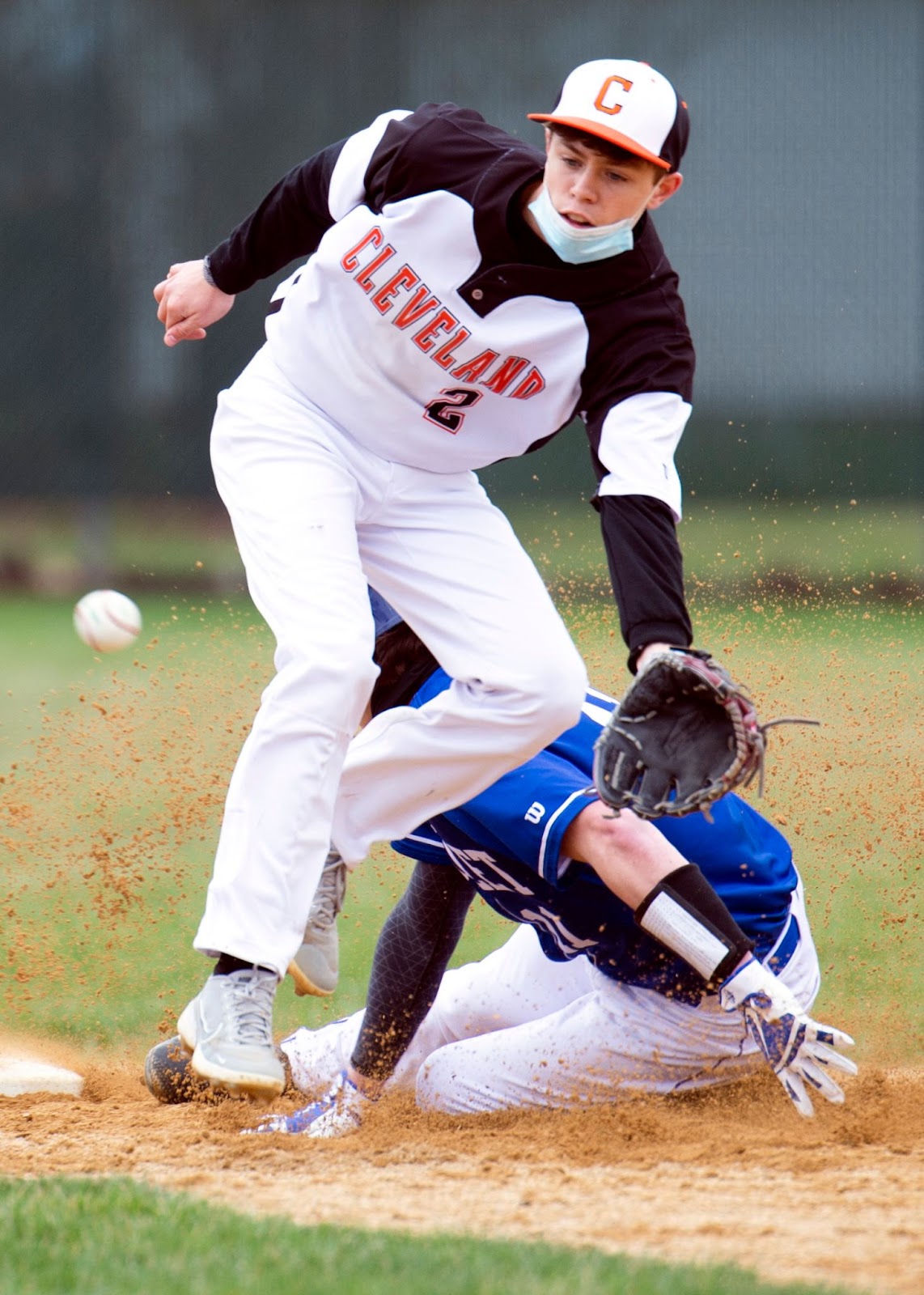 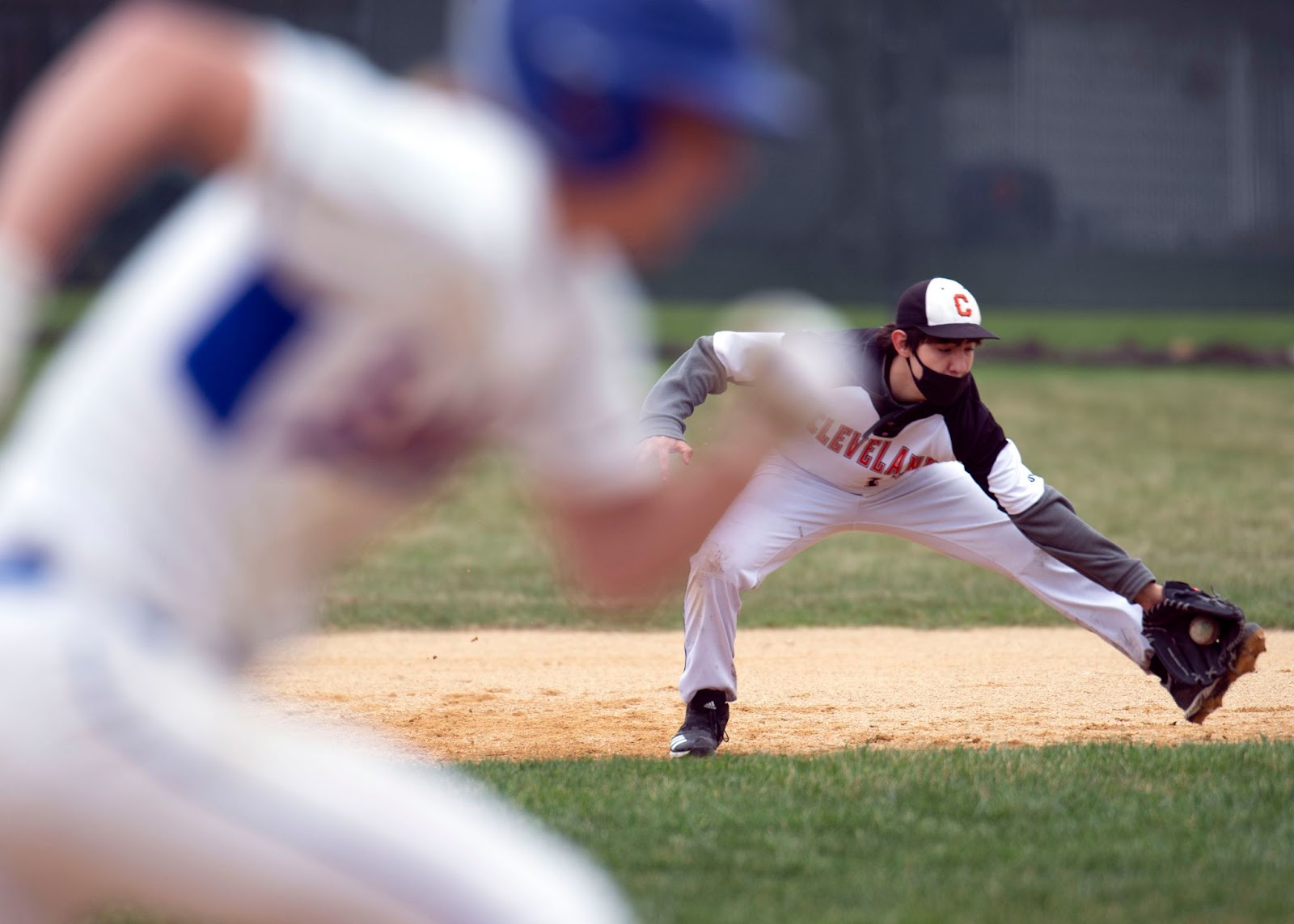 Alex Garcia, in at third base, stretches for a catch against Randolph.