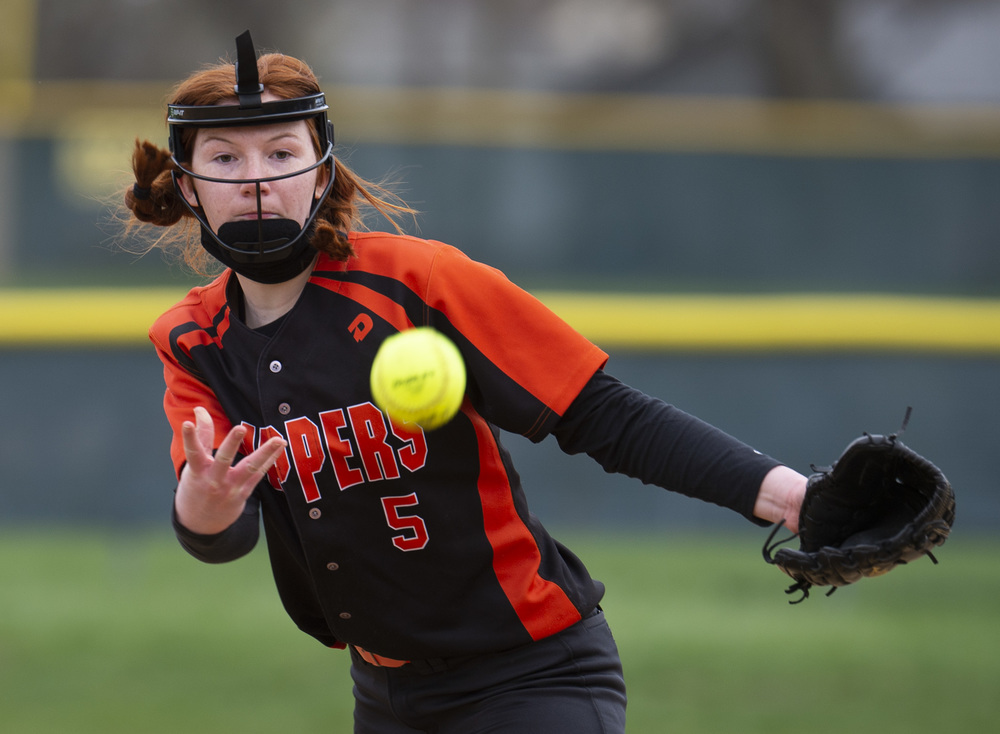 Upping their offense as the game went along against visiting St. Clair/Loyola on Thursday, the junior high Clippers were two runs away from getting coach Cassidy Kopet a win on her birthday.

But with a superb effort in their season-opener capped off with a “Happy Birthday” serenade after, Kopet couldn’t have been too much happier.

“I was so proud of them for their first game. They had some first-game jitters, but I think if you would have taken away the first two or three innings, it would have gone the opposite way.”

The Spartans opened the scoring with a run in the second. They filled the five-run quota in the third.

Dacota Sichmeller singled and scored on a Ava Hahn hit in the third to put the Clippers on the scoreboard.

“Dacota and Mylie Dylla have never played softball before this year, and they gave it a try for something to do,” Kopet said. “They both came out today and got their first hits, and Dacota got the first run of the entire season, so that was super fun to see.”

St Clair/Loyola posted four more runs in the fifth for a 10-1 advantage.

But it was all Clippers from there. With singles of the bats of Jocelyn Bartell and Isabel Duron and a two-RBI double by Sierra McCabe, the Clippers added two more runs in the bottom of the fifth.

Dylla led off the sixth with a hit. Sichmeller got hit by a pitch, and Lacey McCabe signled. Brenna McCarthy smacked a double, and Hahn singled. After a single by Maya Lassister, the Clippers reached the scoring limit and pulled within a pair of runs, 10-8.

“After one girl started hitting, the confidence went right down the line of the order, and that was really exciting to see,” Kopet said.

Sophie Perkins hit a one-out single in the seventh and scored on a Duron double, but the Spartans retired the next two batters to escape Cleveland with a triumph.

Lassiter started out in the circle. Bartell (above) took over in the fourth.

The Clippers have been practicing for a couple of weeks but only got outside once.

“They’ve seen a lot of cage time, but we haven’t gotten to take ground balls off the dirt. We haven’t got to take fly balls,” Kopet said. “We’re going to work on some base running, some stealing, some back up, some different coverages, fly balls…they’ve got a whole list.”

The Junior High Clippers return to action today (Friday) when they host Madelia. 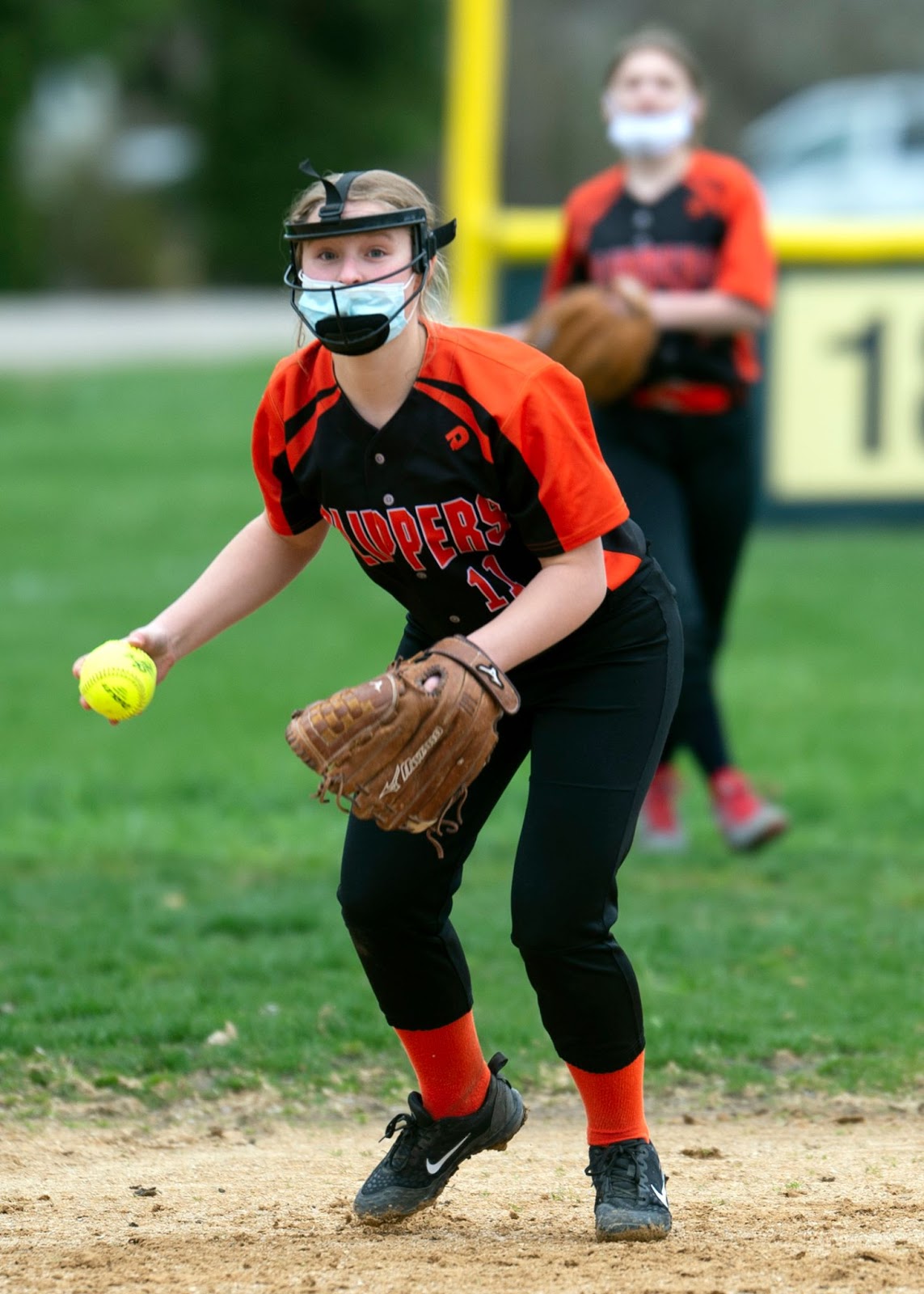 Shortstop Sierra McCabe looks sets up for a throw to first. 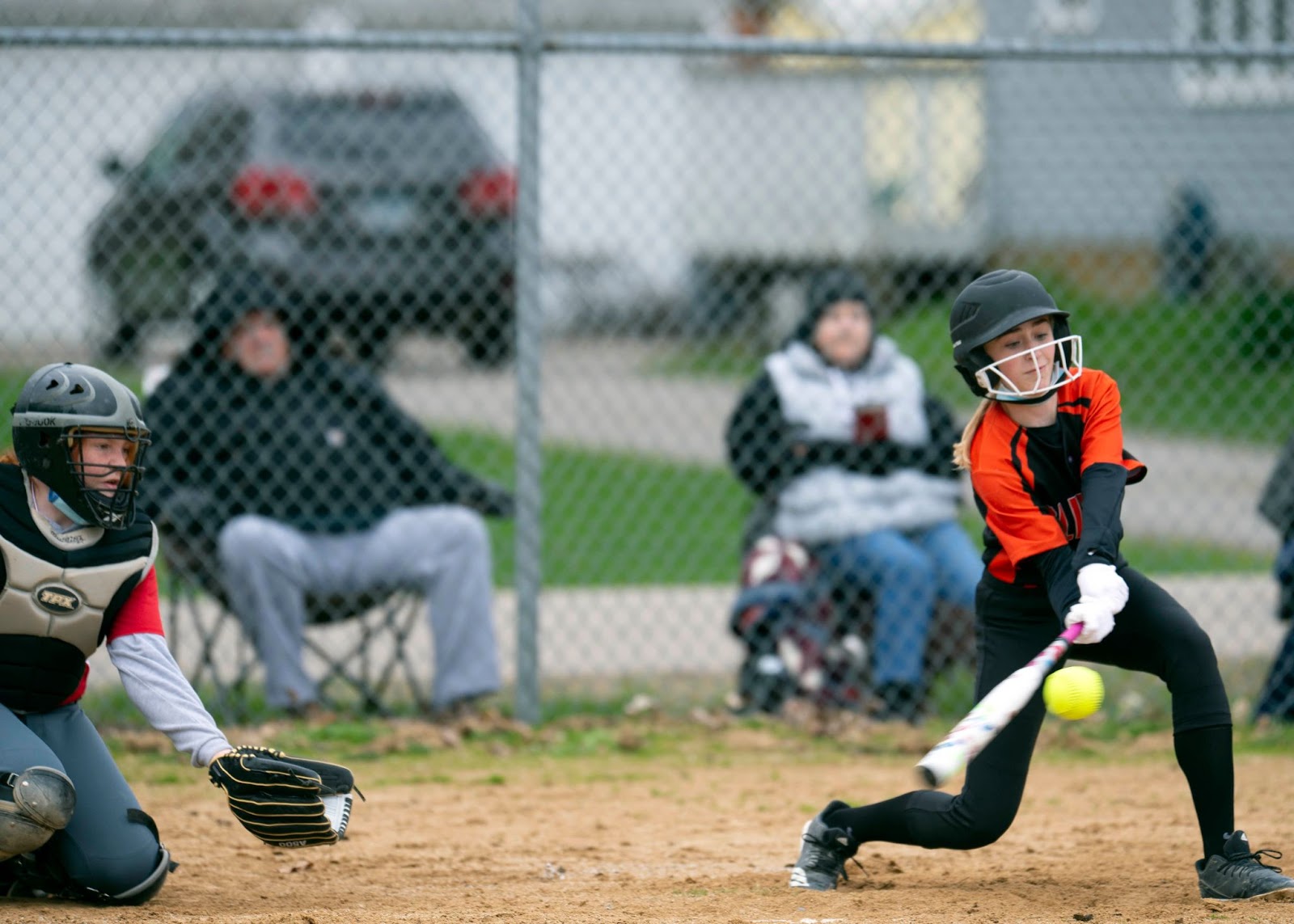 Ava Hahn goes low to for a single in the sixth. 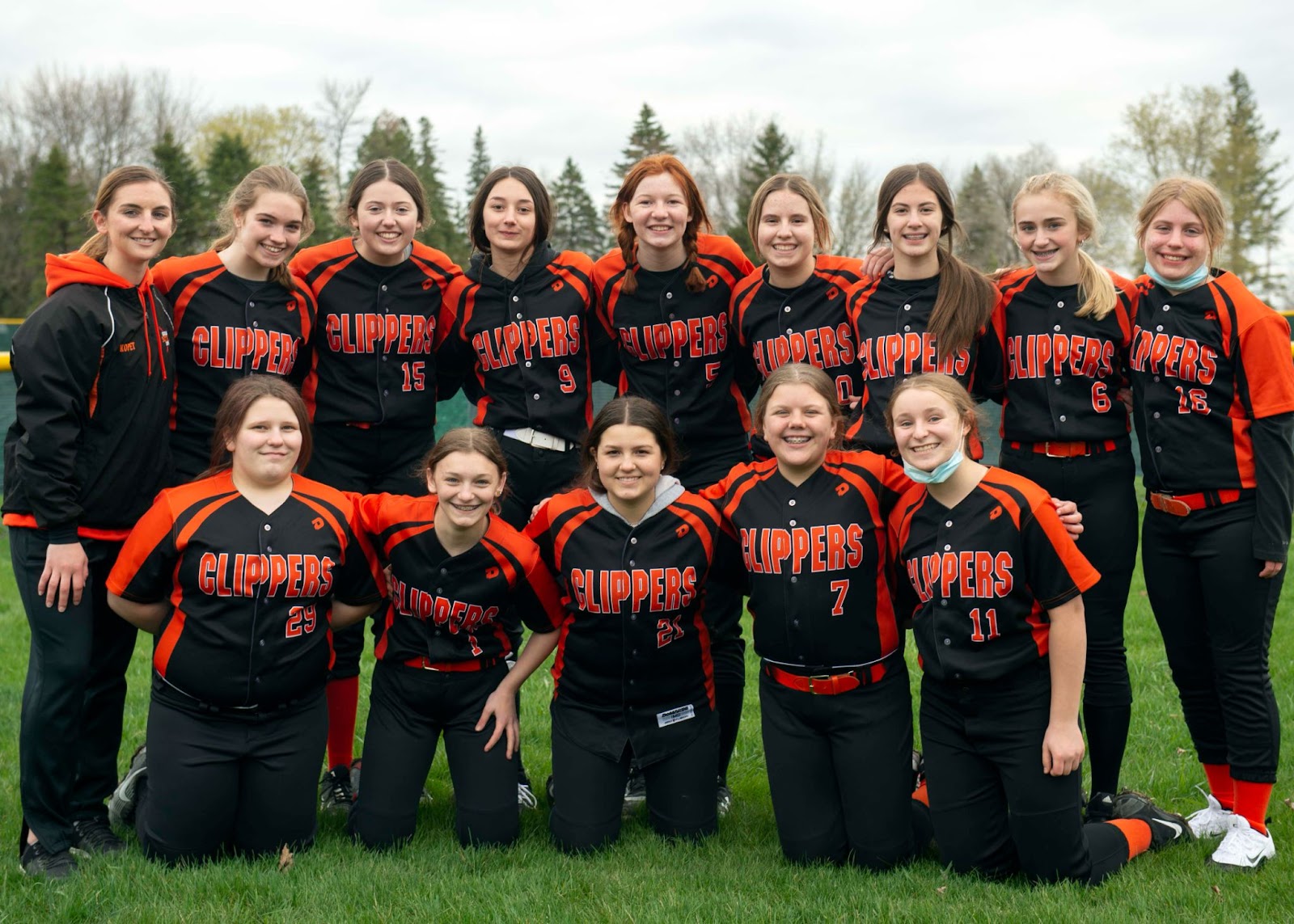