Visiting Madelia pulled ahead 11-10 in the top of the seventh, but the Junior High Clipper girls walked off with their first win on Friday.

Just what the Clippers needed, Ava Hahn led off in the bottom of the seventh with a double. Maya Lassiter strolled to first, and Jocelyn Bartell singled, to score Hahn. Patient at the saucer, Sophie Perkins and Isabel Duron settled for the free pass to bring in the winning run.

“The girls came out with some enthusiasm from last night, which I think helped them,” said coach Cassidy Kopet (above). “Yesterday they came out and they were nervous. Today they knew what to expect.”

Hahn scored a run in the first on a walk and rogue pitches to put the Clippers up 1-0 in the first.

The Blackhawks took advantage of walks to post a run in the second, but the Clippers extended their lead when Bartell singled, Sophie Perkins followed up with a double, and Emma Bluhm doubled for a 3-1 Clipper advantage going into the third.

While starting pitcher Bartell and the Clipper defense held Madelia scoreless in the top of the third, the Clipper bats continued to thunder. Lacey McCabe hit an infield grounder that, with a couple of errors tacked on, got her all the way around the diamond. Brenna McCarthy walked, Hahn doubled, Bartell and Perkins walked, and Duron singled for three more runs and a 7-1 orange-and-black advantage after three.

“They were a lot more confident coming in, and I think that confidence carried with them when they were on the field and up to bat,” Kopet said. “They were ready to fight and ready to win.”

With Lassiter taking over in the circle, Madelia hit back-to-back singles for two runs in the fourth and tacked on another run in the fifth on a walk and a couple of hit batters.

McCabe singled and scored on errant pitches in the fourth, and Bartell and Perkins hit back-to-back triples in the fifth for another Clipper run.

Cashing in on three hits, Madelia met the five-run quota in the sixth to deadlock the game at nine, but after four free passes, Bluhm scored to put the Clippers ahead 10-9 going into the last inning.

Back in the circle after a three-inning hiatus, Bartell gave up five walks that translated into two runs and put Madelia up by a run before the Clippers game back for the triumph.

Kopet said she will continue to work with her team on the intricacies of base running.

The Junior High Clippers, now 1-1, have a rematch against Madelia, for their first game on the road, on Monday. They travel to Janesville on Thursday. 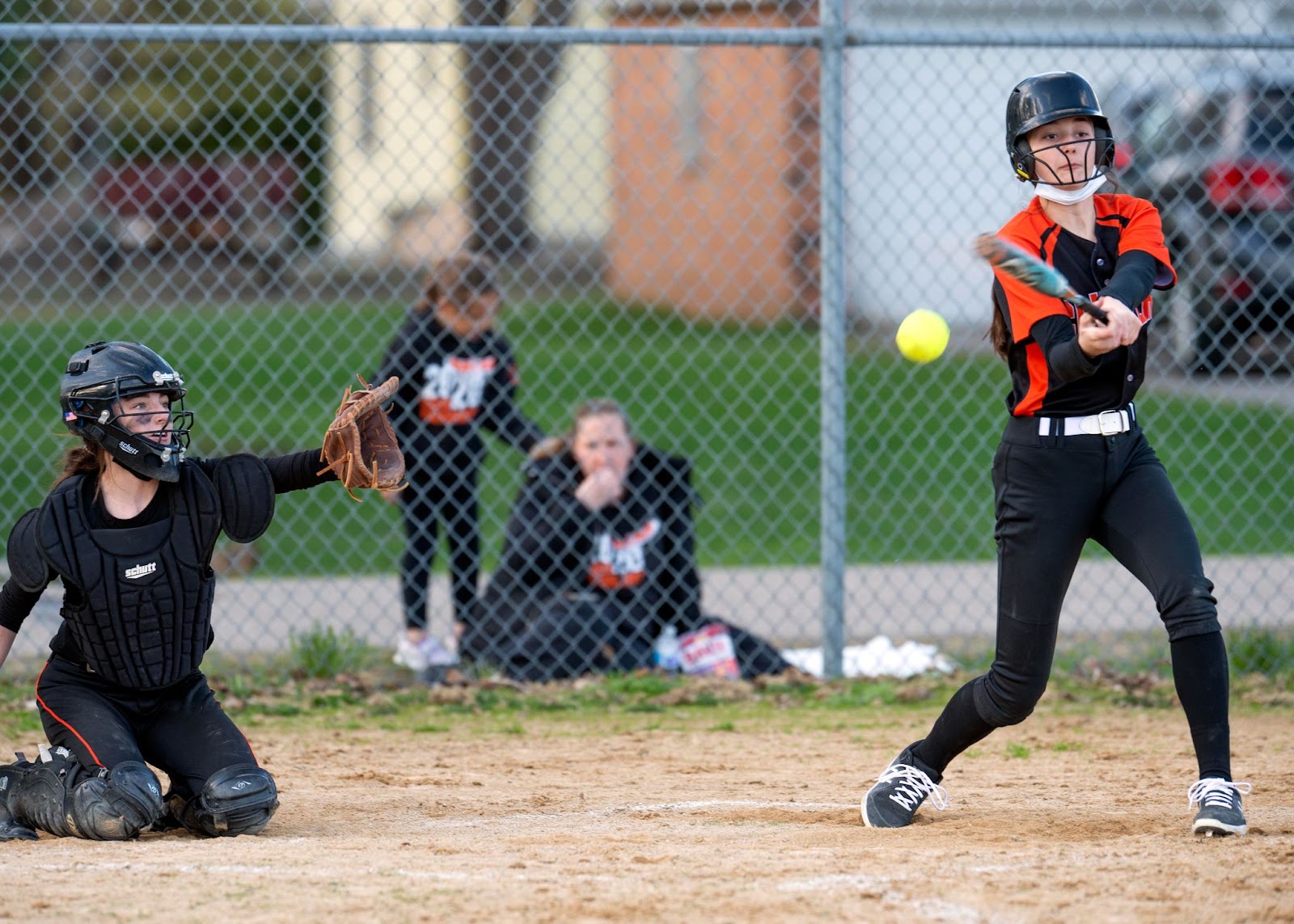 Brenna McCarthy at the plate.