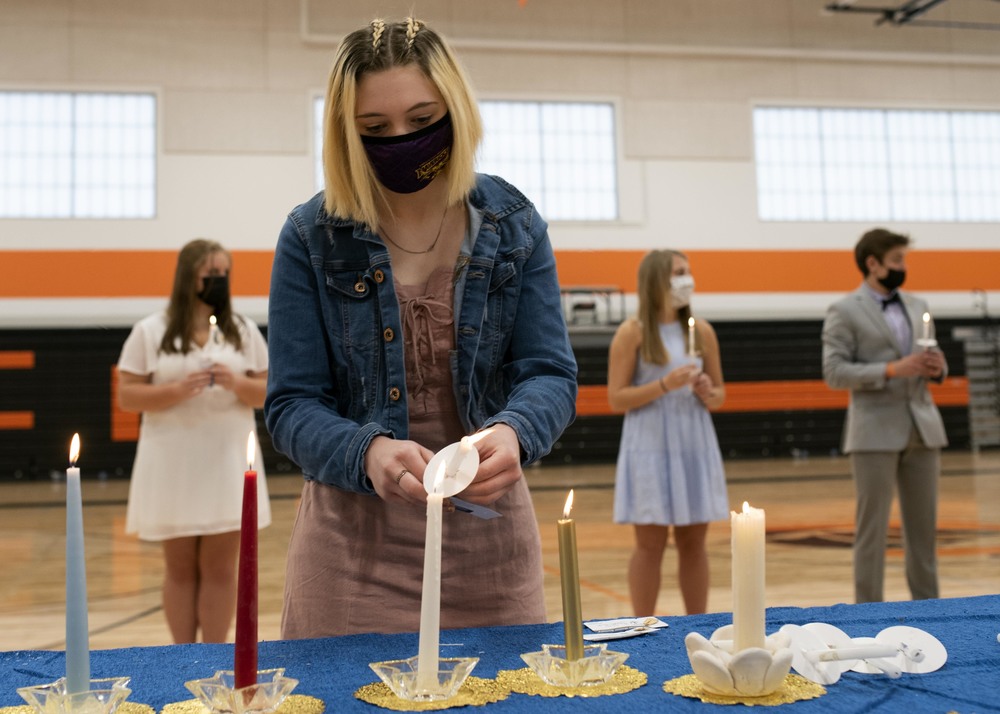 Above, NHS inductee Samantha Wondra draws from the four candles representing scholarship, character, leadership and service. The large candle is the “Torch of Knowledge.”

The ceremony was held in the new addition gymnasium.

“The Honor Society induction is the culmination of a lot of years of hard work by the students and also by the parents helping those students make it through,” said Principal Scott Lusk. “It’s so hard today with all the obstacles that are in the way, so I want to congratulate inductees for working hard and doing the right thing.”

Academic achievements in grades nine through 12 determine scholastic standings. Participation in activities in and out of school is considered when evaluating service and leadership. Character comes from a wider range of considerations: maturity of attitude towards rules, regulations, class work, instructors and classmates.

“Your leadership will take you to far places,” Lusk told the 12. “You have that character that you need throughout the rest of your life. You should be proud of your accomplishments with that. You walk out our doors, and I don’t care if you have a 4.0 average; I just want you to be a good human, and all of you exemplify that.”

Taking turns, Lusk and teacher David Cink presented the new members and stated how each met the four requirements. They also read a portion of each candidate’s reference letter, typically from an employer, coach or organization leader.

Some of the dozen new members would have been inducted last year, but with the pandemic, the installation didn’t take place. This year’s ceremony was available to watch on line. 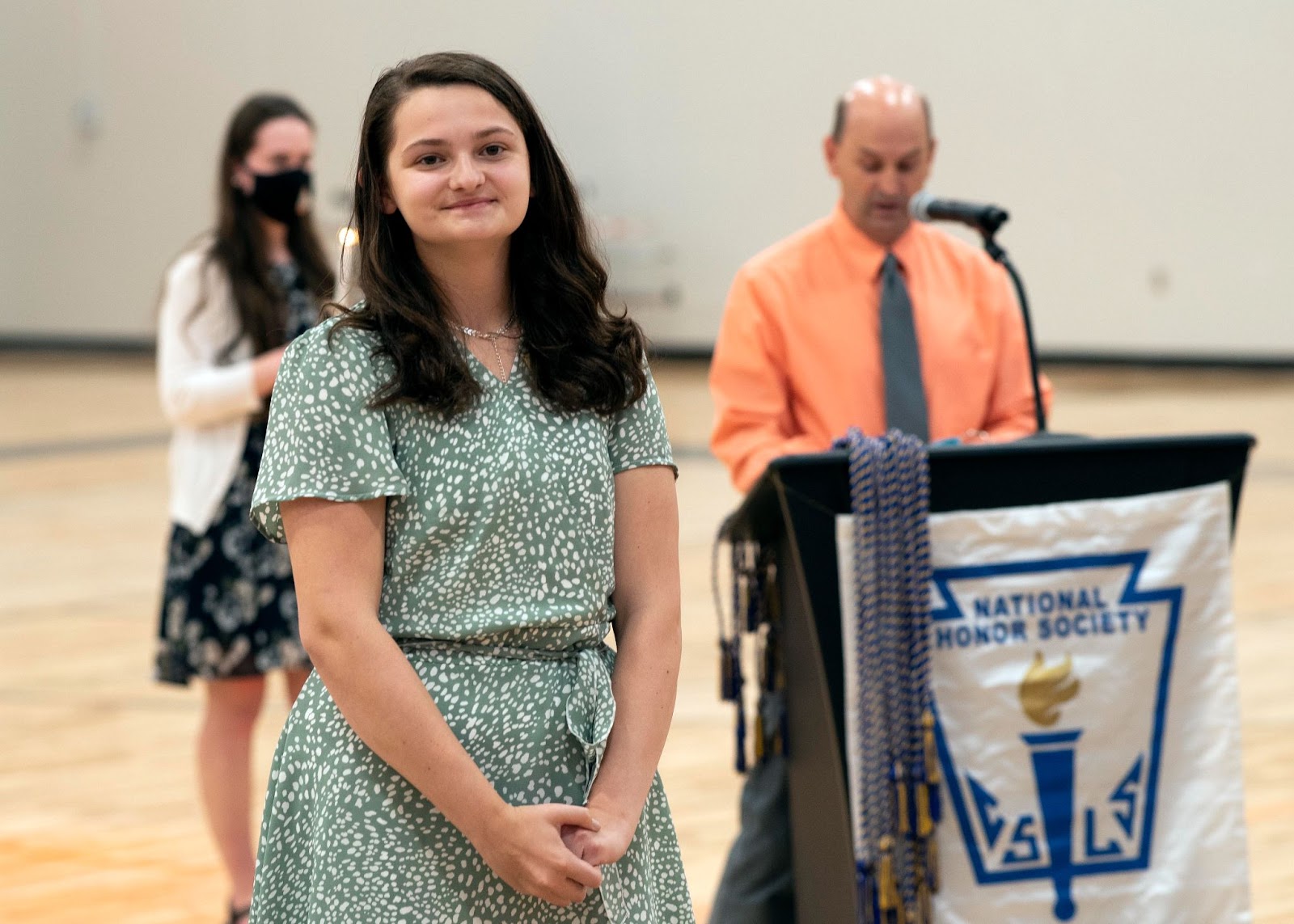 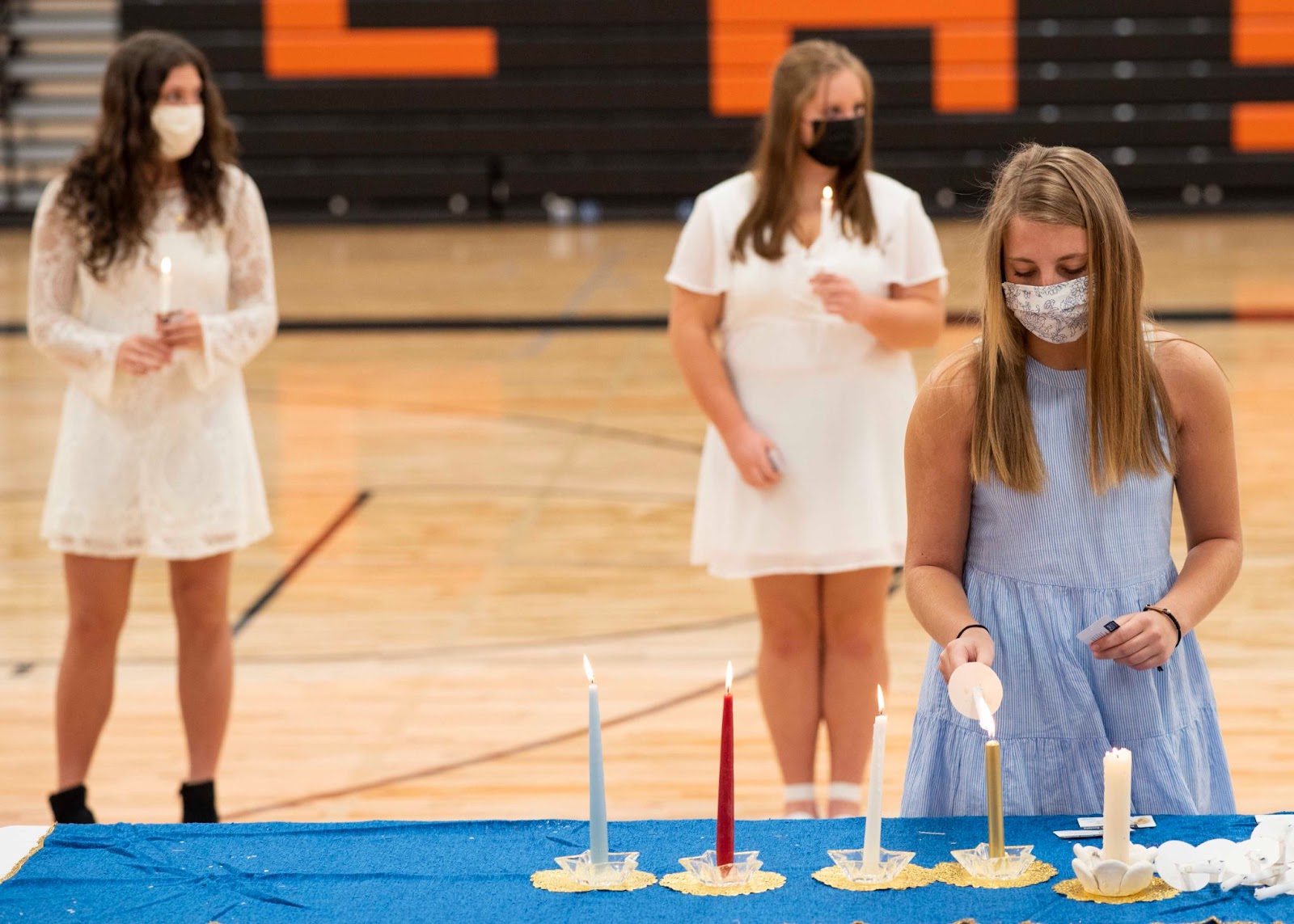 Allison Jindra lights her candle from the candles representing the four NHS virtues. 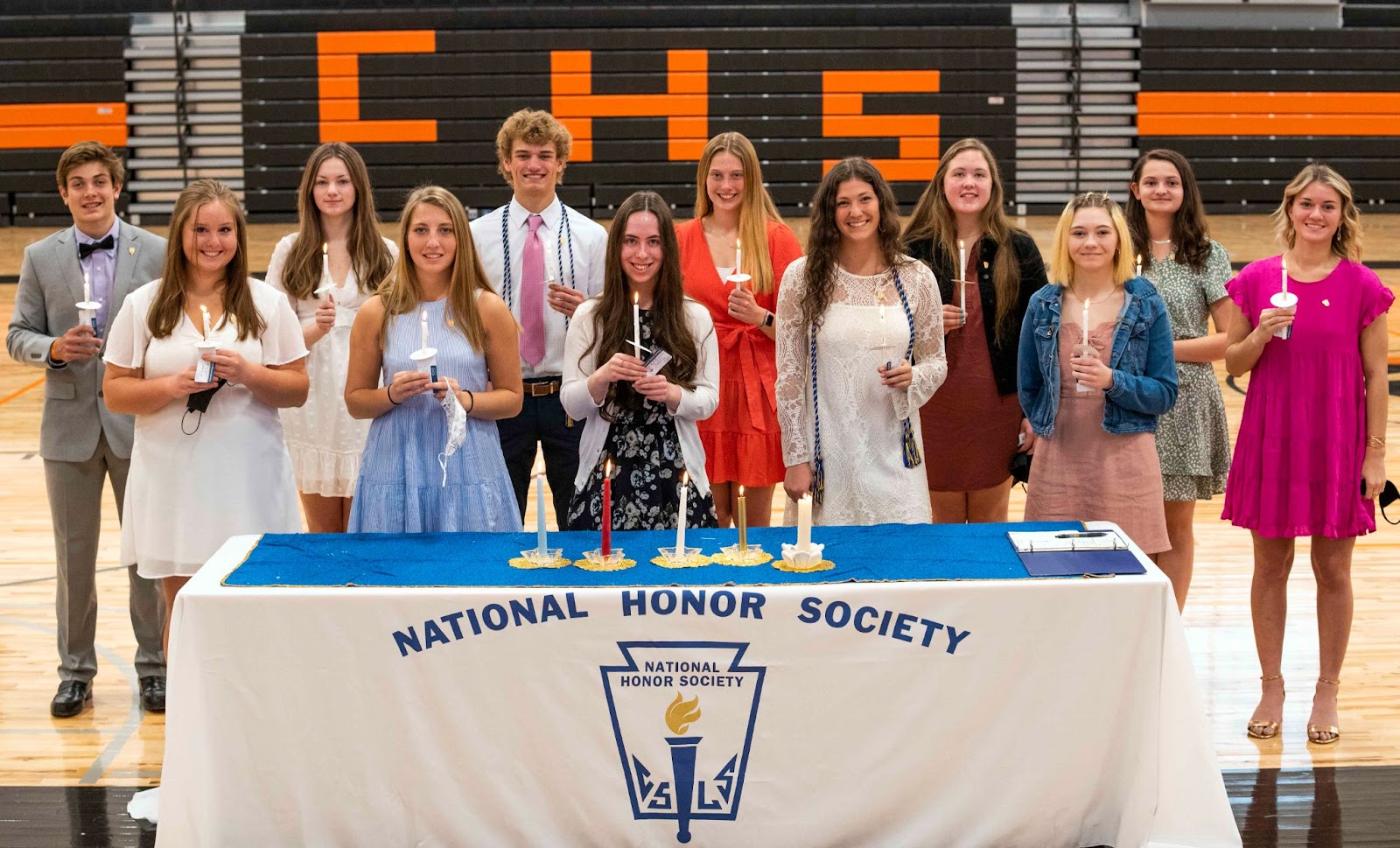 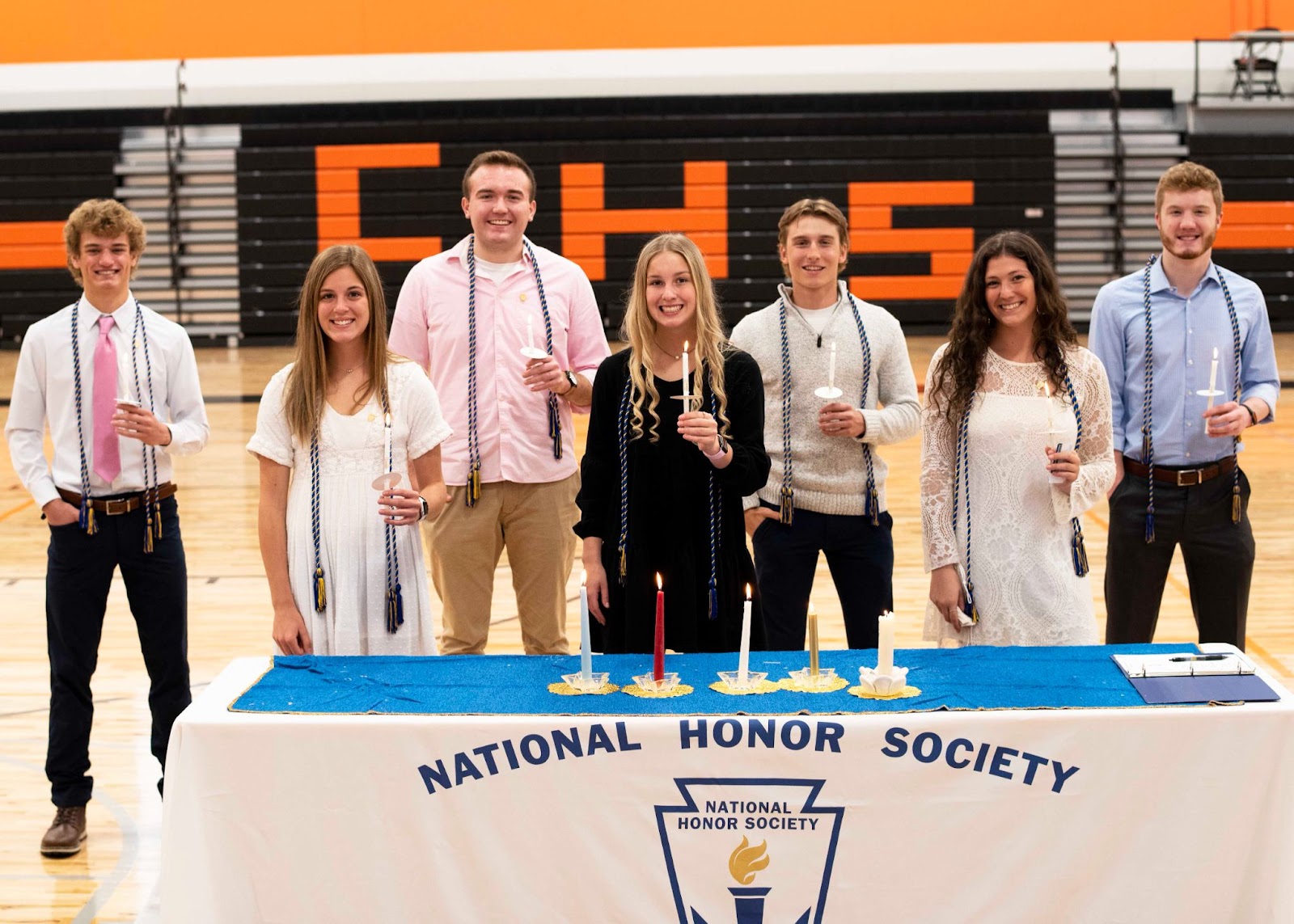 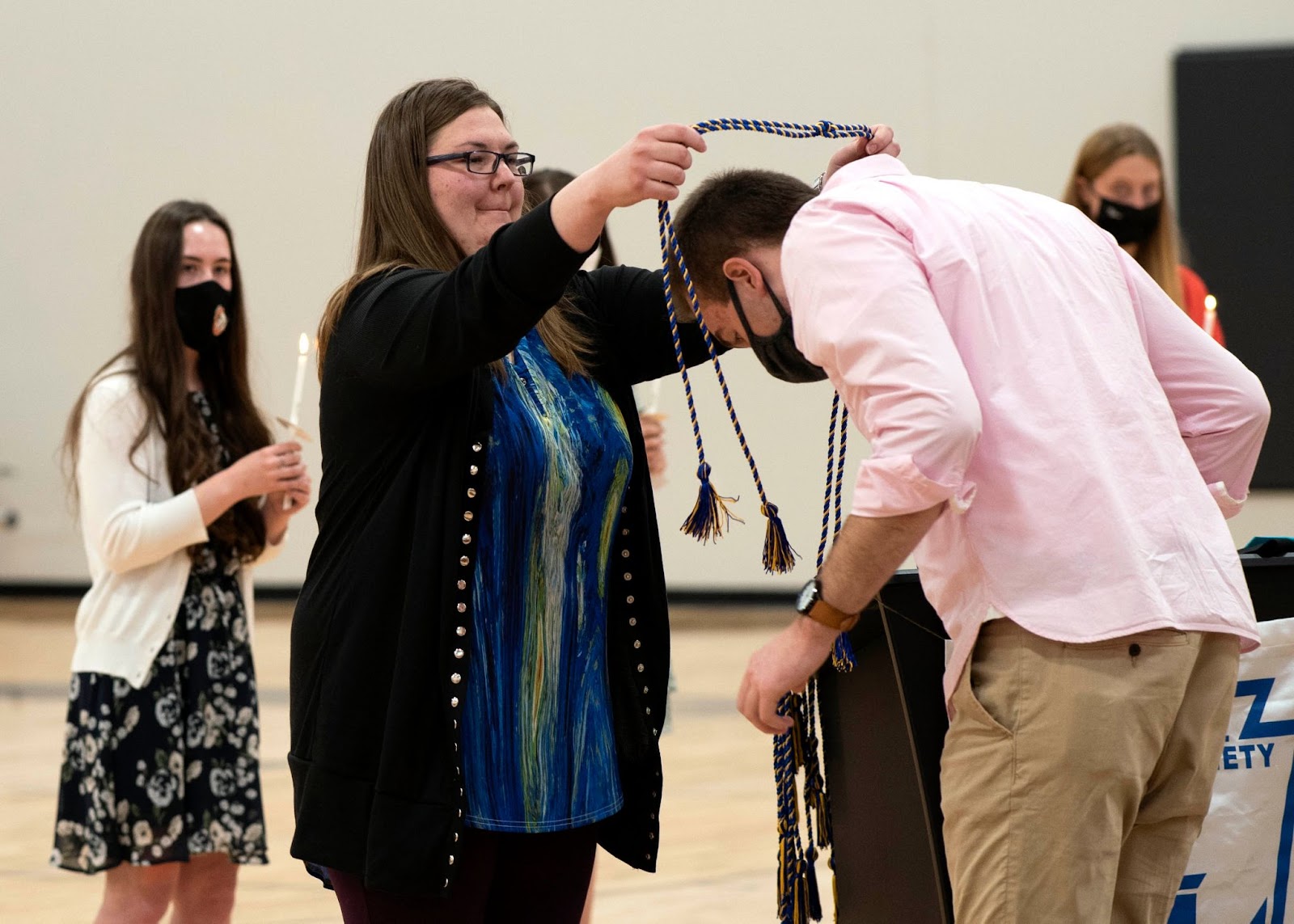