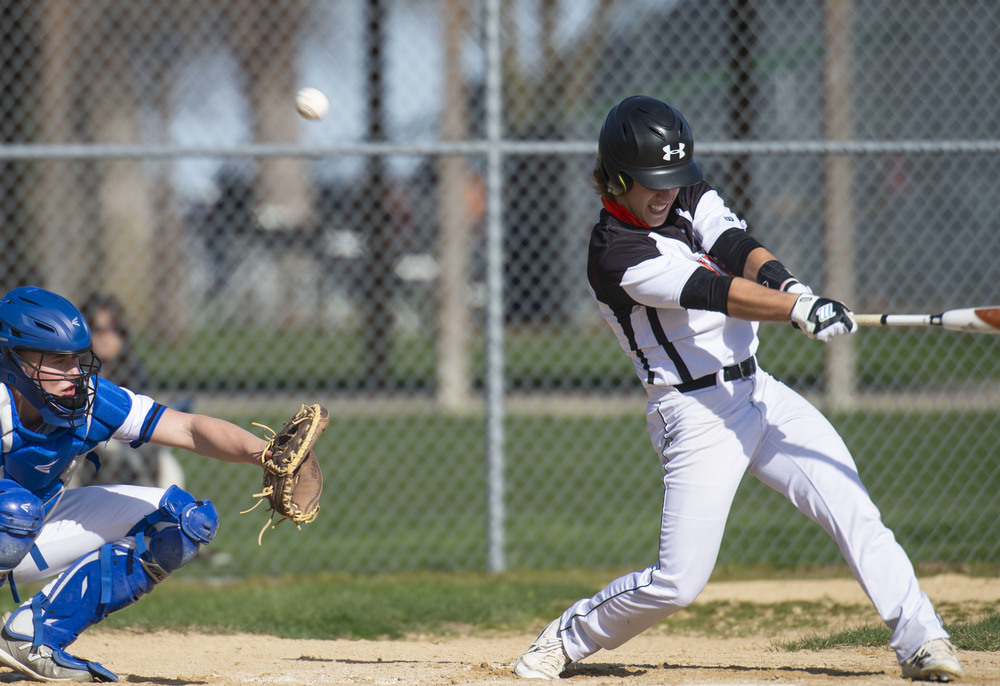 MCW rallies in the sixth to 10-run Clipper nine

Above: Alex McCabe fouls back during his first at bat. A few pitches later, he straightened it out for a single. In the fourth, he smashed his first career home run and ended the outing 2-2 with a sacrifice fly.

Visiting Martin County West rattled off nine runs in the sixth to 10-run the Clipper varsity boys 14-4 in six innings on Friday.

The Mavericks outhit the Clippers 15-6. Lucas Walechka started out on the mound and lasted into sixth inning. It was a strong effort until then, especially going that long early in the season, said coach Mike Krenik.

“They were a fastball hitting team. When Lucas was dealing, he threw three curve balls in a row, and they couldn’t touch it.”

The Mavericks scored two unearned runs in the first on an error and a couple of singles.

Elijah Sullivan got hit by a pitch, stole second and scored on an Alex McCabe single for a 2-1 score going into the second.

McCabe’s solo homer tied the game 2-2 in the fourth, but the Mavericks scored three more runs in the fifth on three singles and a walk. The Clippers responded with a run when lead-off batter Carter Dylla got hit by a pitch, stole second, advanced to third on a rogue pitch and scored on a McCabe sacrifice fly to pull the Clippers within two runs, 5-3.

After three-straight hits off Walechka in the sixth, Alex McCabe, with no time to warm up beforehand, took over the hill. Seven batters later, still with still no outs, Dylla replaced McCabe. The Mavericks took advantage of seven hits, two walks and two errors in the inning.

“It was tough.” Krenik said. “They just sat on fastballs, and that’s what did us in.”

The Clippers managed run in the sixth when Jackson Meyer got to first base on an error, advanced to second on a Tanyon Hoheisel single, reached third on a ground out and scored on another error.

Krenik said discipline at the plate also hurt the Clippers. They struck out seven times and walked twice.

“We were way ahead of the ball, not patient enough. The zone was big, but we have to be more patient than that.”

The Clippers take on host New Ulm Cathedral at Mueller Park on Monday. On Tuesday they travel to St. Clair. 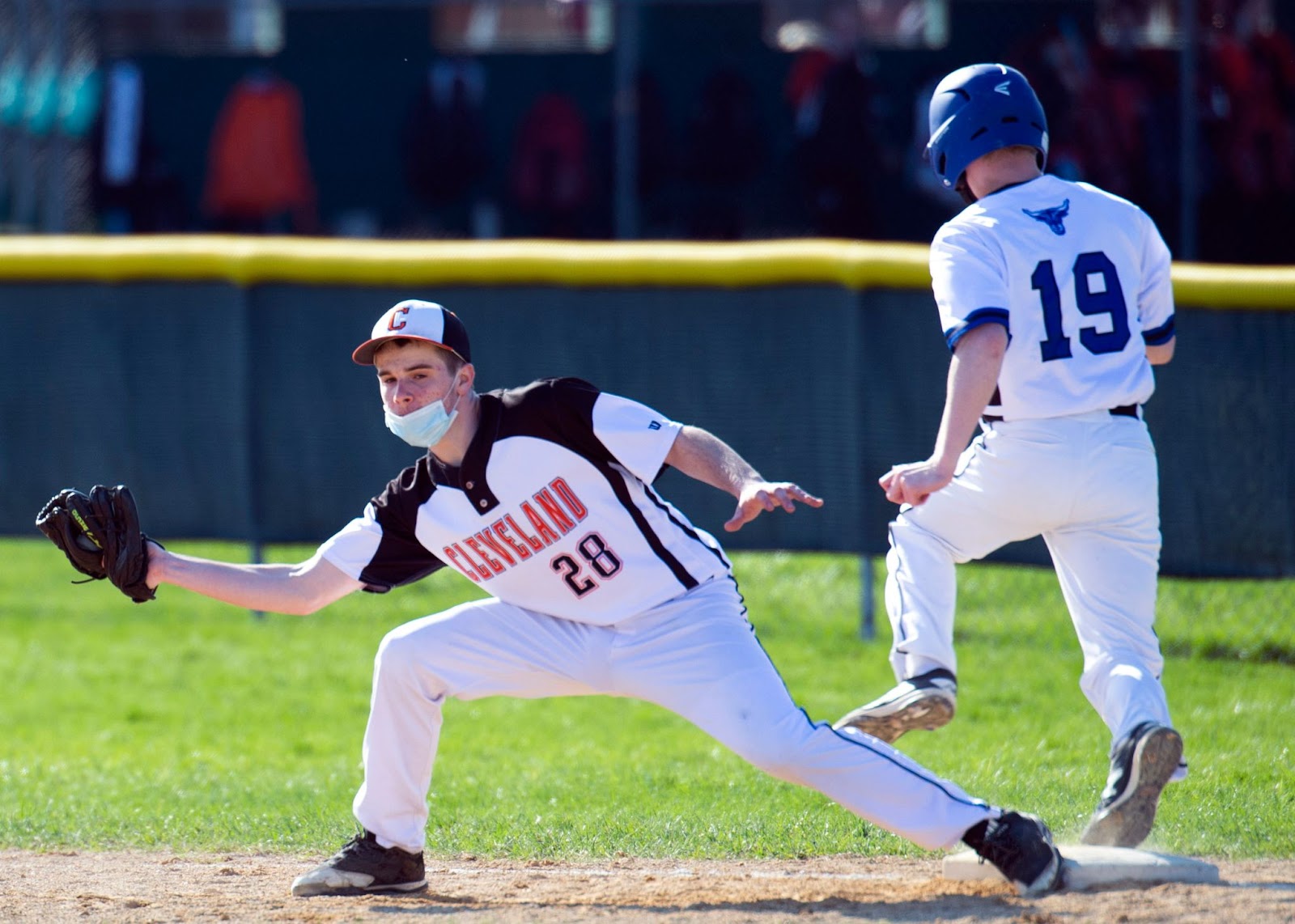 Colin Krenik stretches for a putout at first. The runner beat the throw. 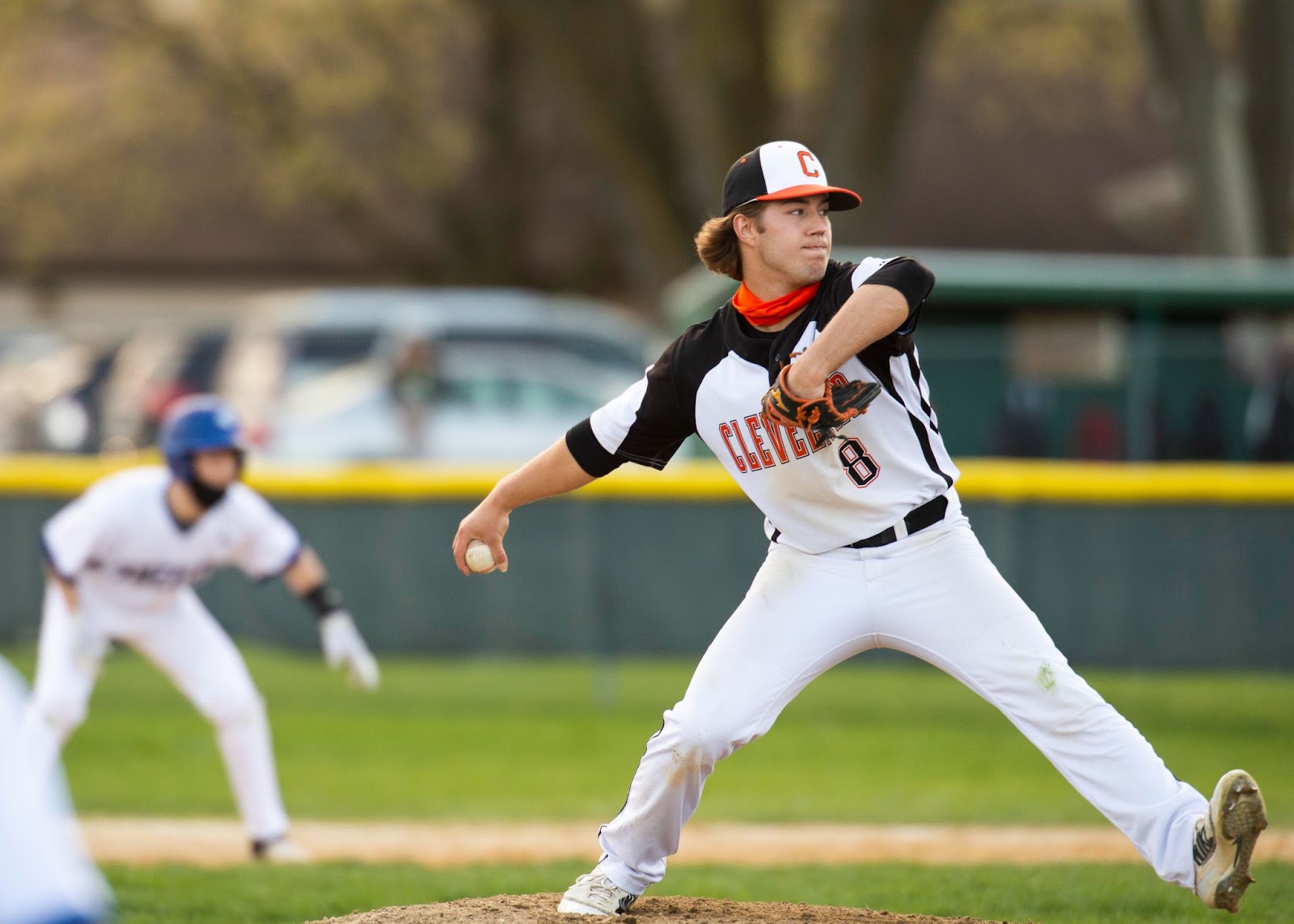 With the bases loaded, Alex McCabe took over for starting pitcher Lucas Walechka in the sixth.