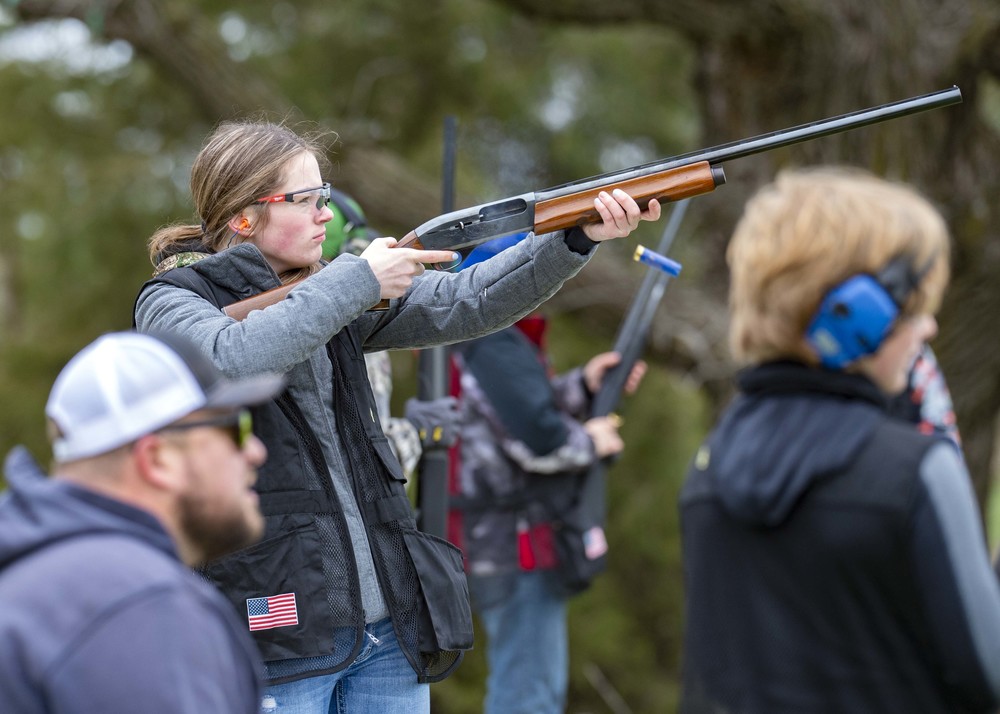 Of the 38 Cleveland trap shooters—the most ever in the team’s six seasons—Emma Treanor (above) is a bit of an anomaly.

First off, she is one of only three females on the team. Secondly, although she is a junior, this is her rookie year. She would have participated in 2020, but like the rest of spring sports, the season never took place.

Since she hunts waterfowl with her family, Treanor already knew her way around a shotgun, but she said shooting at a 4-inch clay disk zipping across the horizon is not the same thing.

“What I usually shoot at is a little bigger, so this is more challenging.”

Although aim and timing are important in both trap and hunting, Treanor is learning how her stance makes a difference.

“It’s kind of like footwork. Your feet need to be a certain way. I didn’t really take in account my feet when I shoot, so that’s a little different for me.”

While the 2021 trap team has three seniors and eight juniors, it also has 10 sixth graders, the youngest group allowed.

“We’re really excited,” said coach Jack Zimmerman. “We’ve got so many young kids, but we’ve got a lot of older kids, who have been shooting for a long time, too. We keep improving every week.”

Wednesday was the first competition, where scores count toward the season conference totals. Connecting with 44 of 50 airborne clay targets at the Caribou Gun Club on Wednesday, junior Riley Tomaszewski was the top shooter.

Next in line, senior Jackson Gibbs, who paced the Clippers in 2019 and in 2018 too, shot a 42.  Nicolas Simonette knocked down all but nine targets. Sophomore Martin Gibbs and eighth grader Arnold Cooper each scored a 40.

Senior Gillian Baumgartner was the top female shooter with a 34.

Last week was reserve week, a score the shooters can use if they miss a competition. It is also used for conference placing in the event of a tie. Tomaszewski again led the Clippers along with Gens and junior Jake Anderley. Each shot a 45. Cade Kriah scored a 43, Baumgartner scored a 42, and Simonette and Sullivan each scored 40.

Mertins and Zimmerman shot a 38 while the two Jacksons each scored a 37. Hermel and Blake Gibbs shot a 36 and Martin Gibbs scored a 35. Reid Knish shot a 34, Adam Seeman shot a 31, and Treanor shot a 30. 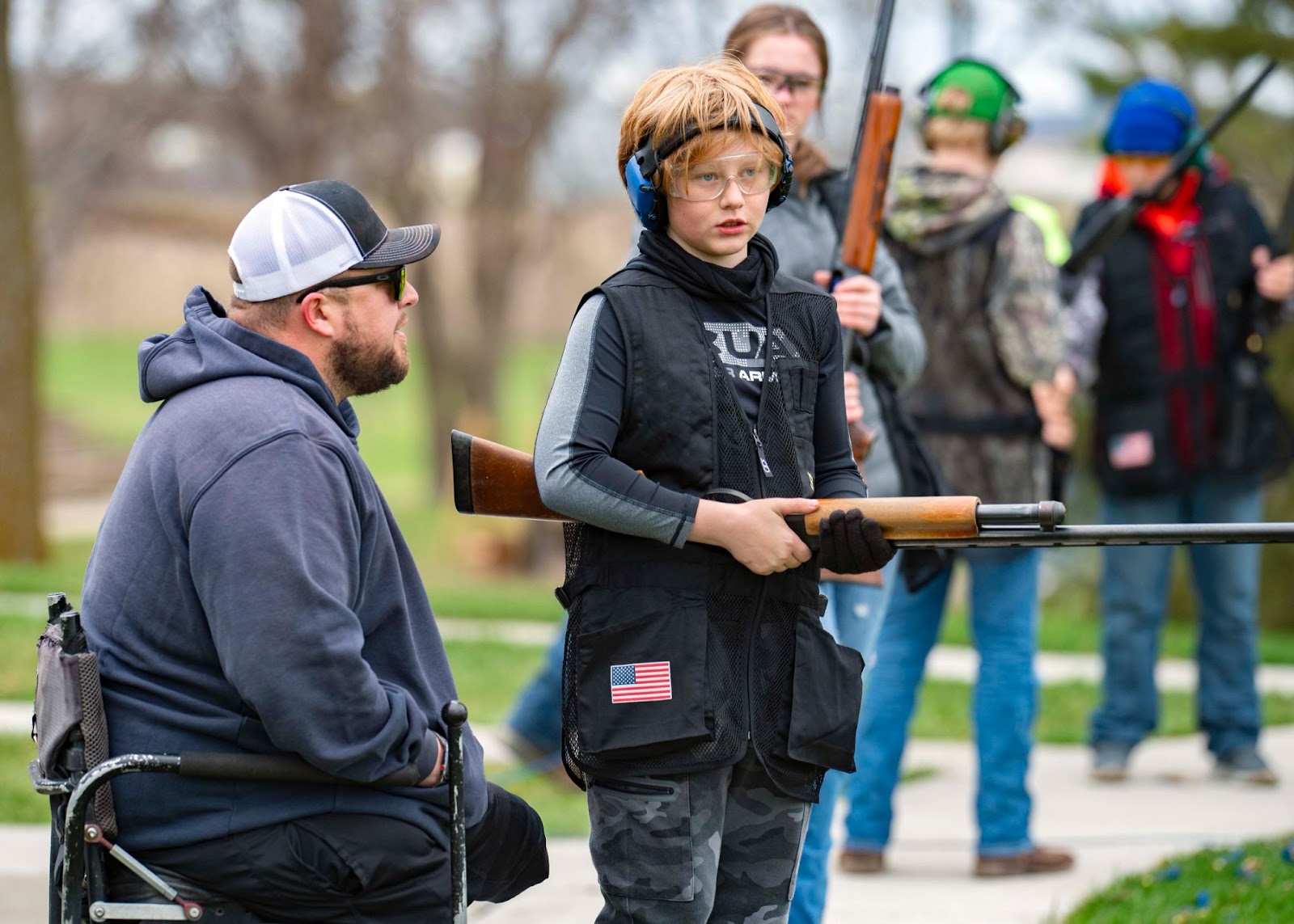 Coach Jack Zimmerman gives some pointers to a young shooter.