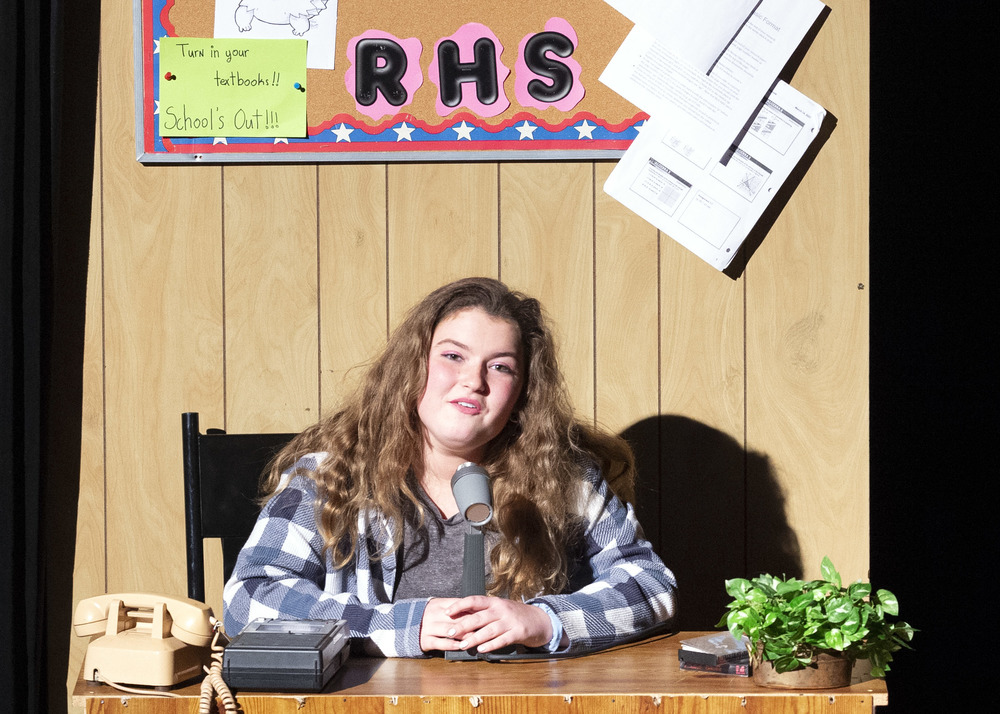 It's the last day of school at Rochester High, so when the final bell rings, make sure you have no regrets.

For three years, Bethany (Amelia Tauer, above) has read the morning announcements over the PA system, but as a senior on her final day of classes, she goes rogue and proposes that everyone do something bold…or unexpected…or stupid.

Her point is you may not have another chance.

So now's the time to form new relationships…or end old ones. Break out of your shell and finally ask your crush for a date, or let your enemies know that you have always hated their guts. Do something as brave as climbing the rope used in gym class without puking.

CHS students performed “Last Day of School” Friday and Saturday in the school auditorium. The play was written by Ian McWethy and directed by CHS English teacher Amy Kehoe.

Through a series of interconnected scenes—punctuated by Rick Astley’s 80s classic “Never gonna give you up”—students’ misconceptions, grudges and secret crushes are exposed in hilarious and unexpectedly touching ways.

Set back in 1988—before texting and TikTok—“Last Day of School” is all about dialogue. It is a comedy-drama with a lot of heart…and no regrets. 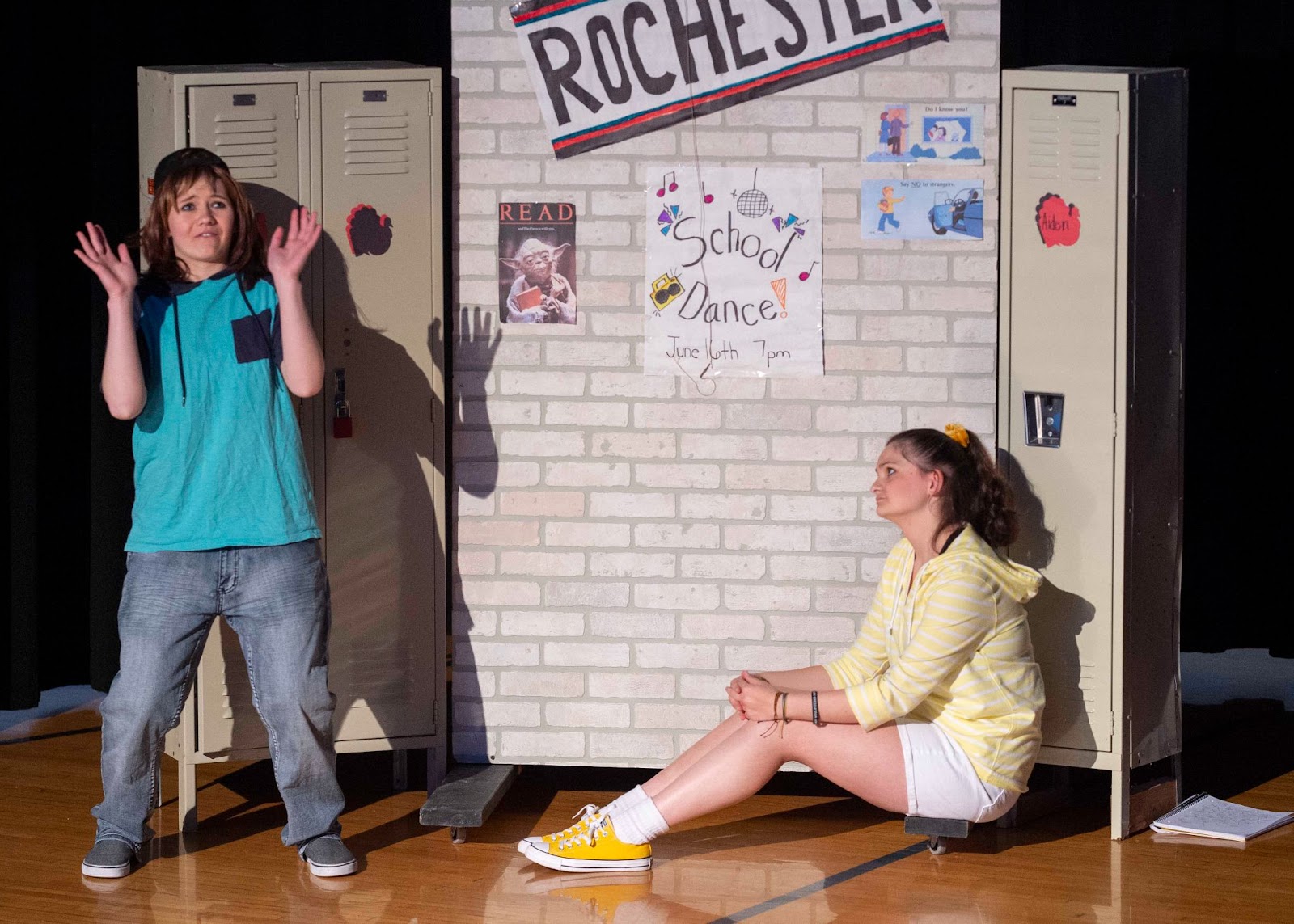 In the scene “Now or never…well maybe later,” timid Dave (Sam Wondra) discusses with his friend Brianne (Katie Cink) about finally asking his crush Madison for a date. 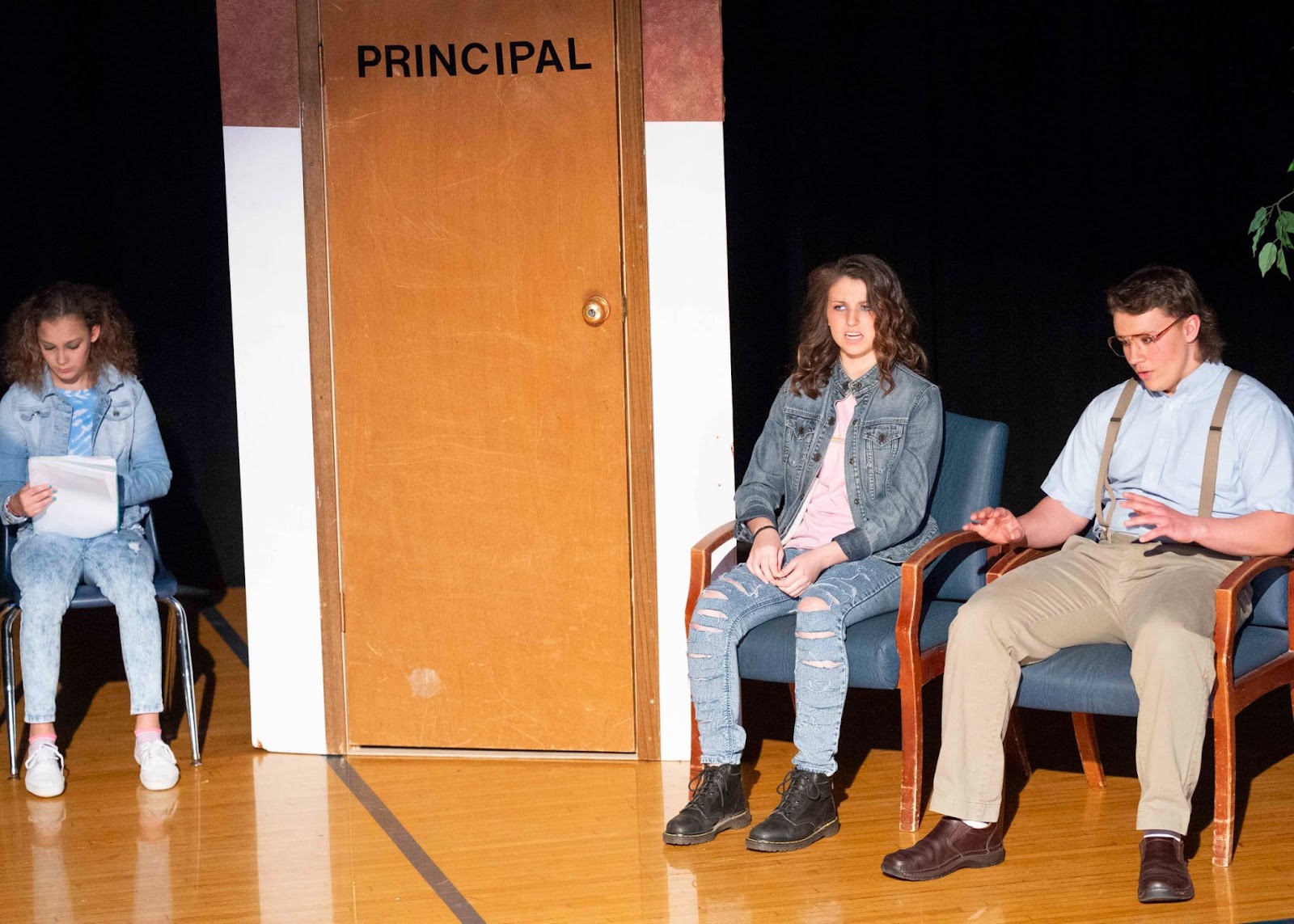 In “Opposites attract detention,” rebel girl Kassia (Mady Seely) agrees to go on a date with nerd Jared (Tanyon Hoheisel). Also waiting for a visit with the principal is Izzy (Kayla Hoffman). 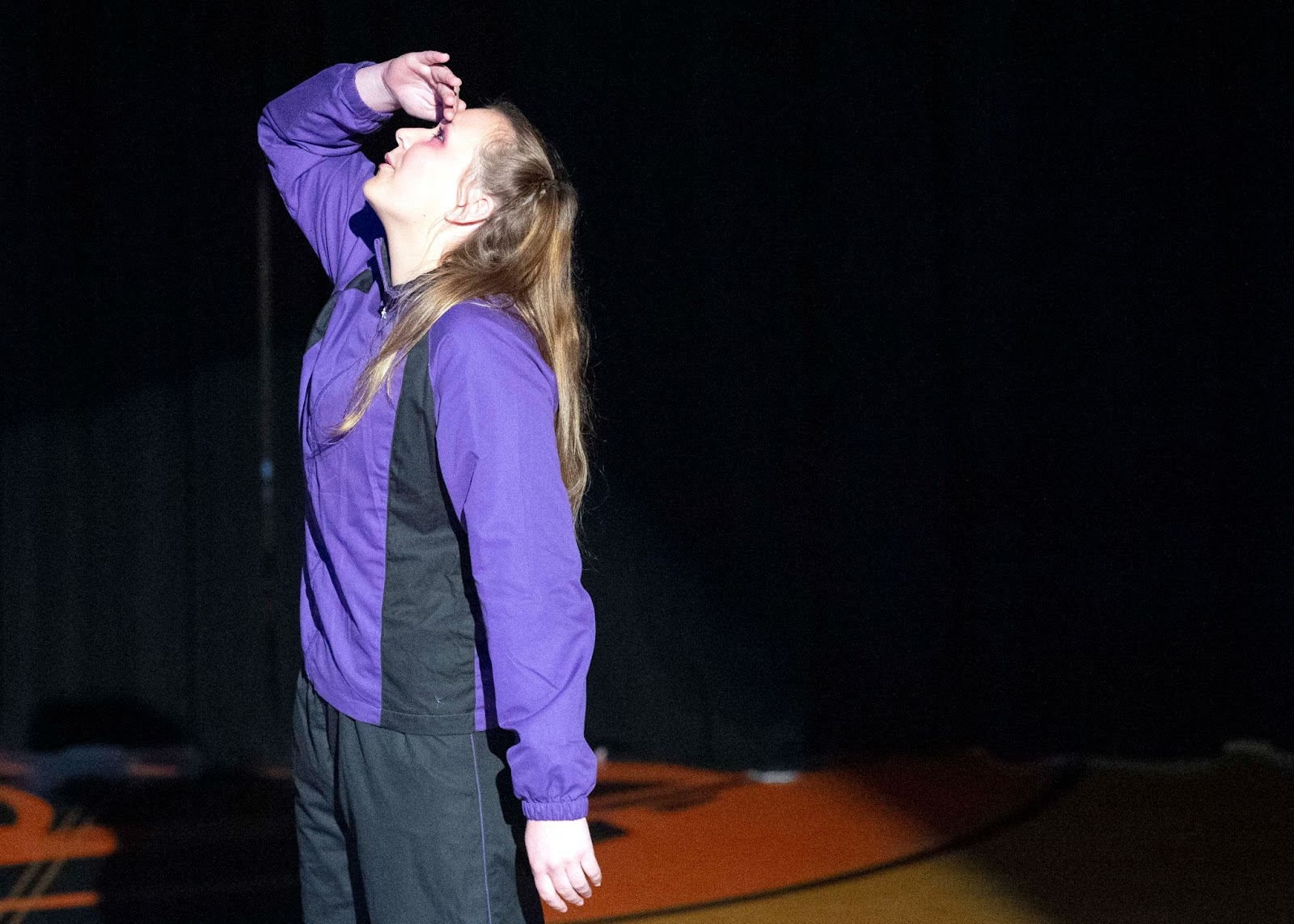 In “Finding a friend on the way up,” Ginny (Sarena Remiger) gains a friend Emmie while deciding whether or not to climb a rope she once threw up on in gym class. 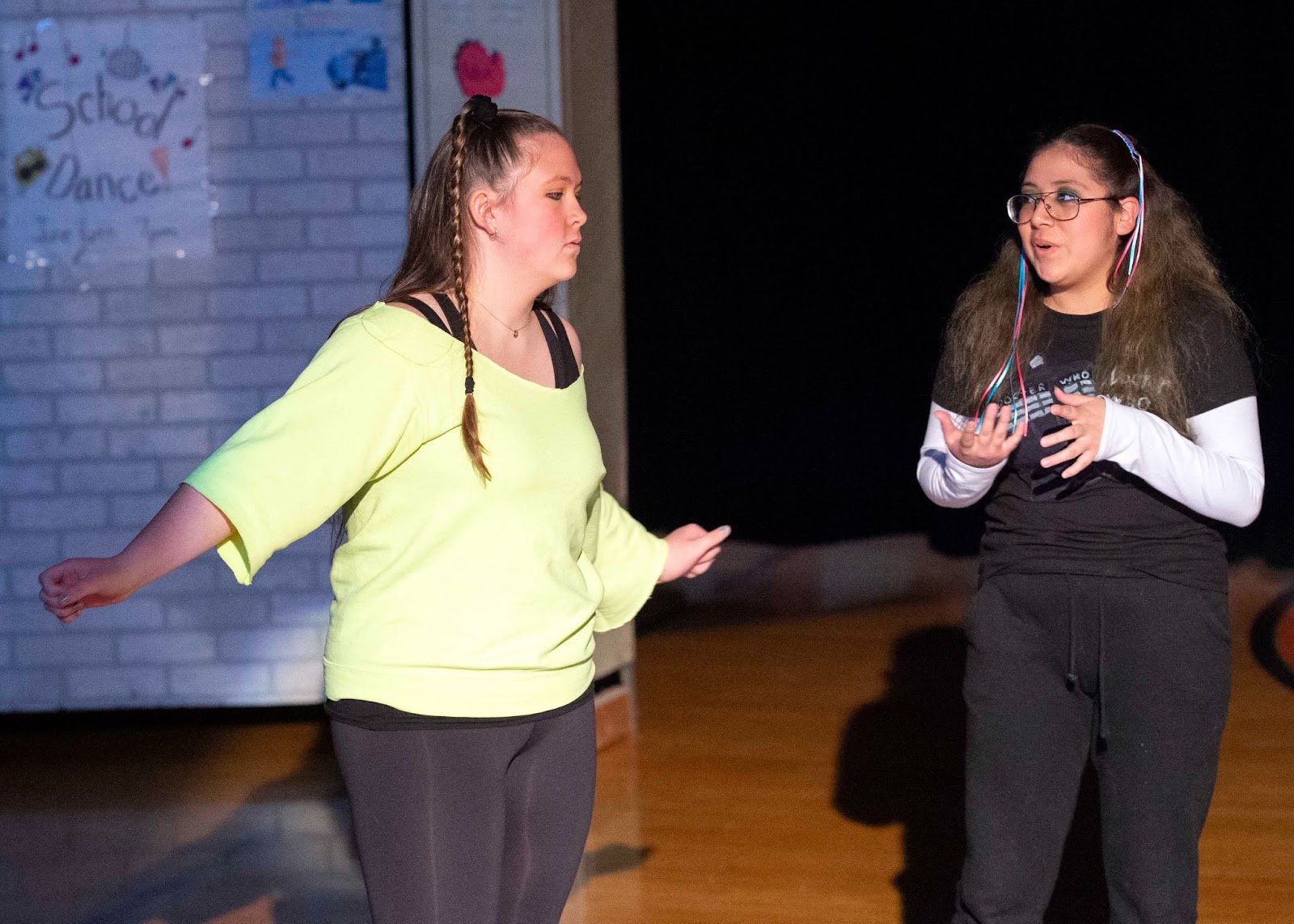 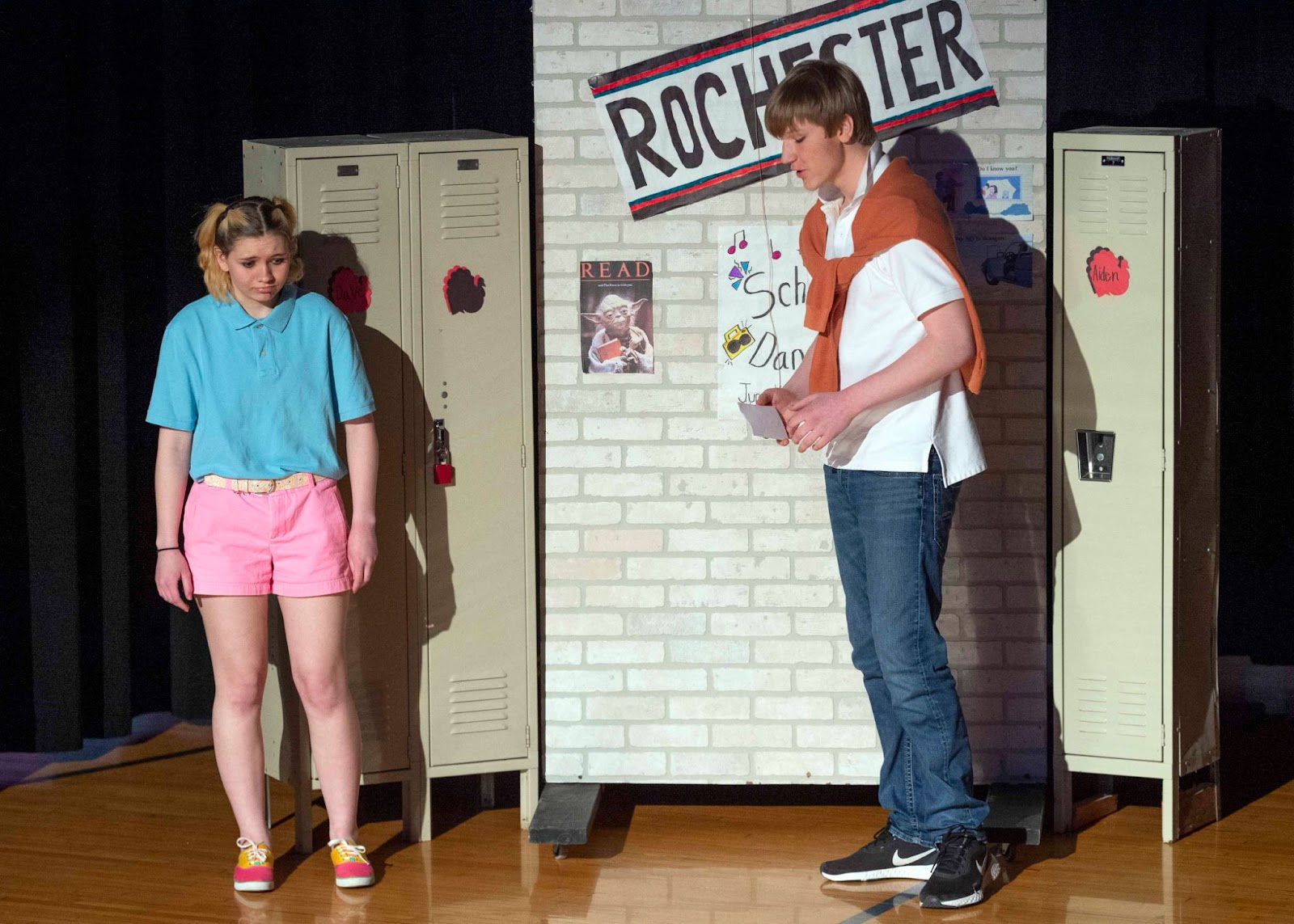 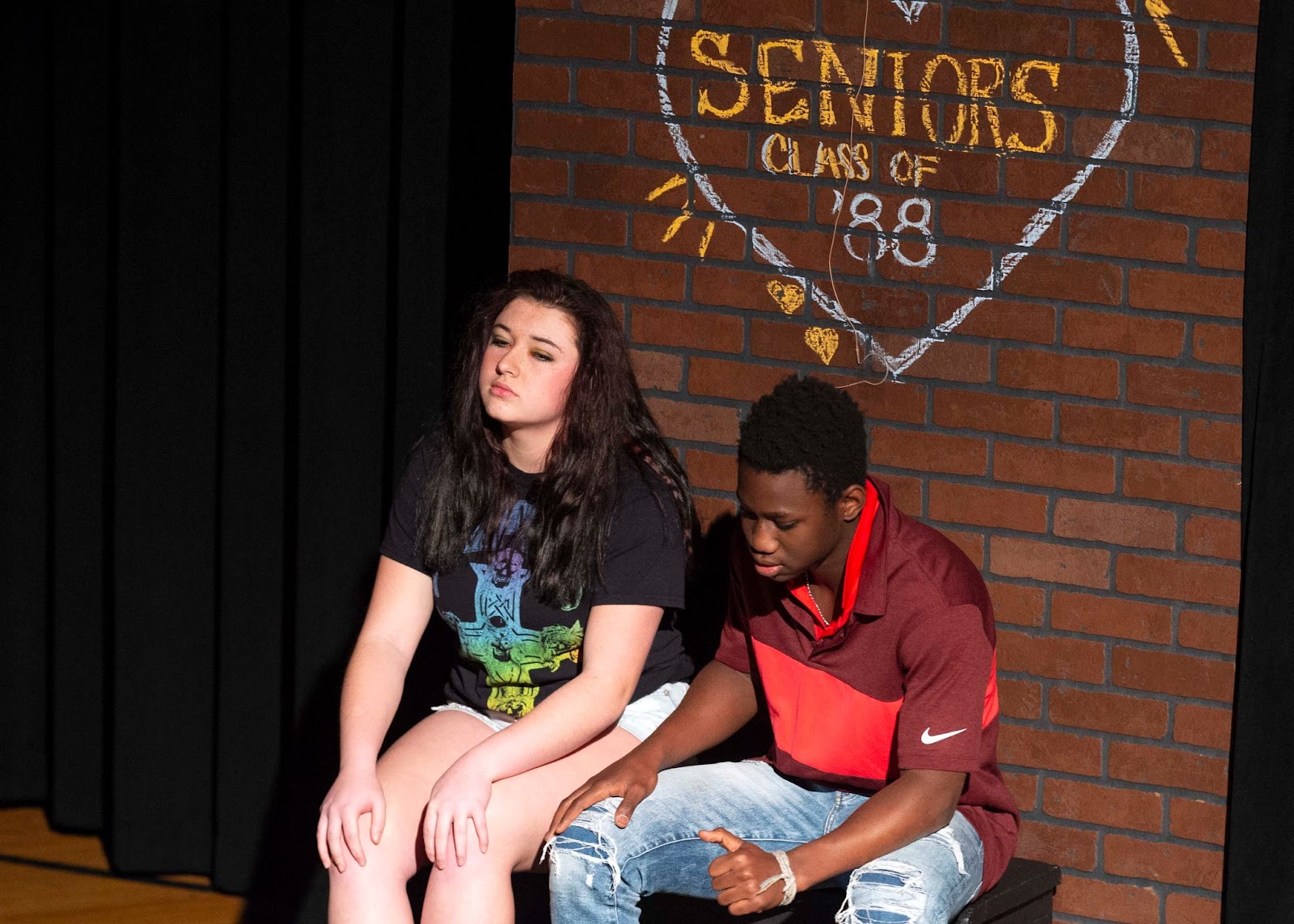 In “’We need to talk’ is never good,” April (Kaitlyn Sohm) and wrestler Tom (Henry Strobel) decide if their relationship can continue after they head off to separate colleges. 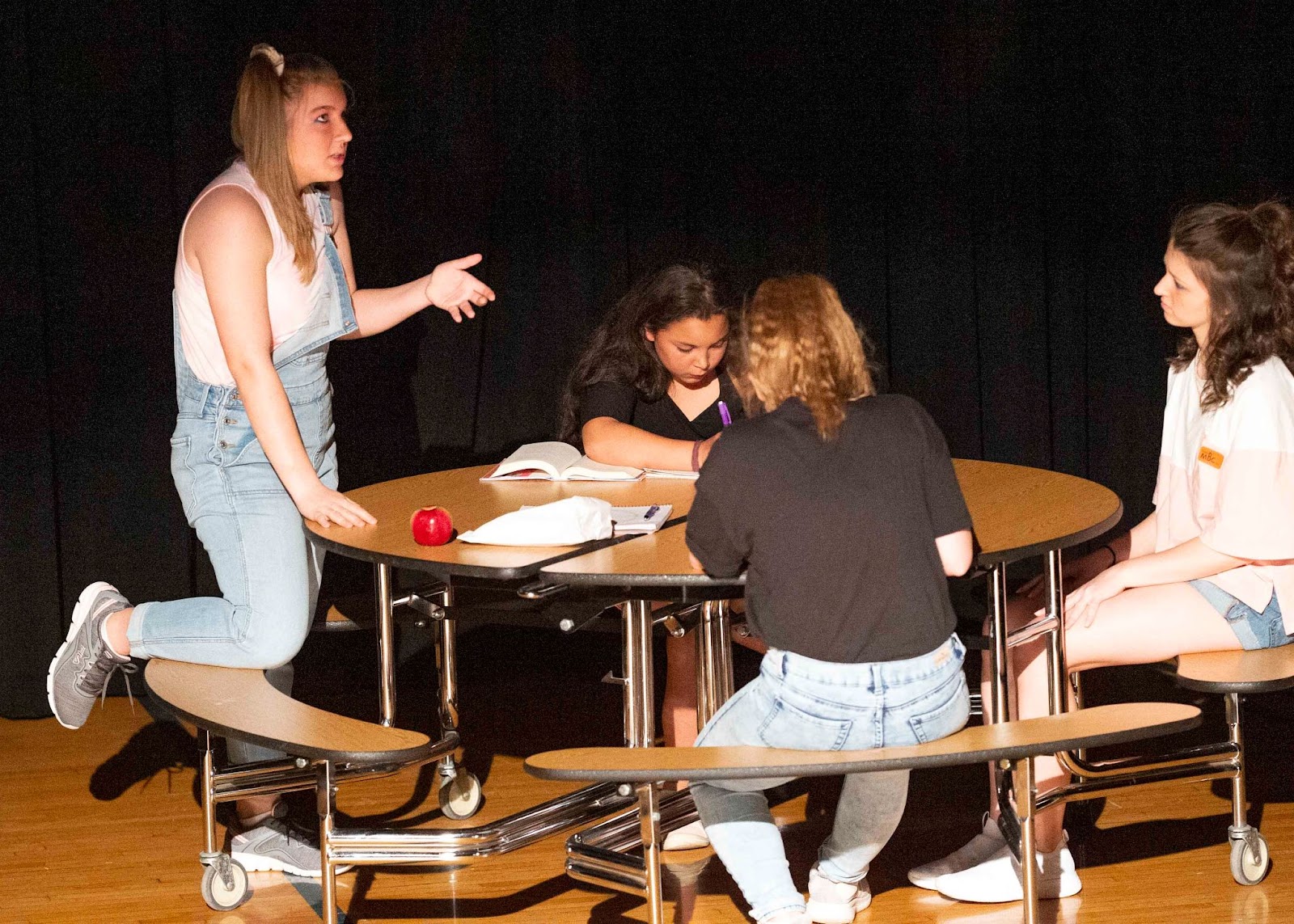 In “I am not invisible/I am not a bad person,” Katie (Micah Peterson, left) and Mary (Mady Seely, right) work out their differences. Also in the scene are extras Ella Lamont and Mylie Dylla. 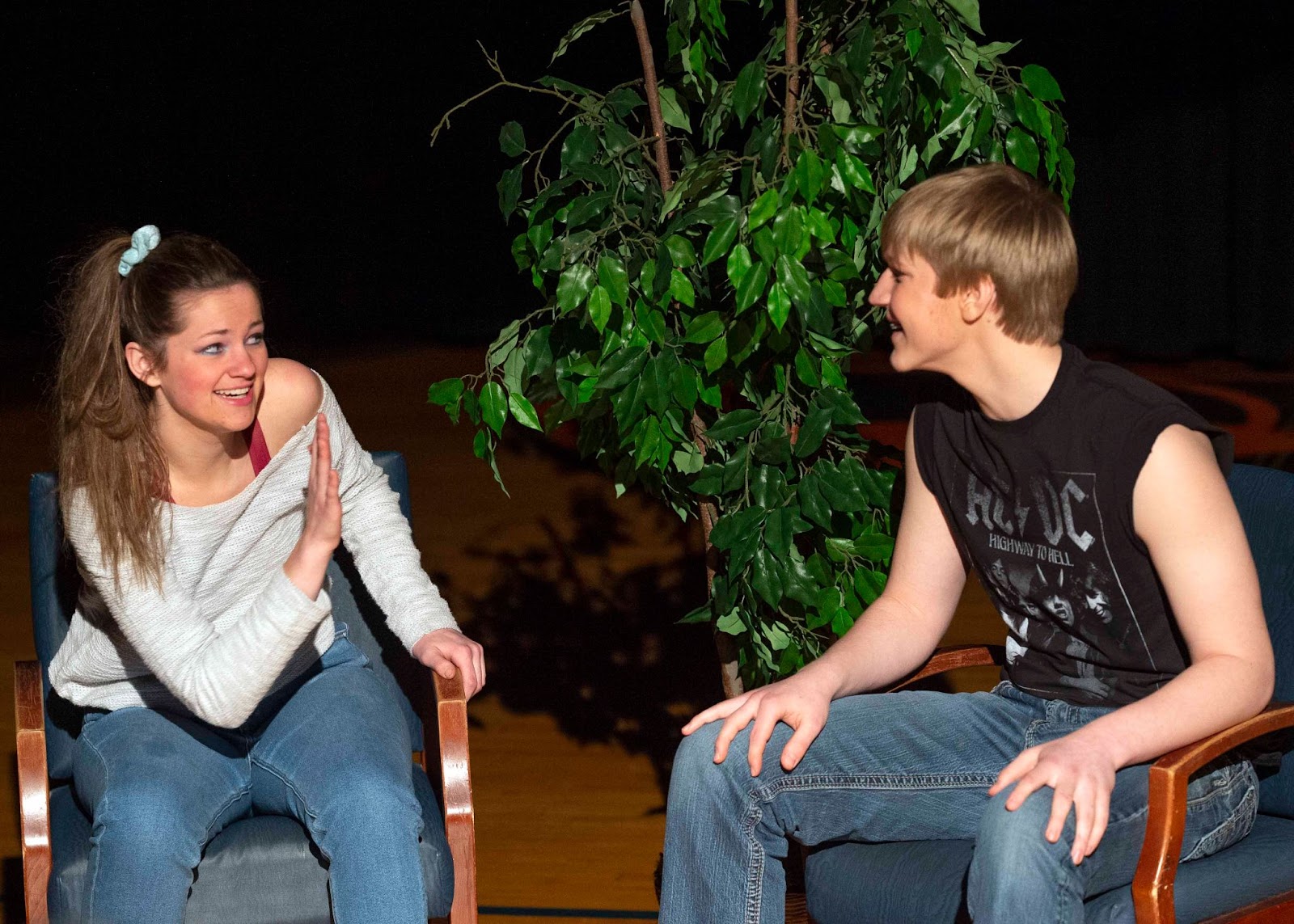 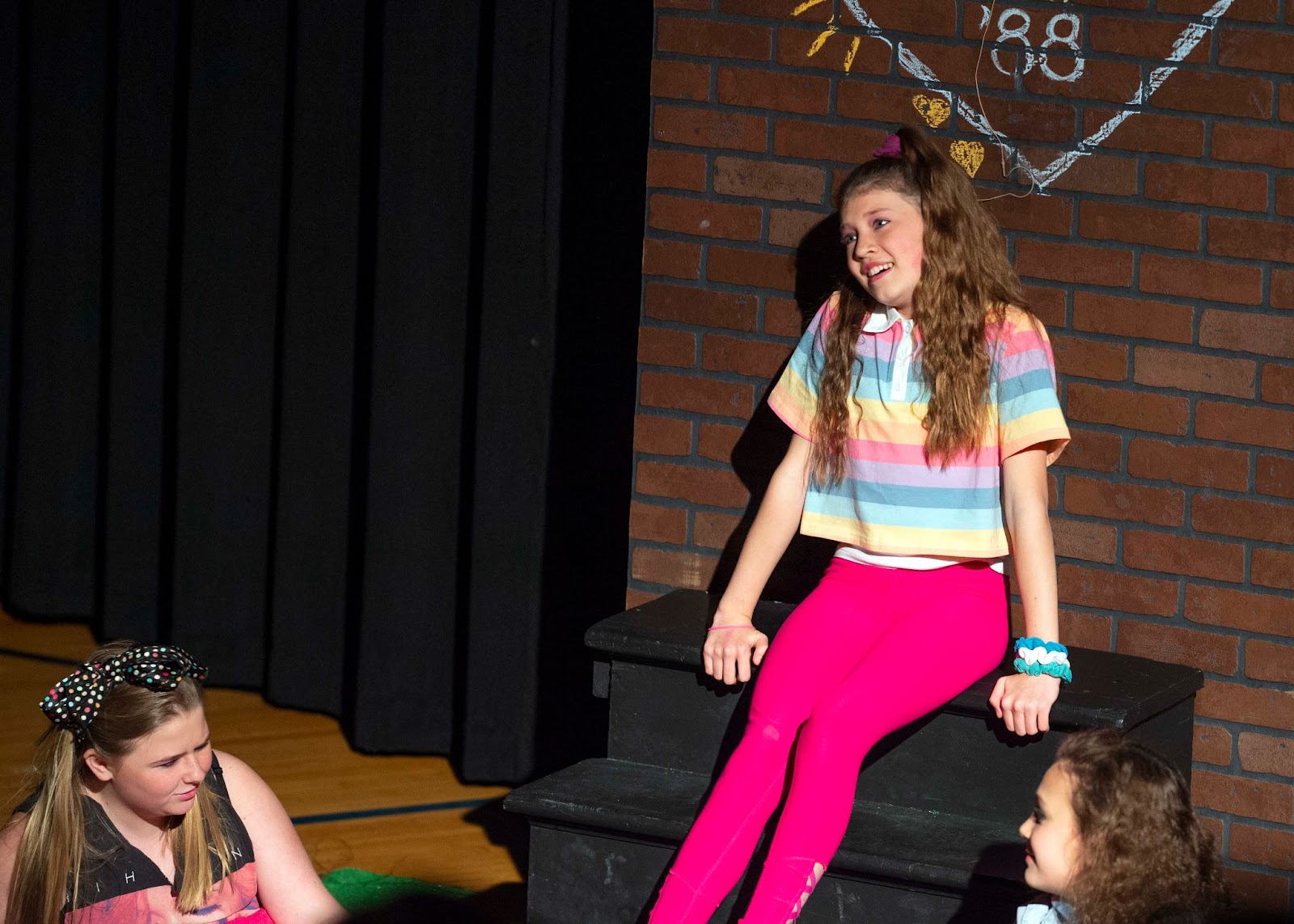 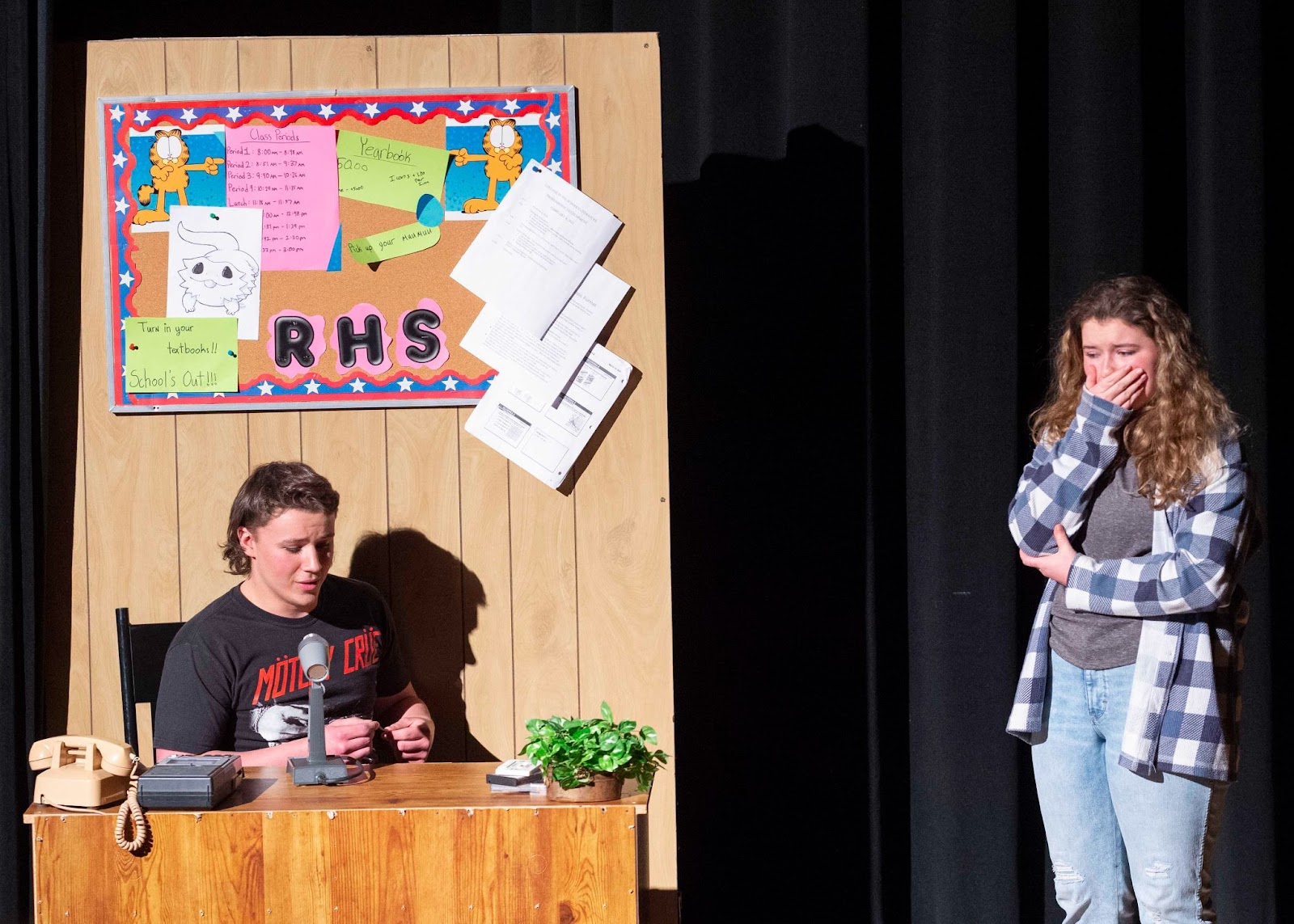 In “End-of-the-day announcement,” Avery (Tanyon Hoheisel) takes over the mic and announces how a misunderstanding ended a relationship with his former girlfriend Bethany (Amelia Tauer, right). Assisted by Micah Peterson, Tauer was also the play's student director. Lights and crew were Logan Porter and Jack Voit.