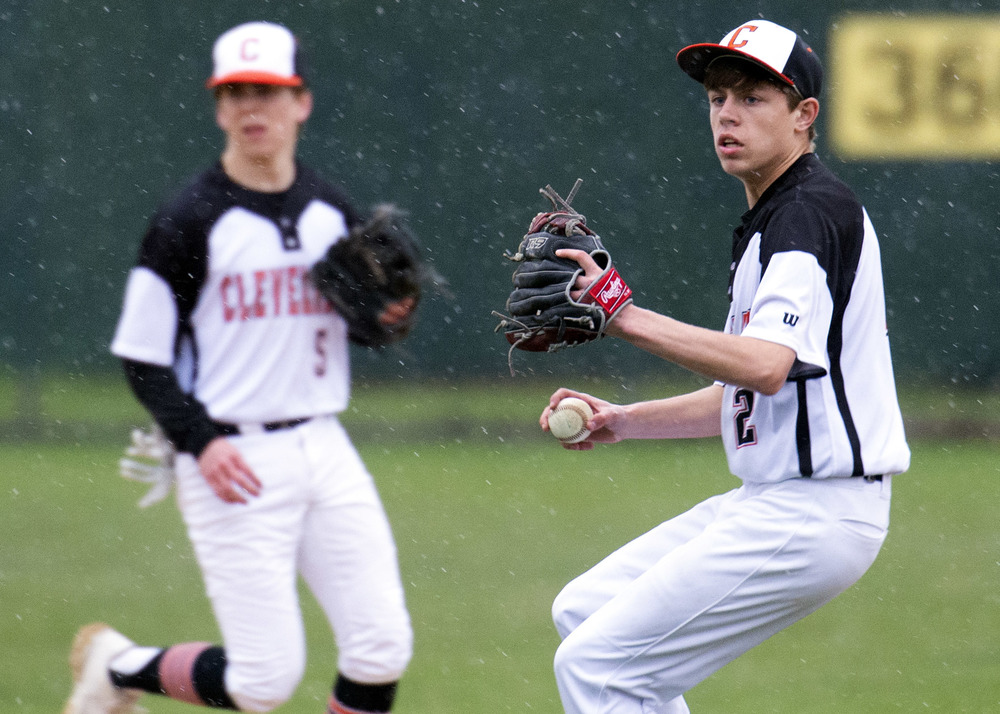 First came the downpour. Then came the darkness. In between there was an outbreak of Madelia hits, 10 to be precise.

But the varsity Clippers had two more hits than the visitors, and they had four less errors too, so when the game was finally called in the sixth—due to darkness, or rain, or a combination of both—they were on top 17-10.

Lucas Walechka, who tossed all six innings, said the damp balls didn’t break like he wanted them to, and that led to lots of hits.

“It didn’t work in my favor, but you just kind of have to battle with it. My curve ball wasn’t working, so I was just pounding fastballs and getting good placement with them. Toward the end it started working for me because it got dark.”

The game was a slug fest from the get go. Madelia airmailed Walechka’s first pitch to the outfield for a double. After a triple followed by an error in the outfield, the Blackhawks were up 2-0.

But the inning ended when Walechka tossed a comebacker to Colin Krenik at first, and Krenik relayed the ball over to third where Alex McCabe tagged out the runner for a double play.

The Clippers had their hitting shoes on too. Carter Dylla led off the bottom of the first with the first of three doubles he would have in the outing. Elijah Sullivan (throwing in the rain, above) singled and stole second. Walechka hit a line drive for a double and an RBI. Sullivan scored on an error, and McCabe followed up with a triple, to score Carter Barto, who was running for Walechka.

The Clippers were aggressive on the bases, and that helped their cause too.

“You just key on what the catcher is like and know the situation,” said coach Mike Krenik.

Taking advantage of three base hits and a couple of Clipper miscues, the Blackhawks tied the game in the top of the second before a 30-minute rain delay.

After the mound and plate were unwrapped, the Clippers took an 8-6 lead when Walechka walked. Running for him, Barto advanced on a McCabe double and scored on a Kaleb Timlin grounder. McCabe scored on a Jackson Meyer hit.

The third inning was scoreless, but the Blackhawks added two runs in the fourth on a double, a hit batter and a triple.

A trio of infield errors hurt Madelia in the bottom of the fourth, and with a Timlin walk and a Dylla double, the Clippers regained the lead, 13-8.

“It wasn’t baseball weather, but you’ve got to play through it,” said Krenik. “We came to play. We didn’t let up. We’re doing a lot better at concentrating on the game. We took advantage of a lot of weaknesses.”

On a triple and a sacrifice fly, Madelia put up one run in the fifth, but the Clippers extended their lead with a hit by Timlin, an error, a two-RBI Meyer double, another error, and another two-RBI Dylla double to put the Clippers in front 17-9.

On a walk and a triple, the Blackhawks scored another run in the sixth before the game was called after Walechka fielded another comebacker and tossed it to first for the third out.

“It was hard seeing off the bat, but as soon as it hit the ground…it was right in front of me,” Walechka said.

Madelia had nine errors. The Clippers committed five errors. Alex Garcia had a hit in the first.

“Madelia’s young,” Krenik said, “but in a few years they’re going to be a very good ball team.”

The Clippers will have a rematch with visiting St. Clair on Monday. 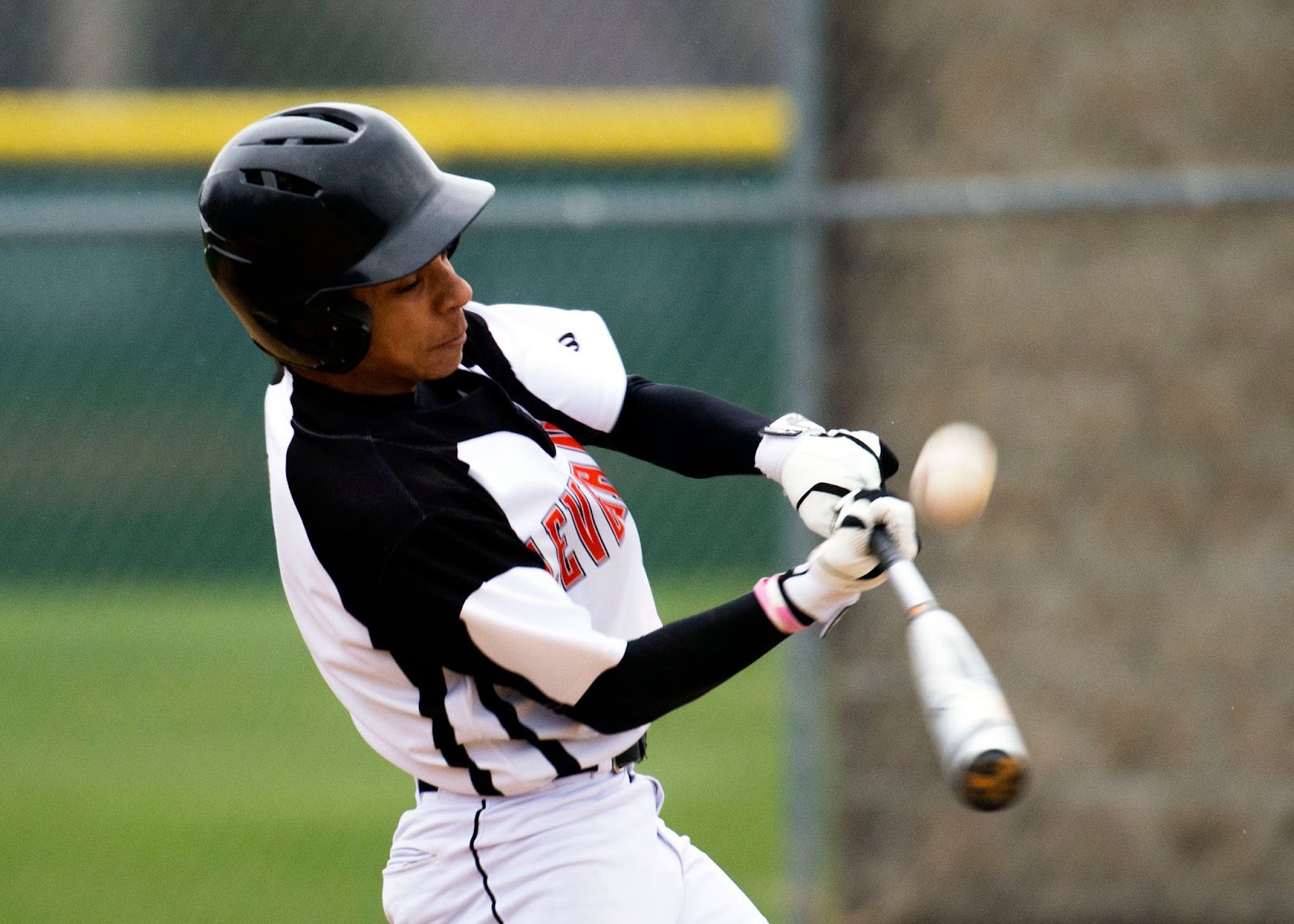 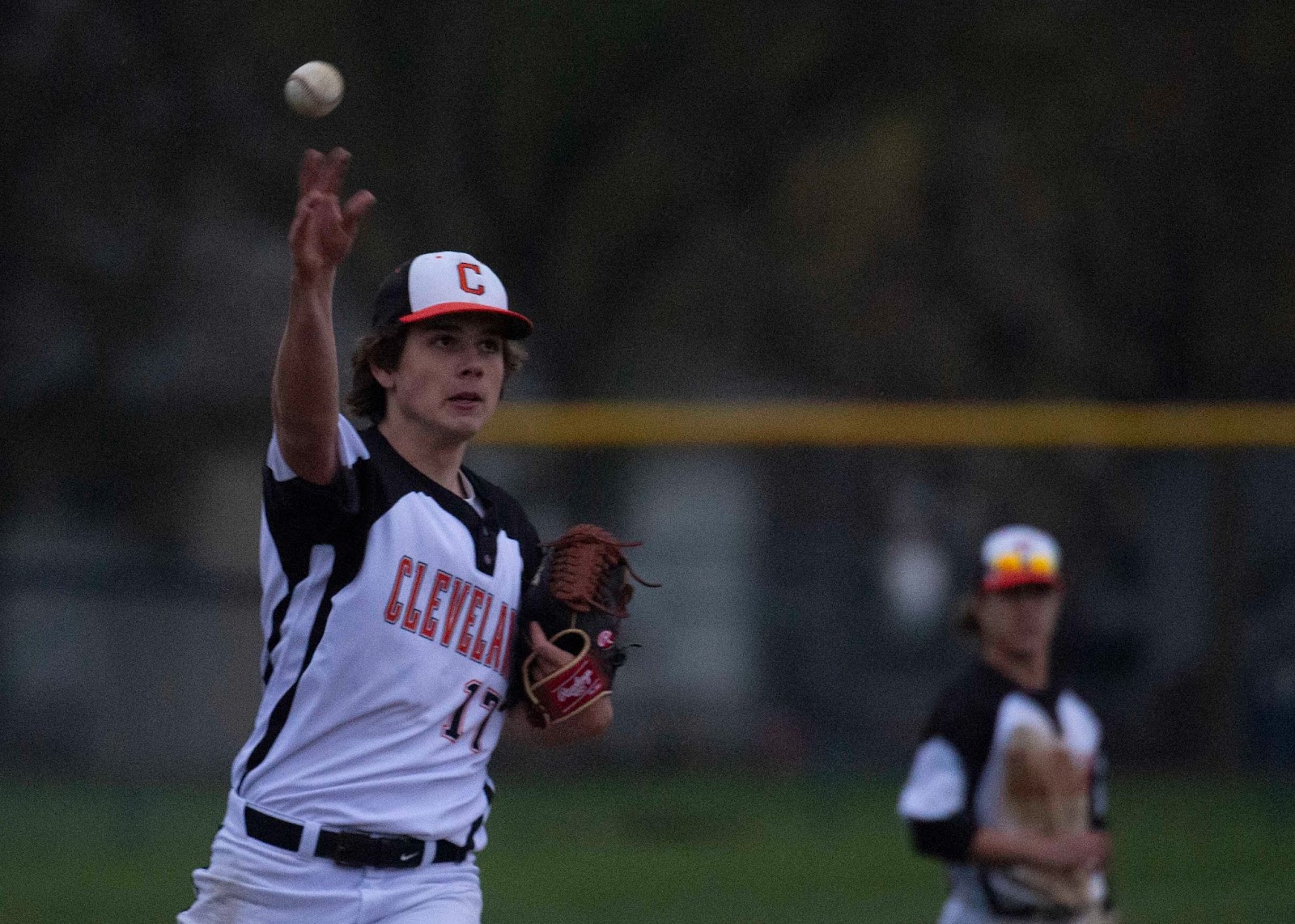 Darkness had settled in when Lucas Walechka got the final out.