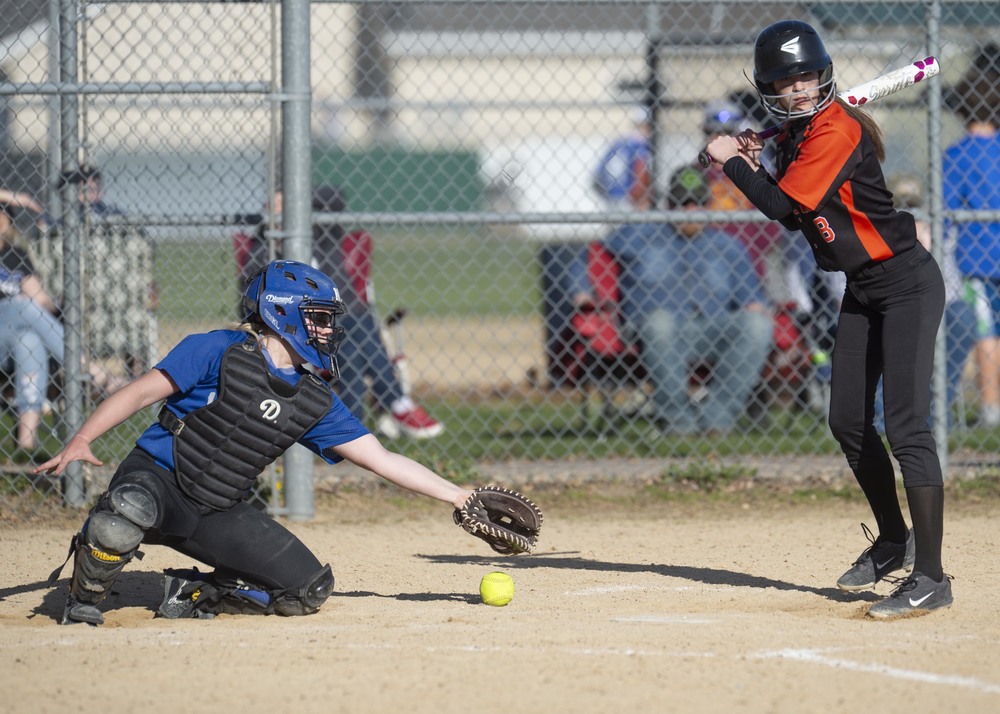 Patient at the plate, the junior high Clipper girls took a 5-0 lead after the first inning and went on to easily roll over visiting Nicollet 16-5 on Thursday.

Starting pitcher Ava Hahn struck out nine in her four innings. Jocelyn Bartell earned the save.

“Ava came out and pitched four quick innings, and then Jocelyn came in and did her part,” said coach Cassidy Kopet. “It was a lot of fun seeing the girls throwing strikes and making plays.”

Lacey McCabe (above), who was 3-3 for the evening, led off in the bottom of the first with a single. After three walks and an Addie Holden single, the Clippers were in front 5-0.

On two walks, a McCabe single, a  Brenna McCarthy double and a Hahn single, the Clippers posted five more runs in the third. Holden got on base on an error, and Sophie Perkins singled for one more Clipper run in the fourth.

“We didn’t have huge hits, but we had little hits that were strung together,” Kopet said. “We were aggressive on the base paths too.”

The bottom of the sixth inning was like the first with McCabe leading off with a single and then three walks and an error for five orange and black runs.

The seventh and eighth grade girls return to action on Thursday when they travel to St. Clair.