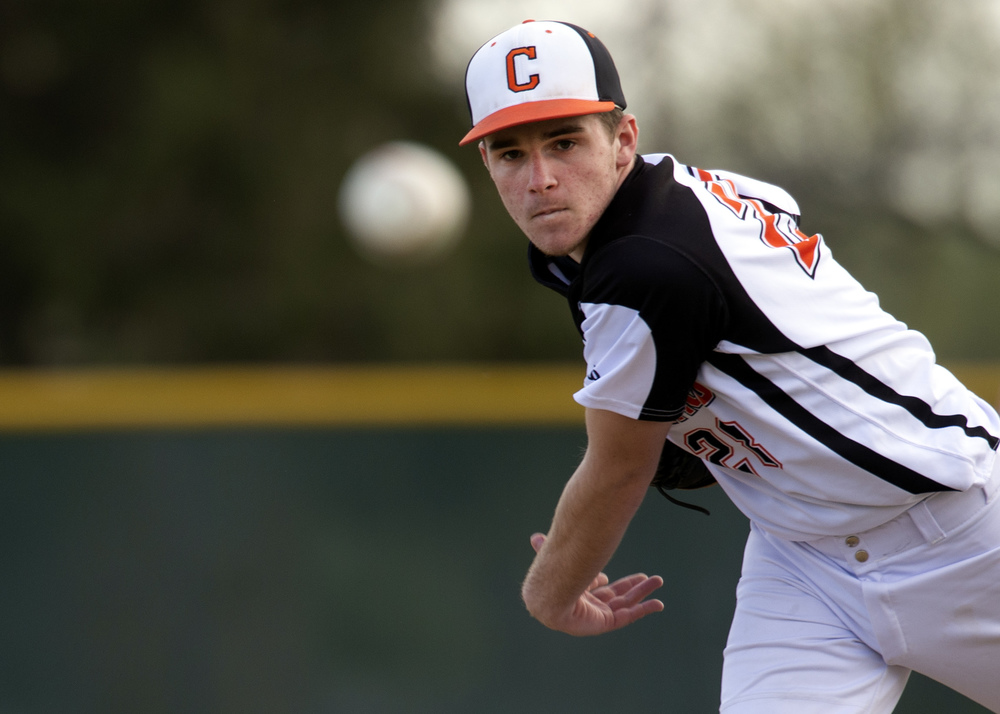 Carter Dylla went 4-4 with a double and triple, Alex McCabe stayed hot at the plate going 2-2 with a double, and the Cleveland Clippers rolled over visiting St. Clair on Monday for the second time this season, this time in five innings.

Colin Krenik (above), whose only other mound experience this year was two innings at New Ulm a couple of weeks ago, went the duration for the win.

Beaning three batters in the third and giving up a hit and a walk too, Krenik, hindered by an error in the outfield, allowed three St. Clair runs in the third, but that was it. He kept the Cyclones either popping up or beating the ball into the ground the last two innings.

“He struggled early on with his location but improved on his mechanics and threw strikes as the game went along,” said coach Mike Krenik.

Cleveland added seven more in the second and three in the third.

At third base, McCabe came up with a great play in the top of the fifth when he took a couple of steps, made a dive between short and third and came up throwing to first for the second out.

“It was the Sports Center play of the day,” Krenik said.

In the bottom of the fifth, Gabe Sullivan hit his third single of the night. He advanced on a couple of free passes and scored on a Dylla single for a Clipper walk-off win.

The Clippers outhit the Cyclones 13-6. Tanyon Hoheisel hit a double. Elijah Sullivan, Jackson Meyer and Krenik each had a single. Krenik struck out three and walked one.

The Clippers return to action today (Tuesday) at 4:30 in Nicollet for a conference showdown. The Clippers beat Nicollet in their season opener. 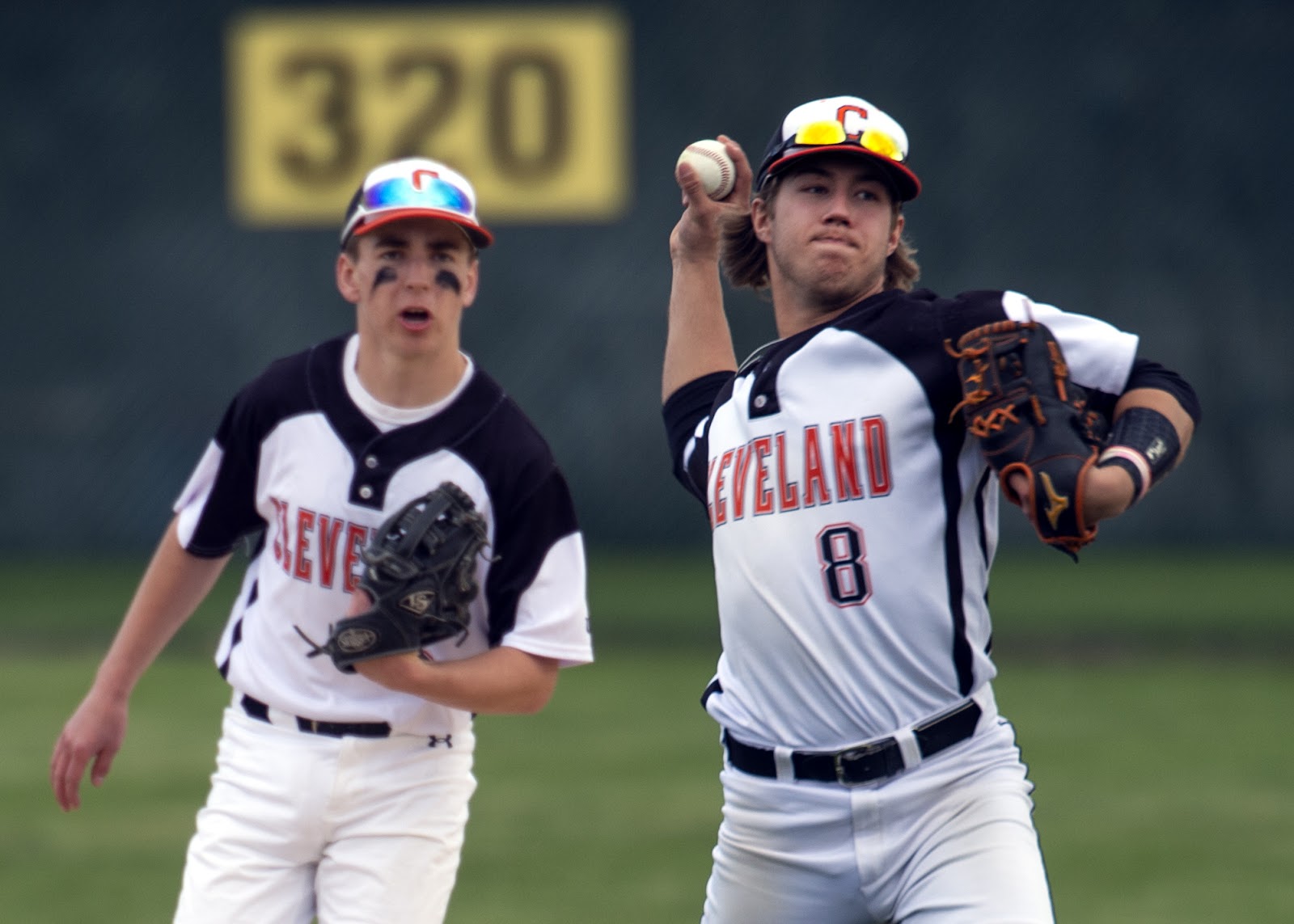 Third baseman Alex McCabe makes a throw to first base. Later in the game, he came up with a diving catch followed by a putout throw to first. 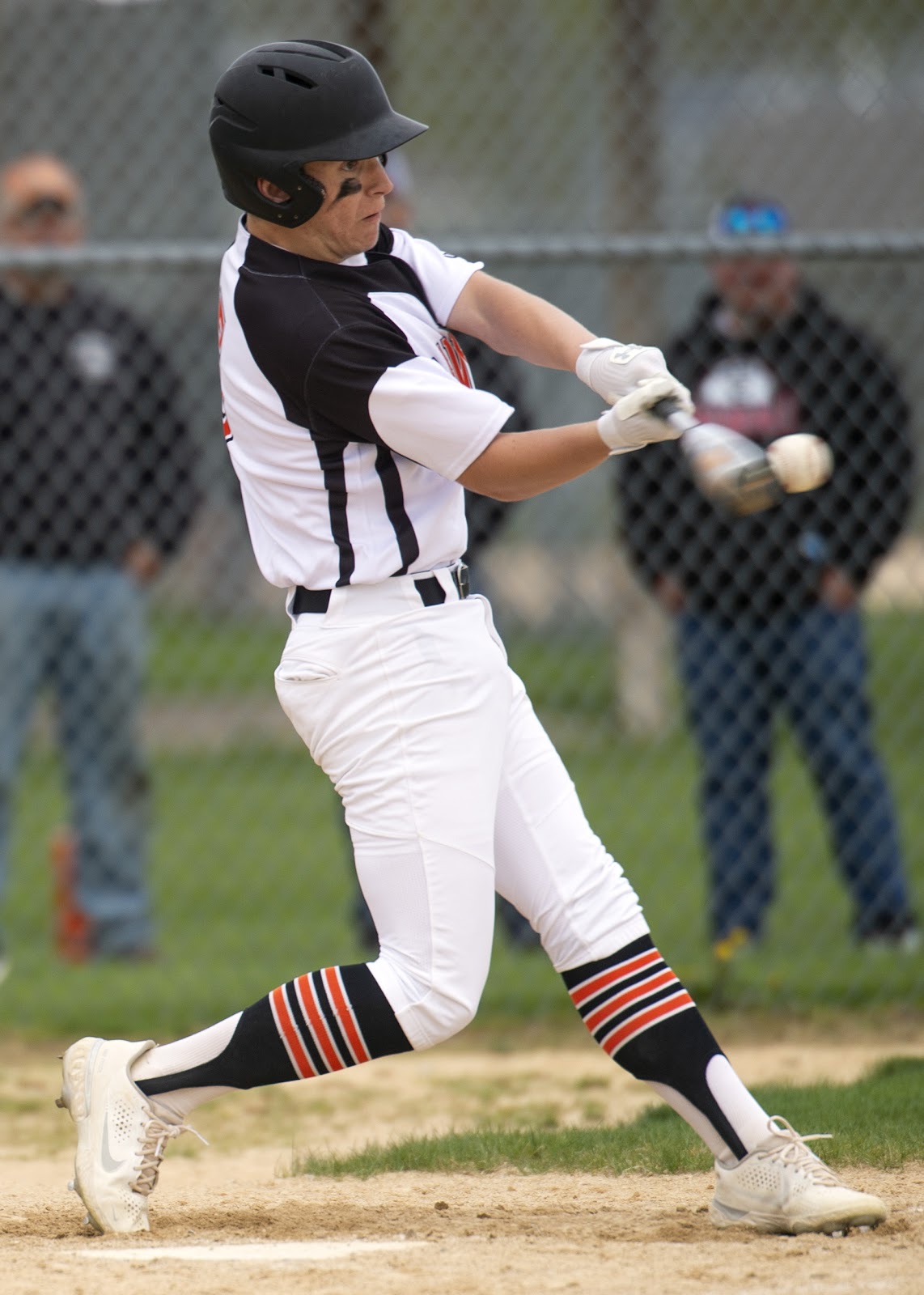 Carter Dylla was 4-4 at the plate.