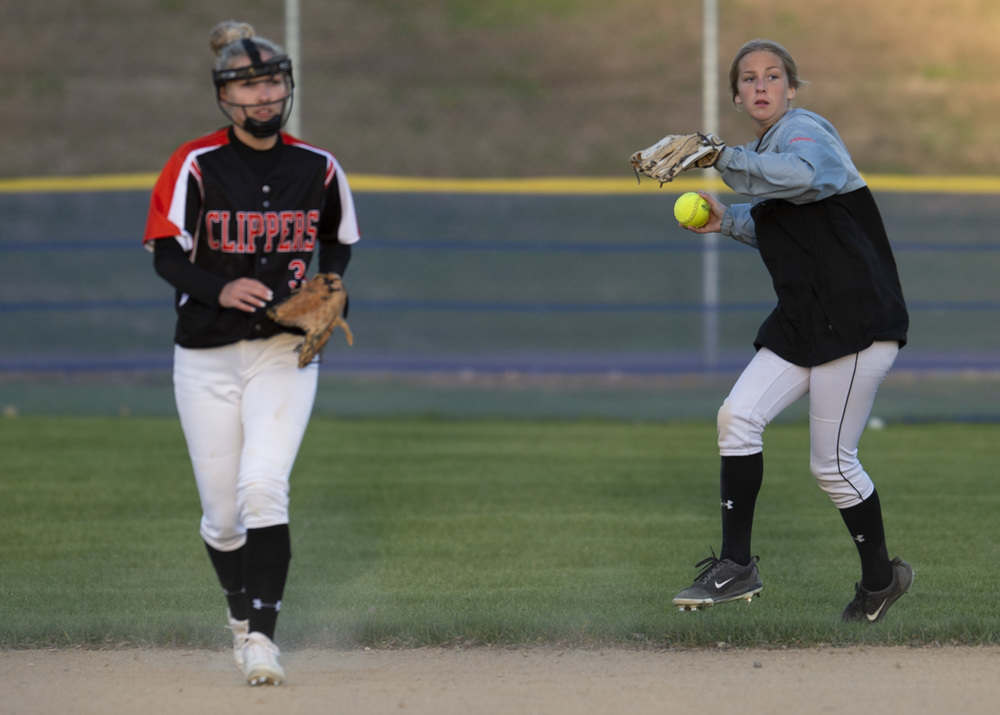 Clipper girls back to work after 12-day layoff

Above: Coming in from center field, Macey Ziebarth picked up a short hit and lasered the ball to Grayce Kortuem to snare the runner rounding first.

The plan at Madelia on Tuesday was that the Clipper varsity girls would play under the lights in a 7:30 contest.

But the lights weren’t really needed as the Clippers downed the Blackhawks 10-0 in five innings and got out of town before sundown.

It was the first game in 12-days for the Clippers and a good way to ease back into the season, said head coach Dan Fredrickson.

“They got it done early. We came out and quick and did a nice job in the field.”

Macey Ziebarth led off the game with a double. Nicole McCabe followed up with a single and later scored on a passed ball. Halle McCabe and Brianna Connor walked, and Ashley Connor bashed a two-RBI single to bring in Halle McCabe her older sister Brianna for a 4-0 Clipper lead early.

It was the Ziebarth-McCabe one-two punch again in the second, this time both with doubles. Emily Kern followed with a single, and Halle McCabe singled to score Nicole McCabe for a 6-0 Clipper advantage.

Ashley Connor led off the fourth with a walk and touched home plate on a Grayce Kortuem double to put the Clippers in front 7-0.

In the fifth, Kern got onboard on an error and scored on a Halle McCabe double. McCabe came home on a Harley Connor double. Connor scored on a Kortuem single.

The Clippers had 11 hits. All were part of the scoring sequence.

Kern started out in the circle and tossed for four innings. She fanned two, gave up two hits, beaned two and walked none.

“She blew through the first nine,” Fredrickson said. “She had a little bumpy patch in the fourth letting some runners on.’

Sierra Davis slammed the door in the fifth. The first two batters she faced got hits, but the Clipper defense did the work after that for three-straight outs.

“Sierra came in again and just did awesome,” Fredrickson said. “Her change-up…and she throws hard. Having an opponent see two pitchers like that is a big asset for us.”

Fredrickson said that Madelia, 0-3 in the Valley, is a good team and in the top six in Cleveland’s section. Alden-Conger is ranked seventh in the state, and one of their losses was to Madelia. The Blackhawks also posted six runs when they took on Nicollet.

The Clippers, 3-0 in the Valley, are back in action on Thursday when they host Nicollet. The Raiders beat the Clippers in the non-conference season opener. They are 2-1 in the conference with wins over Madelia and JWP and a loss to 5-0 LCWM. 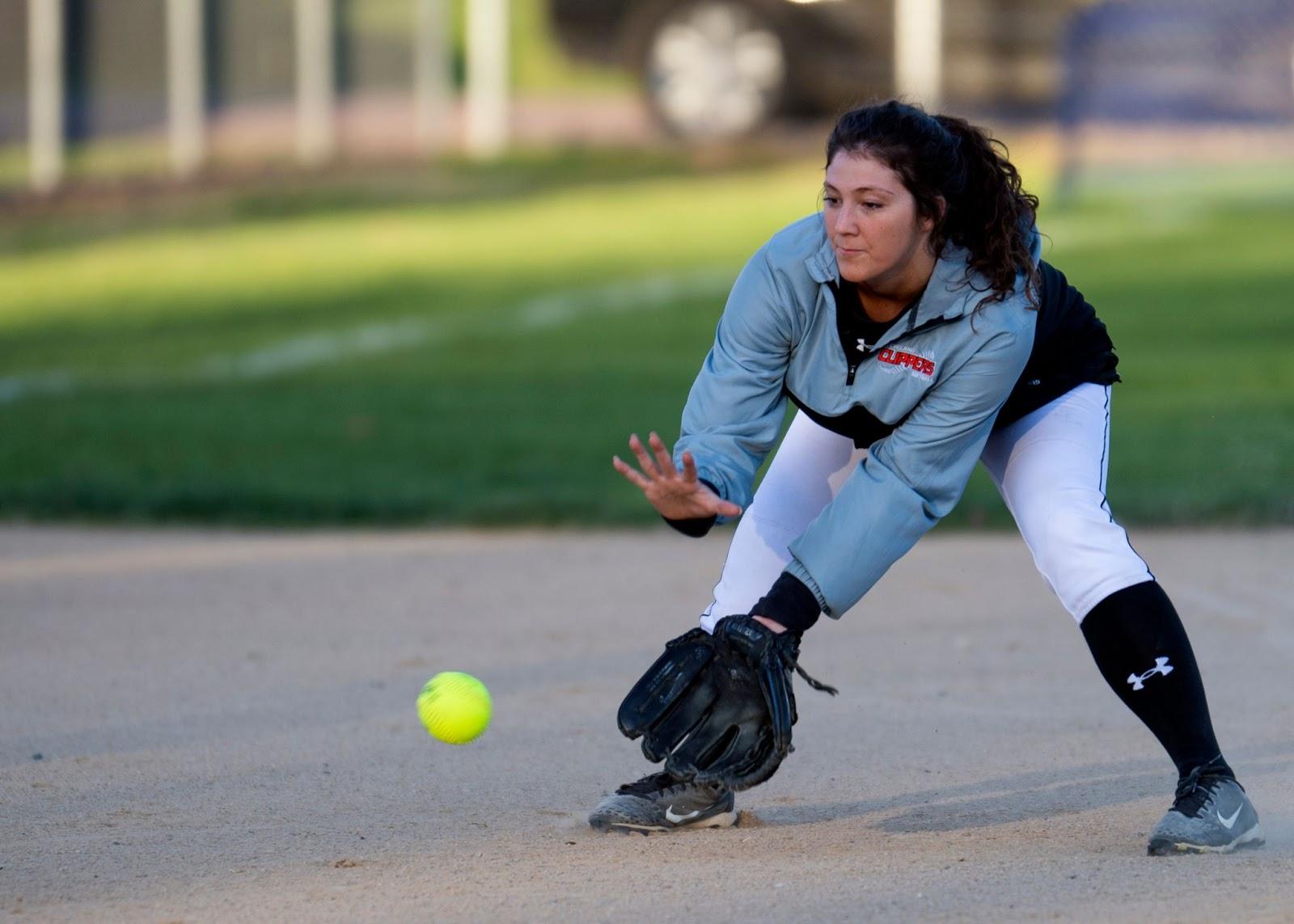 Shortstop Halle McCabe and the rest of the Clippers played flawless defense. 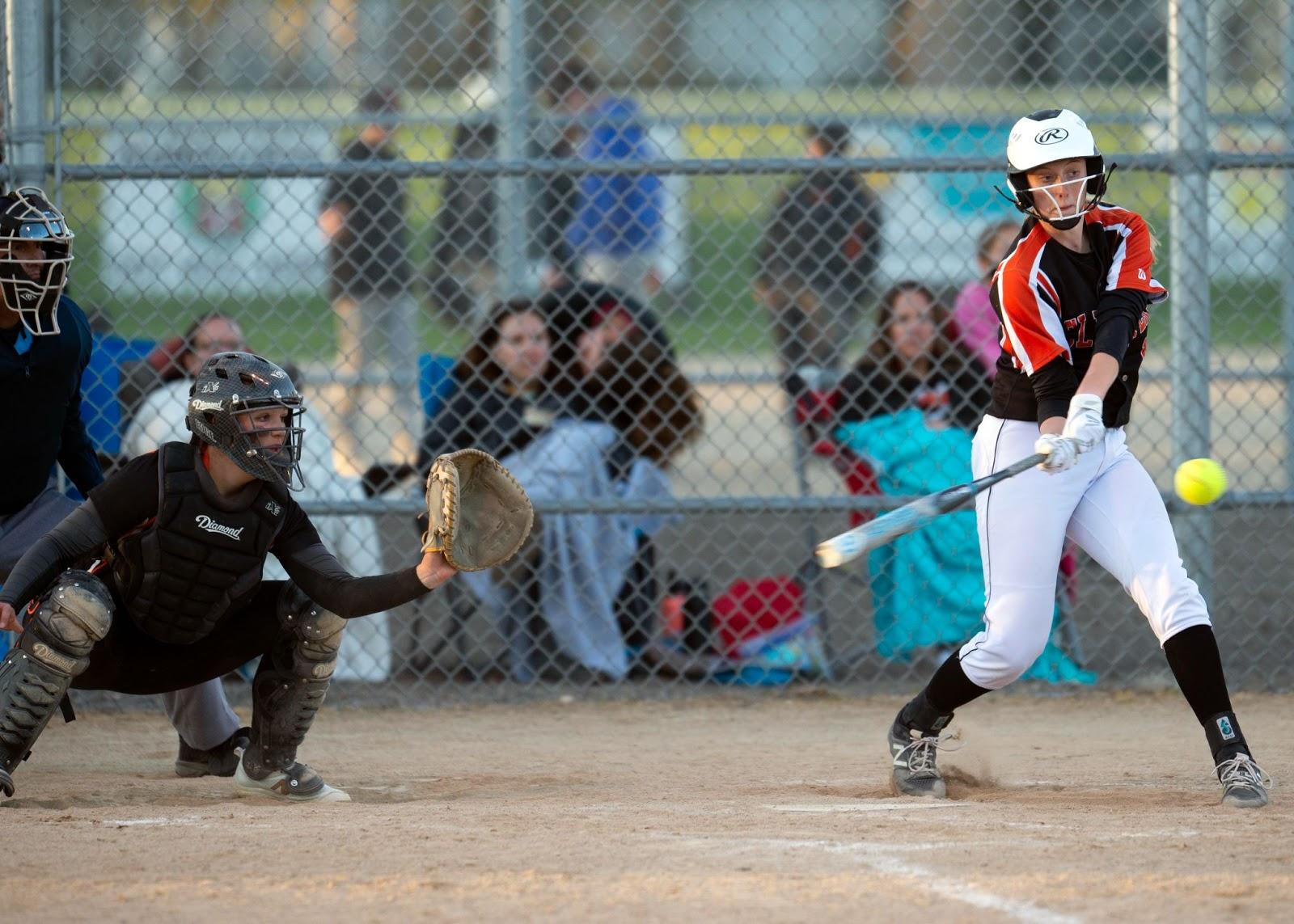 Harley Connor twists for an RBI double in the fifth.