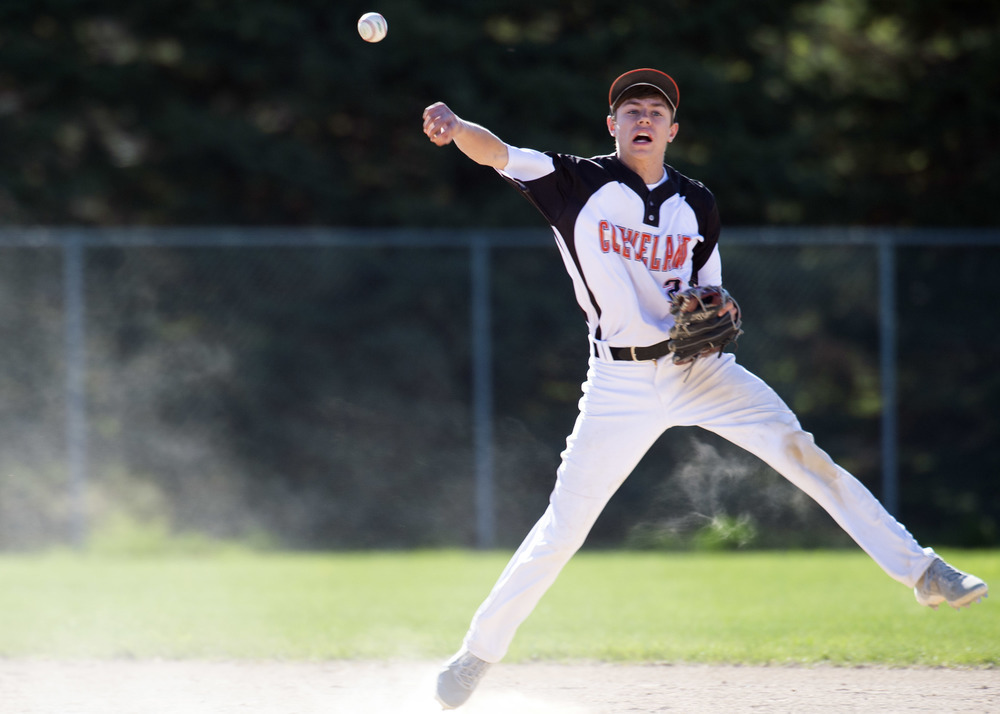 Above: shortstop Elijah Sullivan stretched for a running catch and then twisted back to gun the runner out at first.

Head coach Mike Krenik felt tentative as the Cleveland bus pulled in to Nicollet on Thursday.

Sure, the Clippers beat the rival Raiders 8-3 at home in their season opener, but they had to come from behind to do it.

“I don’t think we were overconfident at all,” Krenik said. “I don’t know if it was the surroundings or the weather, but we had that feeling it wasn’t going to be that easy, and it wasn’t.”

At Nicollet, the sun was harsh, and a strong wind blew across the field from the north.

For a while, the Raiders had the momentum as Cleveland struggled on offense, but the Clippers came back to tie the game 3-3 in the fourth and then broke that tie in the extra inning with three more runs for a 6-3 triumph.

Jackson Meyer led off the eighth inning with a walk and went to second on a balk. Back at the top of the order, Carter Dylla singled while Meyer held at third.

“How many things can happen when you have a guy on third base with no outs,” Krenik said. That puts so much more pressure on the pitcher.”

But the Raiders managed two outs before Lucas Walechka came up with his second clutch hit of the night when his grounder up the middle scored Meyer from third and Dylla from second.

Walechka scored an insurance run when he advanced on an Alex McCabe single and crossed the plate when Kaleb Timlin hit a comebacker, and the first baseman couldn’t hang on to the throw.

Dylla, who took over the starter McCabe in the third, held on in the bottom of the eighth for the Clipper win.

The Clippers scored in the bottom of the first when Elijah Sullivan walked, stole second, took third on an error and scored on a McCabe single. The Raiders went ahead 3-1 in the second on two walks and three hits.

“We didn’t pay attention on a bunt and steal,” Krenik said. “If it’s not a strike, you pull back, and that makes it hard for the catcher to throw down to second.”

Scoring a pair of runs on a two-out rally, the Clippers tied the game 3-3 in the fourth. Tanyon Hoheisel walked, Dylla snuck in a grounder between third and short, Elijah Sullivan walked, and Walechka cracked the ball past the shortstop for a two-RBI single.

“Between innings we adjusted our minds a little bit,” Krenik said. “You can preach to pay attention all you want, but we weren’t doing that.”

On the hill in relief, Dylla befuddled the Raider batters. Not allowing a hit in six innings, he whiffed 13 and walked one. McCabe threw the first two innings. He gave up four hits, three walks and struck out one. Krenik would have liked to have kept him in longer, but he hurt his shoulder getting back to first.

The Clippers had eight hits, four more than their host. All were singles. Walechka had three, McCabe and Dylla each had two, and Meyer had one.

The Clippers had two errors while the Riders, who used a trio of pitchers, committed three errors.

The Clippers, with their 4-1 conference record, are in a three-way tie with Loyola and Martin County West. They travel to 2-2 JWP on Thursday.

The Bulldogs beat Nicollet and Lake Crystal but lost to Madelia and Loyola. Loyola’s loss was to Nicollet, while MCW’s loss was to Loyola. The Clippers’ loss was to MCW. 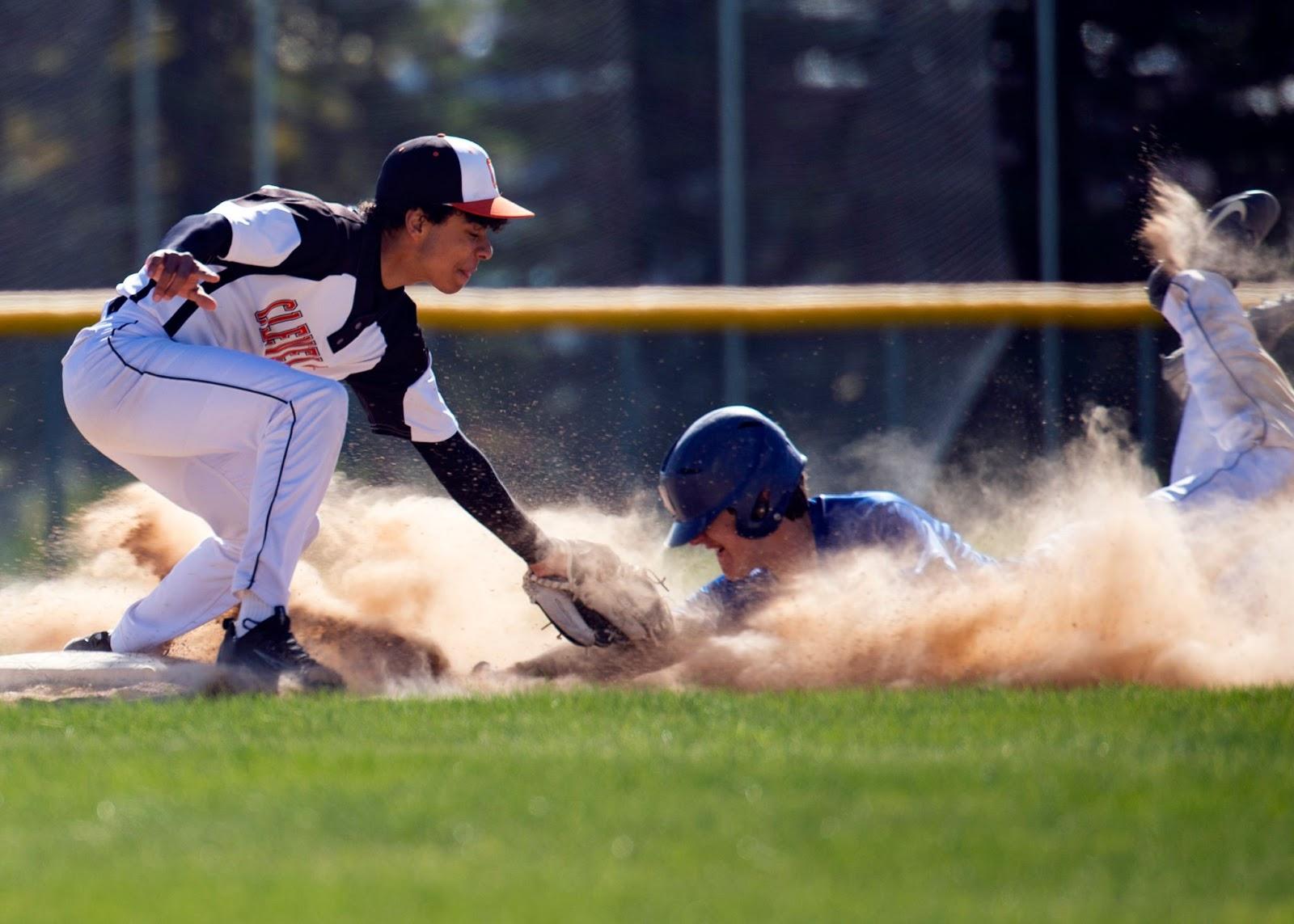 Kaleb Timlin tags out a runner at third.