Clippers succumb to no-hitter in loss to Nicollet

Above: Taylin Gosch goes up for a throw to second on a steal.

Officially an error, Nicole McCabe’s hard grounder to Nicollet’s shortstop was the closest the varsity girls came to a hit against Marah Hulke and the rest of visiting Raiders on Thursday.

McCabe was one of just four Clippers to get on base with none of them advancing past third.

Meanwhile the rival Raiders scored 10 runs in seven innings and beat the Clippers for the second time this season.

“At the plate we really struggled,” said head coach Dan Fredrickson. “As far as the book goes, Hulke threw a no-hitter. She’s a very good pitcher, but she keeps stuff around the plate, and we’ve got to be able to hit that if we go to where we want to go in the section.”

Pitcher Emily Kern got off to a good start, getting the first batter she faced to pop out before fanning the next two.

Kern gave up two hits to start the second inning. An error cost the Clippers a run, but the Raiders got greedy on the play, and the Clippers trapped the runner between third and home for the second out before a Kern strikeout ended the frame.

That was enough to win the game as the Clippers never got their bats out of neutral.

The Raiders scored another run in the third after an error and two hits, but again the Clippers executed another rundown between third and the plate to limit the damage.

After Kern retired the side one-two-three in the fourth, the Clippers needed a little offensive spark and almost found one with one out when Kern got hit by a pitch.

Running for Kern, Sophie Shouler made it to second on a wild pitch and to third when Halle McCabe reached first on a third strike passed ball. McCabe made the easy steal to second to put two runners in scoring position. The Clippers tried bunting, but a strikeout followed by a ground out ended the inning.

“We just needed that spark and couldn’t get it,” Frederickson said. “It was frustrating.”

After that missed opportunity it was all Raiders.

Kern beaned the first batter she faced in the top of the fifth and walked the next. As Sierra Davis stepped into the circle, the Clippers’ intentional walk to Hulke loaded the bases

A hit with a throwing error on the play scored three runs. After two more hits, the Raiders suddenly had a 7-0 lead.

“We hung around for the first four innings,” Fredrickson said, “but we got a couple runners on base, and things just started to snowball, and I thought it might have been flashbacks of what happened here in that opener. We weren’t us in the field; we weren’t as clean today as we normally are.”

Nicollet posted one more run in the sixth and two in the seventh to put the finishing touches on the shutout.

Hulke kept in control her entire seven innings in the circle. Harley Connor was the only other Clipper to get on base. She walked and reached second on a ground out in the fifth before Hulke retired the side.

“They’re good, but I thought we were going to have this kid of layover on Tuesday,” Fredrickson said. “I thought we would be able to hit her today and just didn’t. When she went through that lineup one through nine, it kind of was in our heads a little bit. When it came through the second time, everything went down hill.”

Kern struck out four and gave up five hits, beaned one batter and allowed three walks, two intentional.  Davis took over with the bases loaded and no outs in the fourth and also gave up five hits. She walked one, beaned two and struck out one. The Clippers committed four errors. 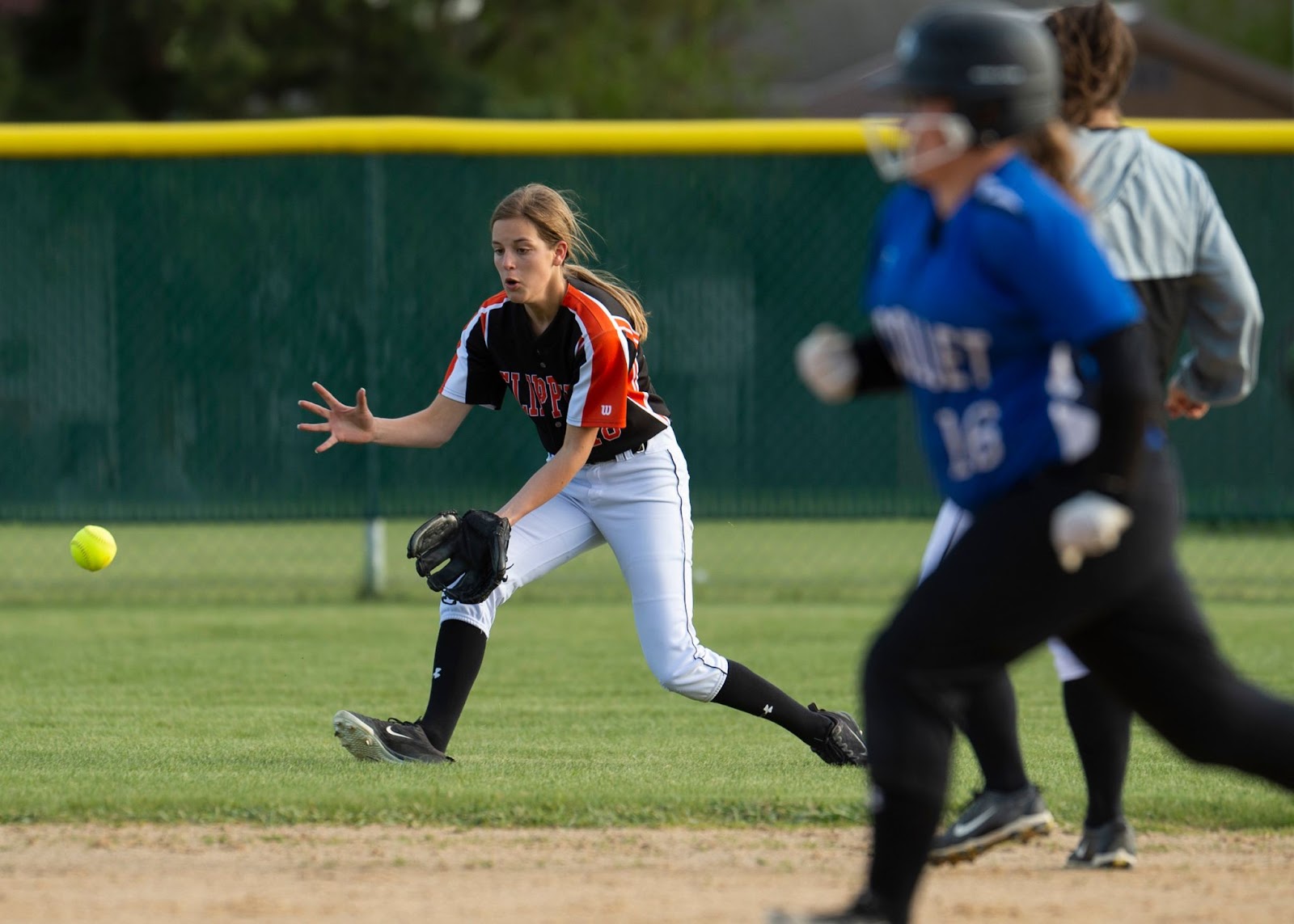 Left fielder Nicole McCabe chases down one of Nicollet’s 10 hits.