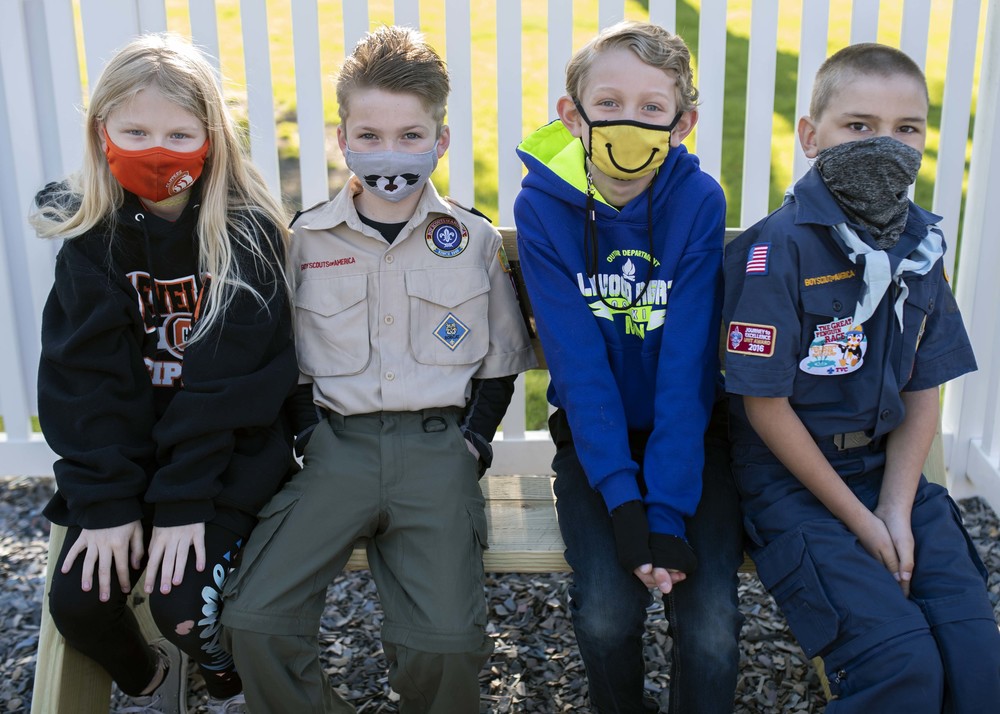 Above: Scouts Jessilynn Milnes, August Keltgen, Logan Steinborn and Geoffrey Gehrke made a bench for the preschool playground.

Fourth-grader Jessilynn Milnes fondly remembers the time she spent as a preschooler in the small playground in front of the school.

As a Cub Scout last fall, she thought the area needed a comfortable place to sit.

So, in keeping with the Cub Scout oath...to help other people at all times...Milnes decided she would make a bench for the playground as part of a Pack 15 project.

"We all wanted to help the preschoolers, so I thought that maybe if they get tired, they can sit on the bench,” said Milnes. “Parents can also sit on it so they don’t have to be walking around...and also the teacher."

"The Webelos and the Bears (Cub Scout ranks) work on different woodworking projects as part of their requirements," explained Cub Master Peggy Peterson. "Nick and Kris  helped the Scouts build the bench, but they also went over woodworking background, including different types of wood, all the different tools that are used in woodworking, stains, painting and that sort of thing."

Built with treated fir, the 4-foot-long bench was presented Friday morning. On the front of the bench, a plaque—engraved by former school custodian Gary Haase—lists all those who contributed to the project. 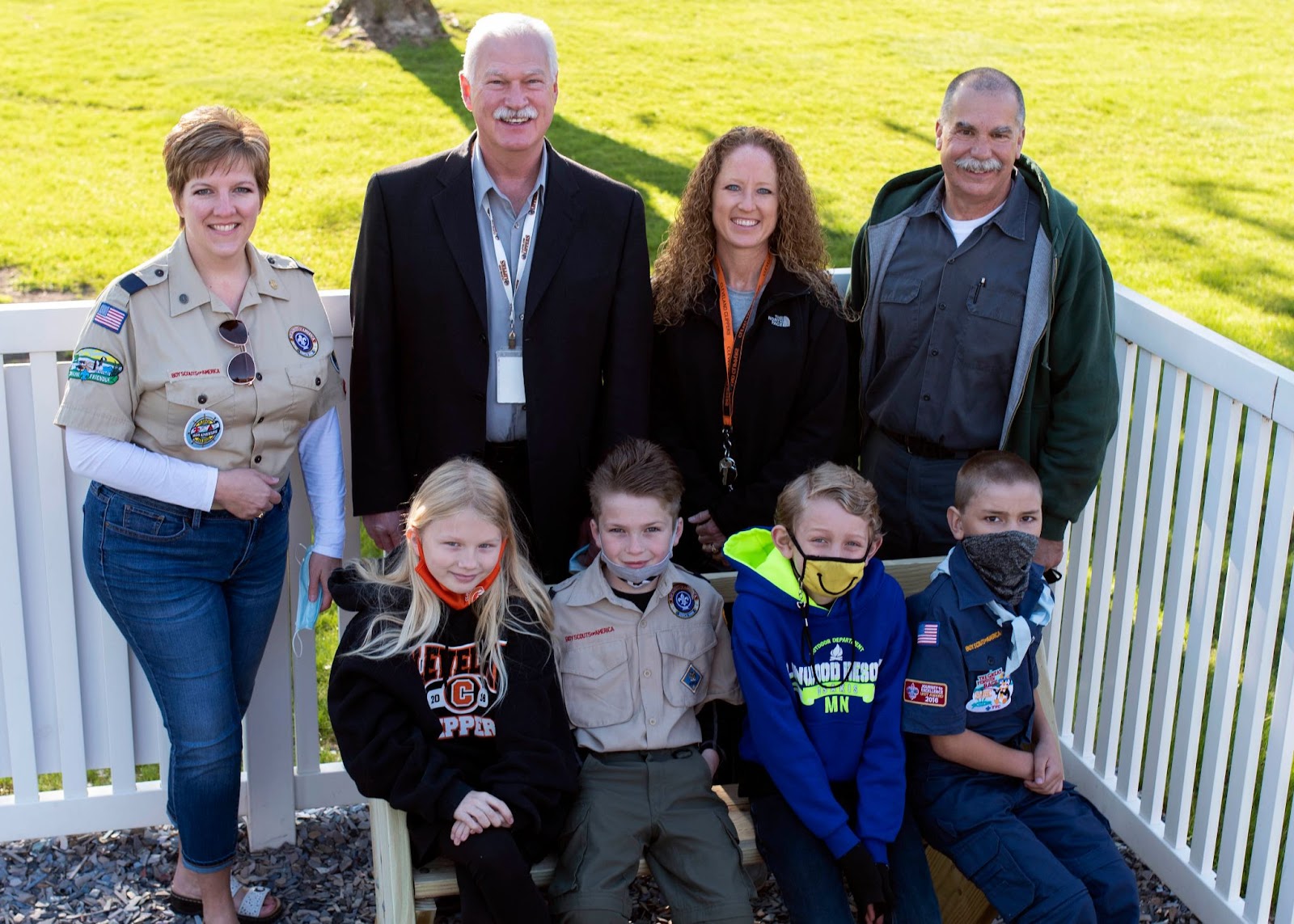