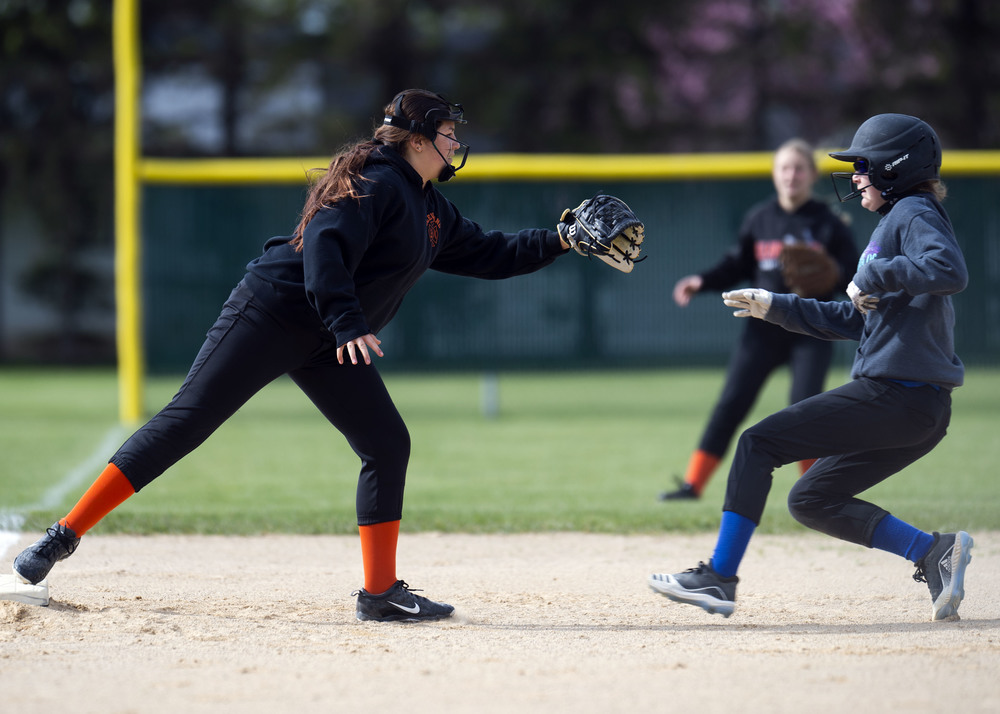 Above: Isabel Duron tags out a Nicollet runner heading into third.

Rallying for five runs in the fourth, the Clipper junior high girls pulled within four runs of Nicollet on Saturday morning in their own three-team tournament, but time ran out on the effort, and they fell 10-6.

In the afternoon, the Clippers lost to Waterville-Elysian-Morristown 12-6.

Fielding errors and mistakes on the base paths hurt the Clippers in both games.

"We kind of struggled a little bit," said coach Cassidy Kopet, "...just some silly mistakes. I told the girls it’s ok to have off days, but we’ve got to take those off days and think about what we did wrong, and we’ve got to come back the next game thinking about how we can improve those things that we struggled with."

The Clippers scored a run in the first when Lacey McCabe led off with a single and advanced on a Brenna McCarthy single. McCabe scored on a passed ball. McCarthy led off the fourth with a single. Mylie Dylla hit a single in the second for the Clippers’ only other hit. No Clipper batted more than twice.

A couple of gaffs on the base paths cost the Clippers, including a triple play where two were caught trying to get back to base after a fly out.

The Raiders had seven hits and five walks and struck out five times. Jocelyn Bartell took the loss.

The Clippers got off to a good start against the Buccaneers. Bartell led off with a single, Sophie Perkins walked, and Mya Lassiter singled, After two walks and a hit batter, all three were home safely.

WEM responded with two runs on two walks, a hit batter and a single. On singles, walks and errors, they went up 7-3 going into the third.

In the top of the third, McCabe singled and scored on an Ava Hahn triple. Hahn and Lassiter scored on errors and passed balls to pull the Clippers back within a run, 7-6.

But that was it for Clipper scoring. On a hit and a couple of walks, the Bucs posted another run in the third. Two singles, a double and Clipper miscues led to four more WEM runs in the fourth.

The Clippers had four hits and whiffed nine times, four more times than the Bucs. Hahn started in the circle and was relieved by Lassiter.

The junior high Clippers travel to Alden on Tuesday, to Nicollet on Thursday and to Le Sueur on Friday. Shortstop Lacey McCabe tries to find a handle on the ball as a Nicollet runner glides into second. 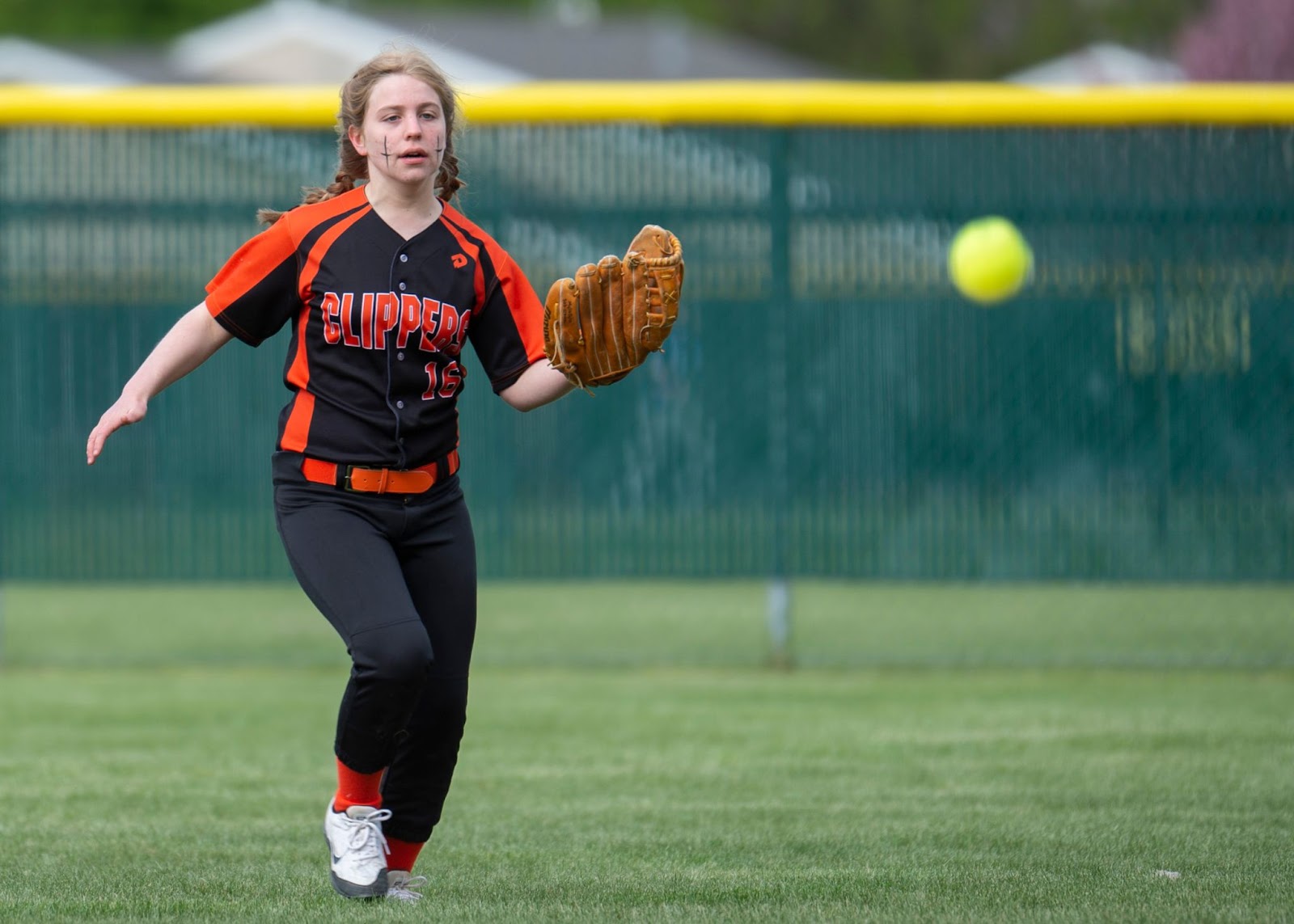 Center fielder Mylie Dylla tracks down a hit to the outfield. 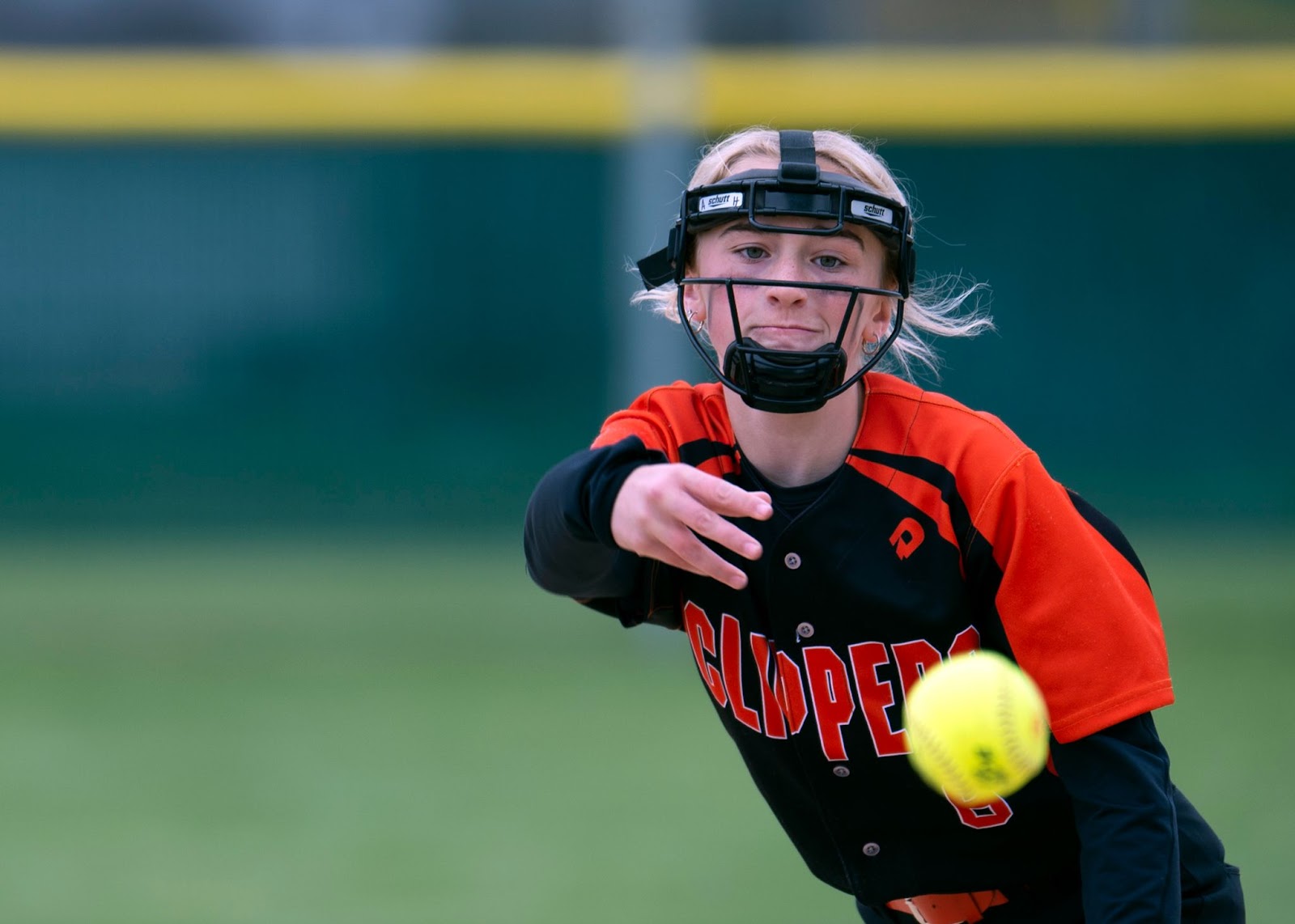 Ava Hahn started in the circle against WEM.