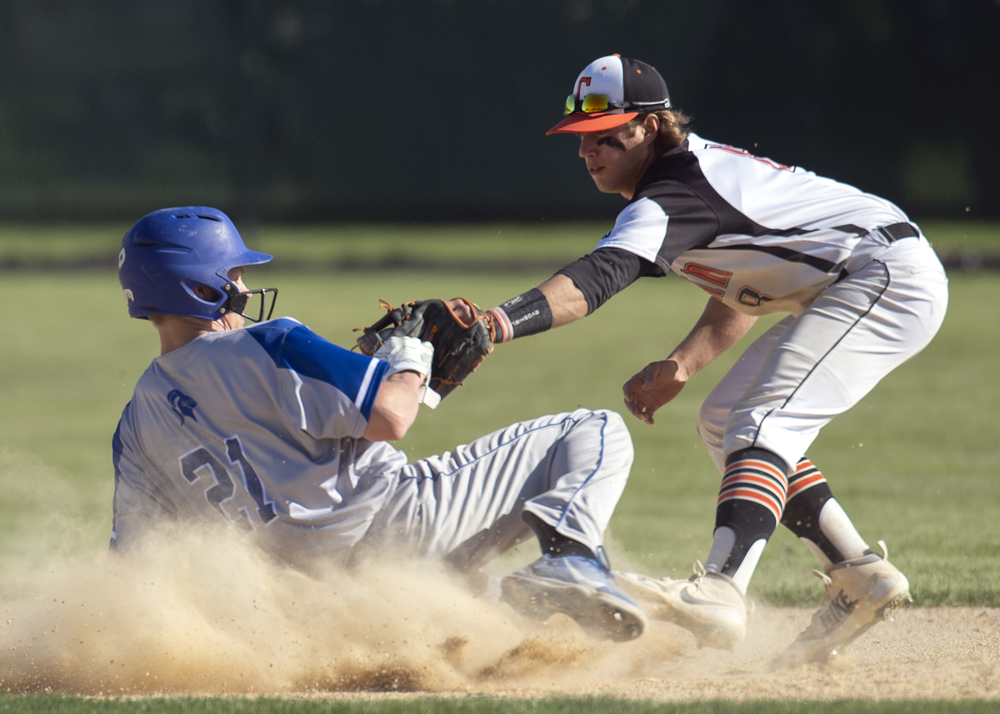 A winning streak of five games came to an end for the Clipper varsity nine on Tuesday when they fell at home 5-3 to Lake Crystal-Wellcome Memorial.

The Knights came into the game with a 2-9 record.

“We made a couple mental mistakes that cost us,” said head coach Mike Krenik, “and Lake Crystal played a good ball game. They fired strikes and executed. We left a lot of guys on base. We just didn’t come with our bats.”

The Clippers’ were poised for the win after Alex McCabe’s run in the bottom of the seventh pulled them within two. McCabe, who was 4-4 at the plate, led off with a single and moved around the base paths on a couple of infield errors.

The Clippers first run came in the bottom of the first when Elijah Sullivan singled, stole second and scored on an error.

But with three singles and a walk, the Knights scored three runs in the second for a lead they would never relinquish.

The Clippers added a run in the third. Meyer led off with a single. Timlin batted into a fielder’s choice, stole second, reached third on a passed ball and scored on a Tanyon Hoheisel single to pull the Clippers within a run, 3-2.

On single, a fielder’s choice, a triple and a passed ball, the Knights posted two more runs in the fifth to widen their lead, 5-2.

The Clippers totaled nine hits. Meyer and Hoheisel each were 2-2. Overall, they marooned 13 on base.

The Clippers return to action Saturday when they play in the Loyola Tournament starting at 11 am against St. James at Franklin-Rogers Park. 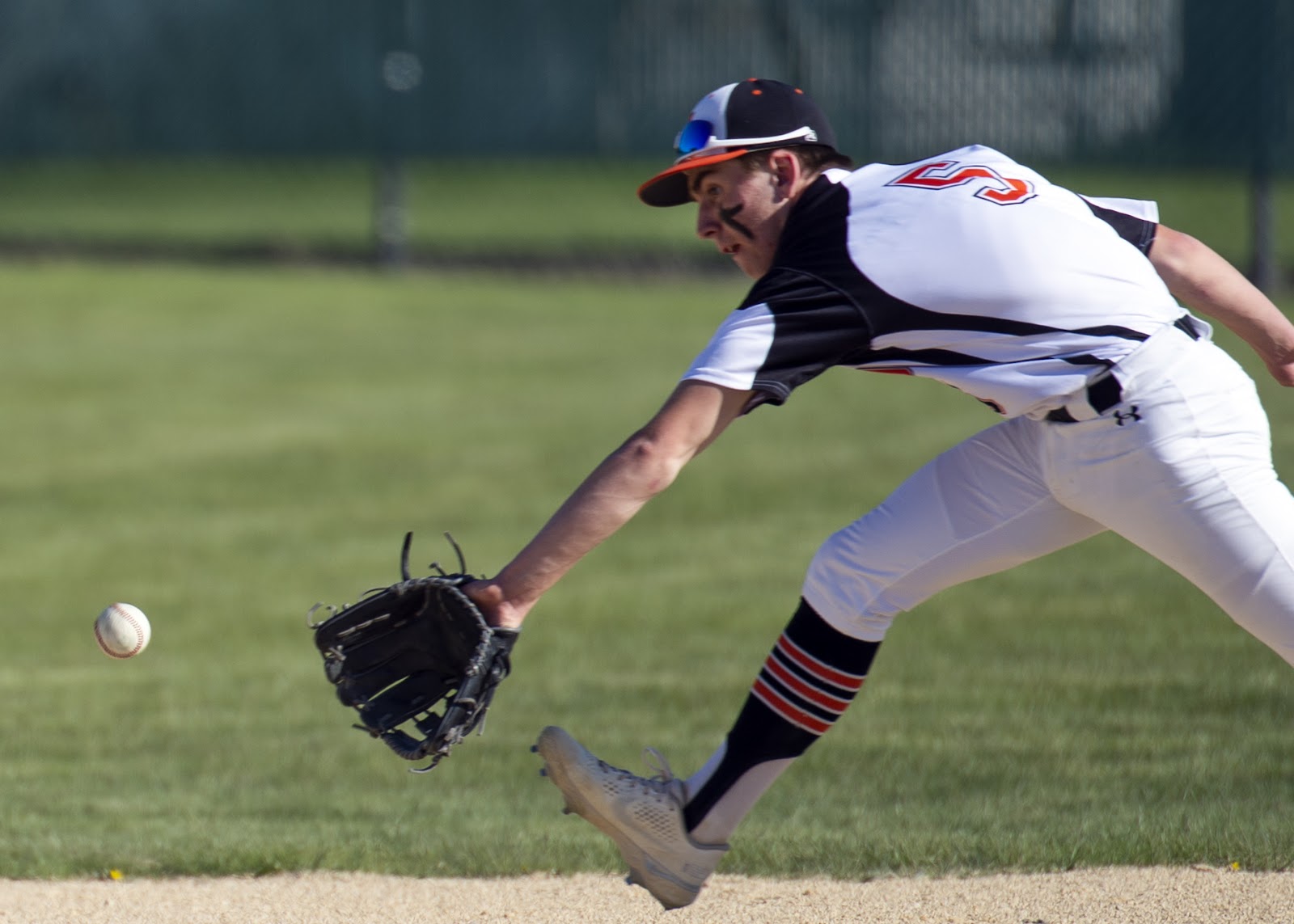 Shortstop Carter Dylla completed this play and twisted back to Alex McCabe waiting on second to nail the runner going back to the base (shown in the photo above).