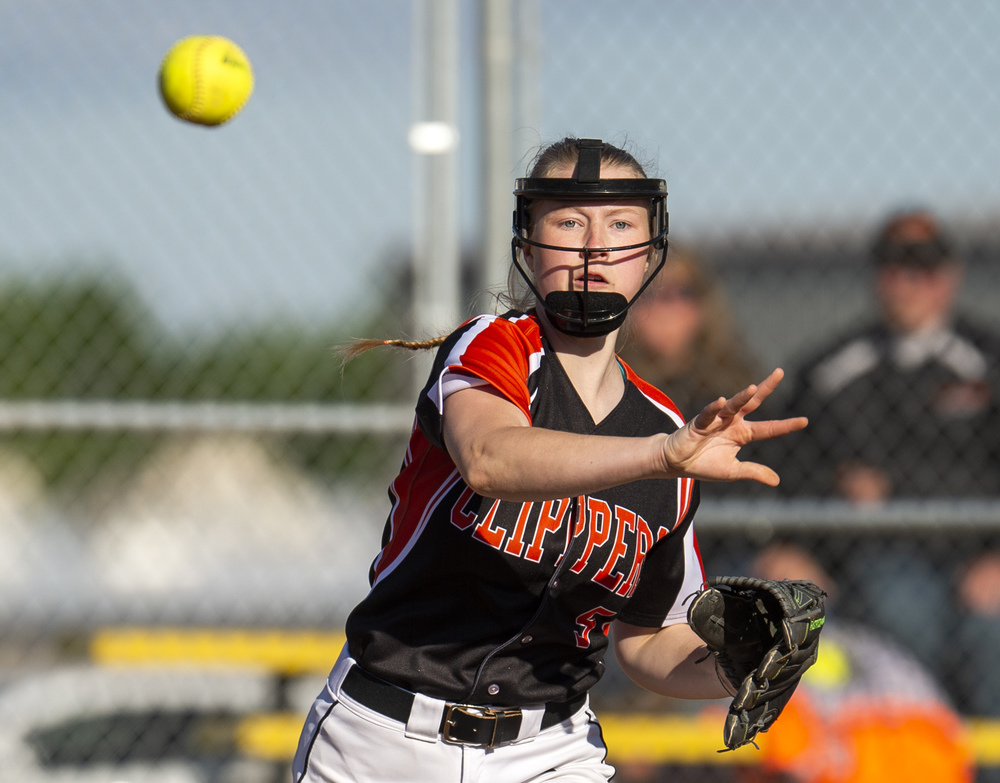 The bad news is the Clippers lost their final game of the season: at Sleepy Eye against Sleepy Eye St. Mary’s 8-5.

The good news is the game was postponed a day, so it didn’t affect section seeding. The sixth-seeded Clippers will host 11th ranked Mountain Lake Area in a 5 pm home game on Tuesday.

On four hits and five walks, SESM posted all eight of their runs in the second, seven of them came with two outs.

“You step back and look at this, and we played one bad inning,” said head coach Dan Fredrickson. “We did well. It was too many walks in that second inning, and that was the big difference for us.”

Moved to the top slot in the batting order, Brianna Connor led off the game with a home run.

The Clippers went up 3-0 in the top of the second. Harley Connor dropped a ball behind third base for a single. Following up, Cassandra Connor found a vacant plot of real estate in short right field. Ashley Connor got hit by a pitch to juice the bases.

Running for Harley Connor, Maddy Steen scored on a Macey Ziebarth line drive. With a Colie McCabe single, the Clippers were up 3-0, but the next two batters struck out, and they left the bases loaded.

The Clippers added a run in the fourth when Nicole McCabe singled and scored on an Emily Kern single.  Down 8-4, the Clippers rallied in the seventh but couldn’t erase the deficit.

Kern led off with a double. With two outs, Harley Connor doubled to for the RBI. Pinch hitter Steen beat out an infield single to put the tying run at the plate, but the Clippers went down swinging.

“We scratched out, got some runners on and gave ourselves a chance,” Fredrickson said. “We just didn’t punch it through the way that we needed to.”

The Clippers committed two errors. In two innings, Kern gave up five hits and five walks and struck out two. Sierra Davis (above) had the Knights either skying or beating the ball into the dirt. She allowed three hits and one walk in her four innings.

The Clippers beat MLA earlier in the season. The victor takes on the winner of third-seeded Nicollet vs 14th-ranked JWP at the high seed on Thursday. 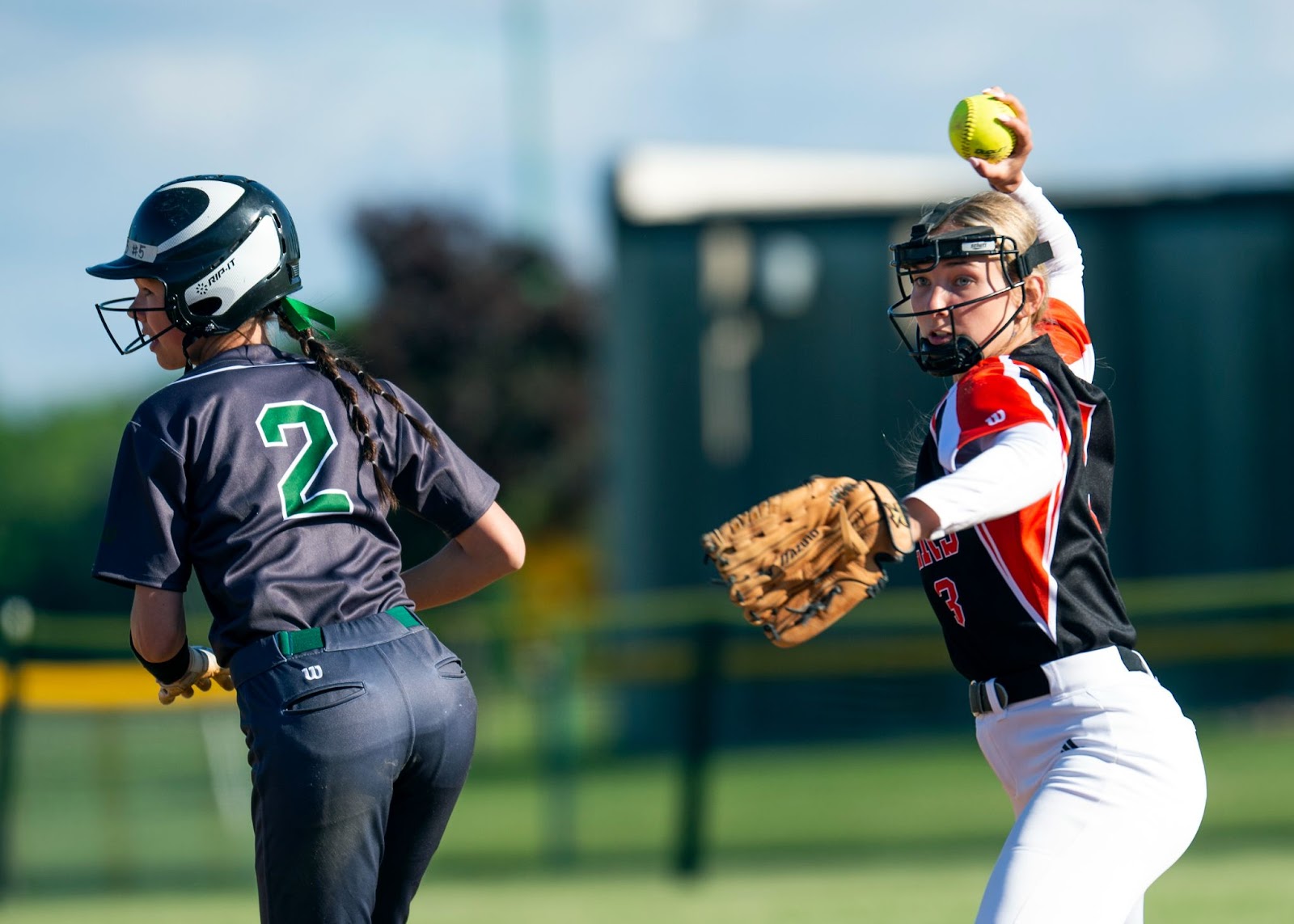 Taylin Gosh looks for another out after the force at second. 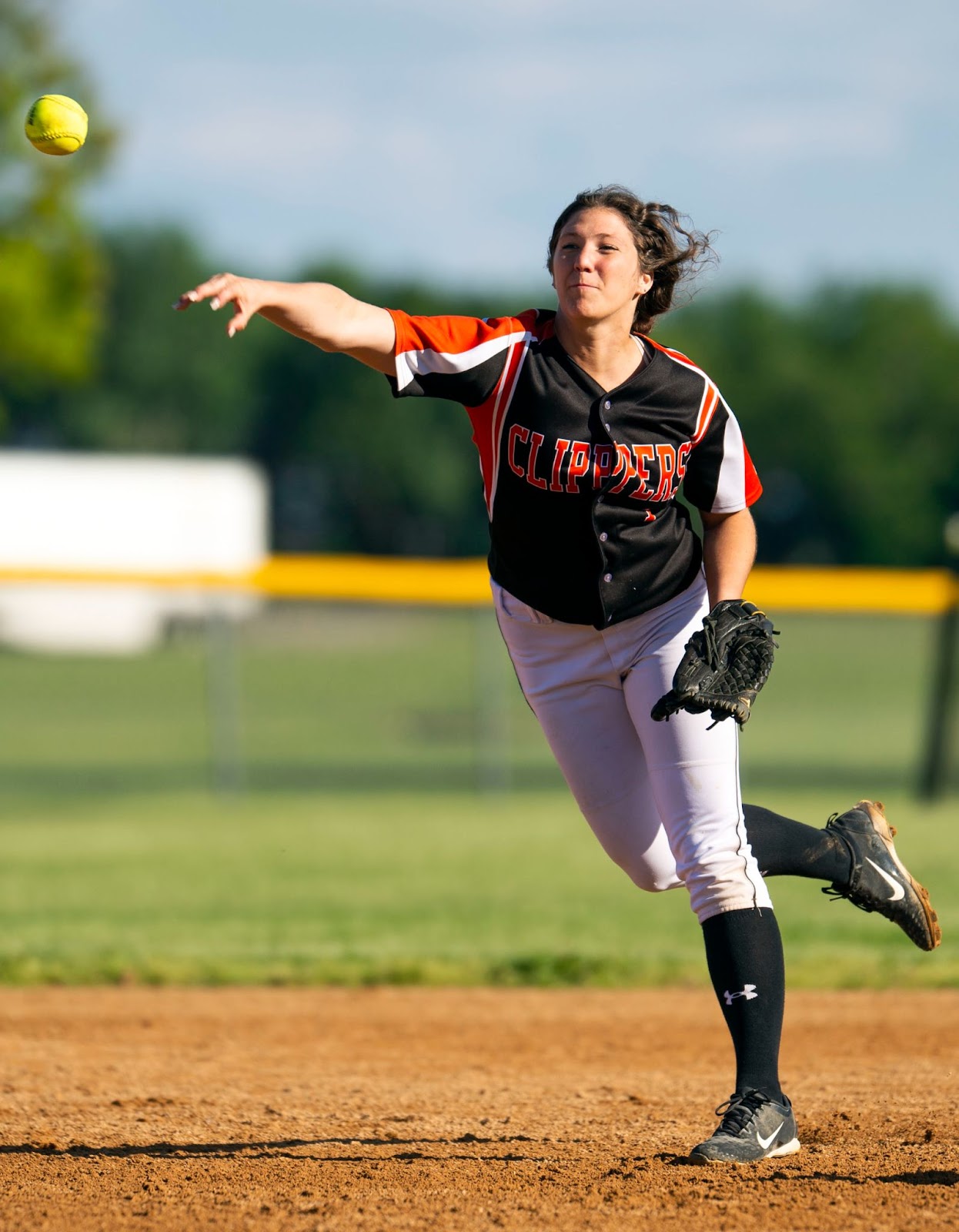