With the Clippers trailing 6-0 in the bottom of seventh against visiting Huron Lake-Okabena-Fulda on in the first round of the Section 2A playoffs on Saturday, Alex McCabe reached first after getting beaned by a pitch.

McCabe moved to third on a Lucas Walechka hit and crossed the plate (above) when Jackson Meyer sent a single into right field.

It wasn’t a bad way for one of the Clippers’ two seniors to finish his high school athletic career.

“He is an intuitive player who hustles all the time,” said coach Mike Krenik. “He has a calm demeanor too, which really helps the team. We will really miss him on offense and on defense next year.”

The next two batters whiffed, and the season abruptly ended for the eighth-seeded Clippers, who have typically gone on in the playoffs to play on the road and then come back for a game or two at Franklin Rogers.

The game was a pitchers’ duel for five innings. Walechka allowed four hits up to then but, with a steady defense to back him up, he kept the ninth-seeded Wildcats off the board.

The junior was a pitch away from two outs in the sixth when the second batter he faced beat out an infield hit. Walechka hit the second batter, and the third singled for an RBI. After a base hit and a two-RBI single, the Wildcats were in front 3-0.

With two outs, Carter Dylla took over on the mound, but the Clippers made an overthrow  on a putout throw to first, and two more runners scored before Dylla struck out the last batter to get the Clippers out of the inning.

The Wildcats added an insurance run in the seventh on a walk, a passed ball, a stolen base and a sacrifice fly.

“You have to tip your hats to the pitcher from Huron Lake,” Krenik said. “He comes from an athletic family. He was the best left hander they have faced and the second best pitcher they have seen all season. He pitched a heck of a game. He had a curve ball that was hard to pick up and kept us off balance for six innings.”

The Clippers managed five hits. Colin Krenik beat out an infield grounder for a single in the first. Kaleb Timlin bunted for a single in the sixth, and Elijah Sullivan, who also played his last game in a Clipper uniform, followed up in the same inning with a single.

“Elijah is also an intuitive player and very athletic too; he has good baseball instincts,” Krenik said. “He is a cheerleader on the team. If we have a bad inning, he is there to spearhead them to keep their heads up and keep playing. We will also really miss him next spring.”

In five and two-thirds innings, Walechka surrendered eight hits, walked one, beaned one and struck out six. In an inning and a third, Dylla walked two and struck out three.

The Clippers finish their season with a 9-8 record. With a 5-3 record, they were third in the Valley Conference. Loyola, 7-1 in the Valley, lost to 1-7 Nicollet while Martin County West, also 7-1, lost to Loyola 10-0. 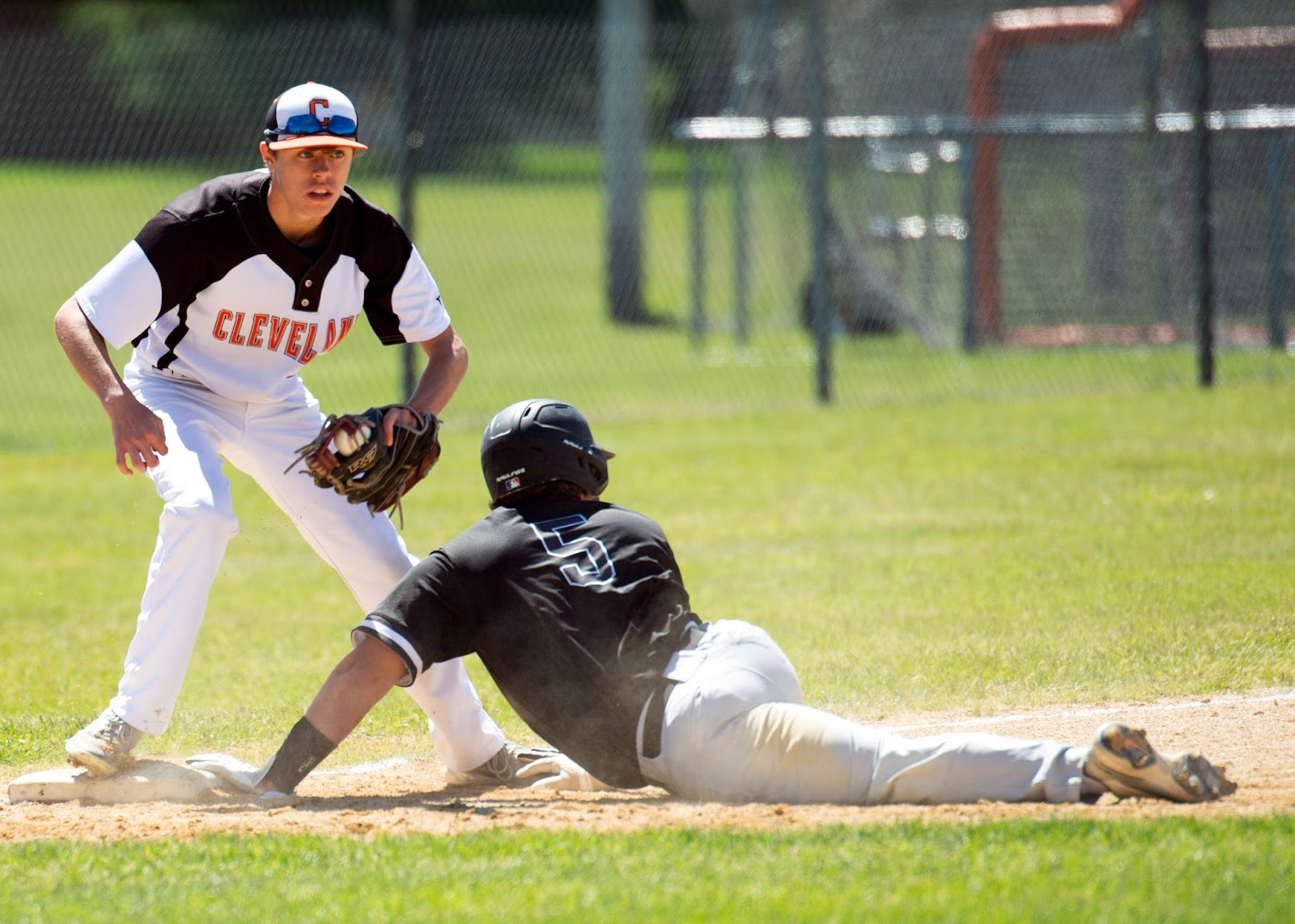 Elijah Sullivan looks for the call after tagging out a runner at third.