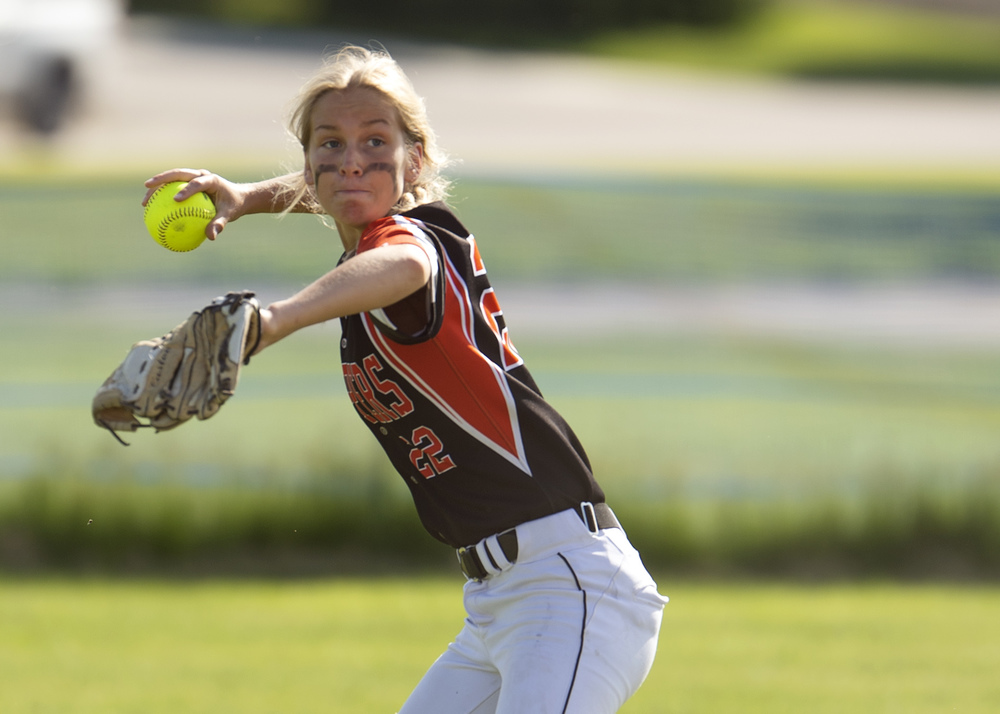 Above: Macey Ziebarth winds up from centerfield to hold a runner on base.

Posting eight hits against a pitcher who threw a no hitter against them earlier in the season, the Clipper offense improved against Nicollet in the second round of the sections on Thursday.

But defensively, their moving parts were an issue, and the Raiders went on to beat the Clippers for the third time this season, this time 12-2 in six innings.

The sixth-seeded Clippers, now in a must-win-to survive in the sections situation, will take on second-ranked Buffalo Lake-Hector Stewart at Caswell Park in North Mankato at 10:00 am on Saturday.

For a while it looked like the Clippers would get off to the good start that they needed. Brianna Connor led the game off with a walk. Nicole McCabe followed with an infield single. Emily Kern had a hard infield hit too to load the bases with no outs.

Halle McCabe dropped a blooper into short left field. With the runners stuck, Connor was forced out at home. The next two runners went down swinging, and the Nicollet defense left their field unscathed.

But the bottom of the first was a shift show with the Clippers not adapting out of their regular spots. The lead off walked, moved to second on a wild pitch and stole third when no one was there to cover and scored on a throwing error to first.

After a single with a fielder’s choice tacked on, the Raiders had two runners in scoring position. The next batter hit the ball down third baseline. The Clippers almost had the runner at third on the play, but everyone was safe to load the bases.

The Clippers spiraled downward from there. After a trio of singles, Nicollet was up 5-0. With two outs, Sierra Davis relieved Kern in the circle, but after a walk and two more hits, the Clippers were quickly trailing 8-0.

“It was one of those games where every time we shifted, they hit it where we’re not,” Fredrickson said, “and we had some miss plays. We had a couple of plays we needed to come up and cover and didn’t.”

The Raiders posted another run in the third. With two outs, two hit batters and a single loaded the bases. With another walk, the Clippers were behind 9 to zip.

“They’re such a confident hitting team, and they put the ball in play,” Fredrickson said.

With singles by Harley Connor and Cassandra Connor followed by a two-RBI single off the bat of Macey Ziebarth, the Clippers managed a couple of runs in the fifth.

“She (Nicollet junior pitcher Mara Hulke) gave up zero earned runs in the conference,” Fredrickson said. “but she gave up earned runs today. We hit the ball well.”

On a triple and two doubles and an error, the Raiders posted two more runs in the fifth to go up 11-2, but with the bases loaded, the Clippers got out of the inning to keep alive. The Raiders hit a pair of doubles in the next inning though to effect the 10-run rule.

The Clippers, who have been knocking the ball around well lately, had a respectable eight hits. Harley Connor hit a double and a single. Cassandra Connor had two singles. Nicole McCabe, Halle McCabe, Ziebarth and Kern each had a single.

In two thirds of an inning, Kern allowed four hits and one walk and struck out two. In five and a third inning, Davis surrendered 10 hits five walks and beaned two.

Madelia upset BLHS in a 1-0 win on Thursday. 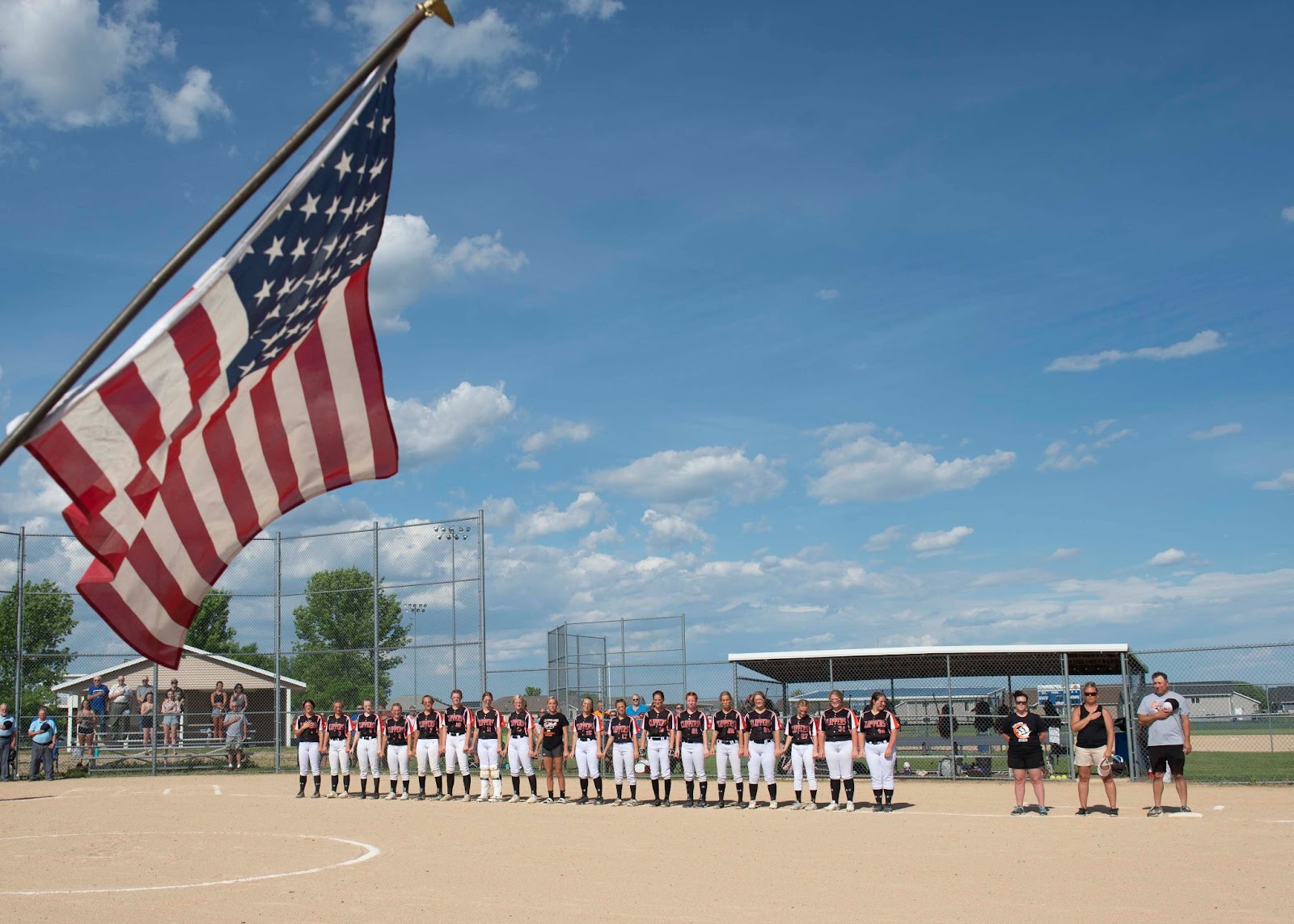 The Clipper girls stand for the National Anthem.