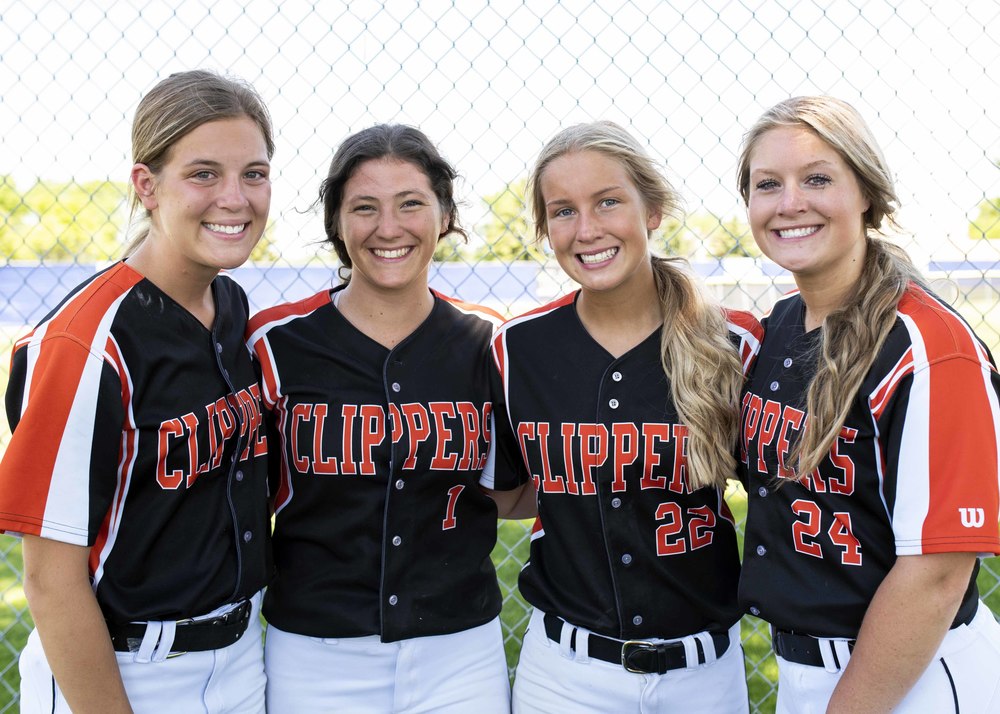 While they outhit Buffalo Lake-Hector-Stewart 4-1, the Clipper girls couldn’t get the clutch hits they needed until the final inning and fell to the second-seeded Mustangs 5-2 at Caswell Park in North Mankato on Saturday.

In the third round of the section tournament, It was the end of a career for infielders Brianna Connor (right) and Halle McCabe (second  from left) and outfielders Nicole McCabe (left) and Macey Ziebarth (second from right).

With one out in the seventh, Ziebarth got on first when its defender couldn’t get a handle on the putout throw. Connor’s hit caromed off the top of the right fielder’s glove for a double while Ziebarth stopped at third. Up next Nicole McCabe dropped a single into the outfield for the RBI.

BLHS’s left fielder couldn’t get an Emily Kern hit to stick in her glove, and another run scored on the play. With two outs, Grayce Kortuem walked and was the tying run at first, but the game ended on a pop fly to first.

“We just ran out of time,” said Fredrickson. “I felt like the girls competed today. There is no shame going home playing your tail off at Caswell, and  that is what this group did, so I am proud of them.”

While the Mustangs took advantage of walks and passed balls, the Clippers were all bases and no plate for the first six innings.

“They have an excellent team, and I wouldn’t take anything away from them. Their pitcher does an awesome job. But they got one hit today, one hit,” Fredrickson said. “I felt we put ourselves in that position, walking and stuff, and we’ve kind of done that with our pitchers the last three or four games.”

Connor took the game’s first pitch to deep right for a double and advanced to third on a Nicole McCabe ground out. But the next two batters were out too, and Connor was stranded.

Starting pitcher Sierra Davis walked the first batter and beaned the second. With a 3-0 count on the third batter, Kern took over, but that batter walked to load the bases.

The Mustang’s first run came in on a stray pitch. Kern struck out two batters, but another run scored also on a wild pitch. A third run scored on an infield error before Kern ended the inning with a strikeout.

The Mustangs added a run in the second after three walks and a passed ball. They went up 5-0 in the third after the lead off singled, stole second and third and scored on a passed ball.

Halle McCabe reached first on a fielder’s choice in the fourth and got to third on a botched pickoff attempt, but she was stranded too.

The Clippers loaded the bases in the fifth when Harley Connor led off with a walk, Kaylee Karels doubled, and, with one out, Ziebarth reached first on a third-strike passed ball. But after a strikeout and a ground out, all three were marooned.

Kern poked a single between short and third base to start the sixth. Kern was out on a fielder’s choice. With a Harley Connor walk, the Clippers had runners at first and second, but the inning ended on a pop up to the catcher.

The Clippers struck out nine times and had four hits. Brianna Connor had two doubles. Karels had a double. Nicole McCabe hit a single.

Davis walked two and beaned one. Kern struck out 10, walked five, hit one and gave up just one hit.

Fredrickson said that the seniors are a succession that has built the program over the years. 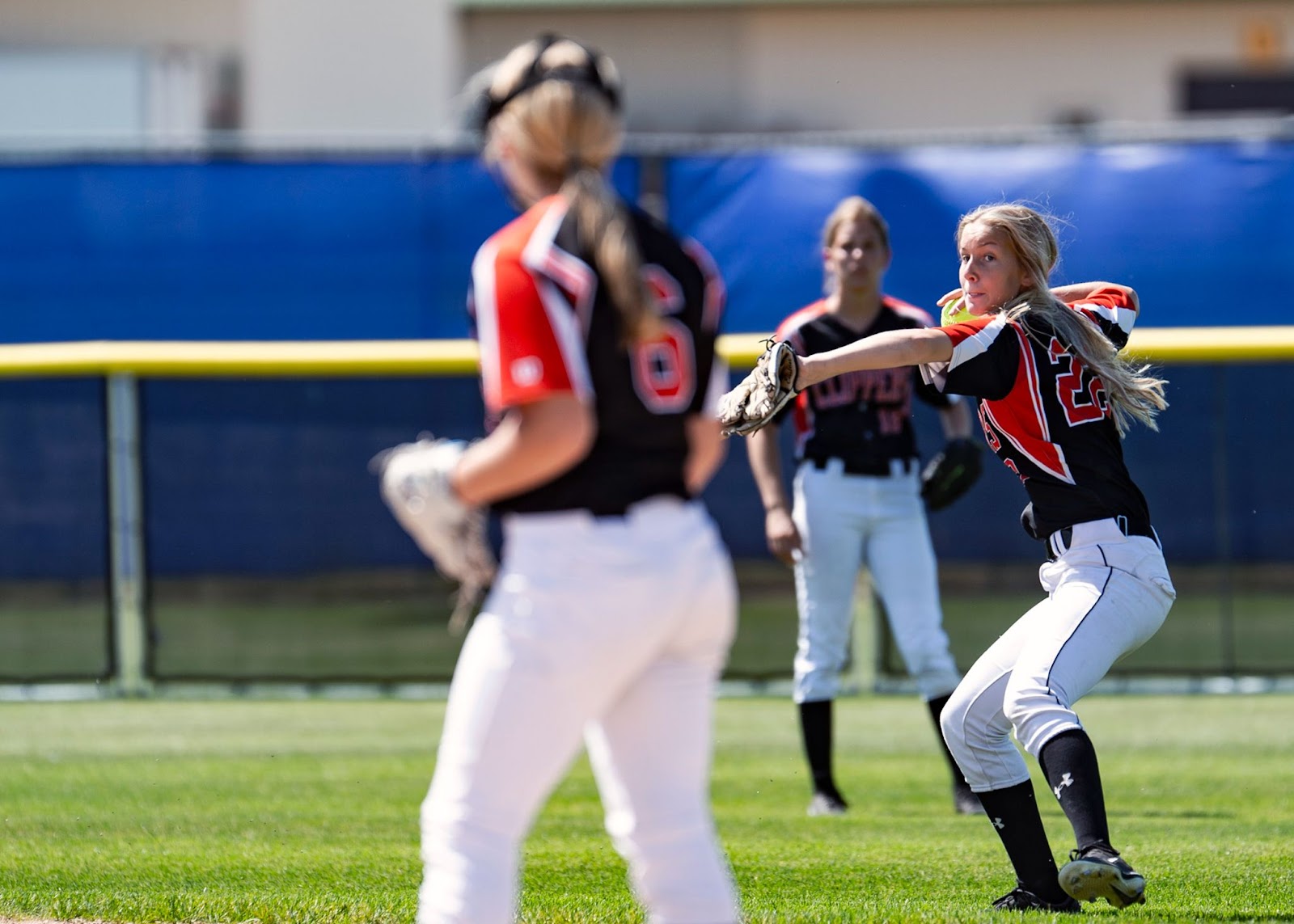 Center fielder Macey Ziebarth winds up to hold a runner on first after a single. 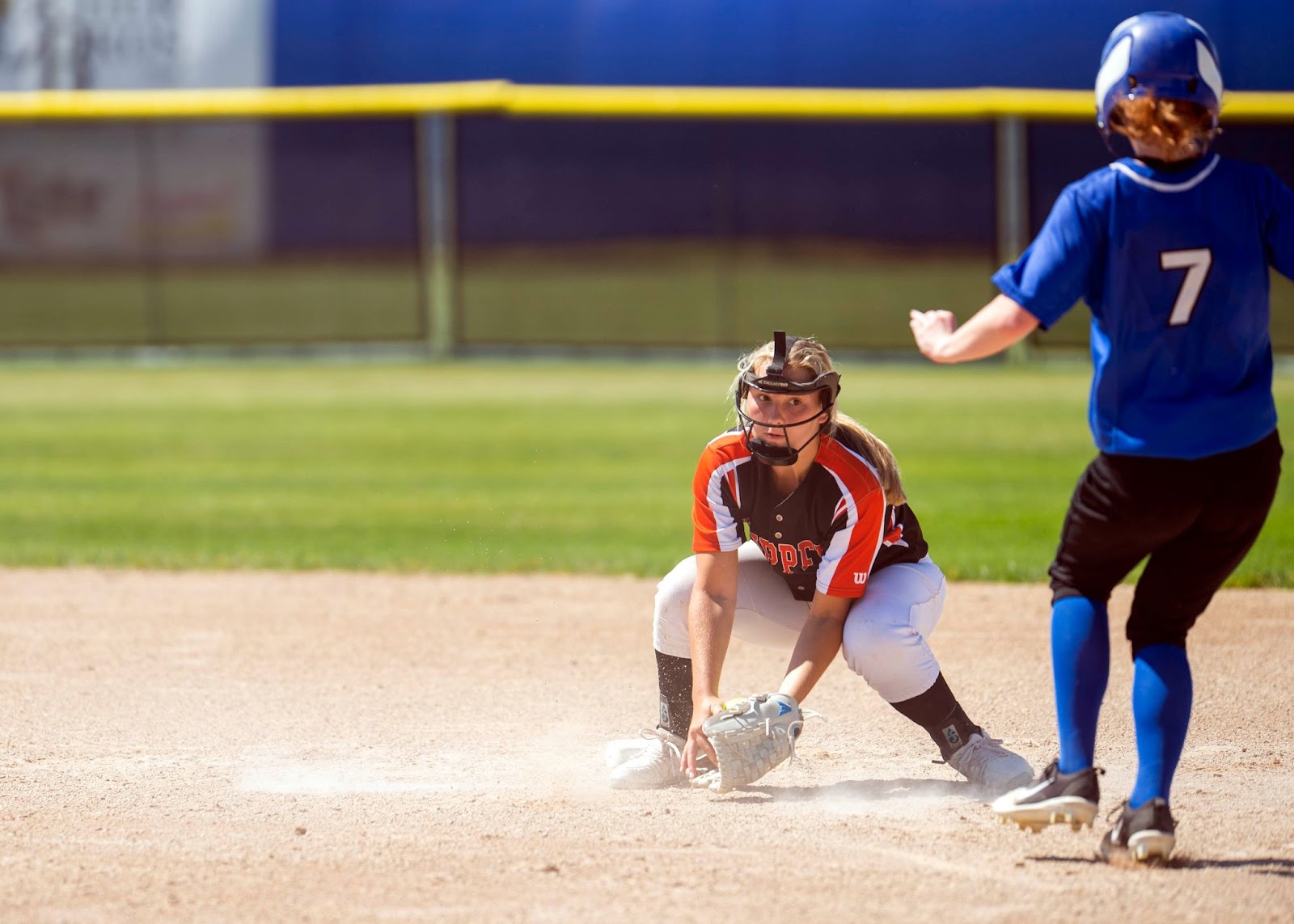 Kaylee Karels completed the tag after gloving a putout throw from catcher Harley Connor to catch a runner stealing. 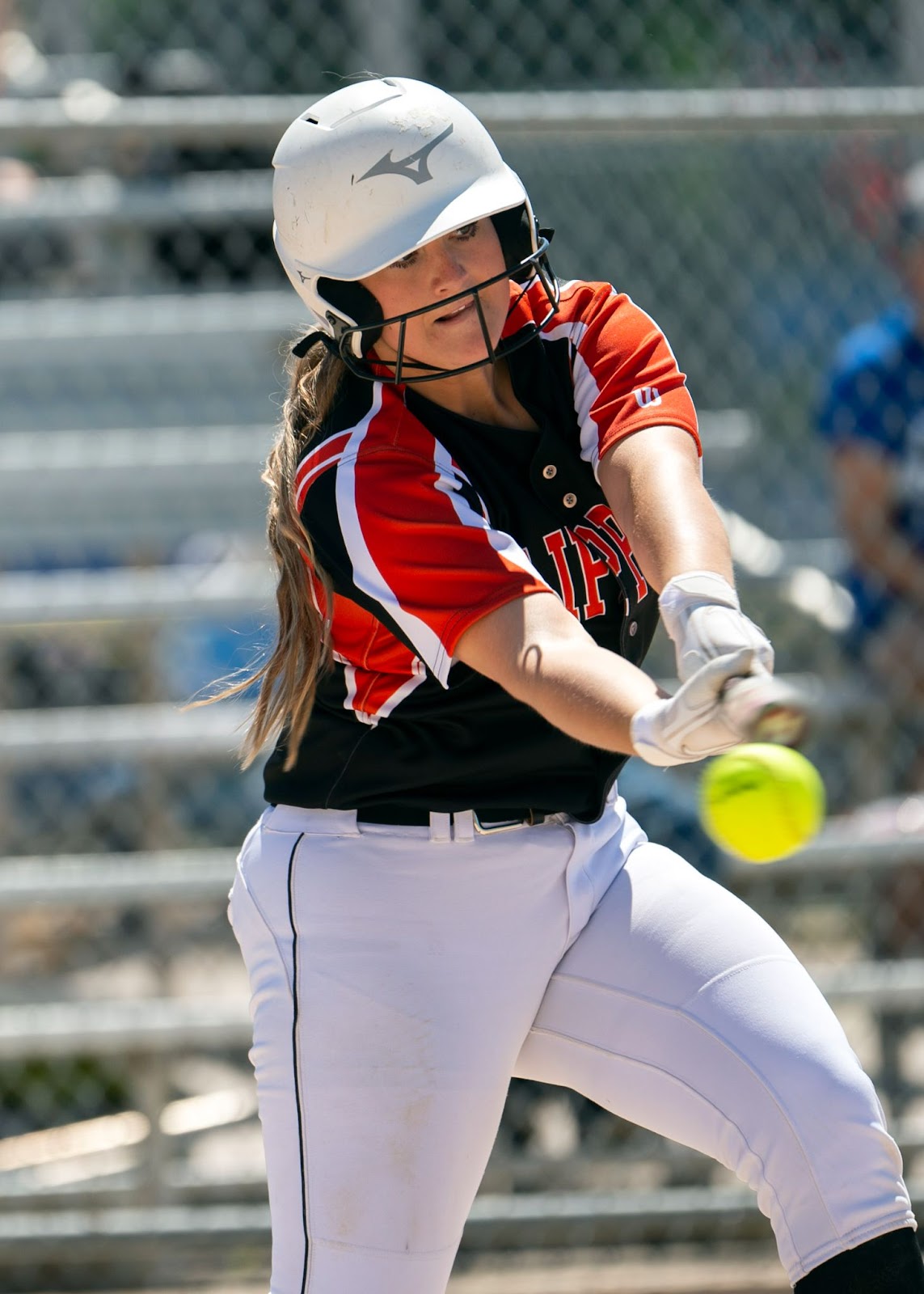 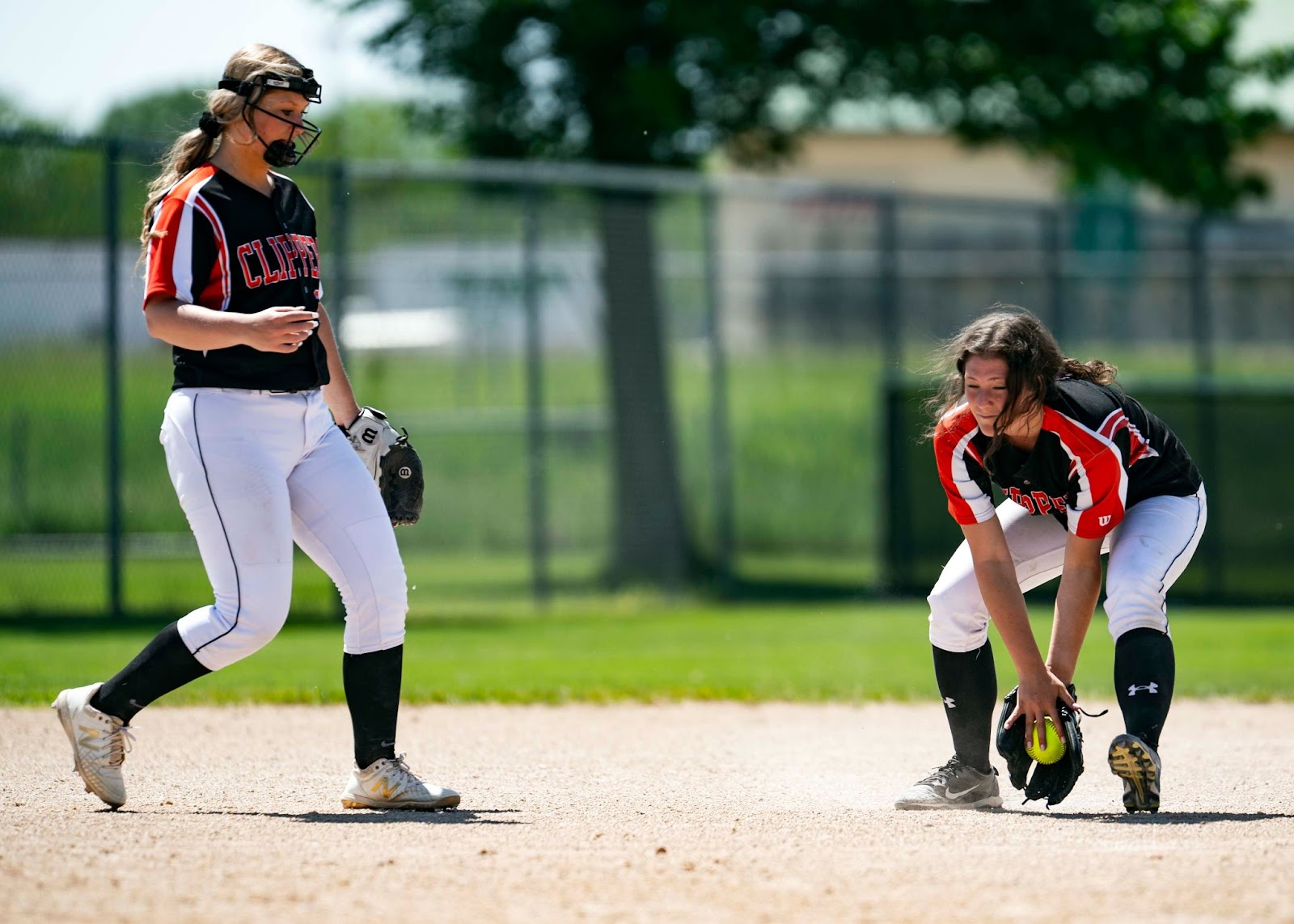 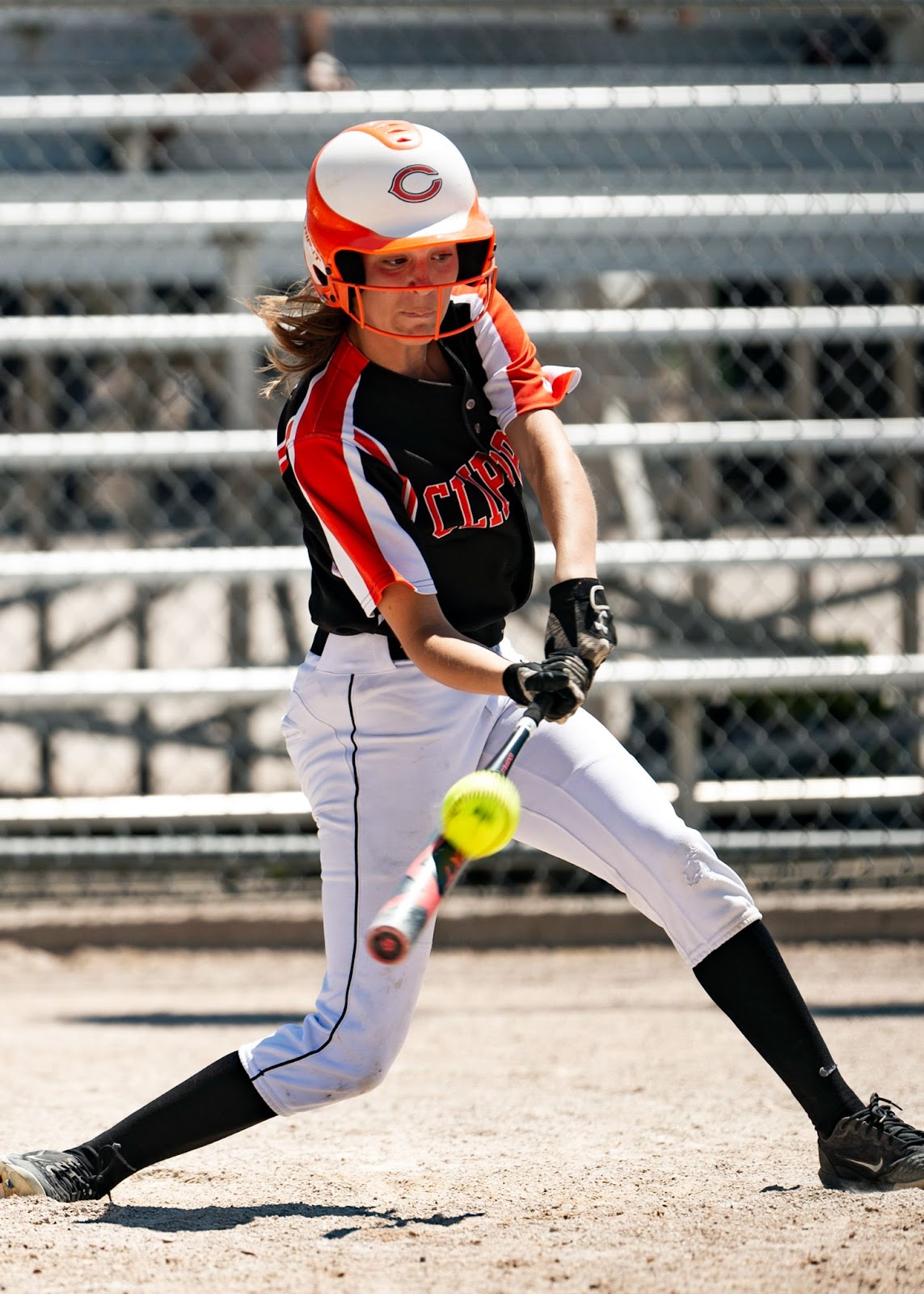 Nicole McCabe had one of the Clippers’ four hits.