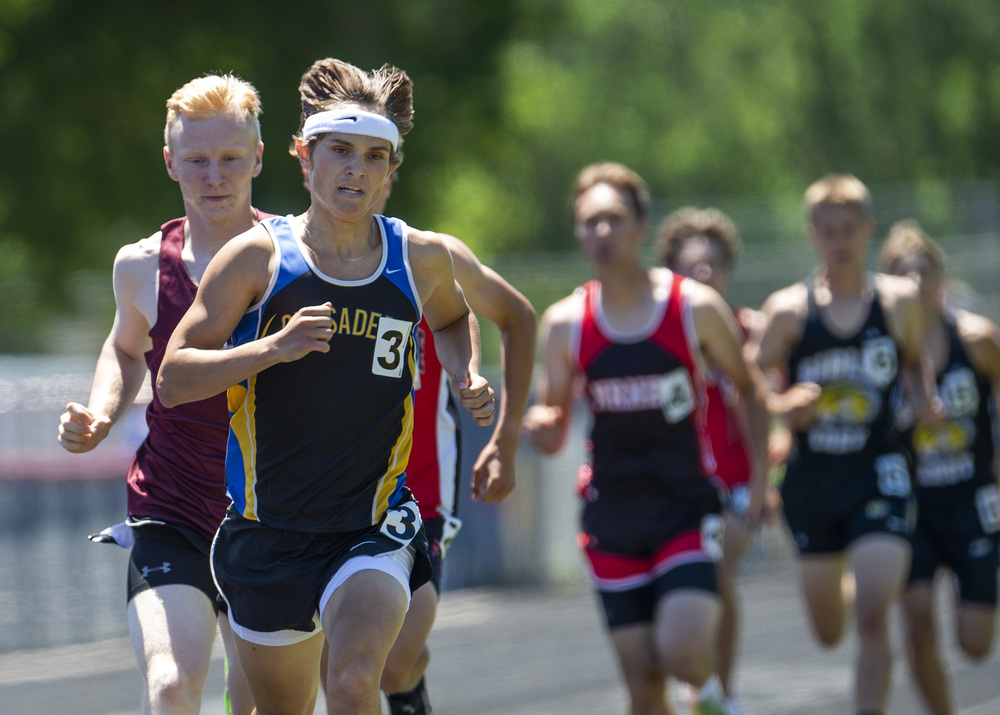 Seven from Loyola-Cleveland competed in the Section 2A meet at Mankato West on Saturday.

Eighth grader Maddie Huiras was 12th in the 300-m hurdles at the section meet with a 54.51 finish.

With a 4-6 leap at the section meet, sophomore Lauren Yenish was 14th in the high jump.

Senior Sam Orcutt had a rough day at the section meet as he DQ’d in the 110 hurdles and scratched out of the 300-M hurdles. 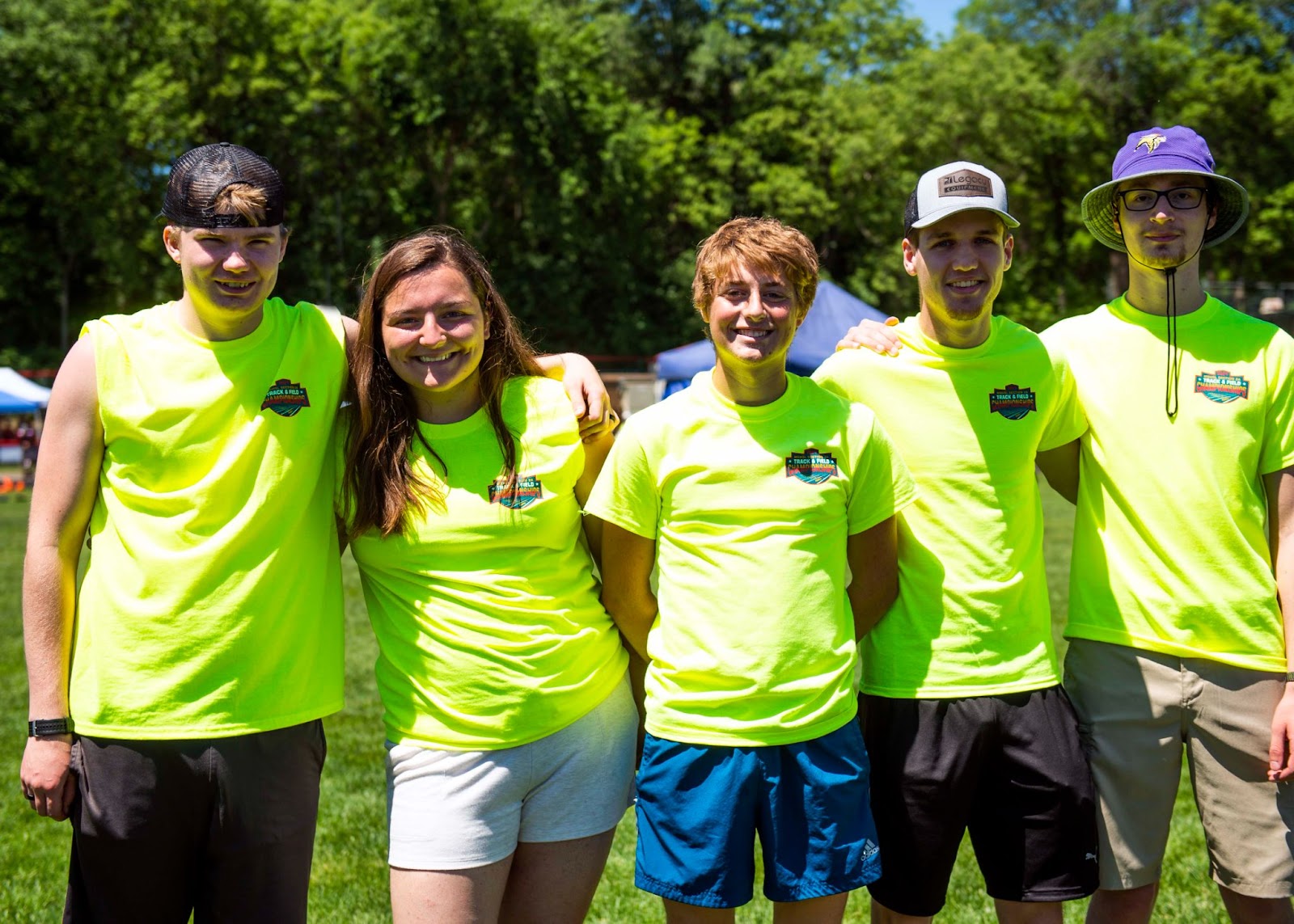 Helping manage the section track meet at Mankato West were former Crusaders from the CHS class of 2020. They are, from L-R, Brett Omtvedt, Sydnee Germsheid, Mitchell Johnstone, Jerrett Peterson and Cooper Thomez. 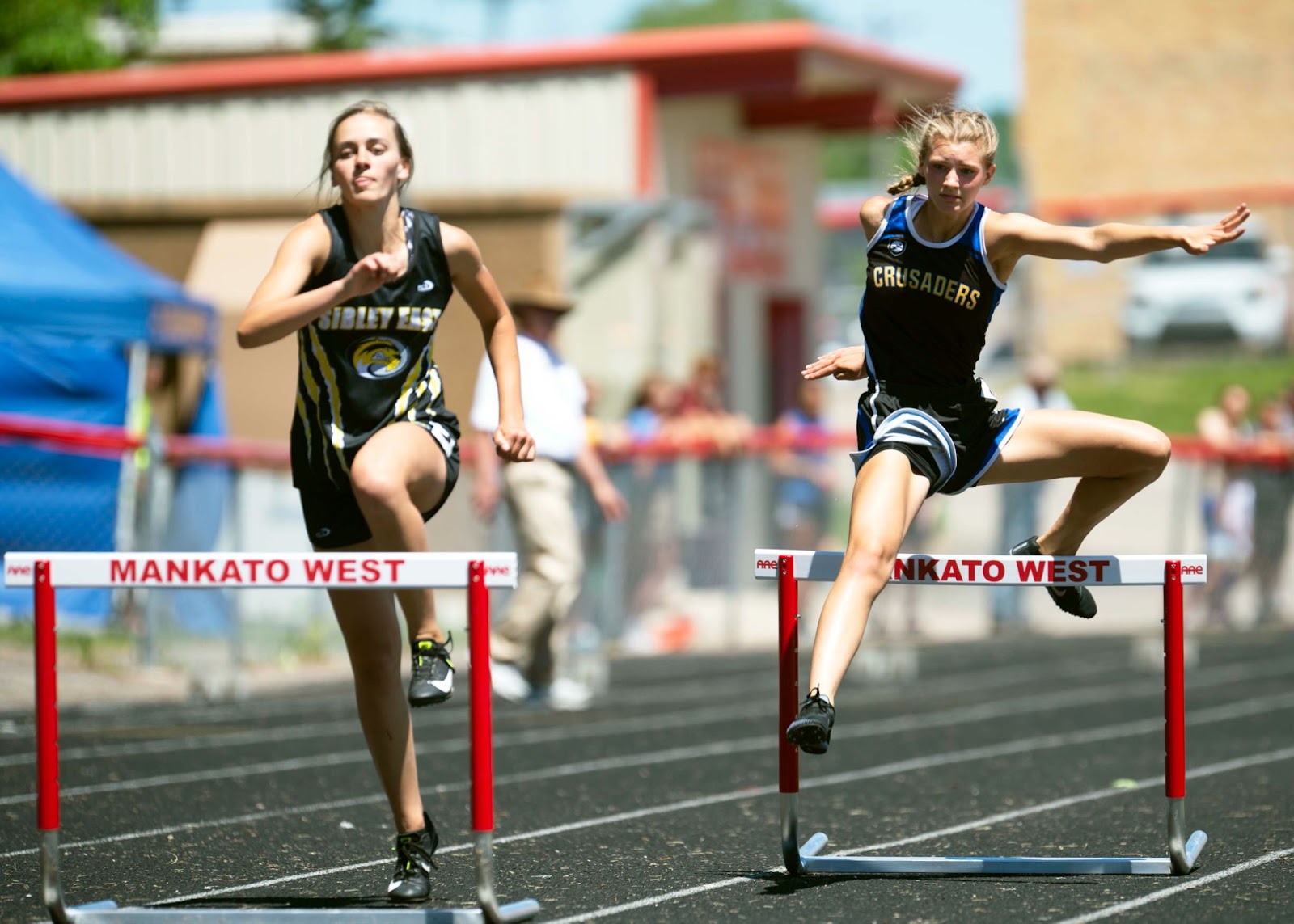 Eighth-grader Maddie Huiras was 12th in the 300-M hurdles.