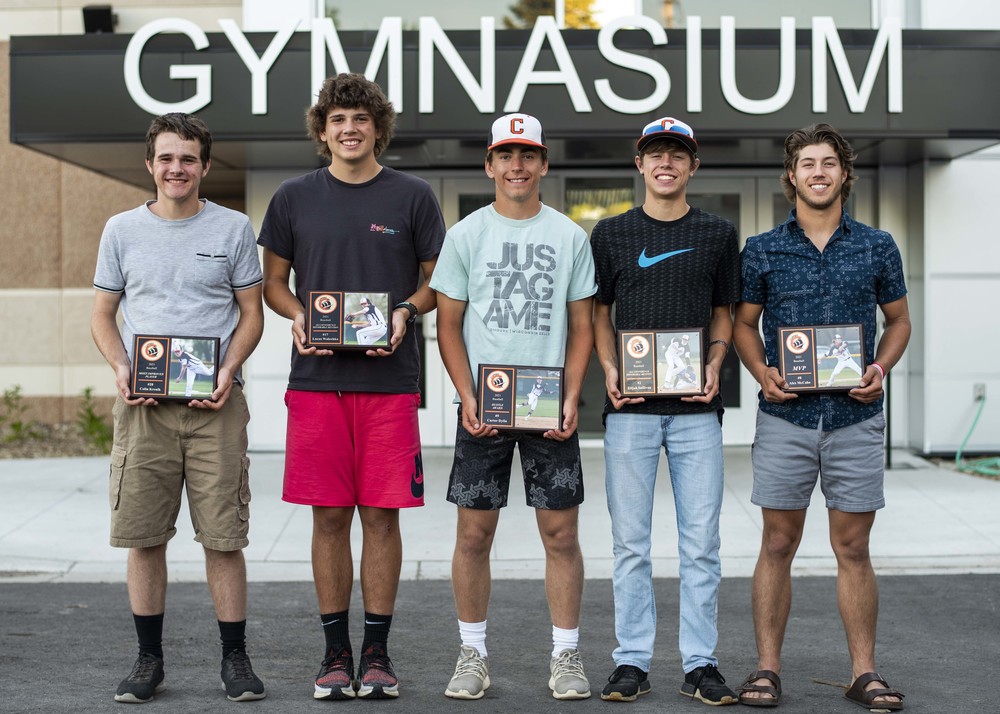 They and other members of the Clippers were honored at a banquet, held in the school commons on Tuesday evening.

McCabe, a senior who spent most of his time at third base but also pitched and played second base too as he worked through an injury, was also voted as the Offensive Player of the Year. The cleanup hitter, he led the team with a .458 batting average, a .553 on-base percentage and a .646 slugging percentage (total bases from hits per at bat).

In the third game of the season, at home against Martin County West, McCabe hit the team’s only home run. Head coach Mike Krenik said that since the Cleveland field was designed for more lively aluminum bats, which are now longer allowed, a homer there doesn’t come easily.

“That was a heck of a belt. When you’ve hit a home run at Cleveland, you’ve earned it.”

Cleanly fielding 95.2 percent of balls that were hit his way, McCabe was also picked as the Defensive Player of the Year and was named as the Clippers’ Most Valuable Player.

“We had several good defensive players,” Krenik said, “but if we look at the toughness and the whole season and the great plays he made even while hurt, that’s Alex McCabe.”

“He did everything we asked and was a good leader for us,” Krenik said. “He’s motivated. He’s doing the right things at the right time. He’s backing up plays. He has very good baseball sense.”

The Clipper Award went to Sullivan, a senior who was typically at second base.

“This award exemplifies school spirit,” Krenik said. “I want them to communicate and be up and having fun, and this guy was leading the team in doing that. Another thing I want to say about Elijah is that he has very good baseball instincts. Kudos to his dad.”

Walechka, a junior, pitched and played first and sometimes third.

“One thing about Lucas is that he is consistent on the mound,” Krenik said. “He has good mechanics. He shoots the knees. You’ve seen him pitch in some critical games, and he got stronger as the game went on.”

Junior Colin Krenik (left) was the most improved player. On the mound, he earned a couple of wins for the Clippers. He also played in the outfield and at first base and worked his way up the batting order.

“One of the toughest things is going from infield to outfield,” Krenik said. “Colin also improved a lot with his hitting. He moved to the upper part of the lineup and was a good contact hitter and started to learn the game a lot more. All of a sudden, this guy was doing a lot of great things in a short amount of time. You always like to see left handed throwers, but he’s not just a thrower, he’s a pitcher. If he puts his mind to it, he’s going to be a very good pitcher with very good movement and very good command.”

Besides the award winners, junior catcher Jackson Meyer was one of several to earn a letter.

“Jackson is a very good catcher. He has had to catch most everything. I think he has learned a lot with Greg (assistant coach Greg Berry) calling defenses and calling pitches.”

“The big lefty,” Krenik said. “He’s got a heck of a swing. He has got some strength to move that ball into right field. He has gotten doing a lot better in the outfield and even with his pitching form.”

“Gabriel was thrust into action and went off with his bat right away,” Krenik said. “He’s been asked to do a lot of things that he’s not used to. When you play infield and have been catching all your life and get thrown into the outfield, it’s a whole other world, but he has taken the challenge.”

Infielder/outfielder Caleb Timlin was also a letter winner but was not present at the banquet.

“These guys brought a great experience to the dugout,” Krenik said. “They took being a bench player to heart. They were always focused on the ball game.”

As seniors with a 3.5 GPA or higher during the season, McCabe and Elijah Sullivan earned All-Conference Academic awards.

Behind Mankato Loyola and Martin County West, who were both 7-1 the Clippers finished third in the Valley with a 5-3 record. They were 9-8 overall.

“Baseball (and softball) has been the only season this last year that has been a full season,” Krenik said, “so we’re very lucky in that.”

But like many teams, Krenik said the Clippers had to work extra hard this spring with long practices and Saturday practices in order to make up for the lost 2020 season.

“We’ve had to combine two years of teaching into one. You guys made very big sacrifice with your time and effort.”

Krenik acknowledged assistant coaches Berry and Alec Rogers as well as junior high coaches Dave Cink and Jeff Skinner. He thanked athletic director Rich Kern and Principal Scott Lusk for their support throughout the season. He thanked parents Nick Dylla, Larry Walechka and Jon Sullivan for helping maintain the field, parent Patty Sullivan for organizing the banquet, friend Nadine Holland for announcing games and providing between-inning music, and this author for contributing media about the team. 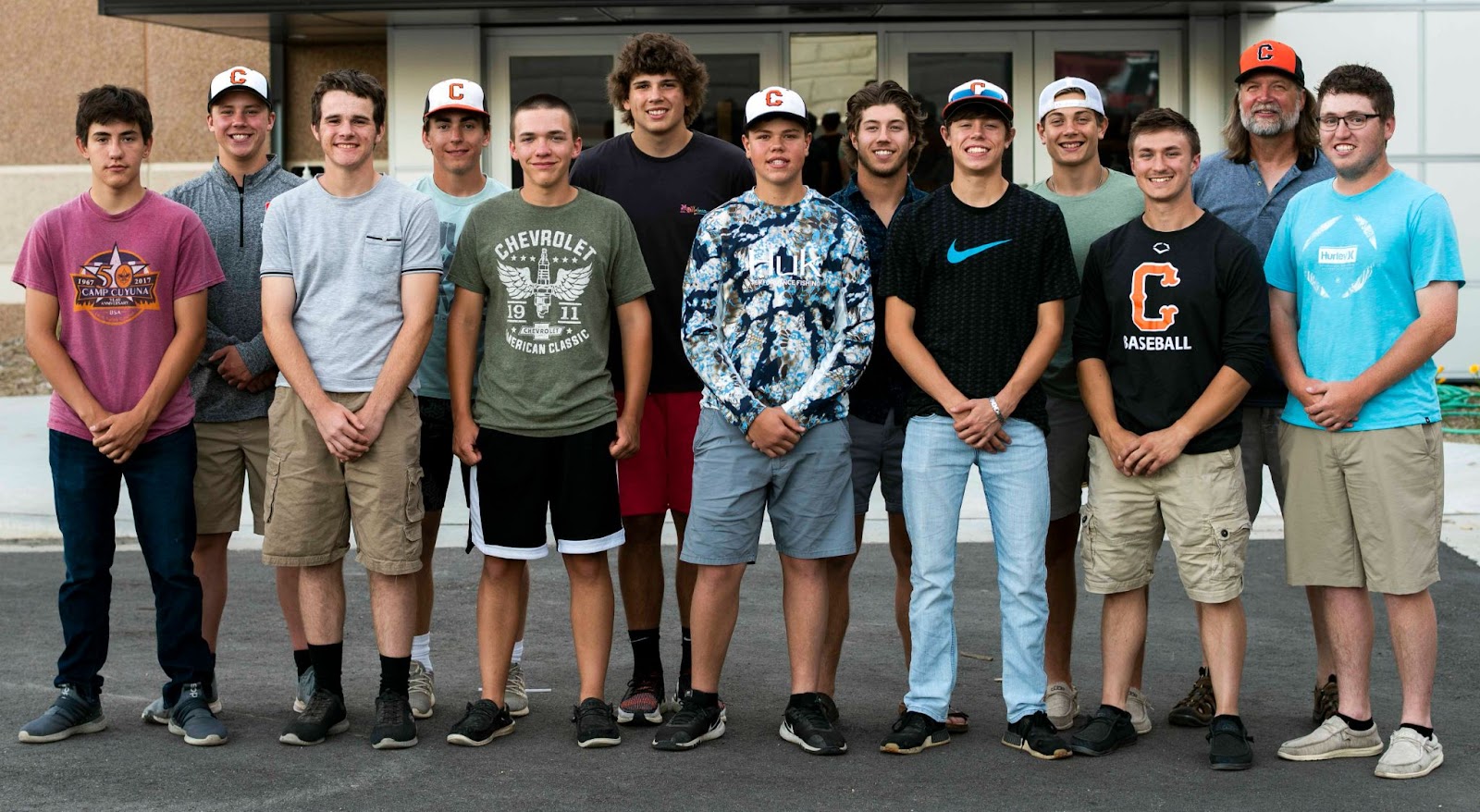 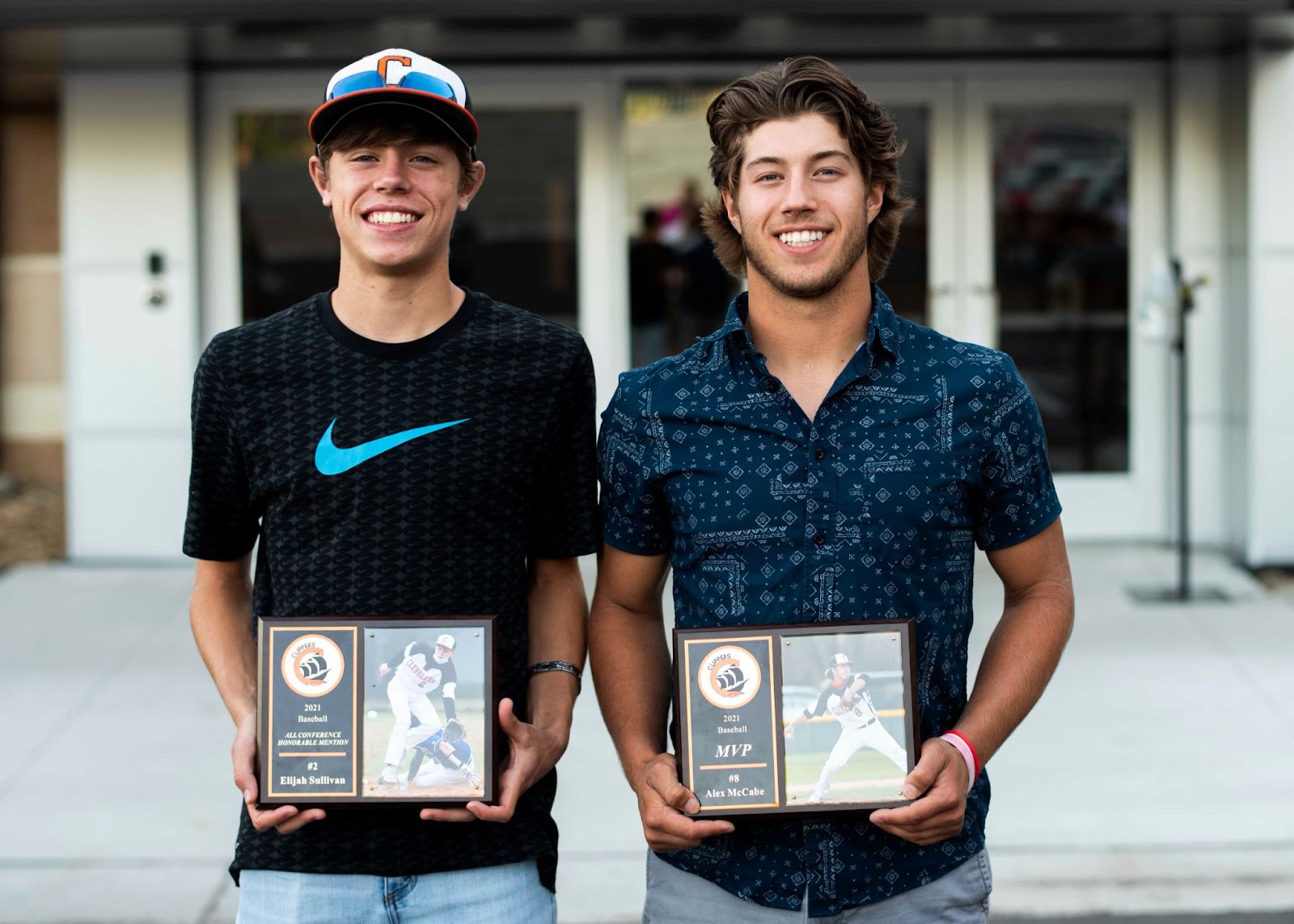