Above: Second baseman Adam Seeman stretches for a putout catch. Backing up the play is Hunter Plafcan.

After spotting 10 runs early, the U15 baseball team never recovered and fell to visiting Mankato Wow Zone 16-9 on Thursday.

On an error and hits by Caleb Possin and Carter Barto, the Clippers scored three runs in the first to pull within one, 4-3.

But the Wows replied with three base hits and took advantage of a couple of Clipper miscues, a walk and a hit batter to score six runs in the second.

“We have to start making plays: easy fly balls and easy grounders,” Sullivan said, “plays that we should make and need to make.”

After the Clippers struck out one-two-three in the second, The Wows took advantage of walks and errant pitches for two runs in the third and one run in the fourth.

In the Clippers’ side of the fourth, Bode Bartell made it all the way to third after a third-strike passed ball. With two outs, Possin hit a ball sharply to third for the RBI. Barto scored Possin and traveled to third after his pop fly caromed off the center fielder’s glove.

In the fourth, Gabriel Sullivan’s hit toward the shortstop scored Barto. Sullivan swiped second and crossed the plate on a Derek Miller single. With the four runs, the Clippers still trailed 13-7.

“In the past, we were looking a lot and striking out a lot,” Sullivan said. “Today we did a much better job putting the ball in  play.”

On an error, a walk and two singles in the fifth, the Wows padded their lead with three runs, but that would be the last of their scoring.

After Alexander Johnson’s infield hit to start out the bottom of the fifth, Hunter Plafcan reached first on a fielder’s choice, moved to third on an overthrow after an Adam Seeman hit and scored on a Dylan Zimmerman single.

The Clippers managed two more runs in the seventh. With one out, Possin hit a hard shot to the shortstop, stole second and scored when the shortstop overthrew first after a Barto grounder. Barto came home on a Sullivan ground out.

The Clippers batted 14. Possin, Sullivan and Zimmerman each had two singles. Barto, Miller, Johnson, Brady Bostic and Nathan Brink each had a a single.

Alex Block started out on the hill and struck out three. Sullivan took over to start the third and struck out two. Possin relieved Sullivan with one out in the fourth and fanned the next two batters. He totaled five strikeouts.

The Clipper minors host Waterville-Elysian-Morristown on Monday and travel to Lake Crystal on Wednesday. 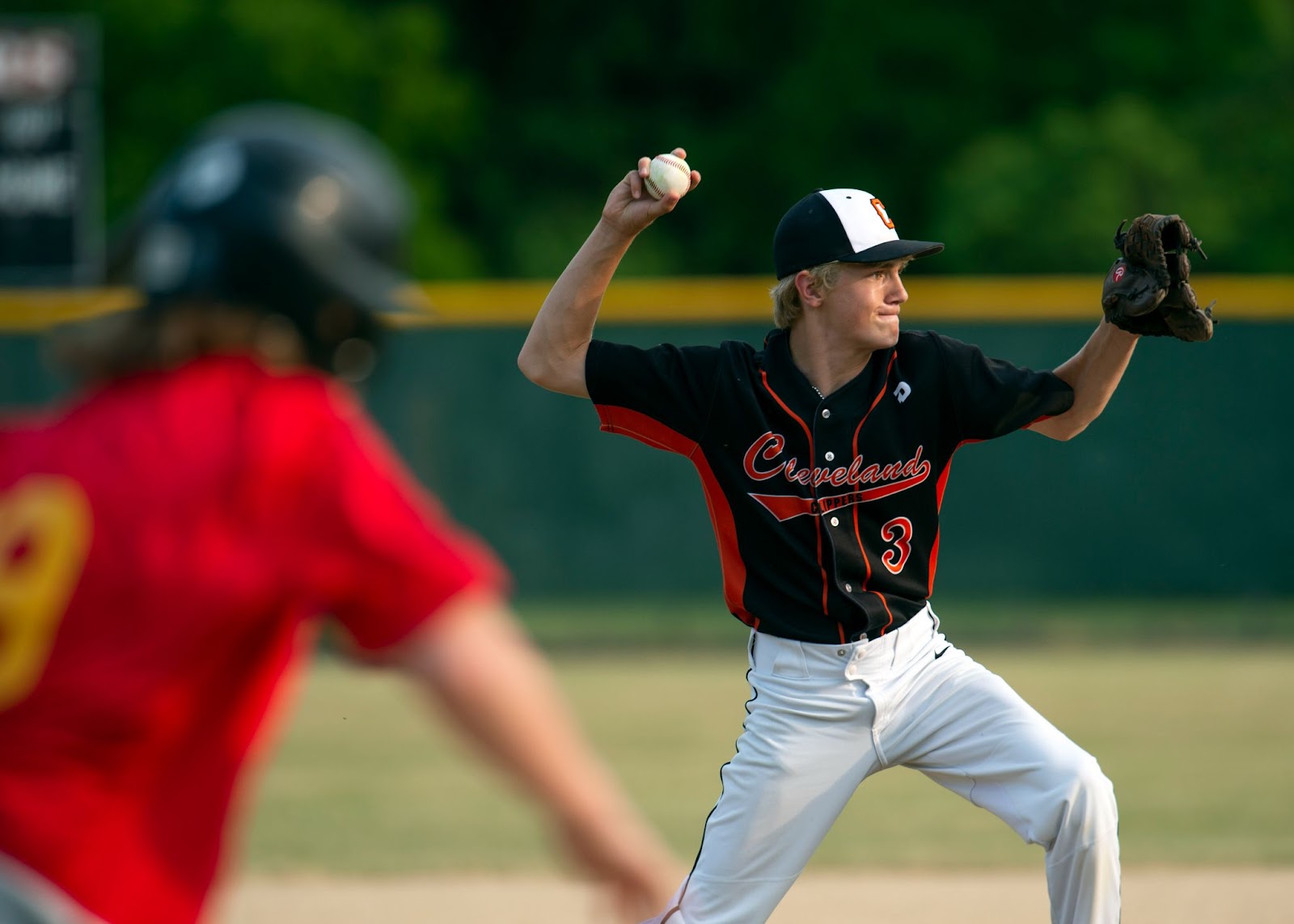 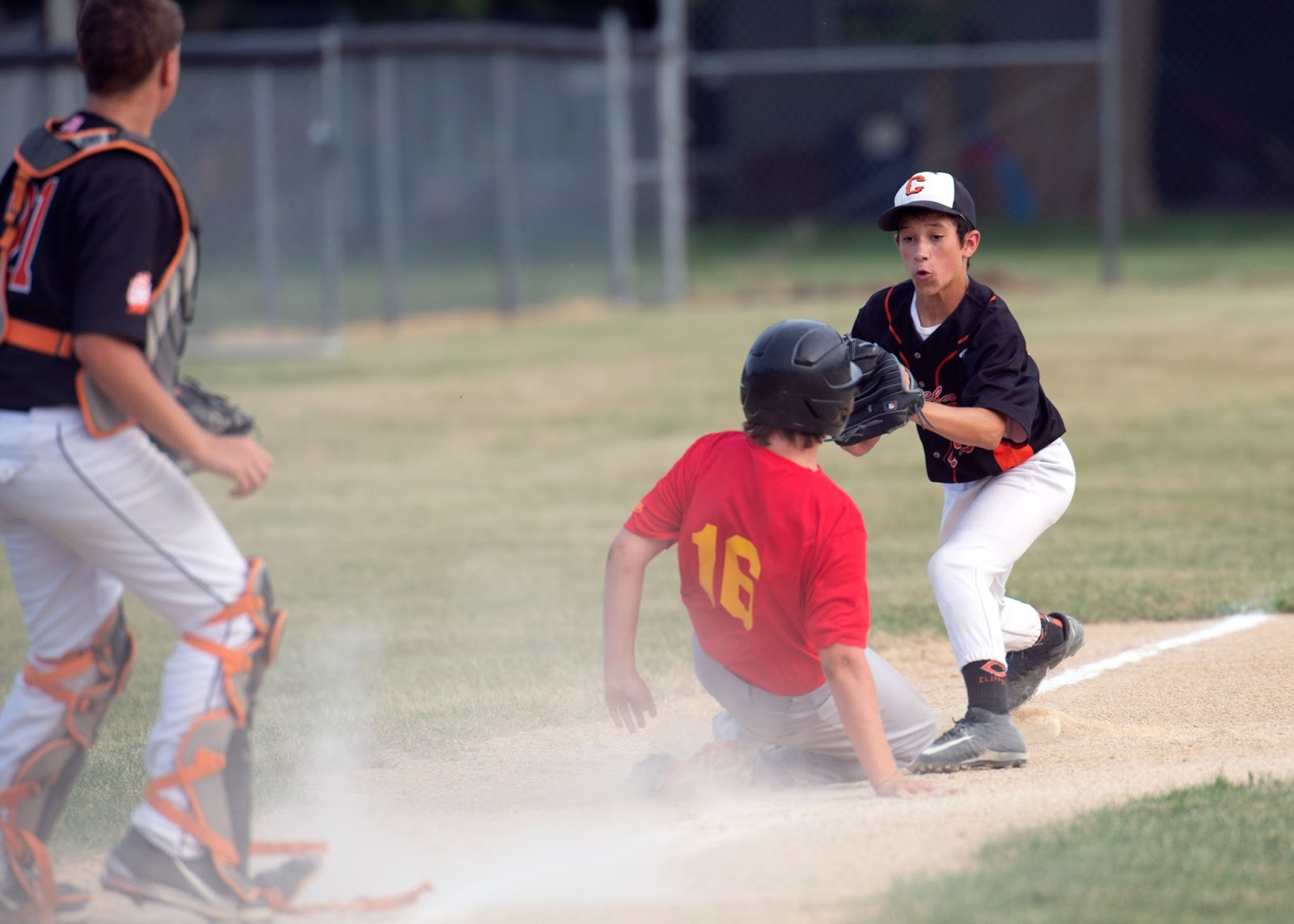 Catcher Gabriel Sullivan hooks up with Nathan Brink at third to win a run down. 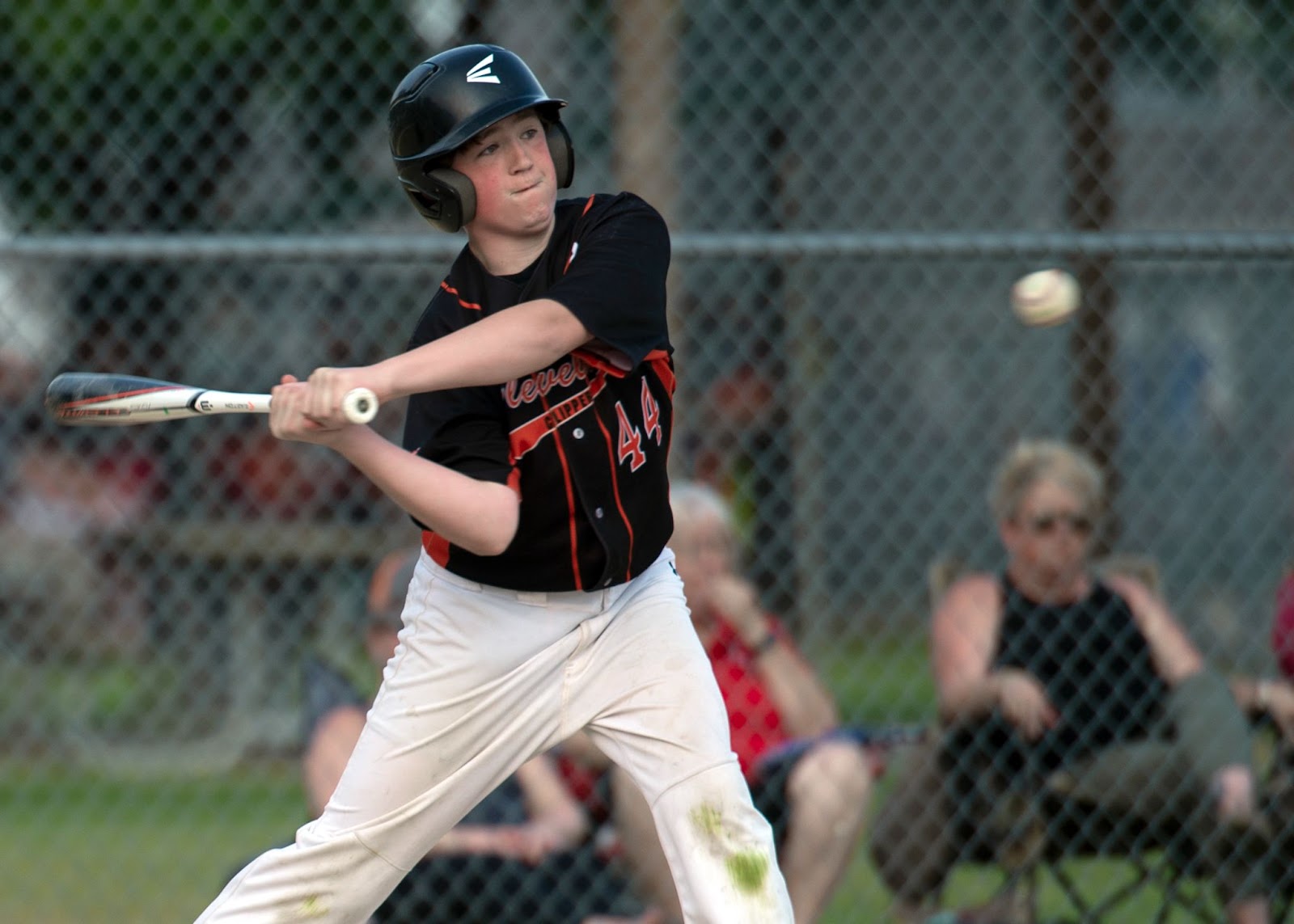 David Draheim looks to put the ball in play. 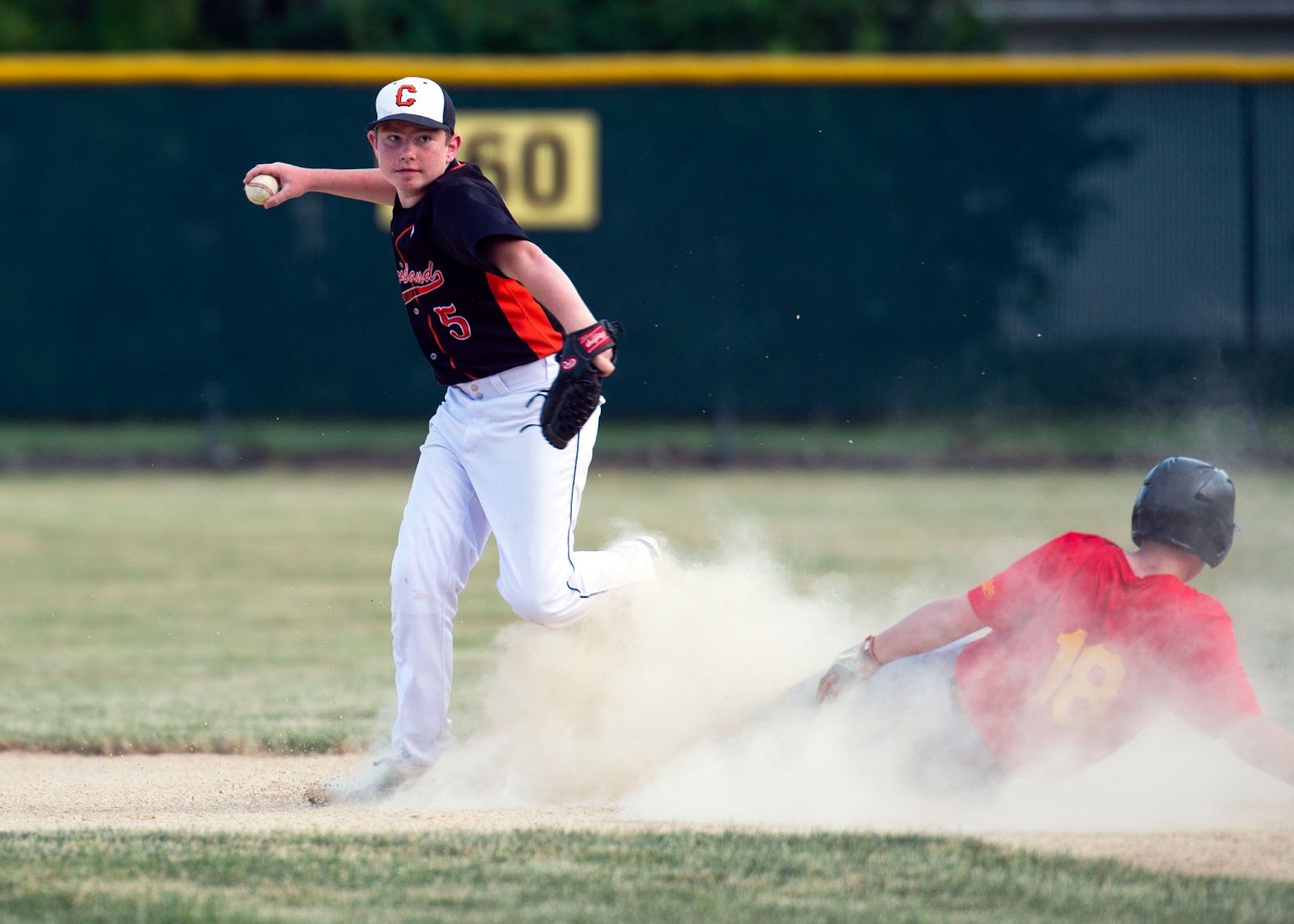 Shortstop Hunter Plafcan winds up for a double play attempt. 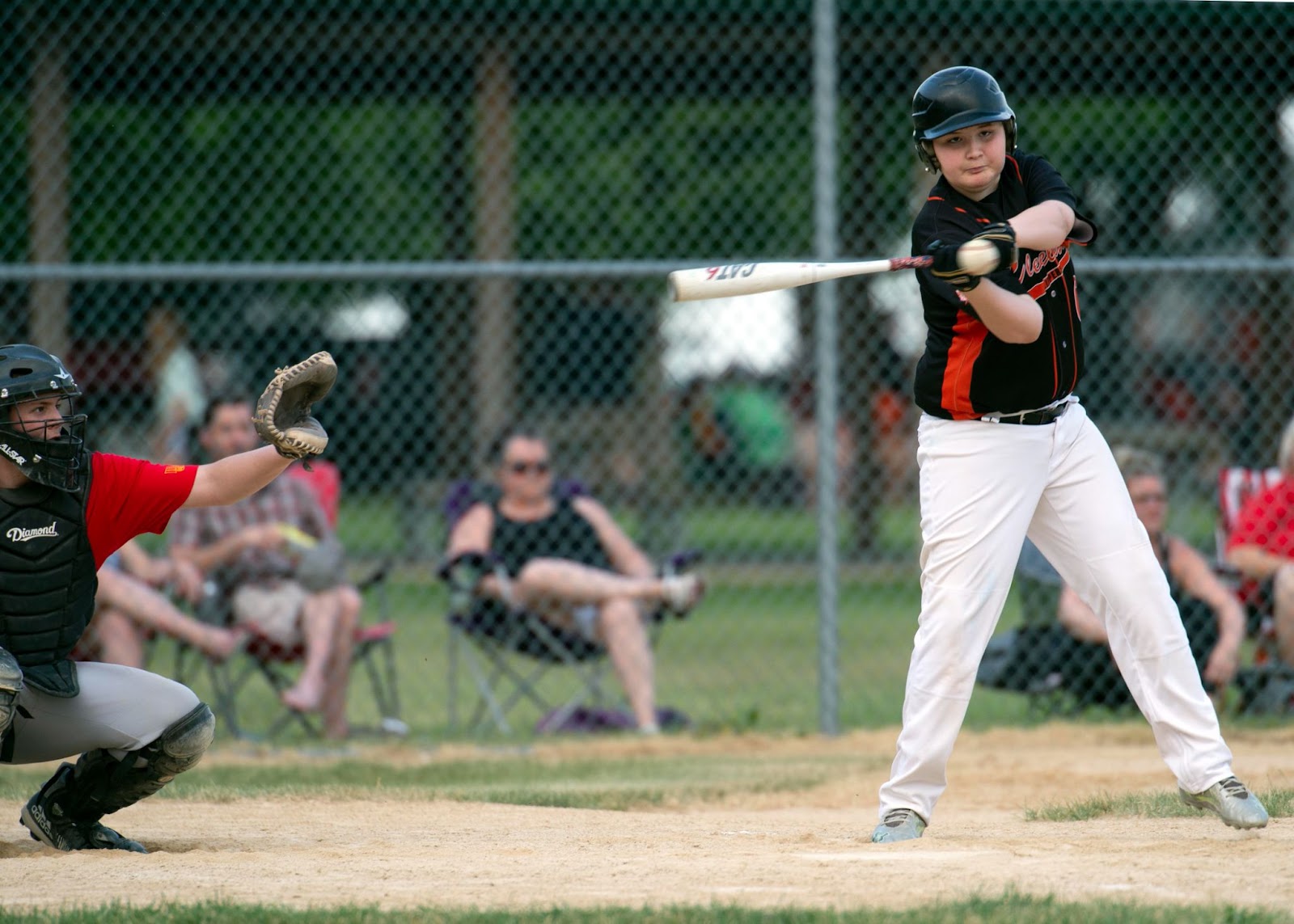 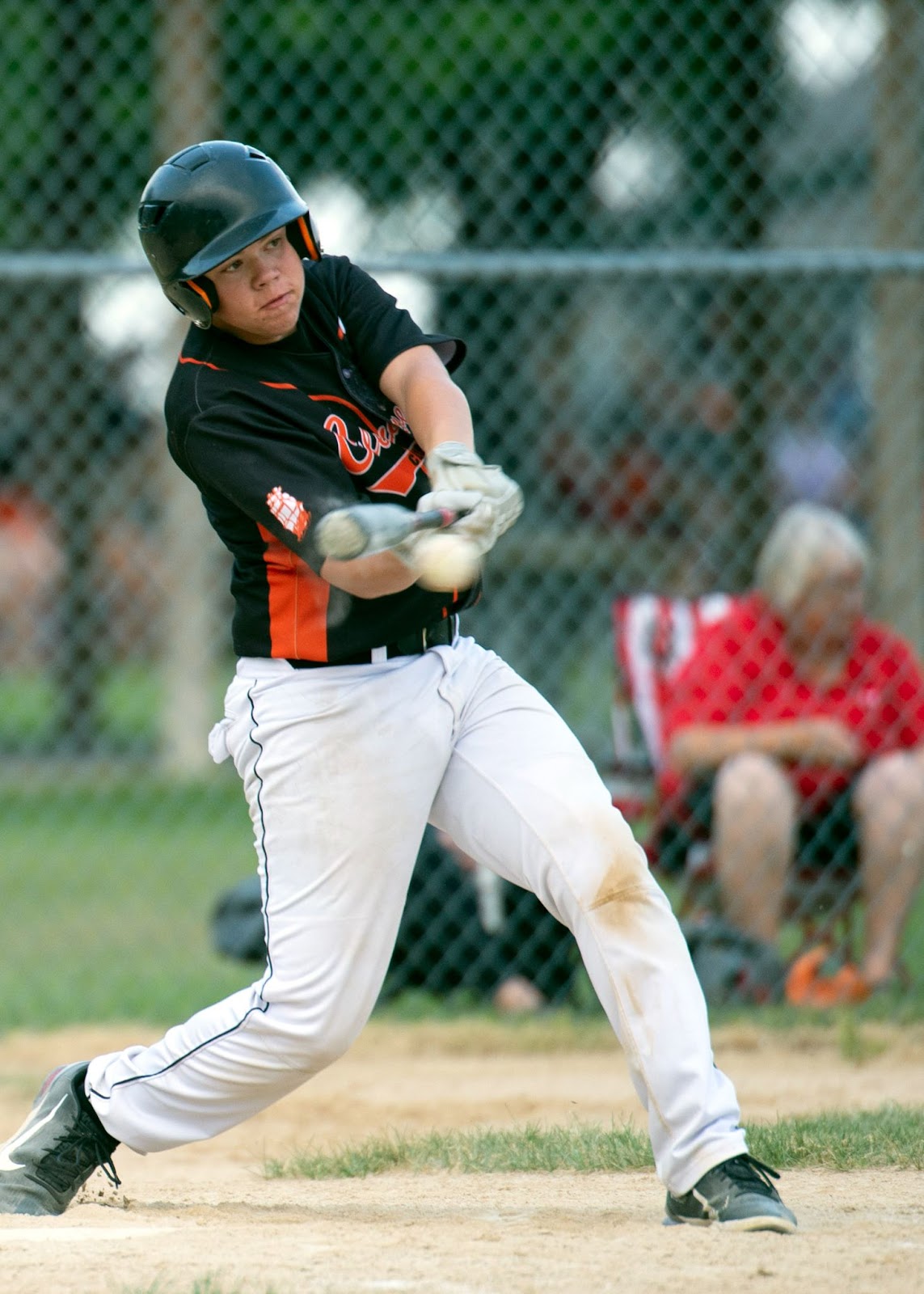 Gabriel Sullivan uncoils for a hit. 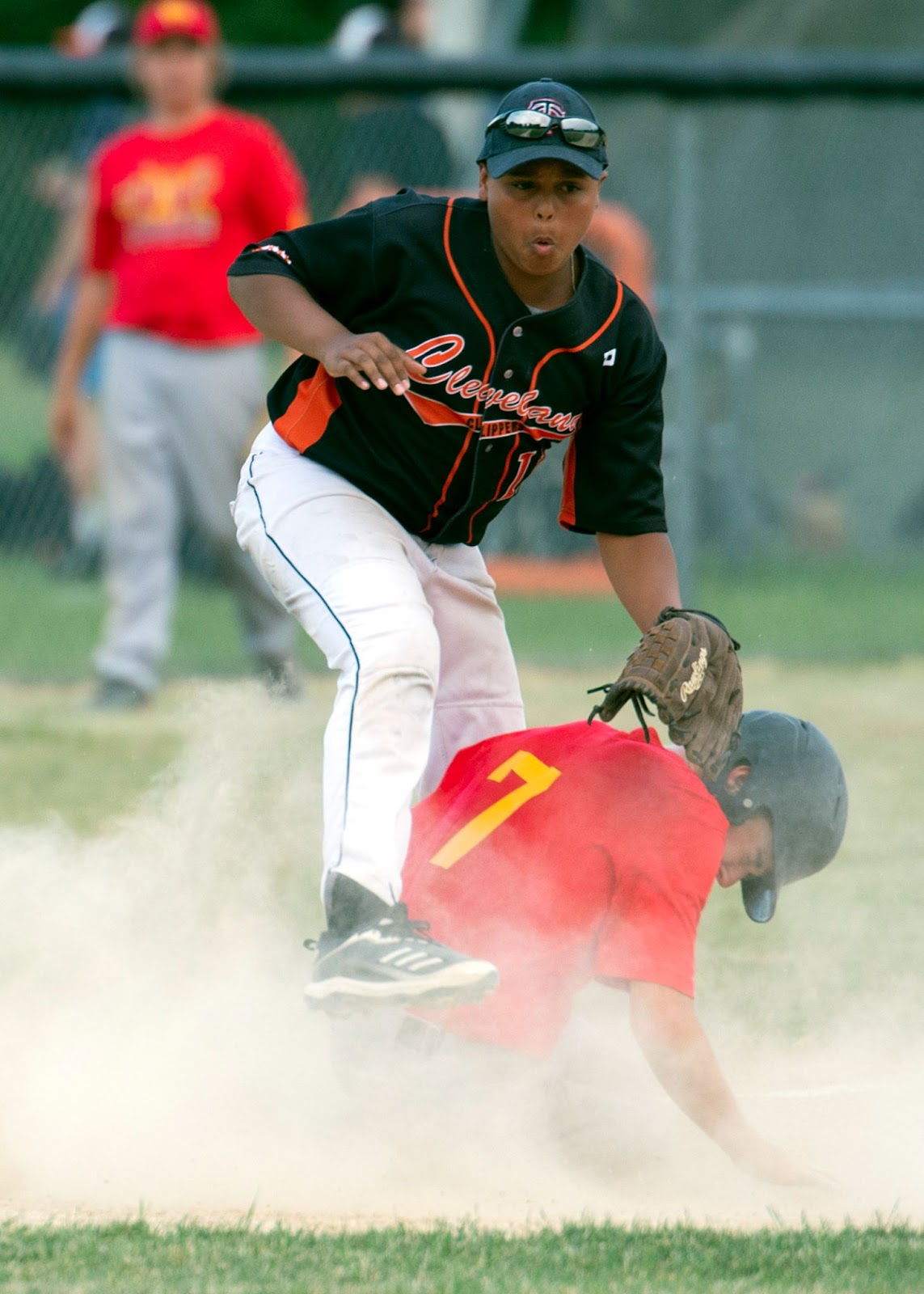