Clipper Legion comes back with first and second win

Above: After Colin Krenik’s hit, Jackson Meyer scored from second for a walk-off Clipper win against WEM on Wednesday.

Looking for their first win during three games in three days last week, the Clipper Legion Post 207 team (U19) came out on the short end of a slug fest against host Tri-City Legion (TCU) on Monday but bounced back to decisively avenge an earlier-season loss against visiting Cannon Falls on Tuesday.

The Clippers kept their momentum on Wednesday when they edged visiting Waterville-Elysian-Morristown 4-3.

“Monday was a big confidence boost,” said head coach Alec Rogers. “Losing a game like that was tough on everybody, but we turned it around on Tuesday. We hit the ball. It was a huge turnaround from Monday. We went from eight errors to one error.”

Colin Krenik went the distance on the hill on Tuesday and then broke out with a 3-4 effort at the plate 24 hours later when he singled and then scored the first Cleveland run in the second, batted in the second and third runs to tie the game 3-3 in the sixth and then found some open real estate in right field in the seventh to score Jackson Meyer for a walk-off win.

“Colin has been lights out for us lately,” Rogers said. “He came out yesterday and threw a gem. He has very much improved both in hitting and on the mound. He was the most improved for school ball, so it’s showing right now that he is really stepping up.”

With the Clippers down 1-0 against WEM, Krenik singled and stole second and scored on a Tanyon Hoheisel single.

Dropping a hit into right field, Elijah Sullivan singled in the fifth. He advanced a pair of ground outs. Meyer walked and swiped second before Krenik’s two-RBI hard grounder to left field.

“When we are going up and getting contact, great things will happen on the base paths,” Rogers said.

Hoheisel relived starting pitcher Carter Dylla to start the seventh. Other than an inning at Janesville during the varsity season, Hoheisel hasn’t pitched this year and gave up a double and a single right away to put two runners in scoring position.

But after a ground out and two pop flies to the infield, Hoheisel got out of the inning unscathed.

“As a pitcher, that’s a lot of pressure,” Rogers said. “But you’re really in command when you pitch pitches that get us grounders or pop flies. Tanyon went out there and showed us that he wants to be up there; he wants to fight.”

Meter hit into an error in the seventh, stole second and scored when Krenik hit a hard line drive into right field.

The Clippers had five hits, four less than WEM. Dylla struck out five, walked two and gave up seven hits. They had two errors.

The Clippers went up 3-1 in the second and never looked back.

“We kind of knew what their hitting approach was and what their pitchers were like,” Rogers said. “We saw one pitcher that we saw before and knew we could battle with them and went out there and showed them that we could.”

The Clippers outhit Cannon Falls 10-8. Dylla had two doubles and a single. Kaleb Timlin had a triple and a single. Alex McCabe, Carter Zimmerman, Colby Amundson, Sullivan and Krenik each had a single.

Krenik struck out four and walked one. The Clippers committed one error.

Down 4-3 in Le Center, the Clippers scored five runs in the fifth. TCL added four runs for an 8-8 tie going into the sixth, but the Clippers responded with five more runs.

But the Clippers couldn’t buy an out in the bottom of the seventh, and TCL scored six runs for the knock-out punch.

TCL racked up 20 hits. One was a double, but the rest were singles. Lucas Walechka threw the first five innings before reaching his pitch count quota for the rest of the week. He allowed 11 hits and two walks while striking out eight.

Zimmerman took over in the sixth. He gave up four hits and one walked while striking out one. After a walk and an error and one run scored in the seventh, Dylla took over. He gave up five hits.

“I think our biggest problem was defense, errors,” Rogers said. “It’s very tough to win a baseball game with eight errors. It gives teams like this the opportunity to crack things open.”

The Clippers return to action today (Tuesday) when they travel to Waterville for a rematch against the Bucs. 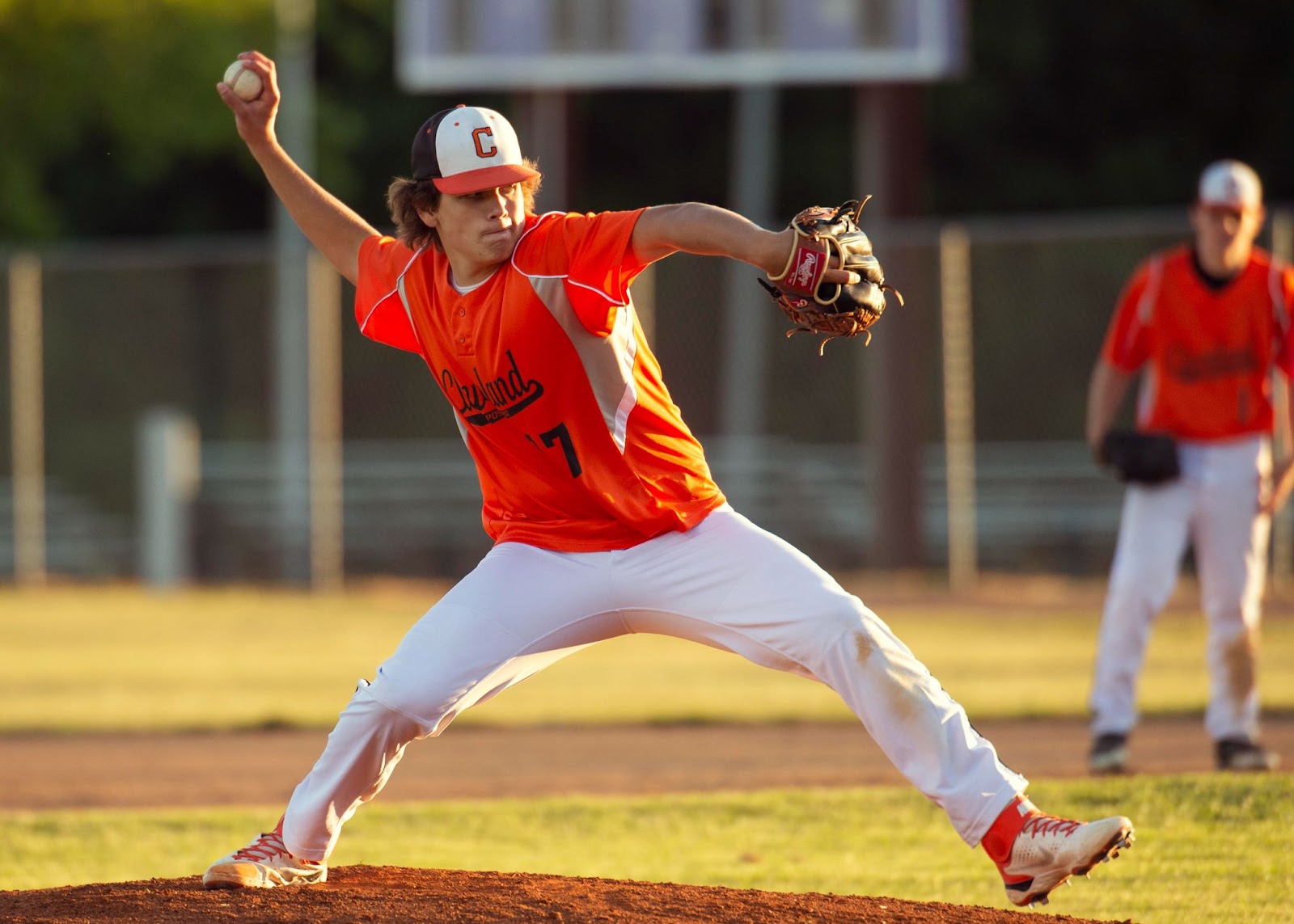 Lucas Walechka started on the mound in Le Center. 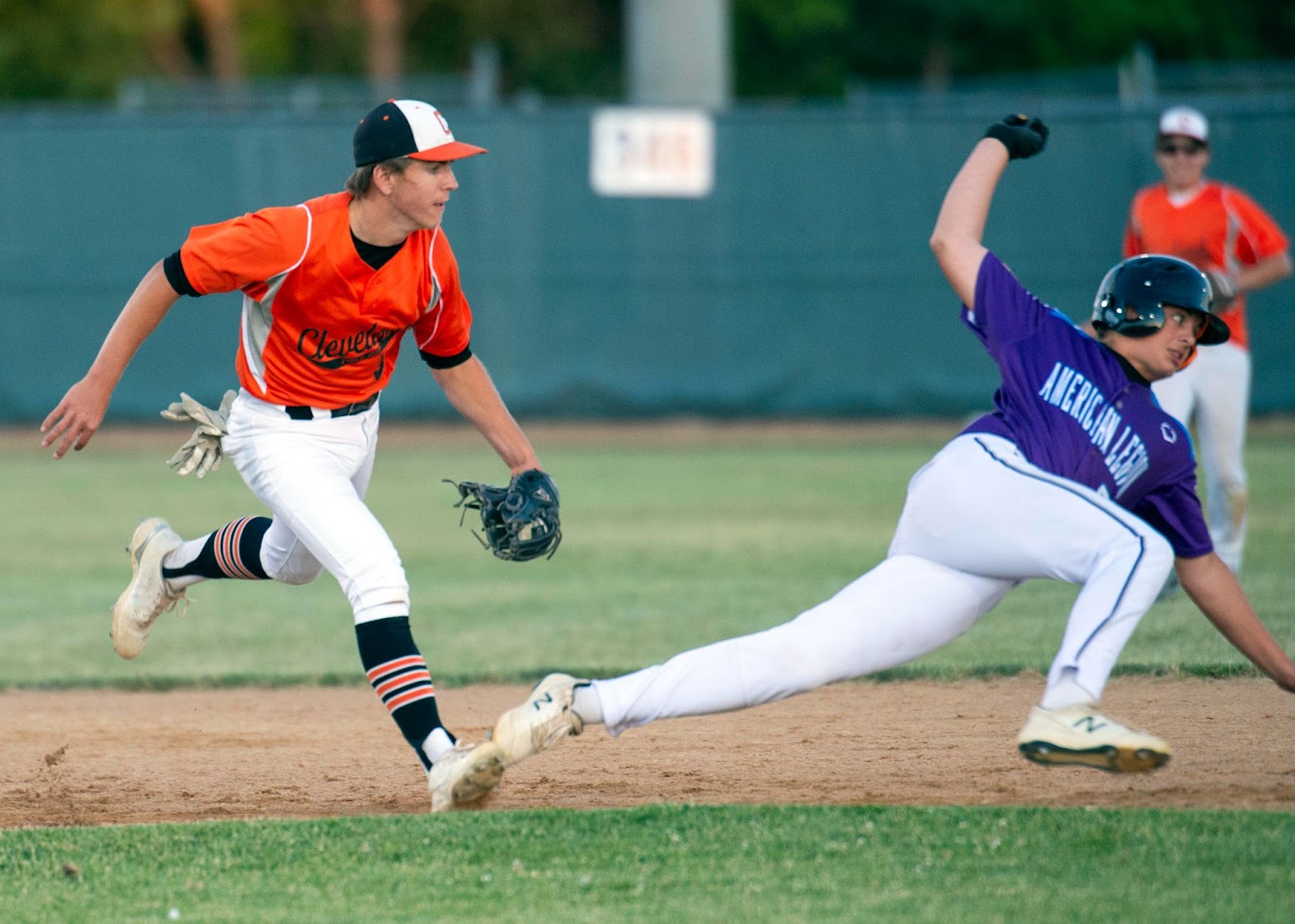 Shortstop Carter Dylla caught a Tri-City Legion runner trying to get back to second. 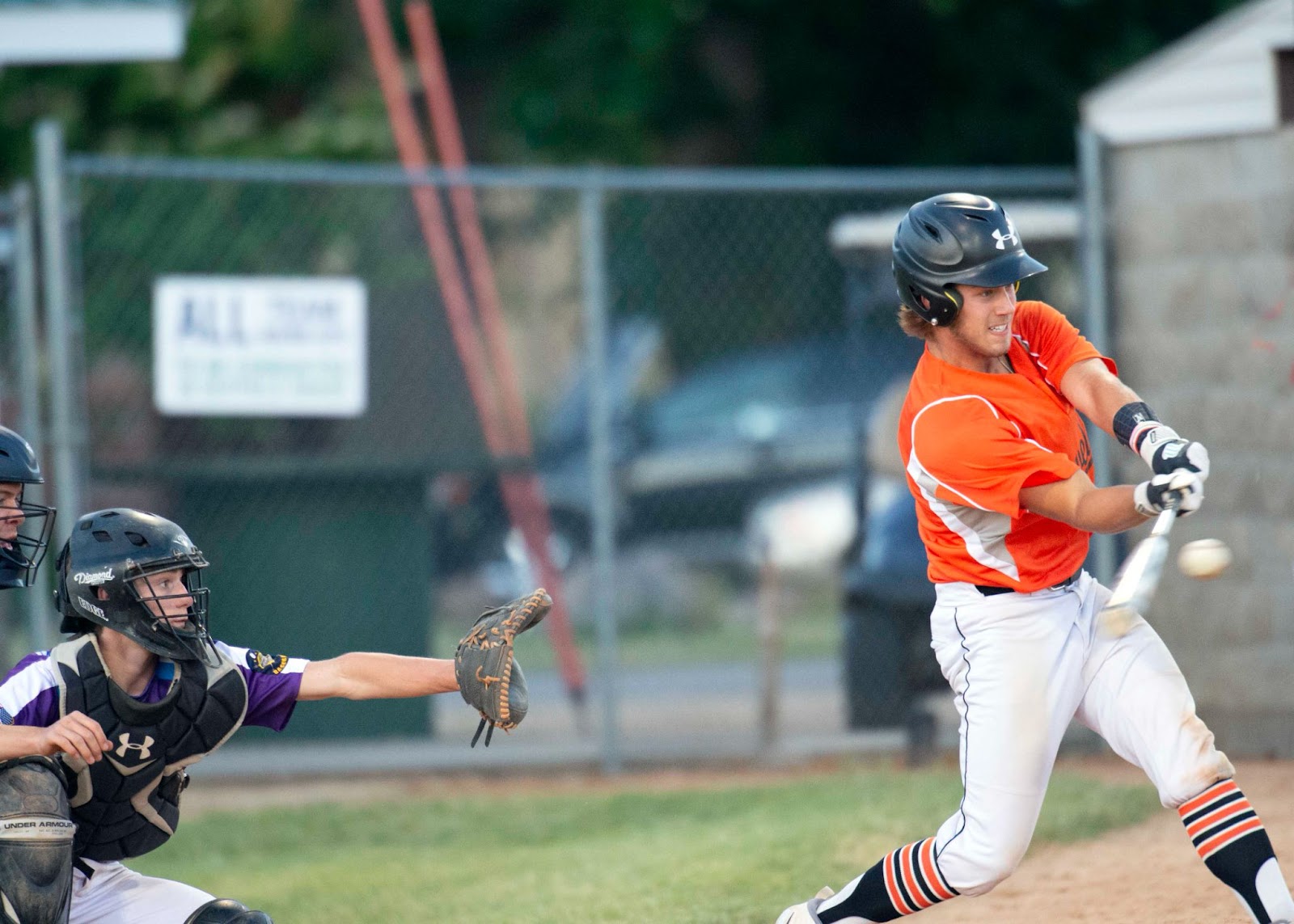 Alex McCabe uncoils for a hit at Le Center. 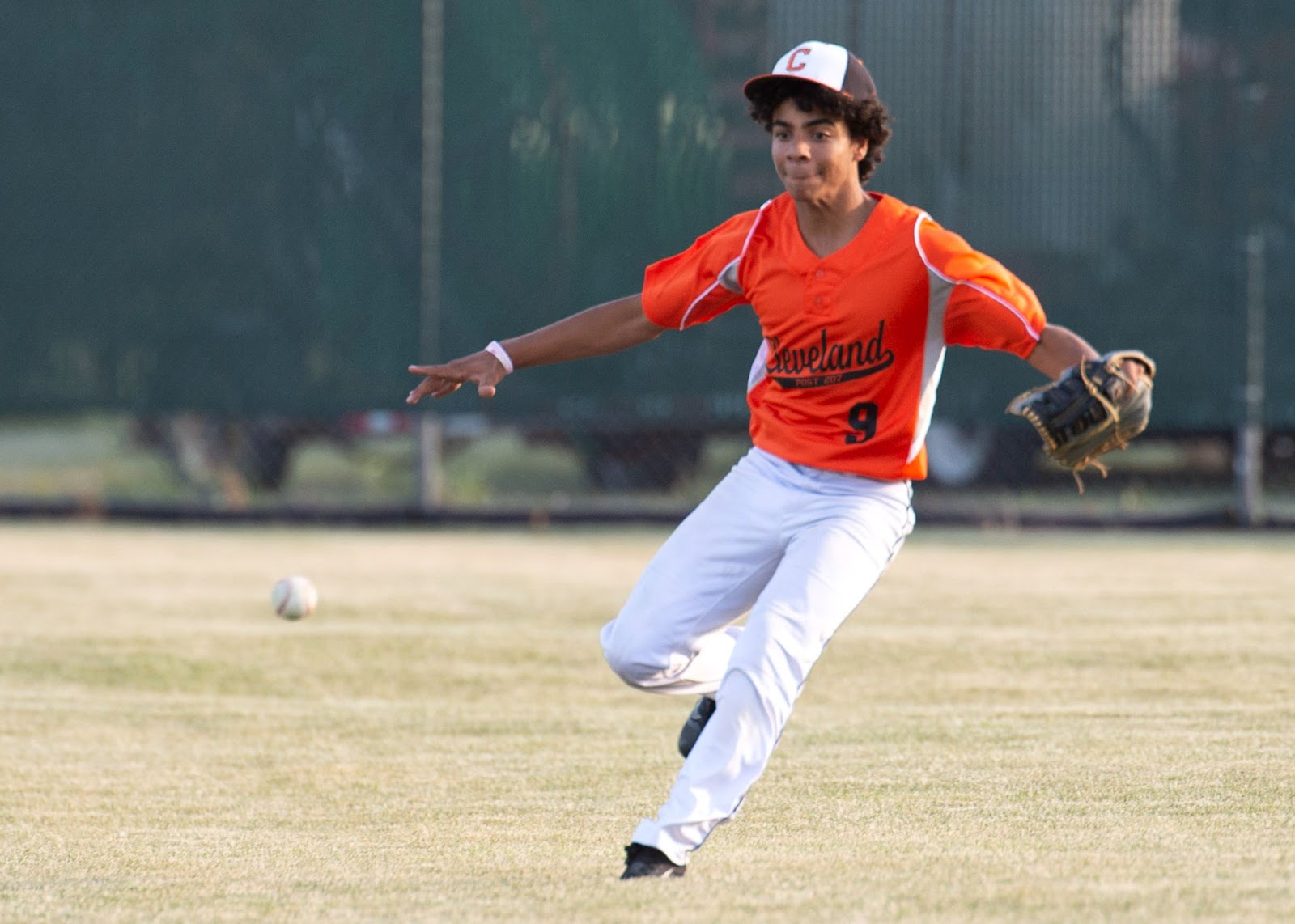 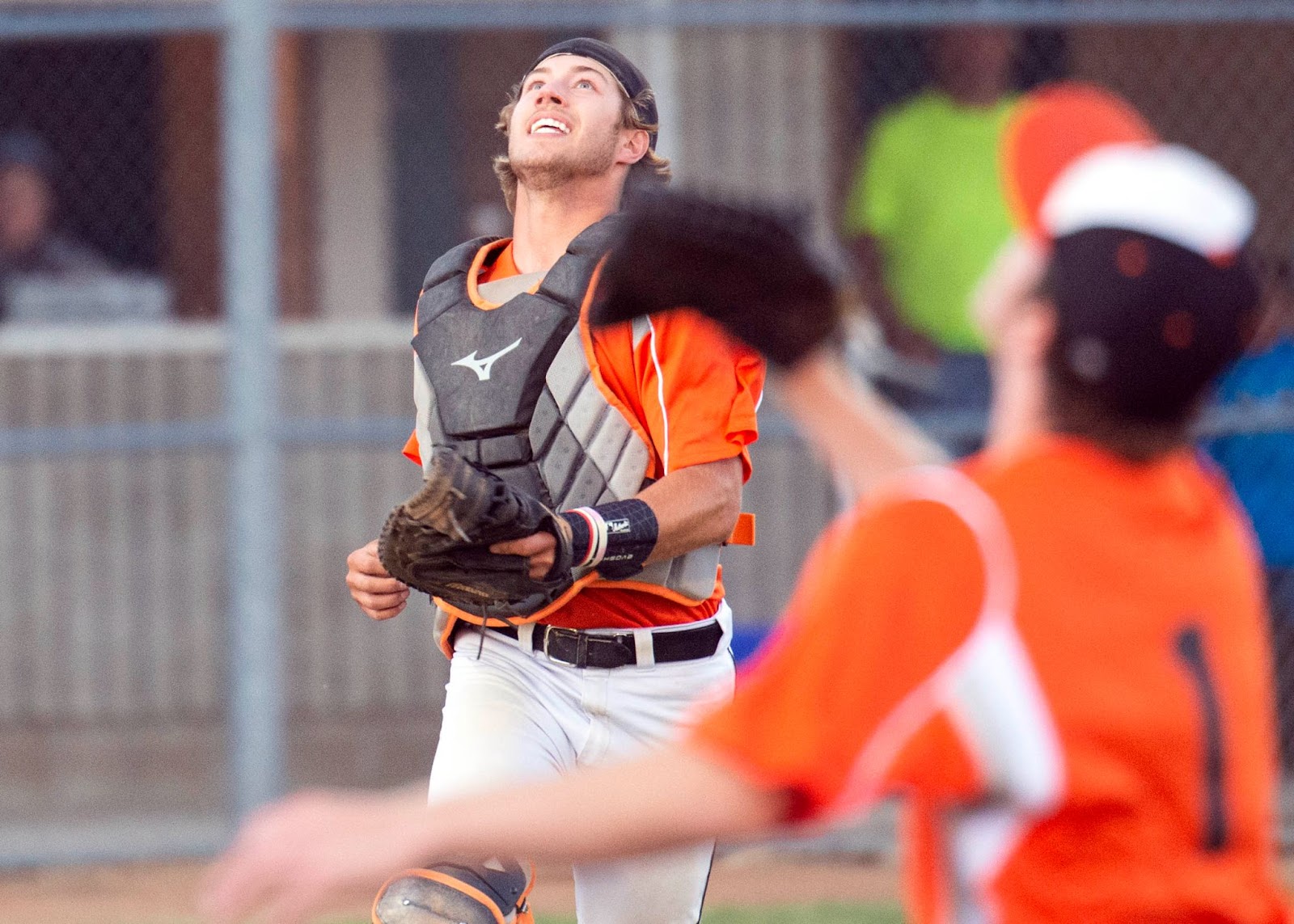