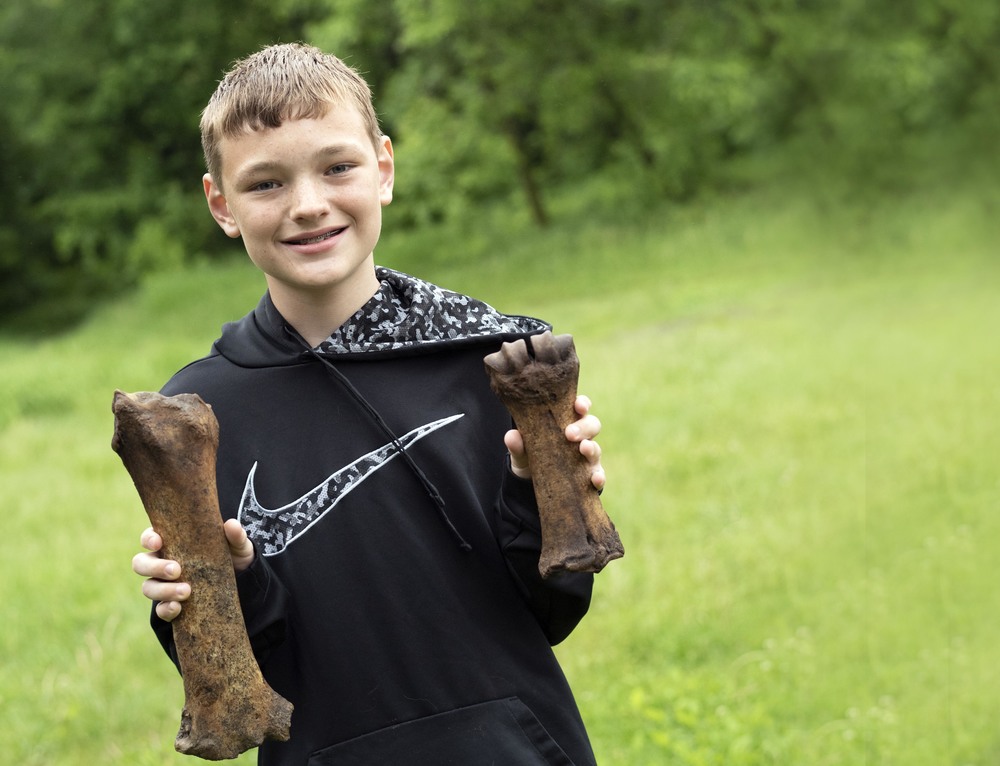 Sometime around 10,000 years ago, as the last of the glaciers that had advanced and retreated across Southern Minnesota was melting away, an ancestor of the modern bison, Bison occidentalis, left its remains along what is now the Minnesota River.

Fast forward to this spring. Cleveland fifth grader Austin Anderley was spending his Sunday fishing on the river with his parents Rick and Steffy and sister Grace. As they pulled the boat to the riverbank about midway between St. Peter and Le Sueur, he spotted something unusual on a sand bar about 30 feet away.

“I was looking around and saw something sticking out of the sand. I wondered what it was because it didn’t look like a rock.”

His parents didn’t think anything of it.

“Rick and I said ‘we don’t know what you're seeing. It’s just rocks,’” said Steffy. “Finally we were like ‘go. If it’s driving you crazy, just go.’”

Anderley went over and yanked the object out of the sand. It was a heavy bone over a foot long.

His parents thought it was a cow bone at first, but the 11-year-old had seen cow bones in the woods around his home just outside of Le Center.

“I didn’t think cow bones were this big.”

Anderley looked around and found another bone protruding a few inches out of the sand and pulled it out too. It was just as thick as the first bone and about 8 inches long.

“With the dry spring the river was lower than it had been in 10 years,” explained Rick, who has been fishing the Minnesota all his life. The bones were buried in more than 10 feet of soil that eventually was cut away by the river,” he said.

Curious as to what they were, the family took the pair of almost fossilized bones to the Science Museum of Minnesota in St. Paul. The scientist on hand in the “Collector’s Corner” researched the bones online and then took them downstairs where his colleagues could see them.

“He was so taken by it he called in volunteers and said ‘you’ve got to see this,’” said Steffy.

The paleontologists matched the bones to a fossilized skeleton of Bison occidentalis the museum has on display. The larger bone is either a tibia or an ulna, and the smaller bone is a metacarpal.

Descended from an even earlier species of bison, Bison occidentalis is an extinct species of bison that lived in North America and potentially in Siberia and the Japanese archipelago from about 11,700 to 5,000 years ago, spanning the end of the Pleistocene epoch to the mid-Holocene.

It was slightly larger in body size than the modern plains bison that eventually replaced it. Unlike any bison before it, its horns pointed upward, parallel to the plane of its face from nose to forehead.

Anderley never had much of an interest in paleontology but has a huge rock collection and hopes to be a geologist some day. He wants to make sure the bones are preserved. As recommended by the Science Museum, he is keeping them wet for now.

While he is storing them in his bedroom, perhaps someday he might donate them for public display, he said. 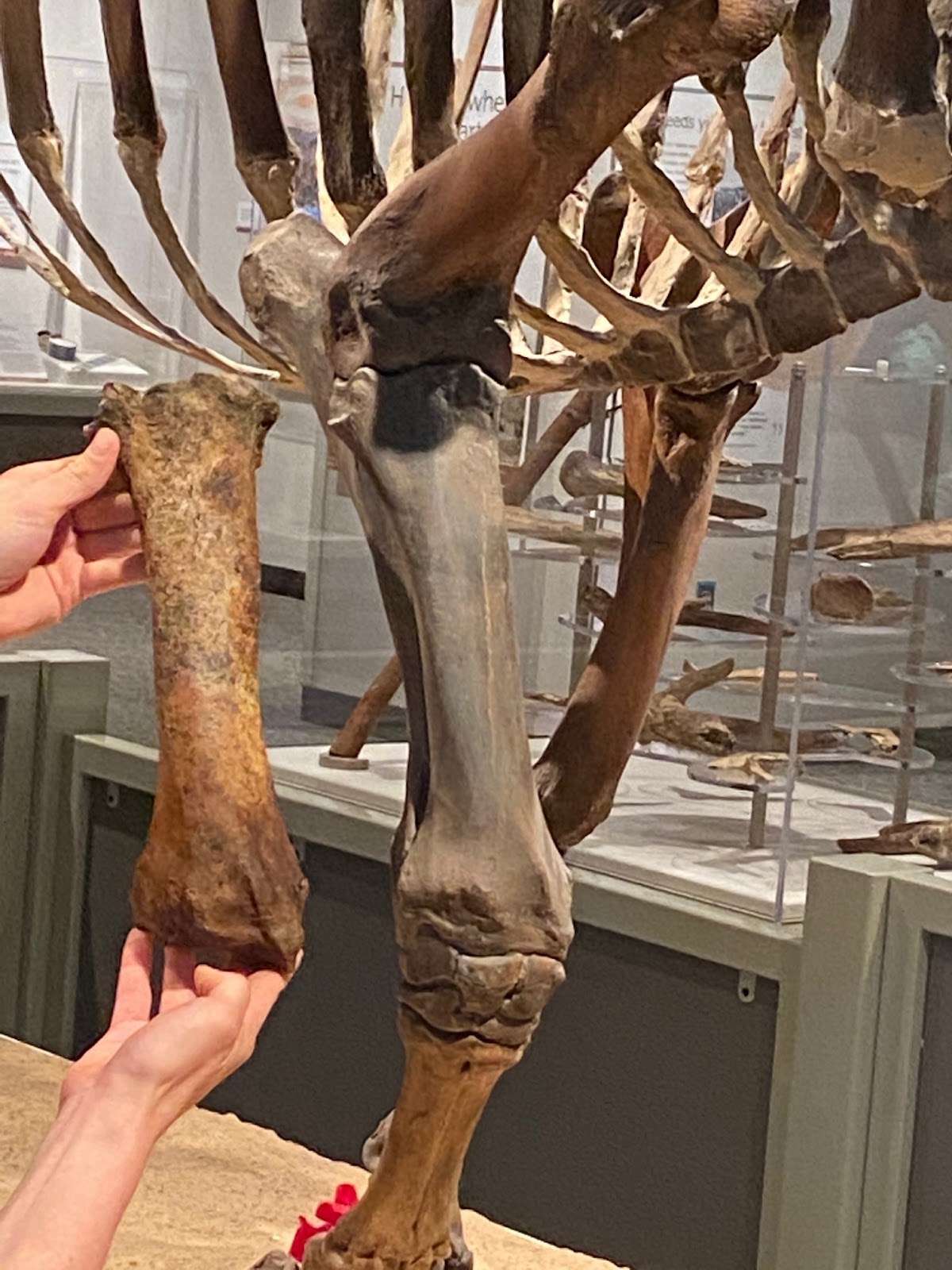 The paleontologists at the Science Museum of Minnesota matched the bones Austin Anderley found with a skeleton of Bison occidentalis the museum had on display. 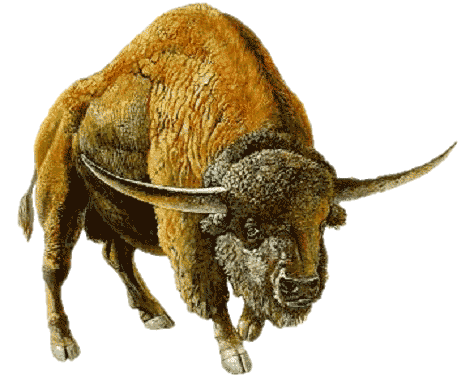