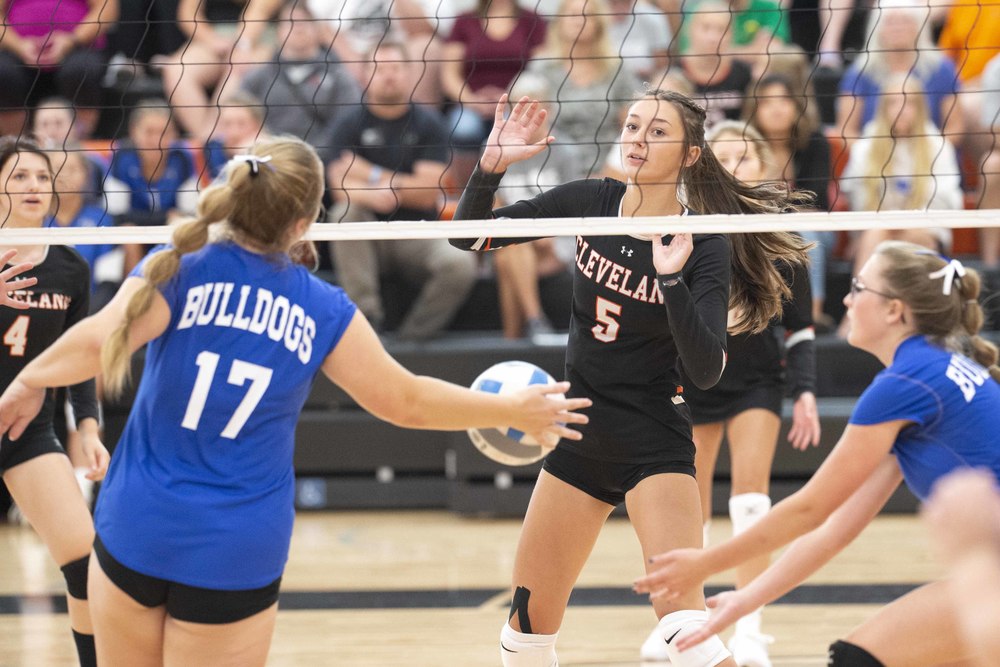 Above: Brenna McCarthy battles at the net.

With over two dozen players on Katie Hoffman’s C-squad volleyball team, when Janesville-Waldorf-Pemberton came to town on Tuesday, two nets were set up in the new gym, the Clippers broke into two teams, and the games were played side by side.

Cleveland Black, mostly the more experienced players, won 25-20, 25-17. They were trailing in game three 11-9 before time ran out.

Madysen Seely served up five aces and slapped down one kill. Cassandra Connor pulled up seven digs. Jocelyn Bartell was successful in nine of 10 serve attempts with one an ace. She also had one kill and two blocks. Lilly Lamont landed in bounds eight of 10 serves with a trio of them aces. She also propped up five set assists.

The C squanders return to action on Tuesday when they host Mountain Lake. 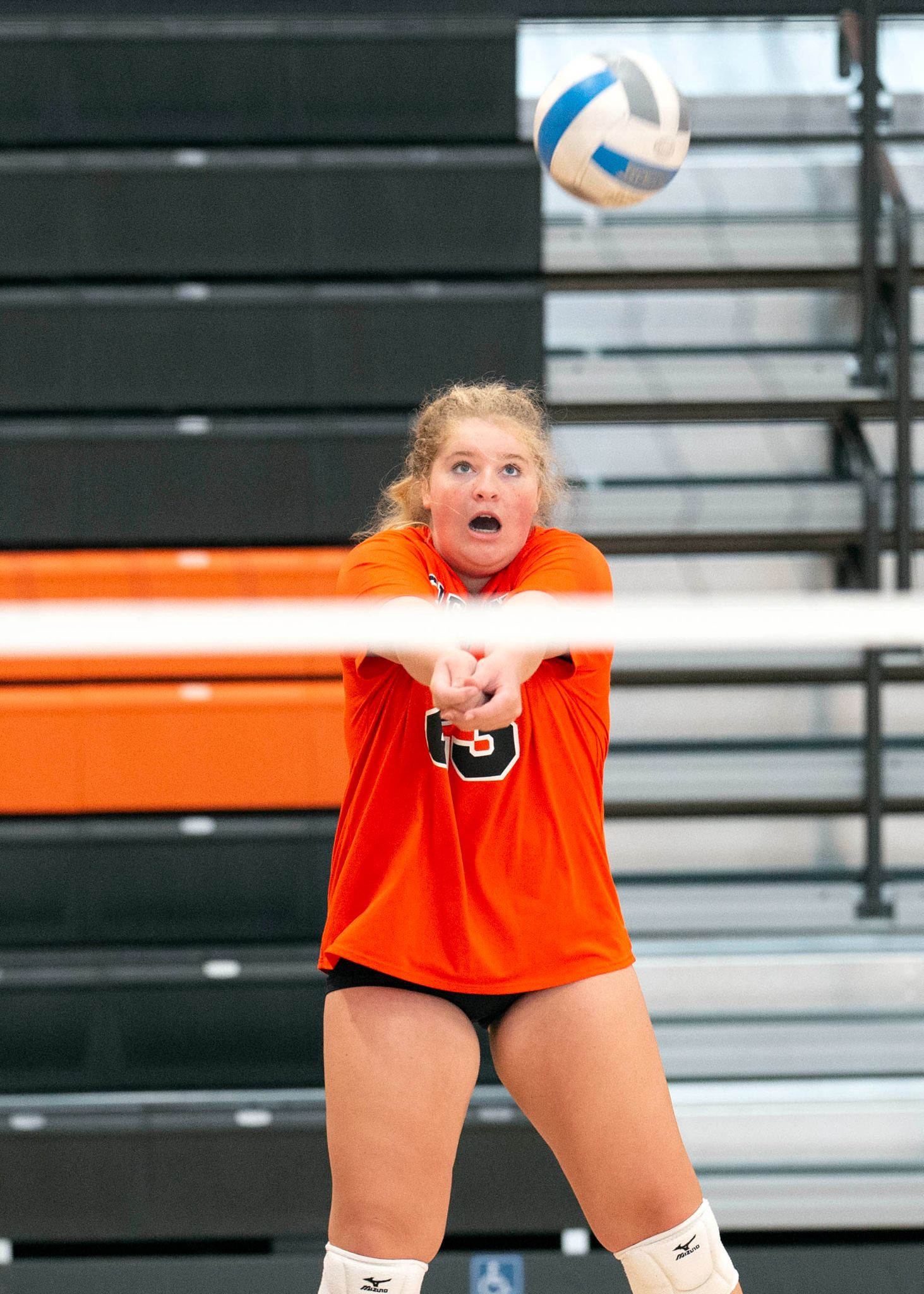 Libero Cassandra Connor bumps up the ball from the back row. 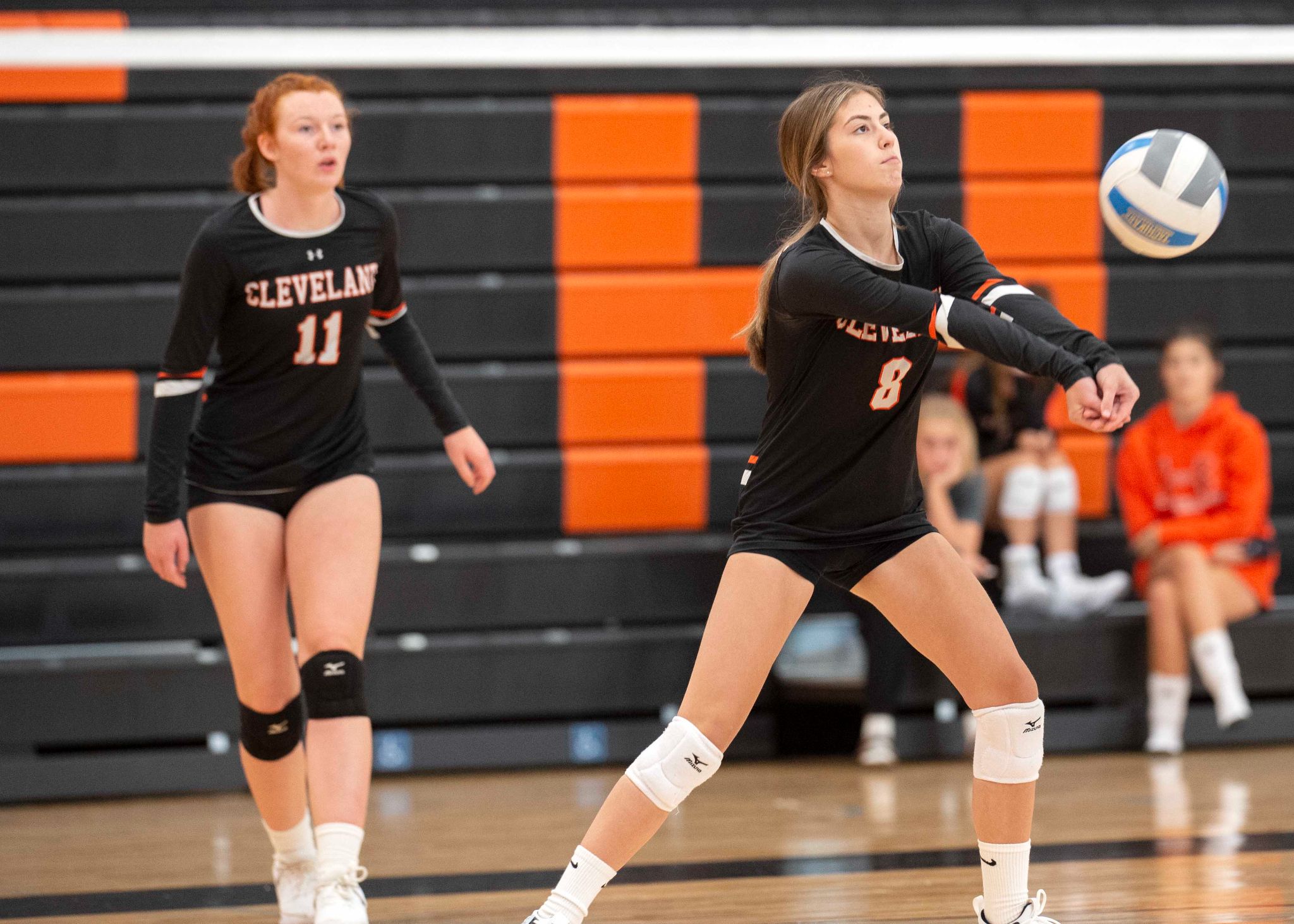 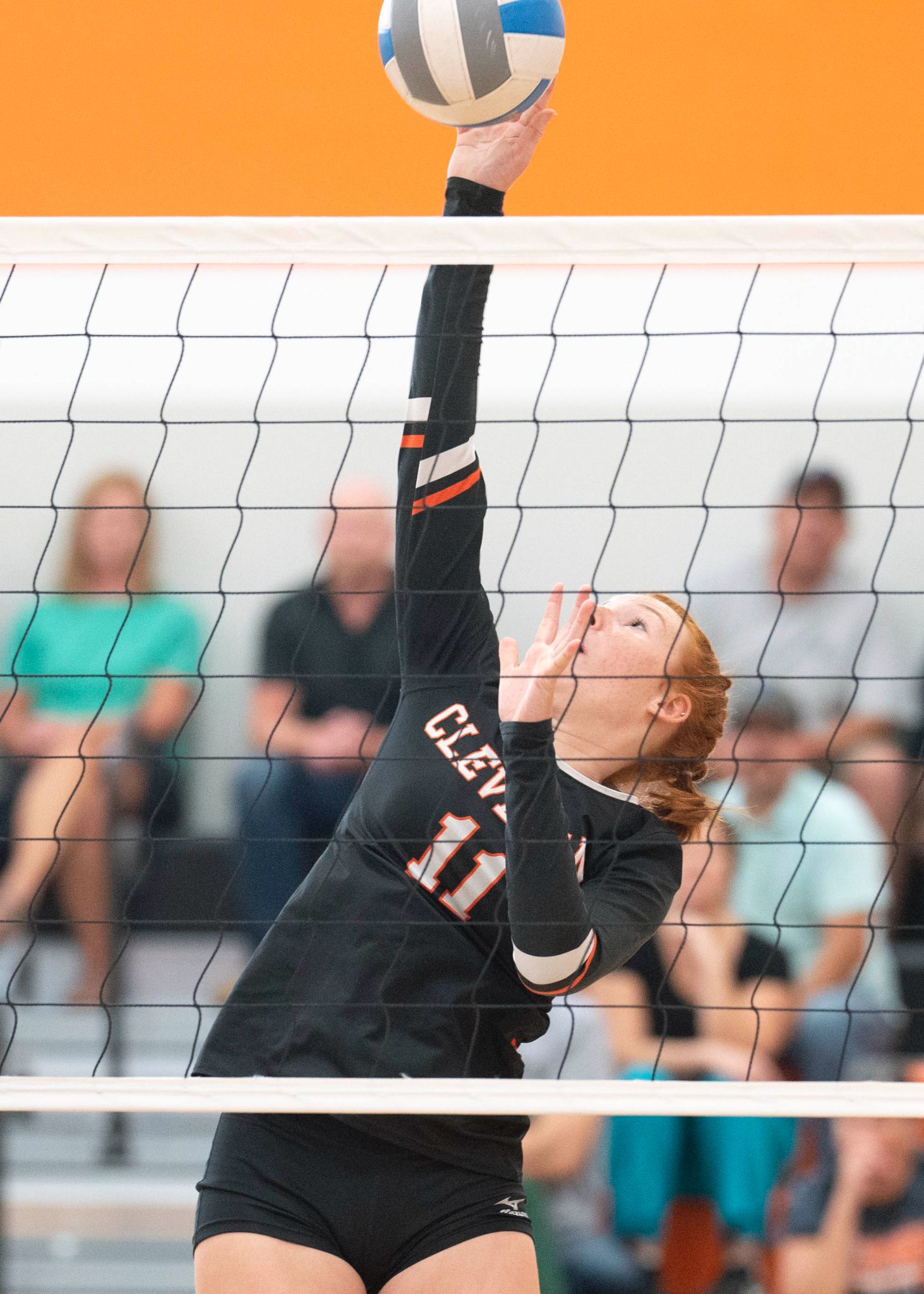 Freshman Jocelyn Bartell goes up high for a hit. 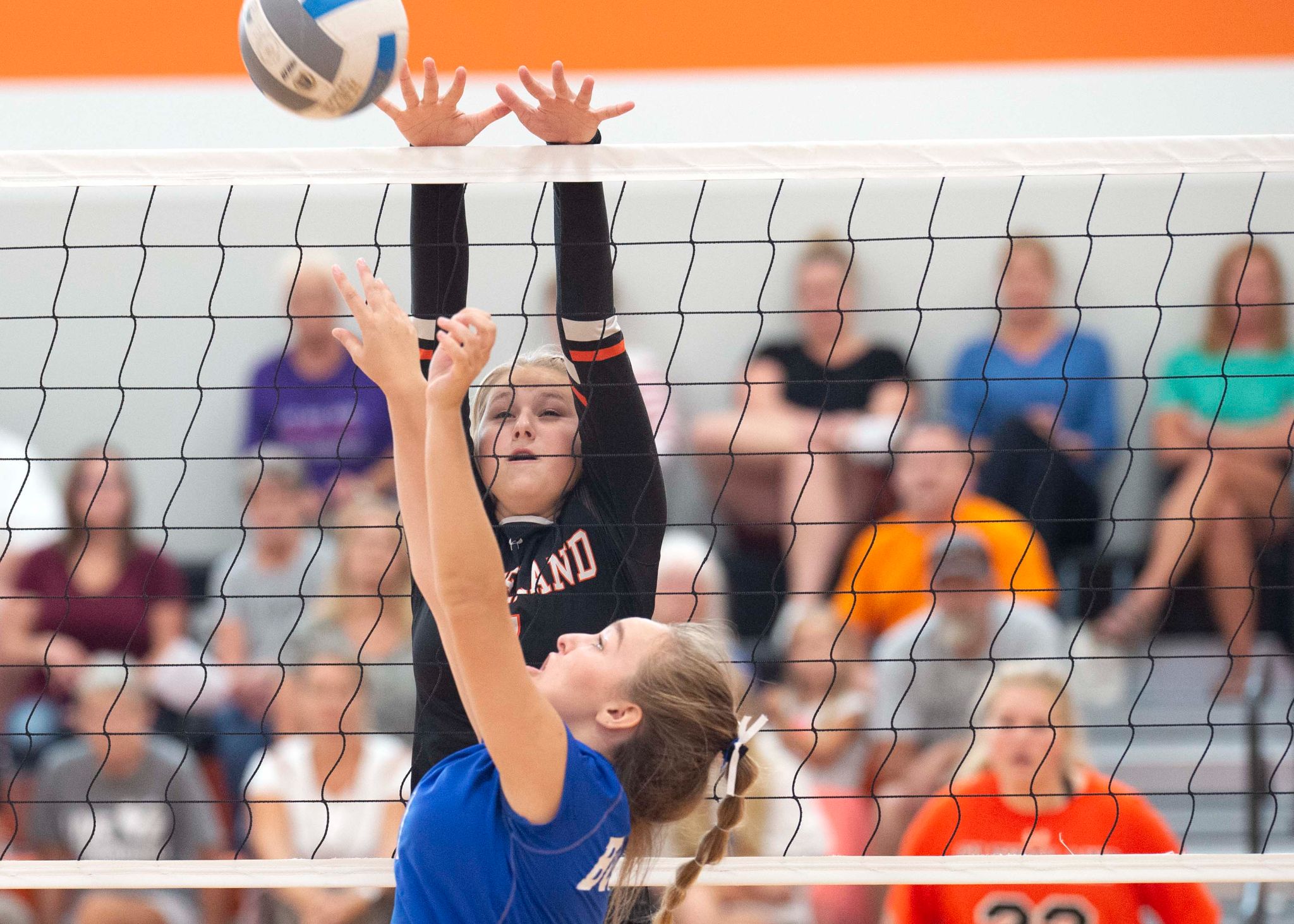 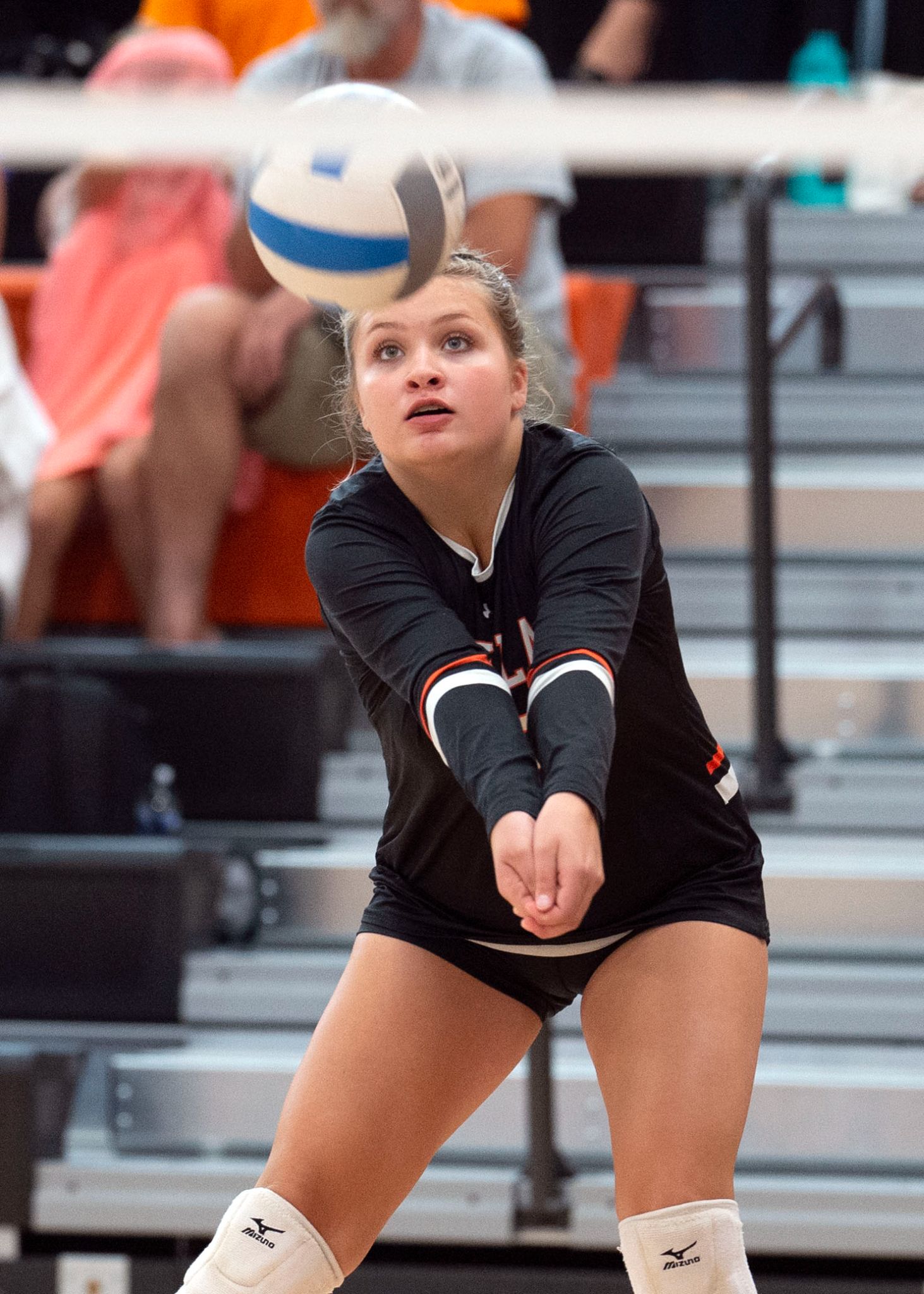