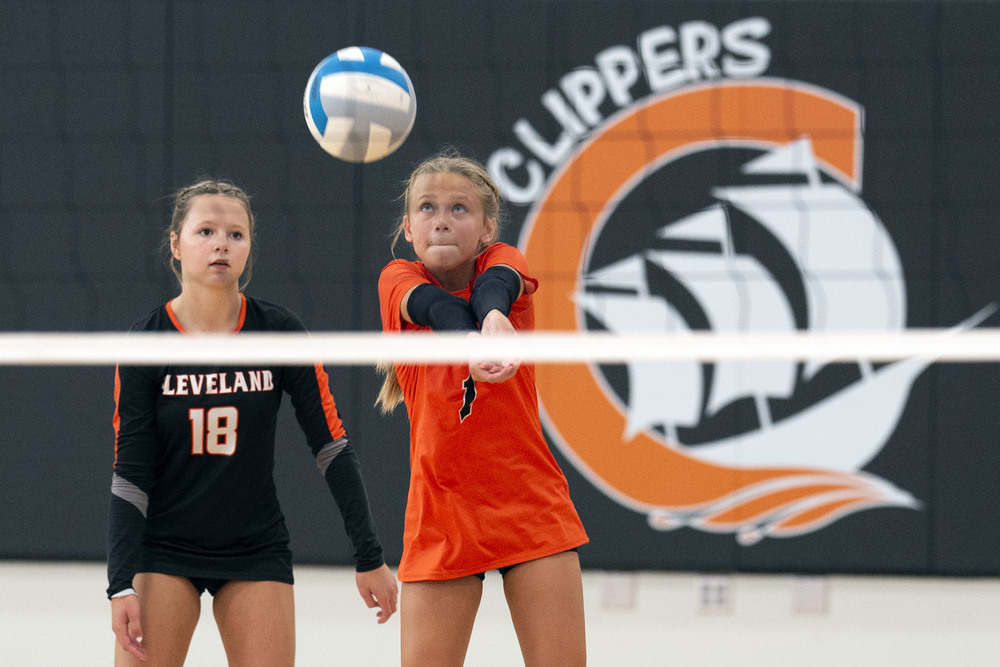 Above: Freshman libero Savannah Meyer fields a serve receive. Beside her is Chloe Anderson.

The Clipper B-squad girls are off to a 2-0 start to their season after sweeping visiting JWP on Tuesday.

Game one began with a Clipper serve into the net, but the Clippers led most of the remainder of the game and won 25-20 when the Bulldogs propelled a hit over the back line.

Game two was tighter and knotted at 23 after a JWP attack. The Bulldogs served into the net, but on game point the Clippers hit went out of bounds.

With a kill, the Bulldogs were on the verge of a victory, but it was their turn to airmail a serve past the boundary line. Cleveland followed up with a serve past the fault line to fall behind 26-25.

But the next three points went to the Clippers. They tied the game 26-26 on a Greta Hahn kill, took the lead on a Bulldog out-of-bounds hit  and won the game with a Hahn service ace.

As time was running out in the third game, the Clippers got in the serve, and Caitlynn McCarthy spiked down a kill for a 13-2 win.

Coached by Sally Kortuem, the Clipper Bs return to action on Tuesday when they host Mountain Lake. 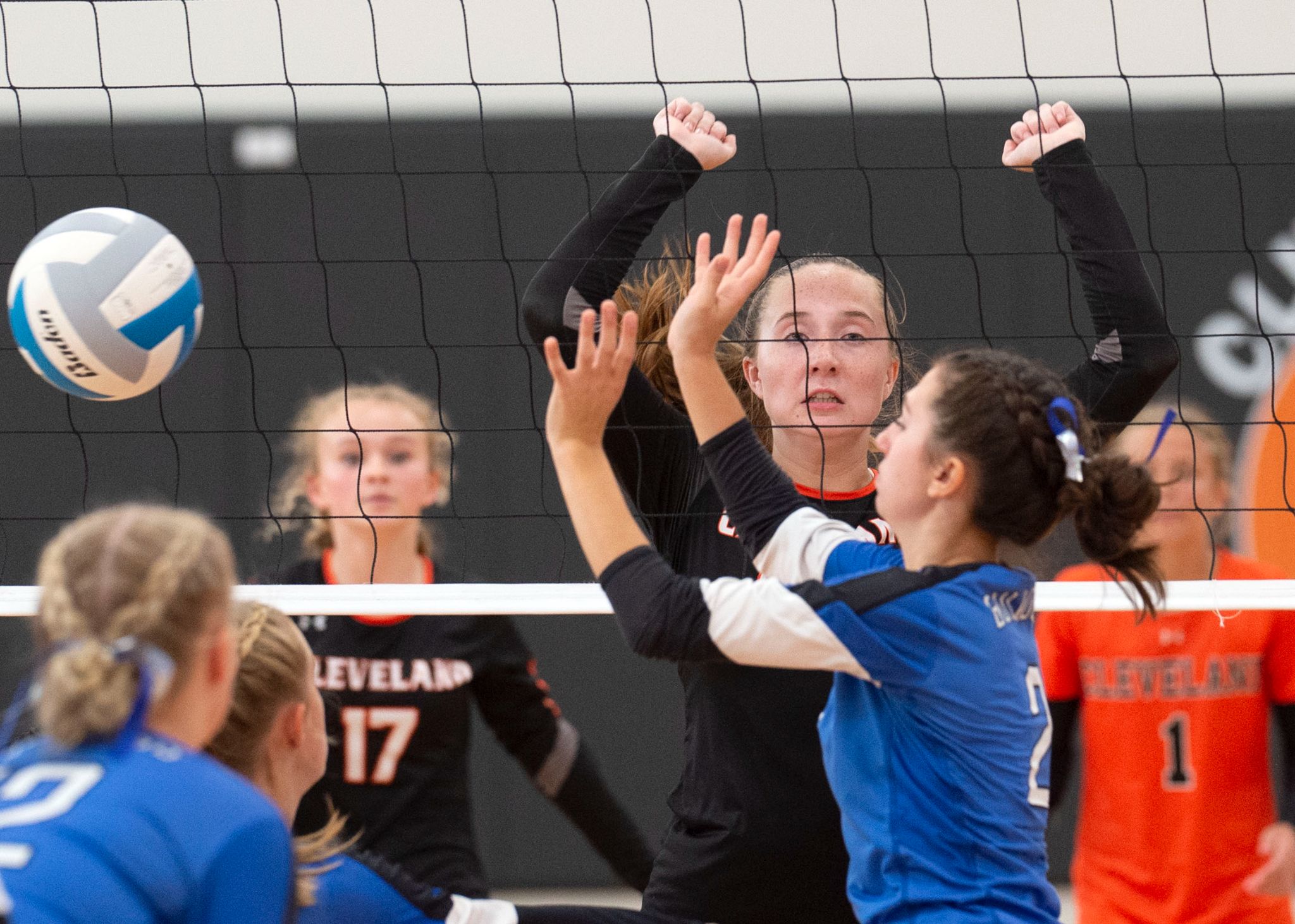 Junior middle hitter Lexi Waldron in combat at the net. 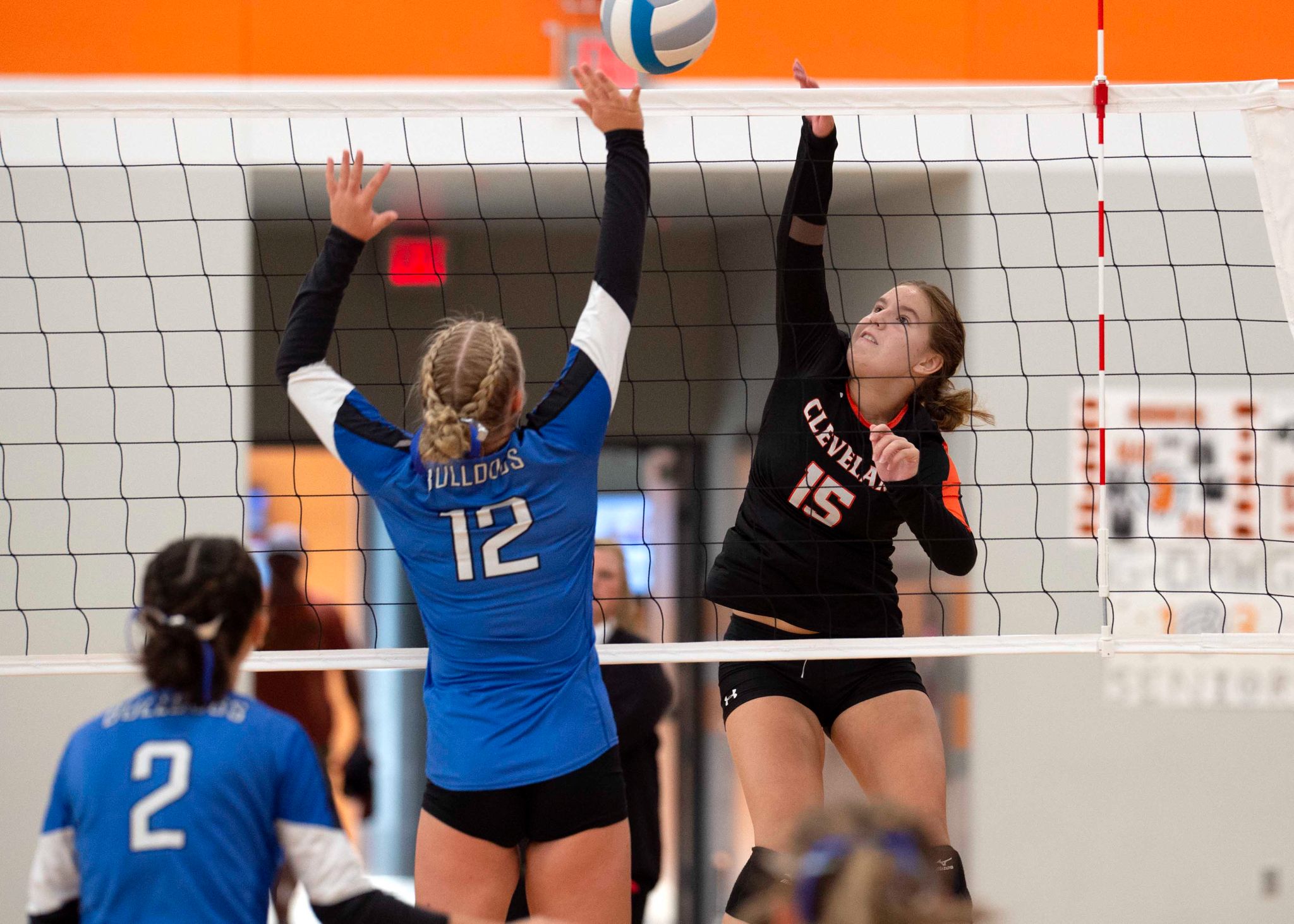 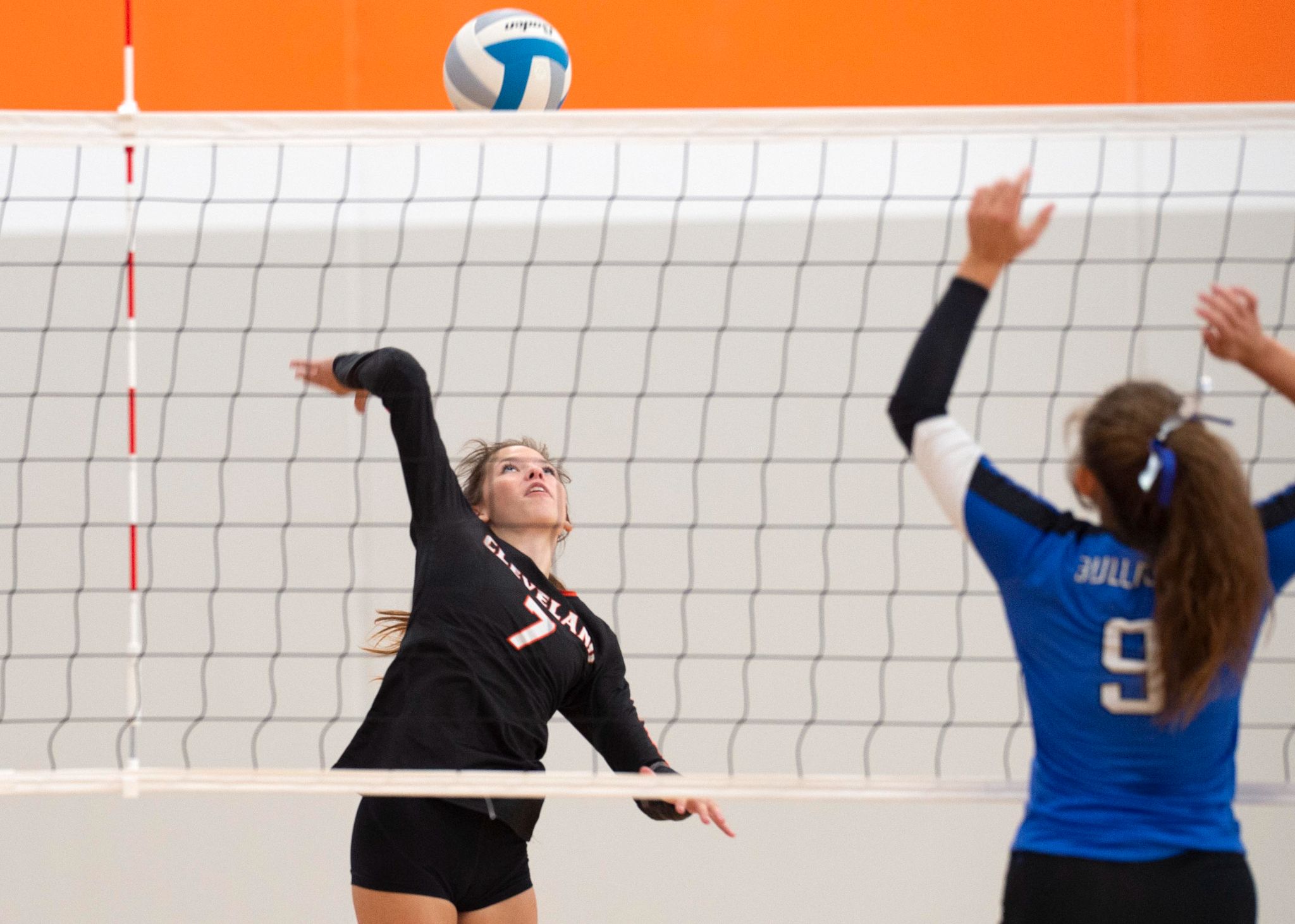 Junior hitter Jersie Kelley winds up for a hit. 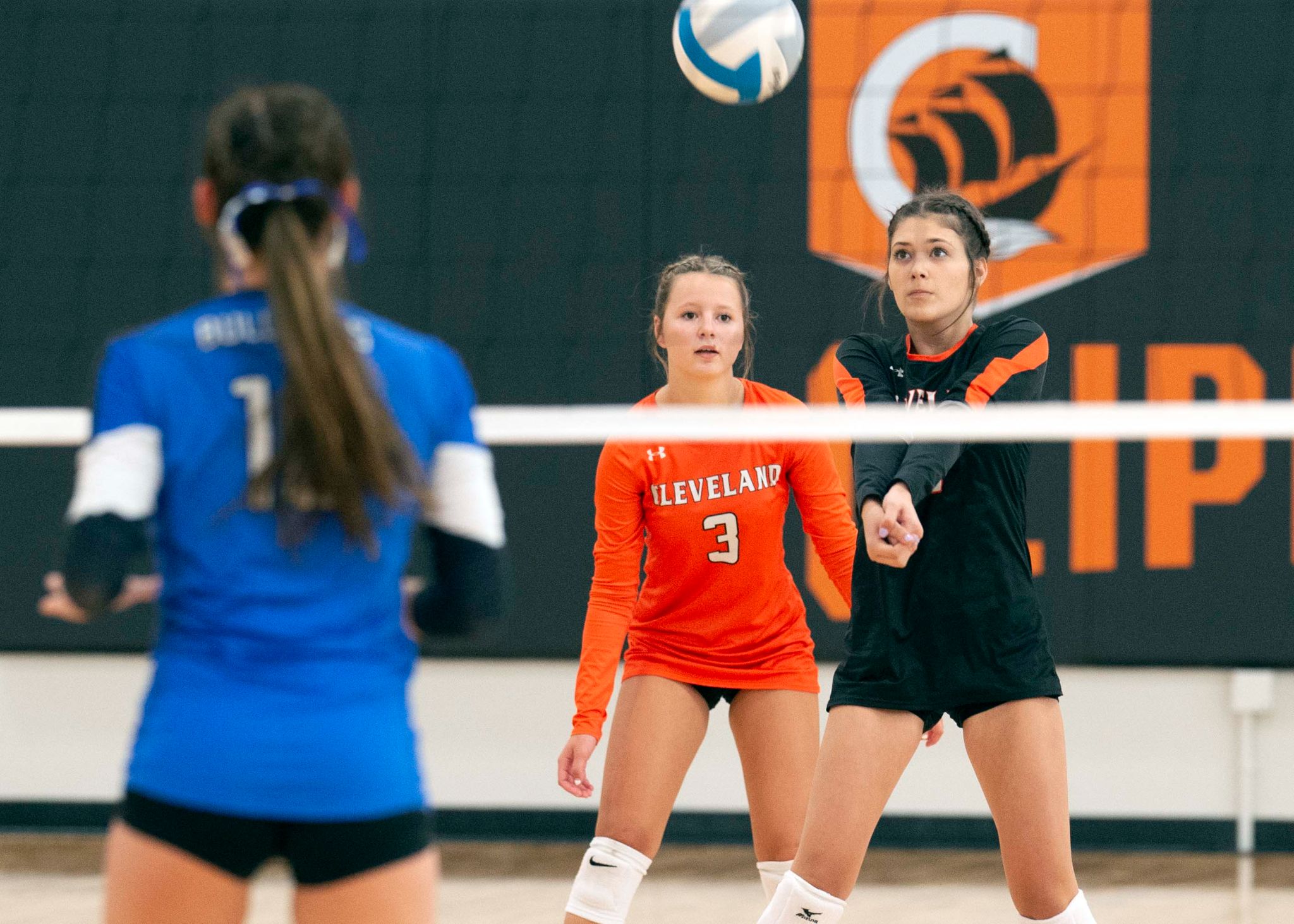 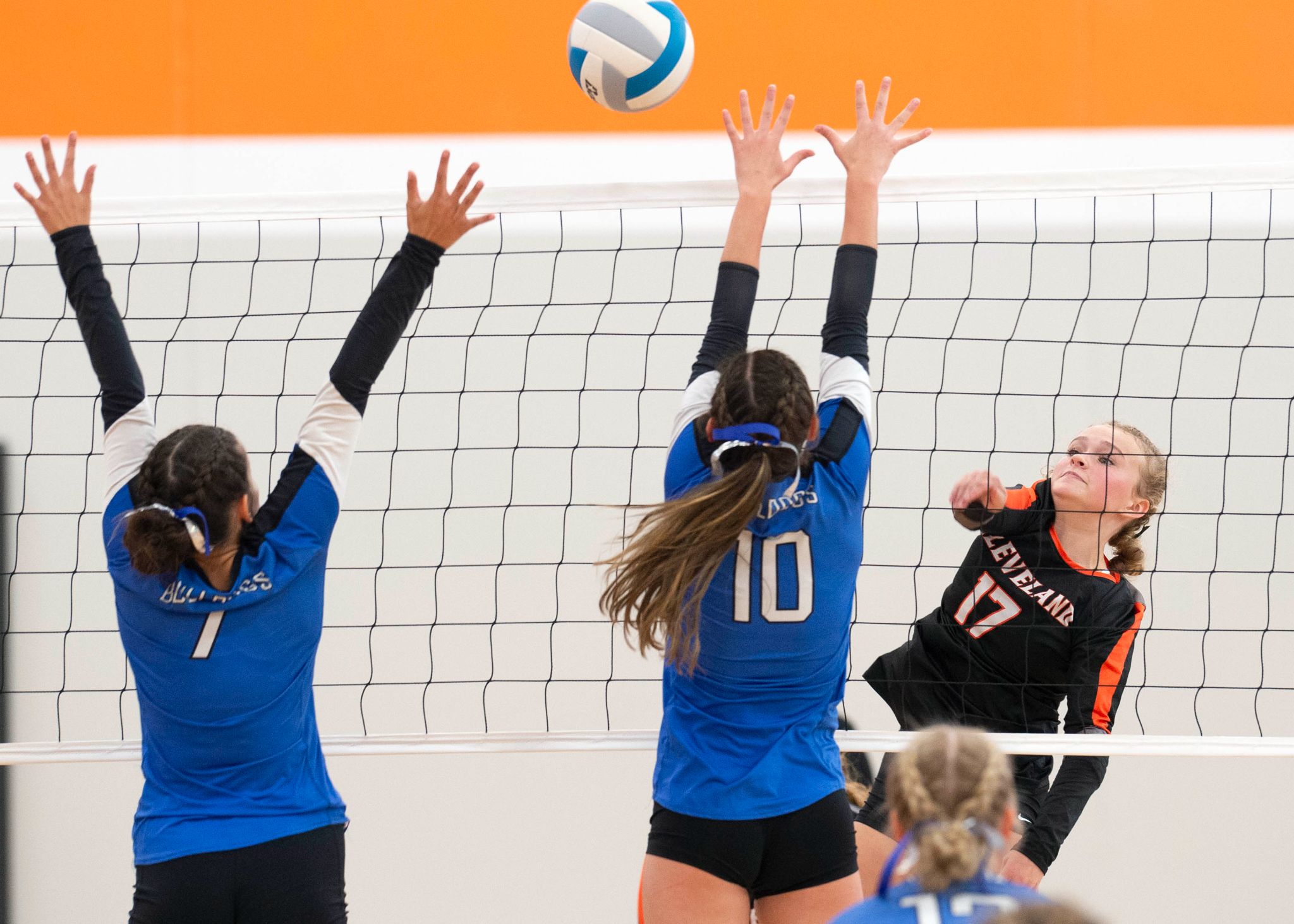 Greta Hahn sends over a hit.