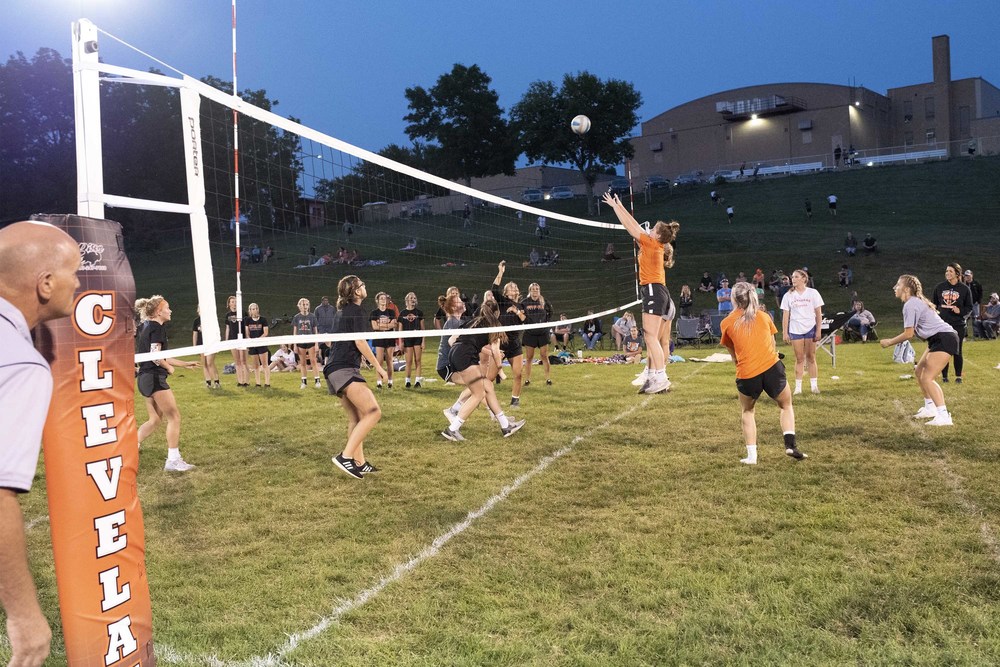 Above: Varsity's Emily Kern goes up to attempt a block on a Laci Hollerich hit.

Instead of between basketball hoops and on a wooden gym floor, Clipper volleyball on Wednesday was centered around the goal posts and atop the grass of the Cleveland football field.

The idea for the first annual “Volleyball Under the Lights” came to director Rich Kern from outdoor hockey played on baseball fields, which became popular a few years ago. Putting on a similar event but with volleyball instead has been on his radar for a while, he said.

“It’s been about five years in the making. We were going to try it last year, but obviously things got cancelled.”

Originally, Le Sueur-Henderson was to join the outdoor scrimmage, but it had to cancel as school events needed to be switched around. Instead, the competition was inner squad with C-Squad Black taking on C-Squad Orange in the first match, varsity against a makeshift junior varsity in the second match and finally C Black facing the JV.

“It’s a lot different,” said C-Squad Black’s Lilly Lamont, who had never played volleyball on grass before. “Your footing is a lot different…the unevenness of the ground.”

Kern, a consummate DJ, kept the music playing during the matches, and the players on and off the grass court moved to songs that ranged from the “Chicken Dance” to the “Cha Cha Slide.”

“It was kind of on the lighter side,” Kern said. “Let the kids come out and have some fun. Hopefully we got something started here, and it just keeps growing year after year.”

Senior Zoe Porter said the event was all about making lasting memories.

“It’s the first time we’ve ever done it, so it’s fun to make some memories during our final year.” 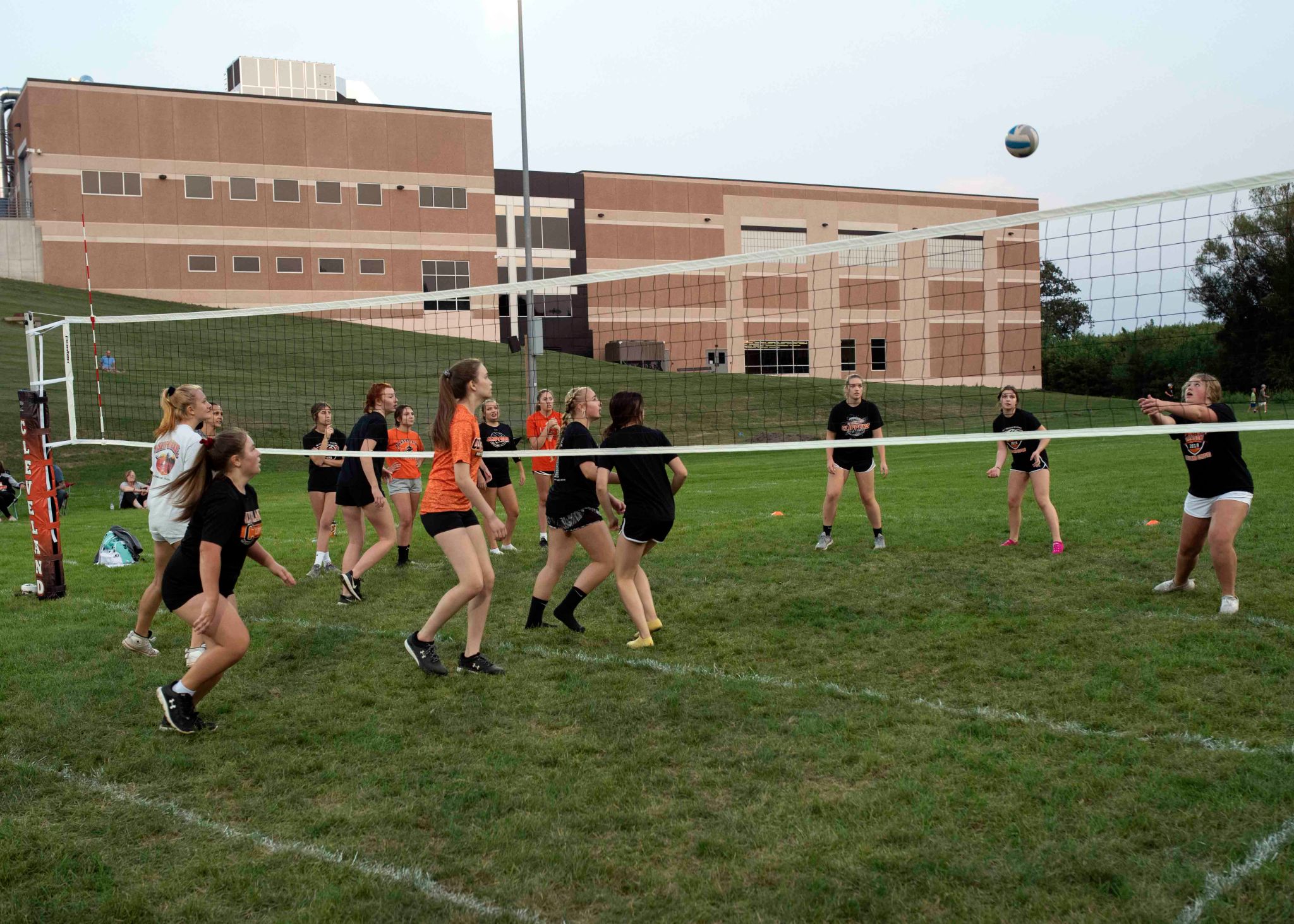 Cassandra Connor sends the ball over the net in C Black vs C Orange. 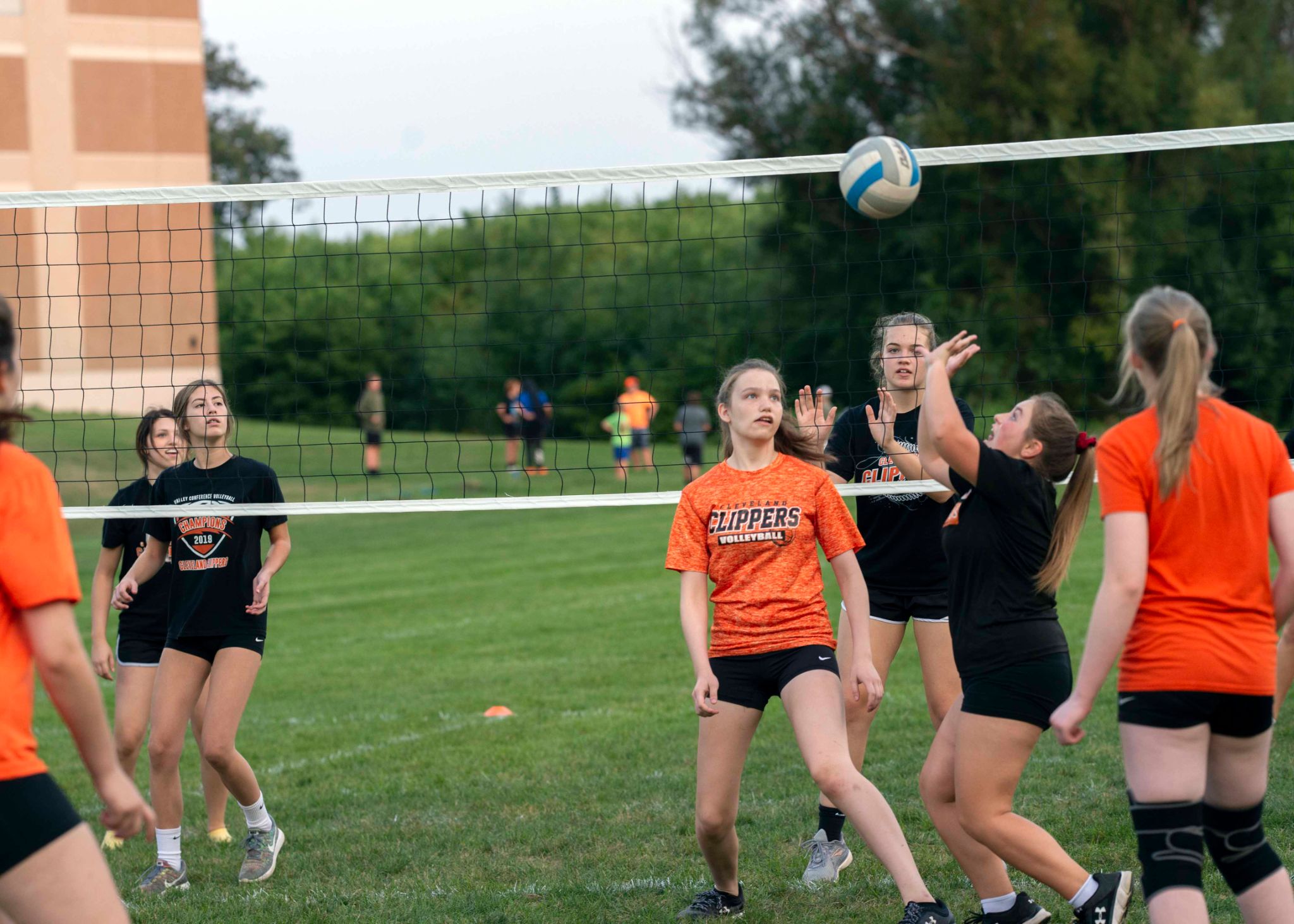 C Orange’s Allison Cink puts up a set while Maya Lassiter readies on the other side of the net. 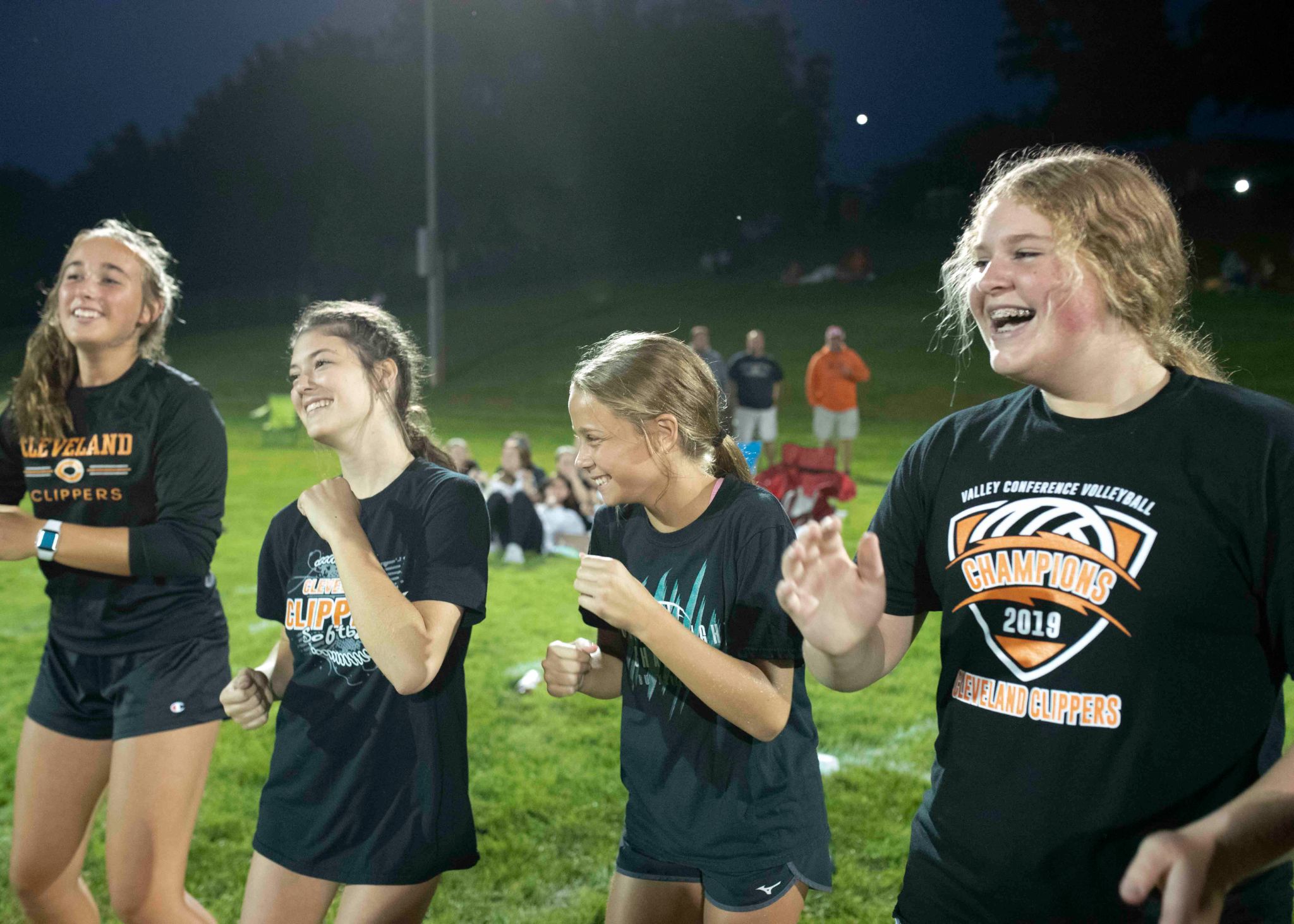 JV's Laci Hollerich, Mariah McCabe, Savannah Meyer and Cassandra Connor enjoyed doing the “Chicken Dance,” as they were waiting to check into the game. 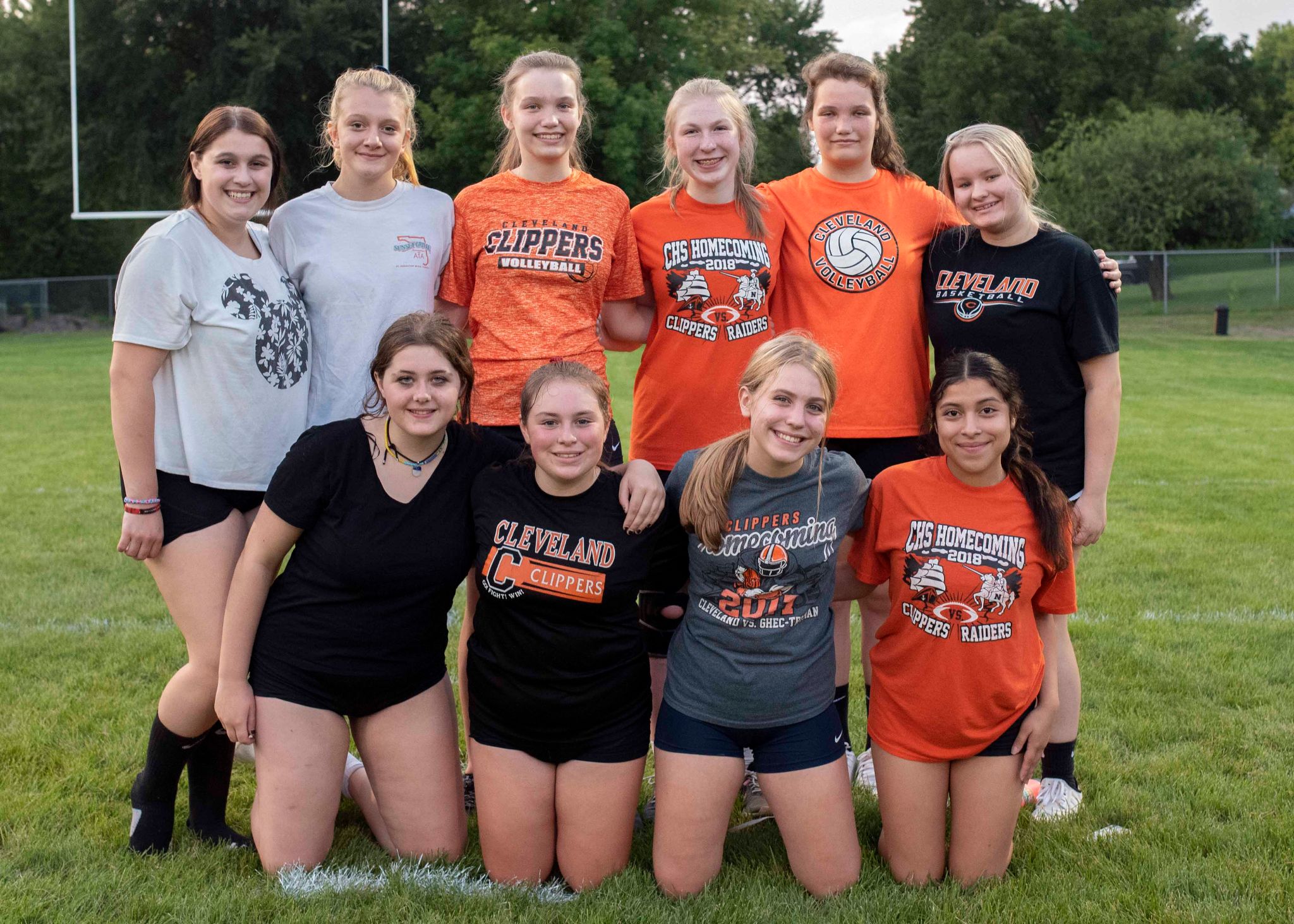 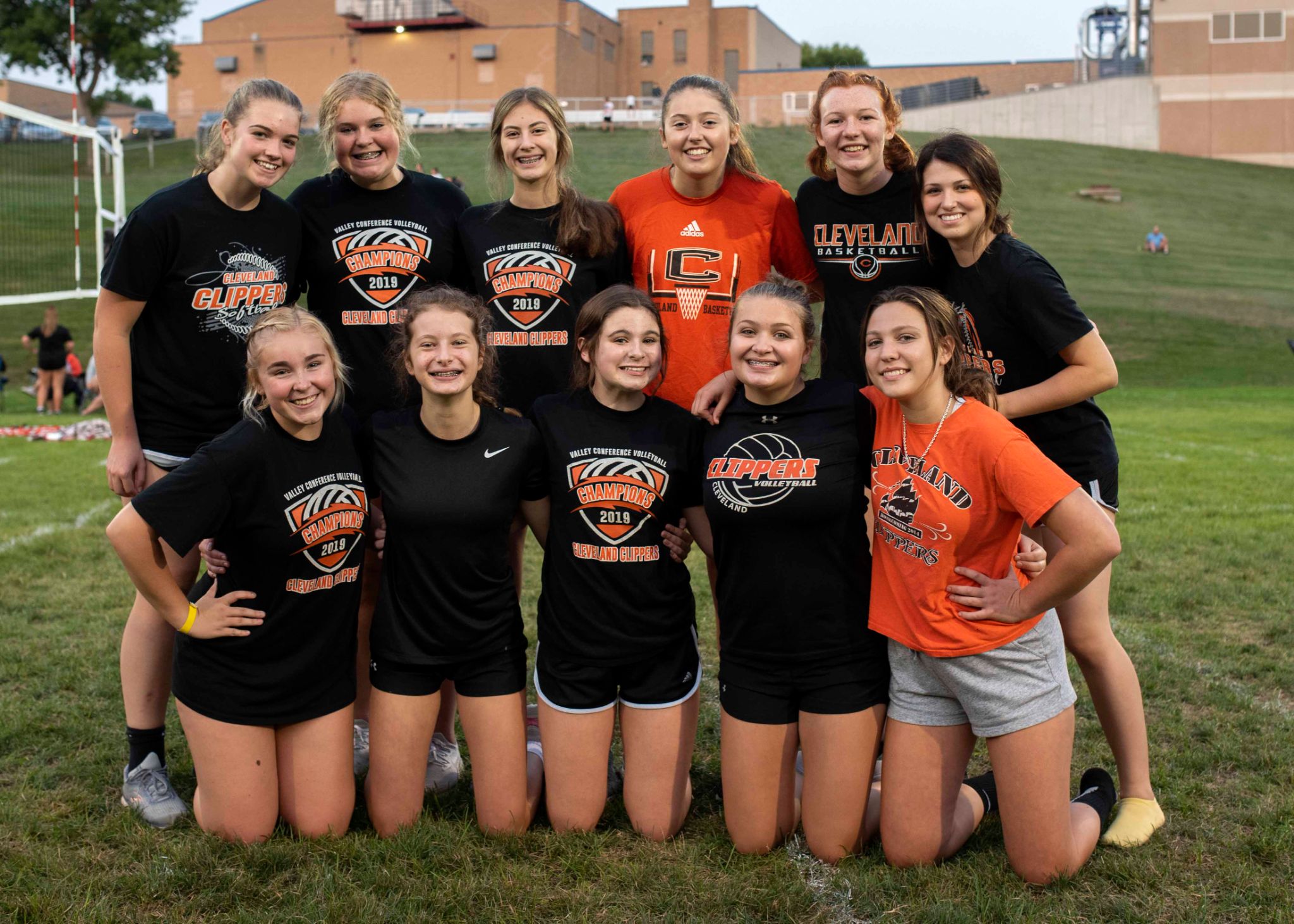 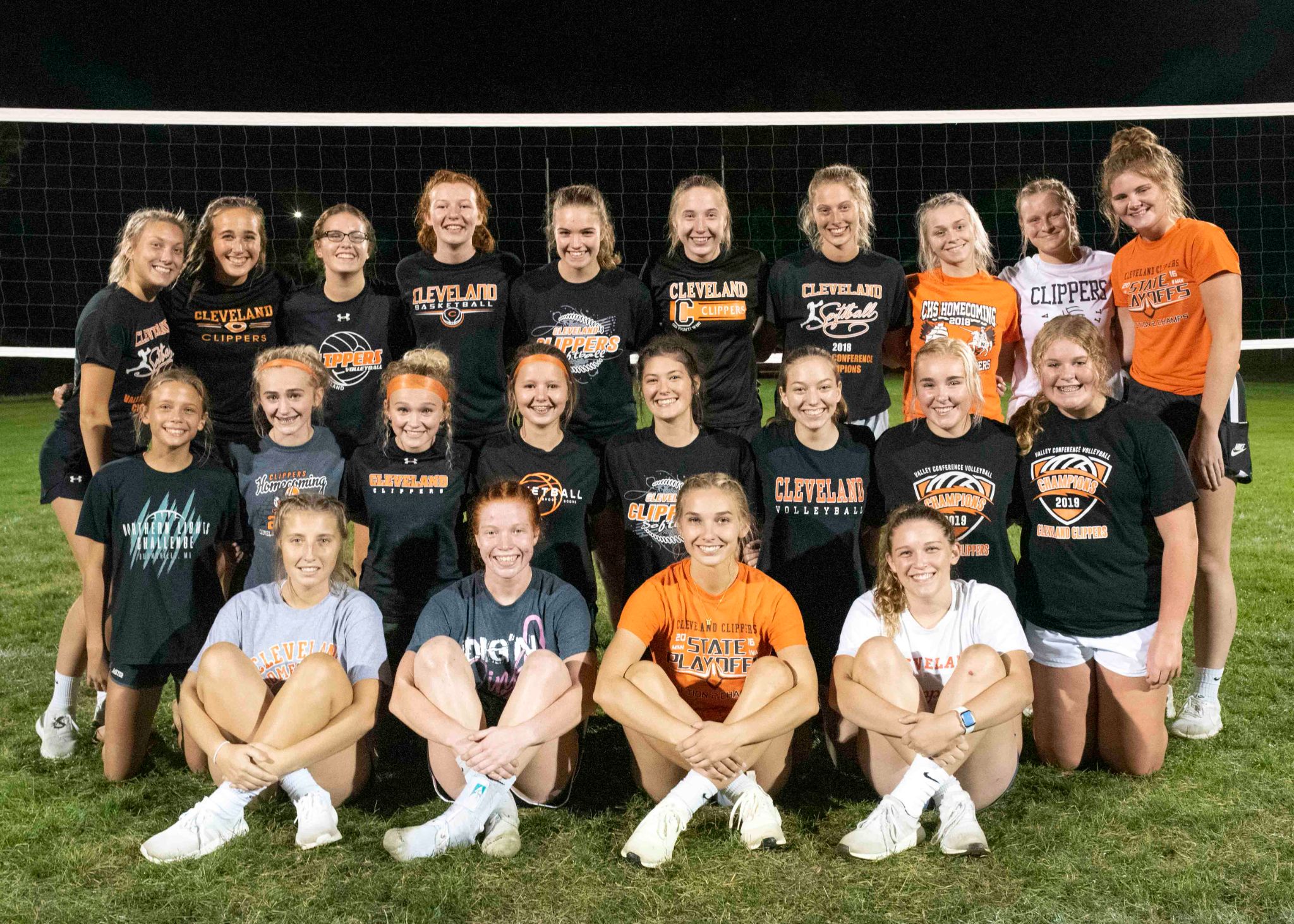