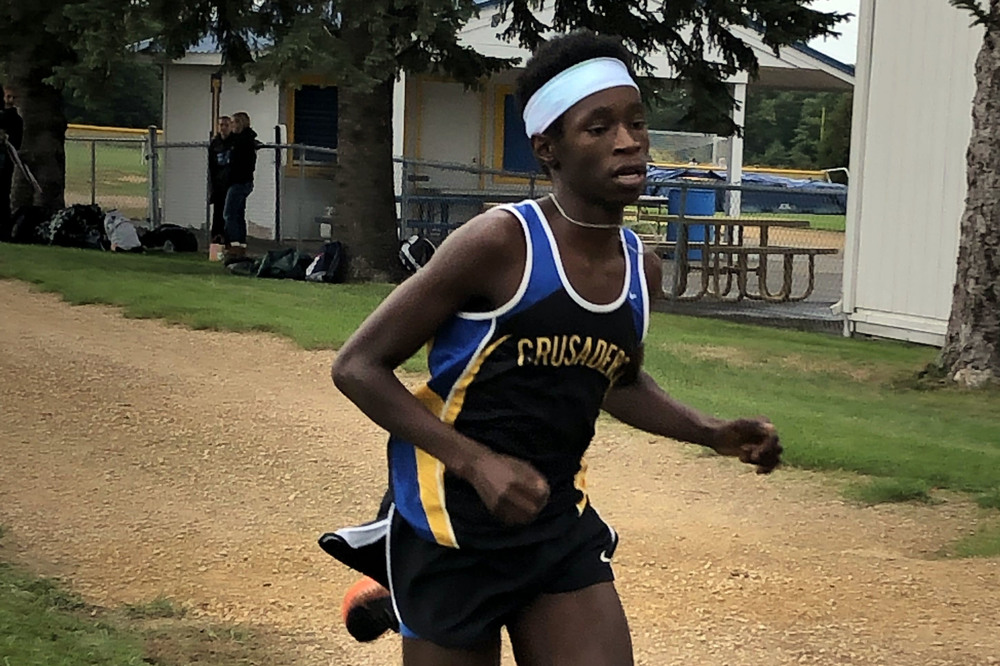 Nathan Strobel (above, photo courtesy of Dale Compton) took fourth in the opening meet of the 2021 Loyola-Cleveland cross-country season, held on the Crusader's course on the Mankato Loyola hill on Wednesday.

“Nathan and Jorden both had nice first races of the season,” said head coach Dale Compton. “Each of them cut significant time from the first meet last year to this meet.”

Tri-City United was third with a 52, LeSueur-Henderson was fourth with a 127, Mayer Lutheran/Lester Prairie-Watertown Holy Trinity was fifth with a 128, and Maple River was sixth with a 134.

With 96 points, the Crusader girls took fifth place of seven teams. The winning time for the 5K among the 43 runners was 19:59.1.

“Jewel had a good race, cutting nearly three minutes off her time from this meet last year,” Compton said.

The Watertown and Mayer group was first with 52 points. LSH was second with 84 points, GFW was third with 88 points and TCU was fourth with 89 points. Maple River was sixth (113 points) and WEM/JWP was seventh (119 points).

The Crusader cross-country teams return to action on Thursday with a meet on the Montgomery golf course. 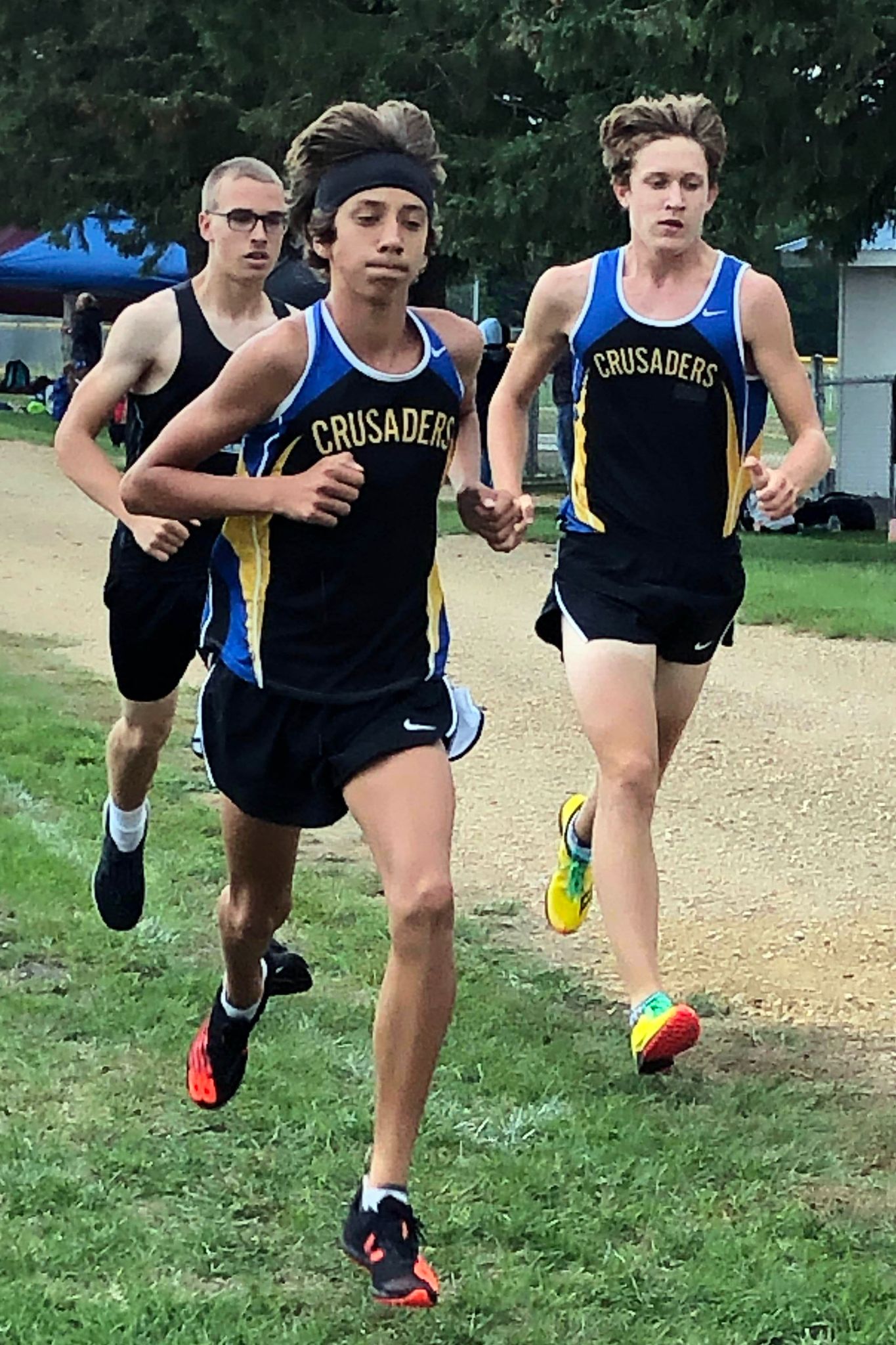