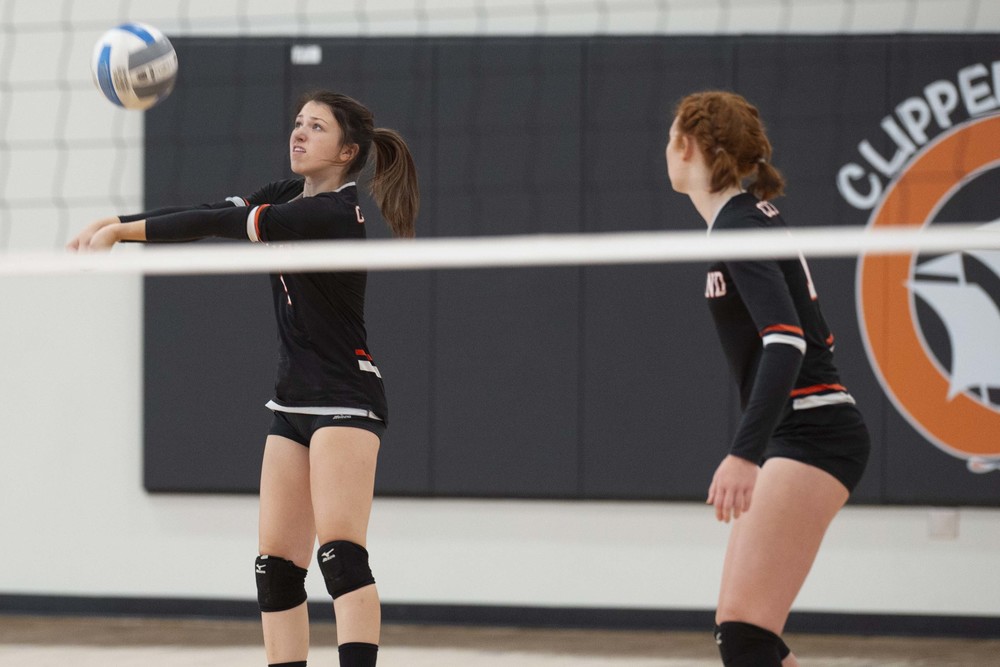 Above: Madysen Seely props up a serve receive.

After a comeback attempt in game one fell short, Clipper C-squad Black easily went on to win the next two sets over visiting Mountain Lake on Tuesday.

The Clippers lost the first point of game one on a Mountain Lake kill, and the Wolverines extended their lead after that.

But Madysen Seely went on a terror at the service line with five aces to narrow the Clippers’ deficit, and they finally caught up at the 17 mark.

With the game tied at 21, the Clippers errored three times. They scored the next point, but the game ended 25-22 on another mishandle.

But it was all Clippers after that. They dominated in the second game 25-7 and won the tiny game 15-6 on a Jocelyn Bartell kill, one of three she made in the match.

Bartell also landed successfully eight of 10 service attempts with two of them aces. She propped up eight digs.

Cassandra Connor was six of seven in serving with three aces. She had 10 digs and a pair of kills. Maya Lassiter spanked five kills, hoisted a pair of digs and was perfect in her nine serves with one of them an ace. Brenna McCarthy slapped three kills and posted one ace block. Seely completed eight of nine serve attempts and pulled up one dig.

C Black and possibly Orange too will be back in action when Nicollet travels to town on Thursday. 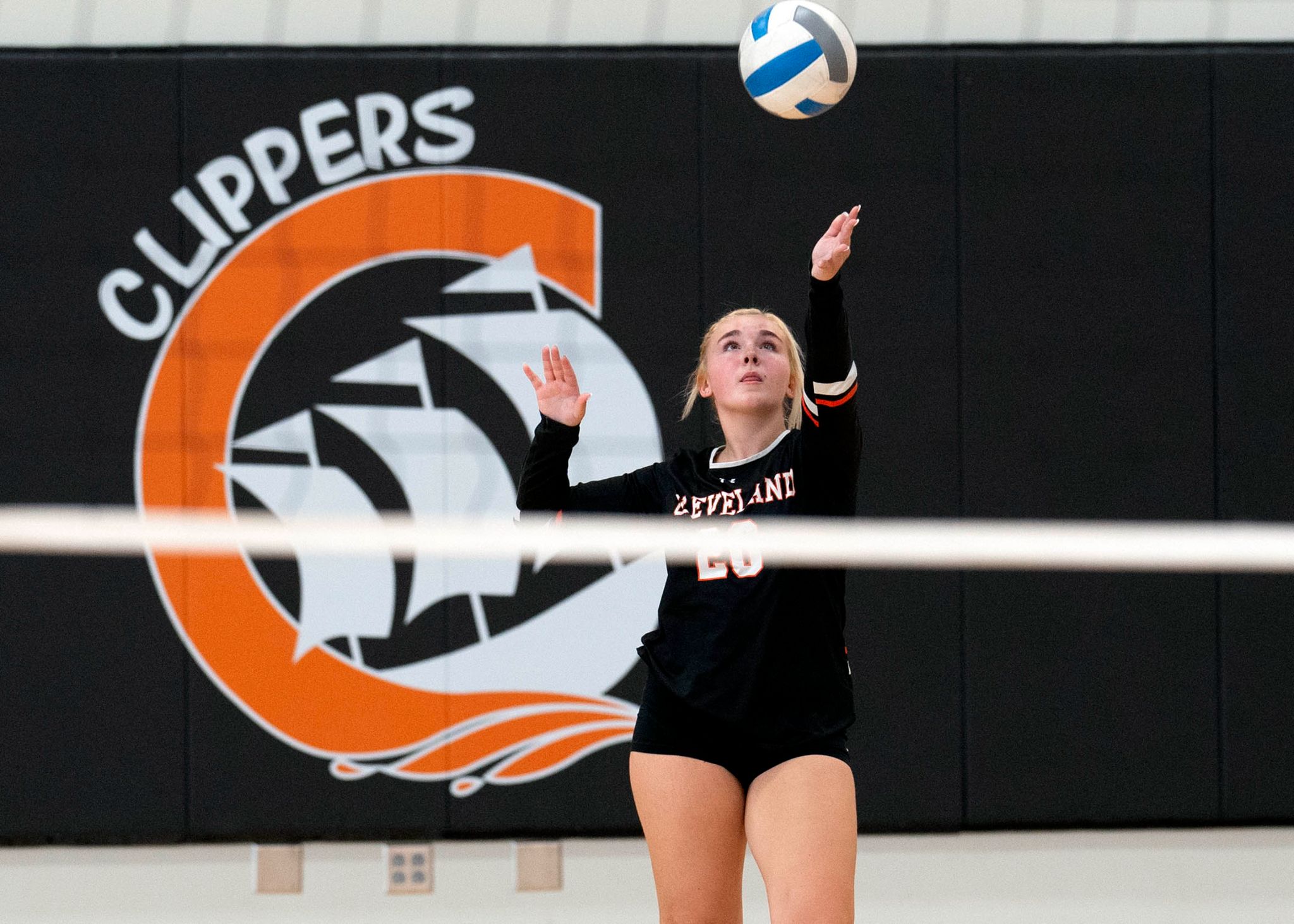 Lilly Lamont on the serve. 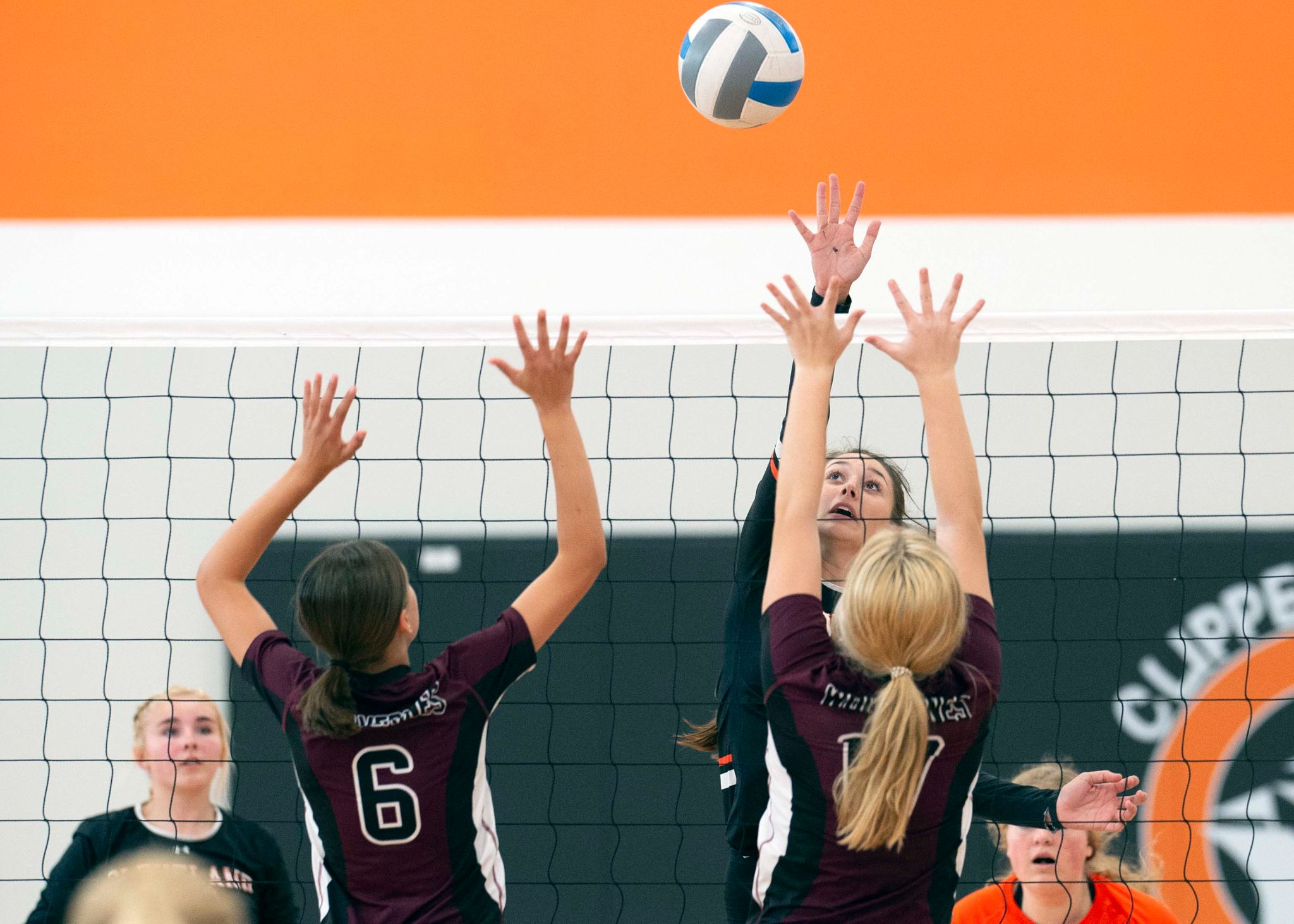