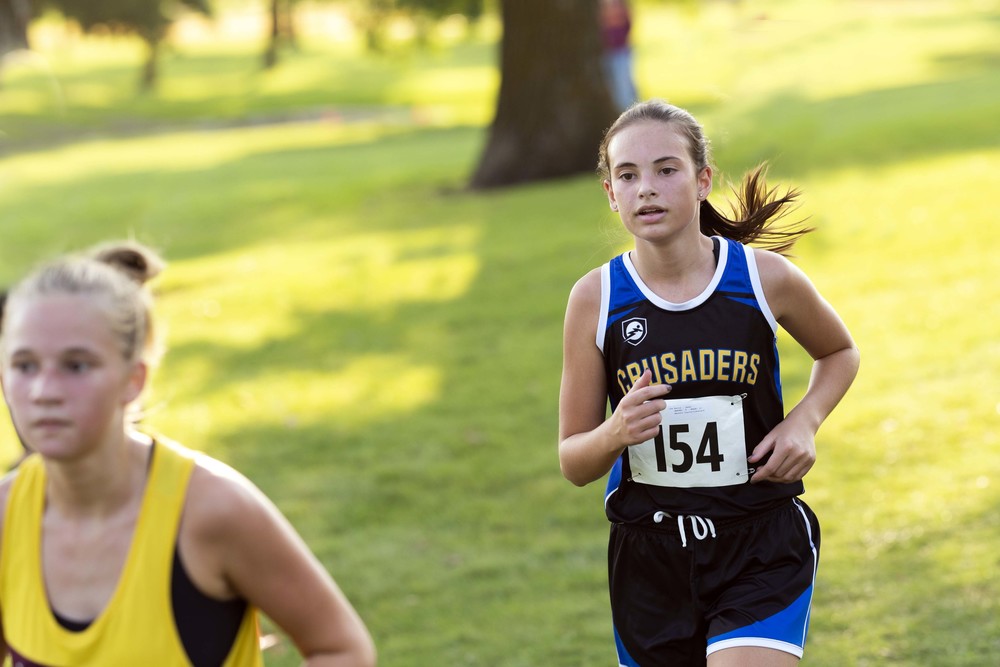 Above: Jewel Factor at the midway point in the varsity 5K.

The Gerry Smith Invitational, held on the Montgomery golf course, is one of the biggest cross-country races in Southern Minnesota.

After a year off, the meet was back in full force on Thursday with Loyola/Cleveland one of the 35 schools competing.

“It was fun to get back to a large invitational again after all small meets last fall,” said head coach Dale Compton. “Many of our athletes have never run against that many teams and schools that are much larger than we are. It was good to see a high level of competition. Meets like this will help us down the road when we compete against schools our size.”

There were 202 runners in the varsity boys race. Four of the Crusader front five finished in the top half. The race winner finished in 15:58.38, almost a minute ahead of the second-place runner.

“It was good to see Jorden get out to a nice start in this race,” Compton said. “That's going to help us a lot at the end of the season.”

“TJ is going to continue to improve as well as he gets more accustomed to the 5k distance,” Compton said.

This week, the Crusaders travel to Norwood on Tuesday and are back on the Loyola hill on Friday. 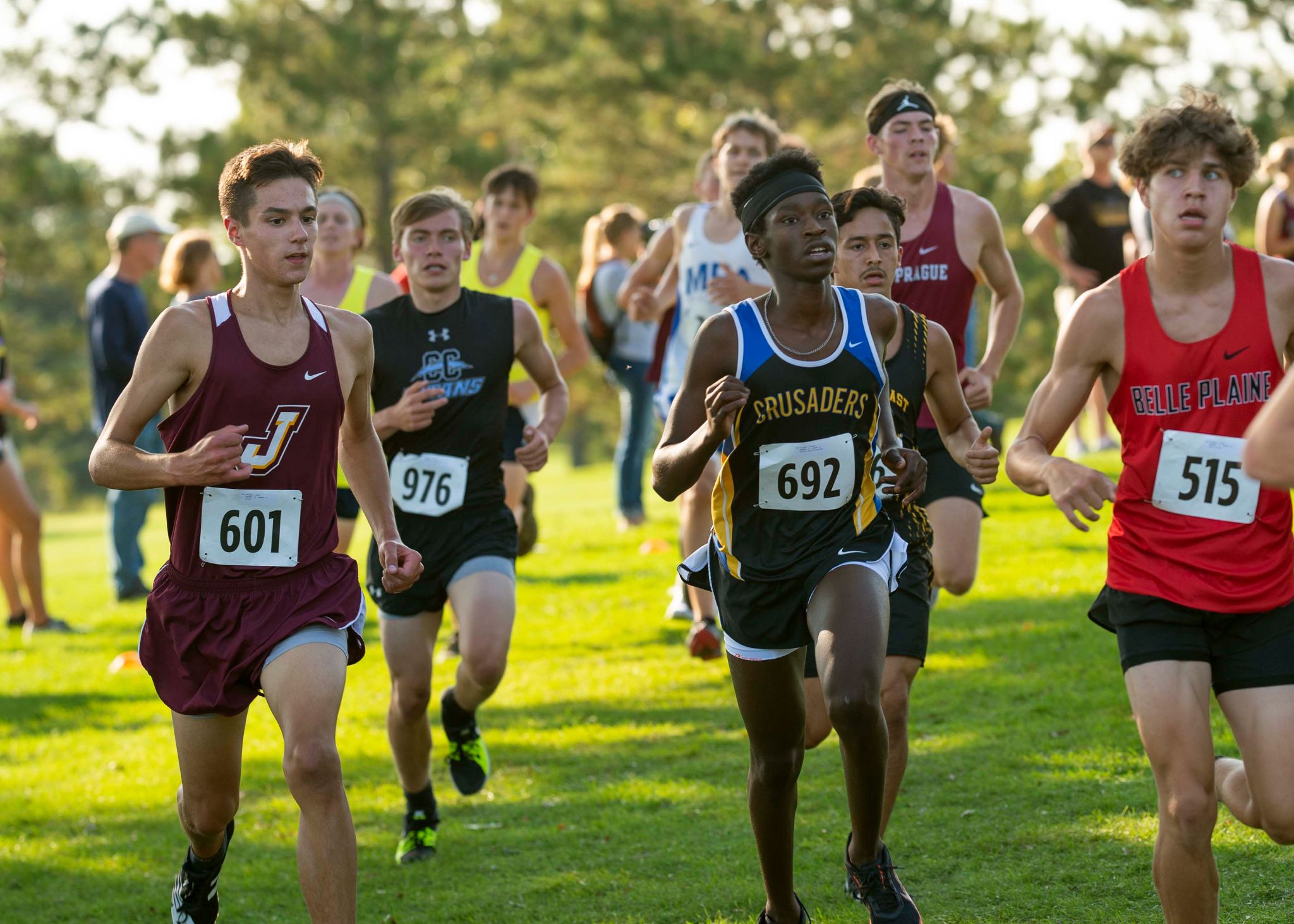 Nathan Strobel at the midway point in the varsity 5K. 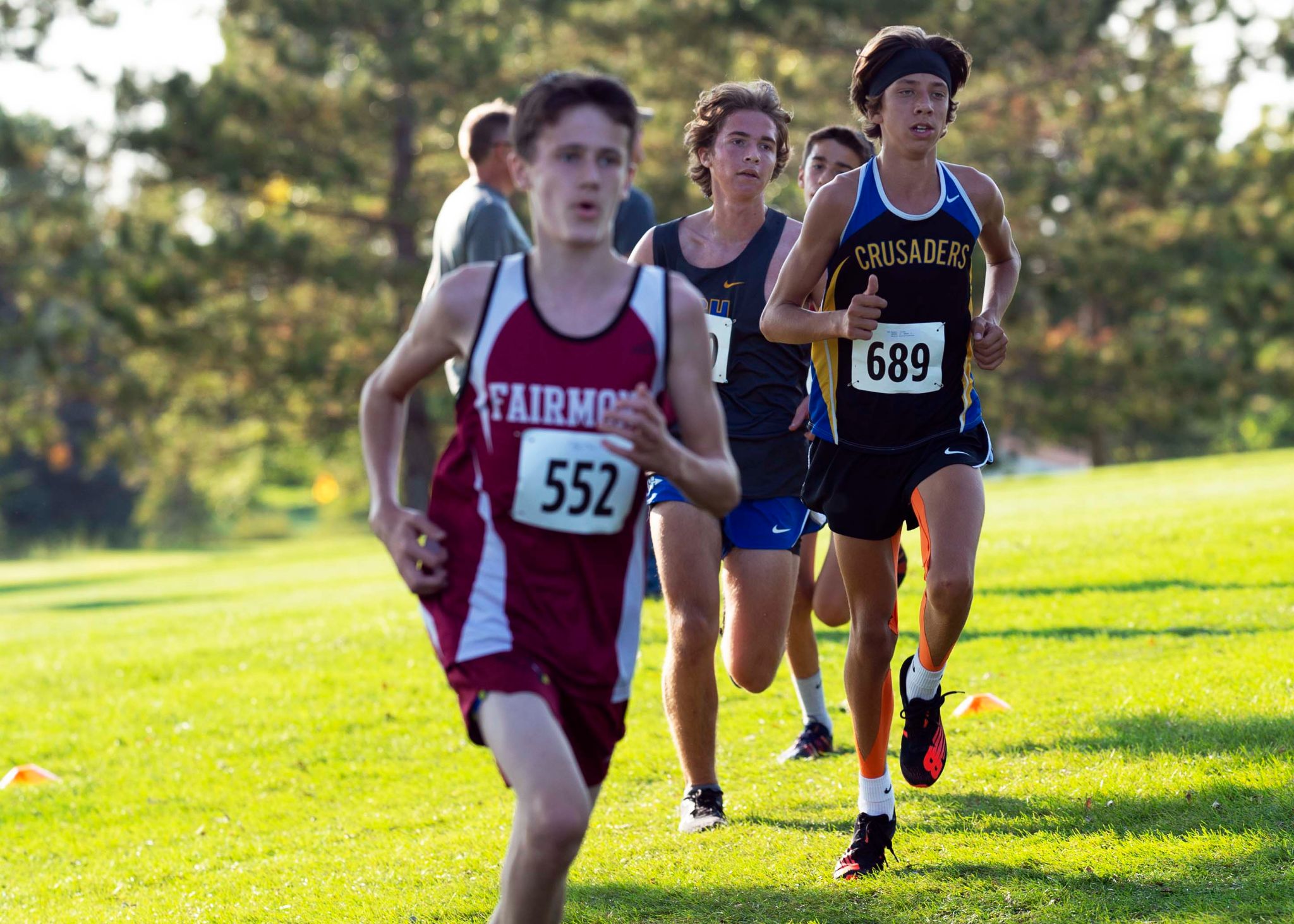 Jorden Rossow in the varsity 5K. 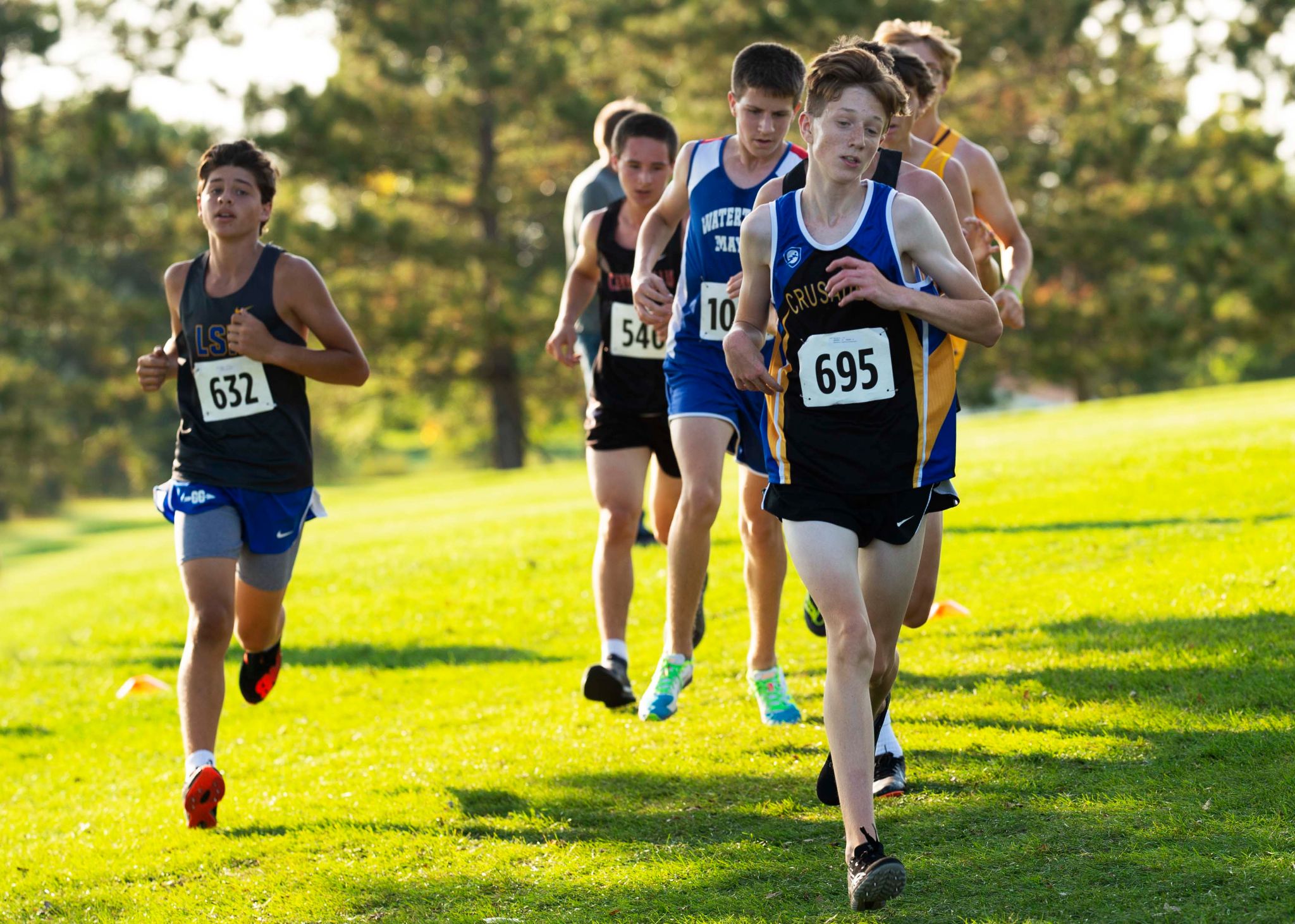 TJ Waldron in the varsity 5K. 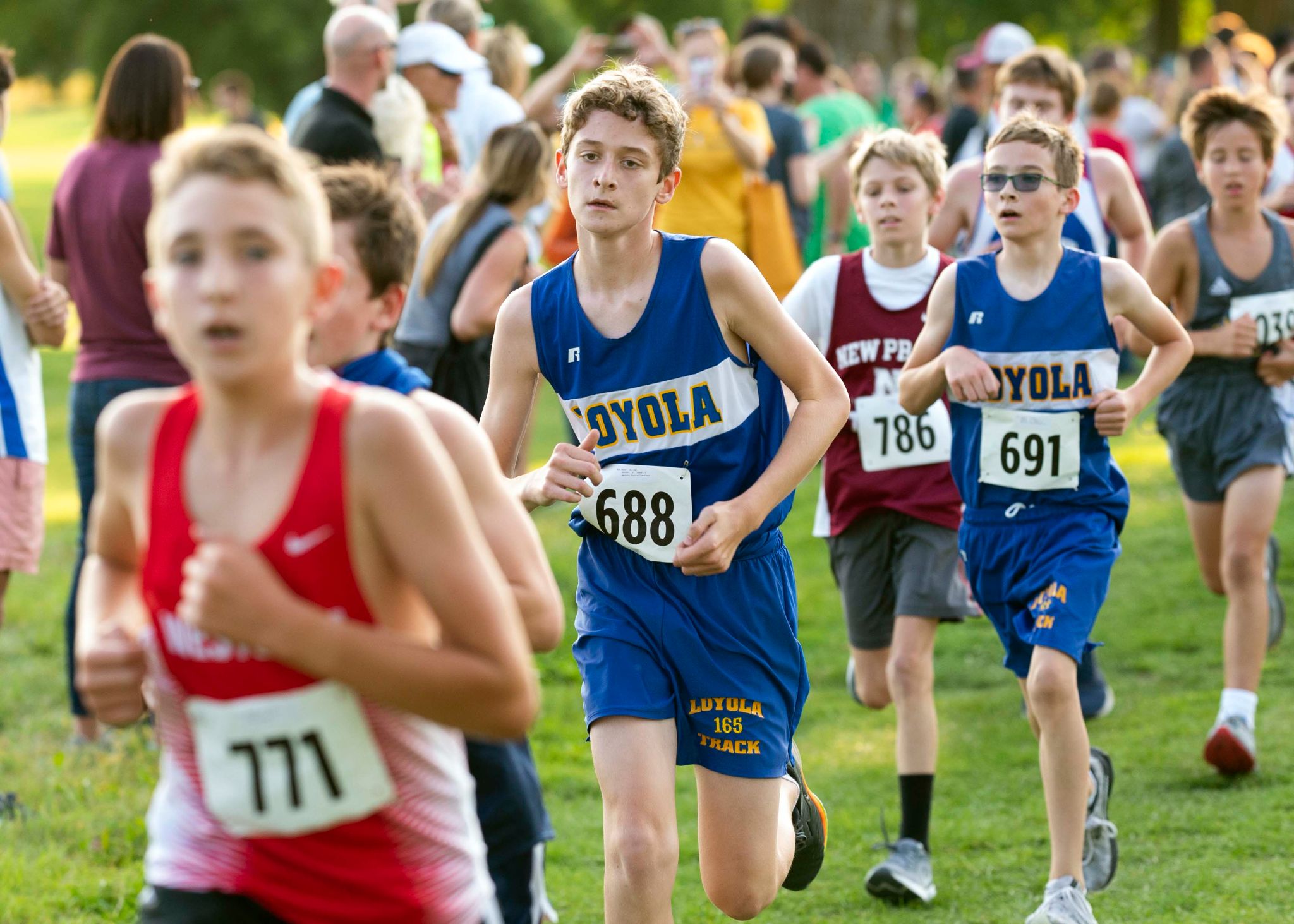 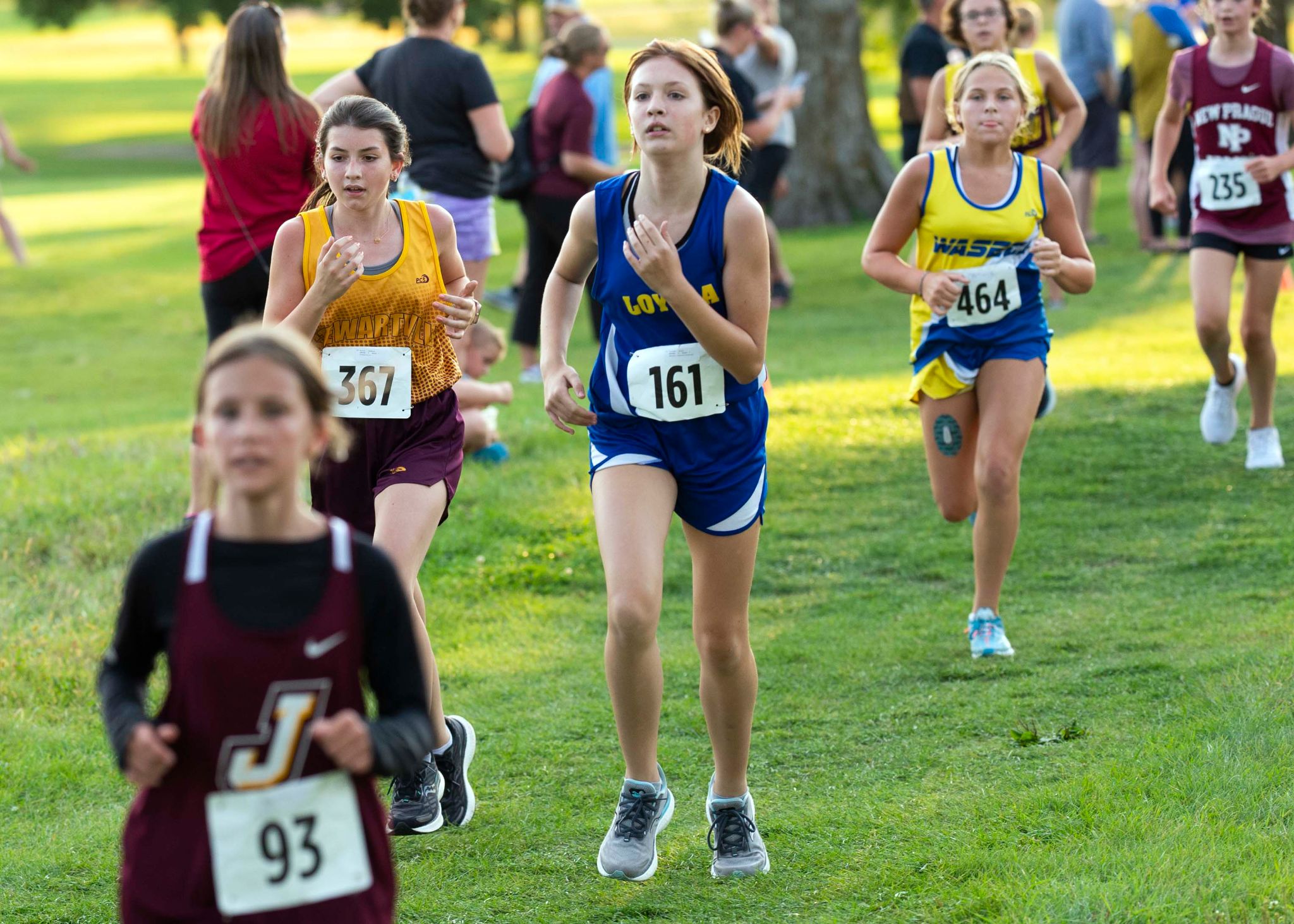 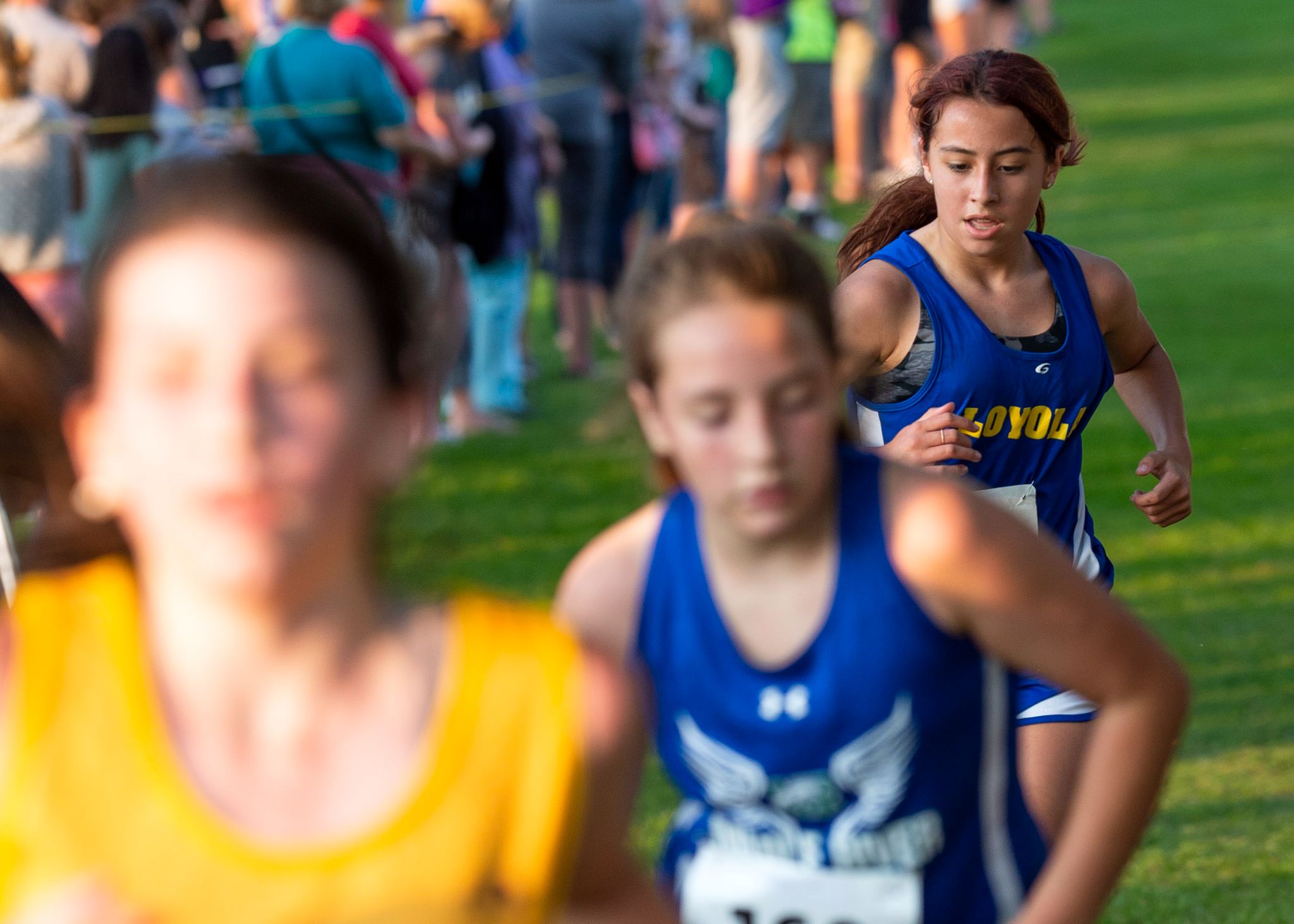