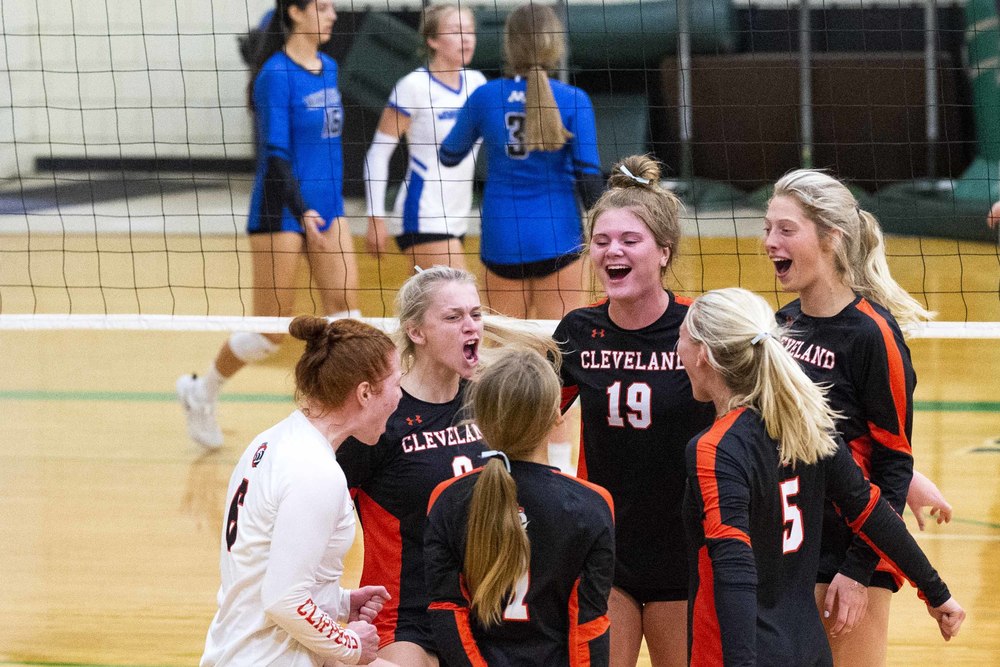 Above: The highlight of the tournament for the Clippers was taking the first game against Class 4A Minnetonka.

With two wins and two losses in Saturday’s eight-team tournament at Waterville, the Clipper girls were tied for third with host Waterville-Elysian-Morristown.

In their pinnacle for the day, the Clippers took the first set from Minnetonka 27-26. But they lost the next two games with the Class 4A school, 26-24 and 15-12. They fell to Nova Classical Academy after that in bracket play. Both games were 25-18.

The day started for the Clippers with a win over Tri-City United, 25-10, 25-22. From there, they beat Grand Meadow, 25-17 in the first game. After a Sophie Perkins kill in game two, Emily Kern posted an ace block to put the Clippers up 24-12. The match ended when the Superlarks got tagged for four hits.

The Skippers rallied for four points after that, all on kills, to pull within one, 23-22, but with a Kern attack to break up the run, the Clippers were a point away from a triumph. The Skippers kept on the attack though, scoring the next two points on kills, and then went up 25-24 when the Clippers hit into the net.

Jordyn Klingel kept the game alive with a kill, and the Clippers scored the next two points after that, the first on a Tonka hit out of bounds and the second on a Taylin Gosch ace serve for the victory.

Cleveland put up a fight in the next two games, but the Skippers won them both. They went on to lose to Nova in the tournament championship.

Kern had 29 kills and 35 digs in the tourney. Grayce Kortuem had 17 kills and six digs. Ava Hahn had 20 kills.

The Clippers travel to Sibley East (Arlington) on Tuesday. 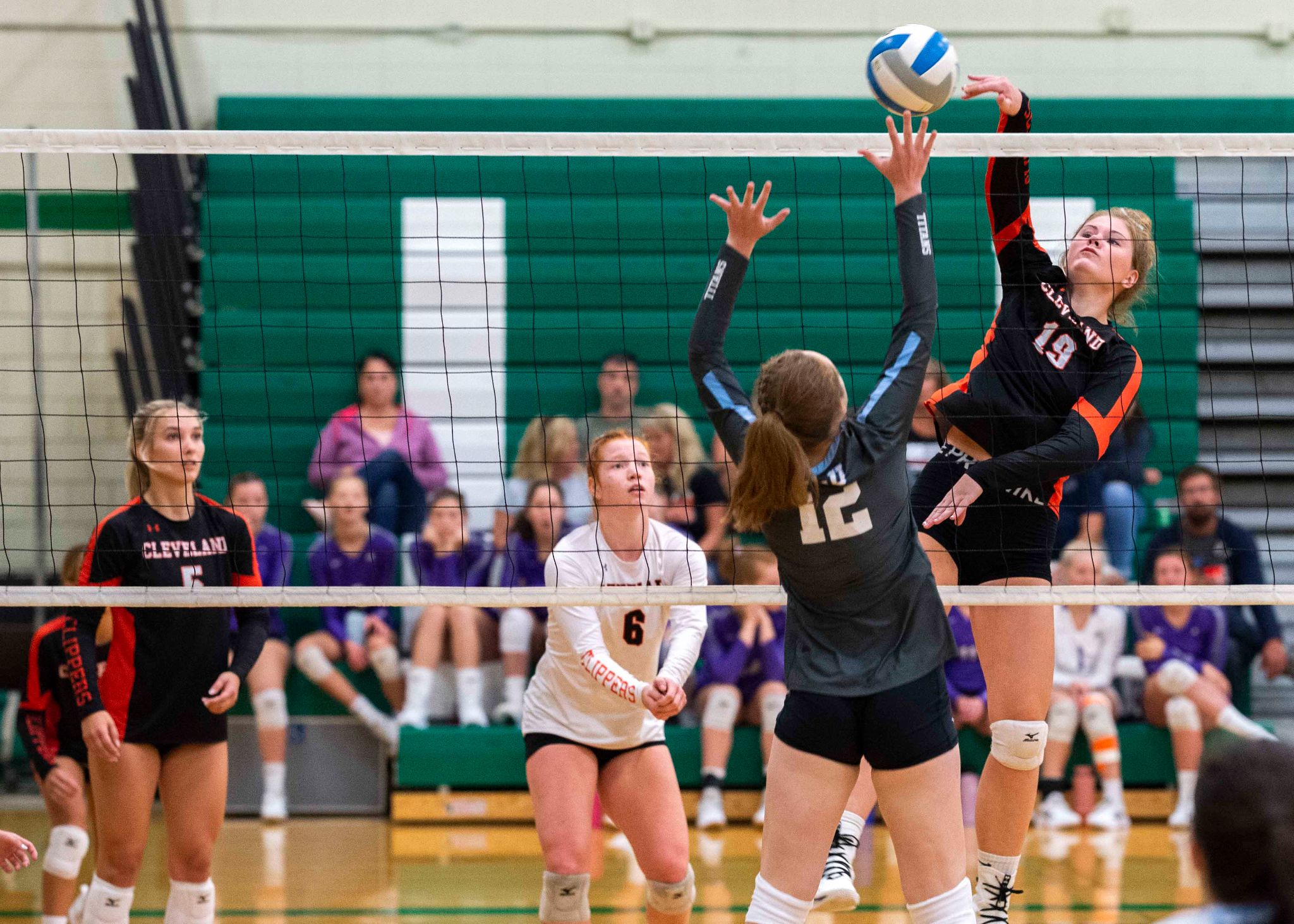 Emily Kern goes on the attack against TCU. 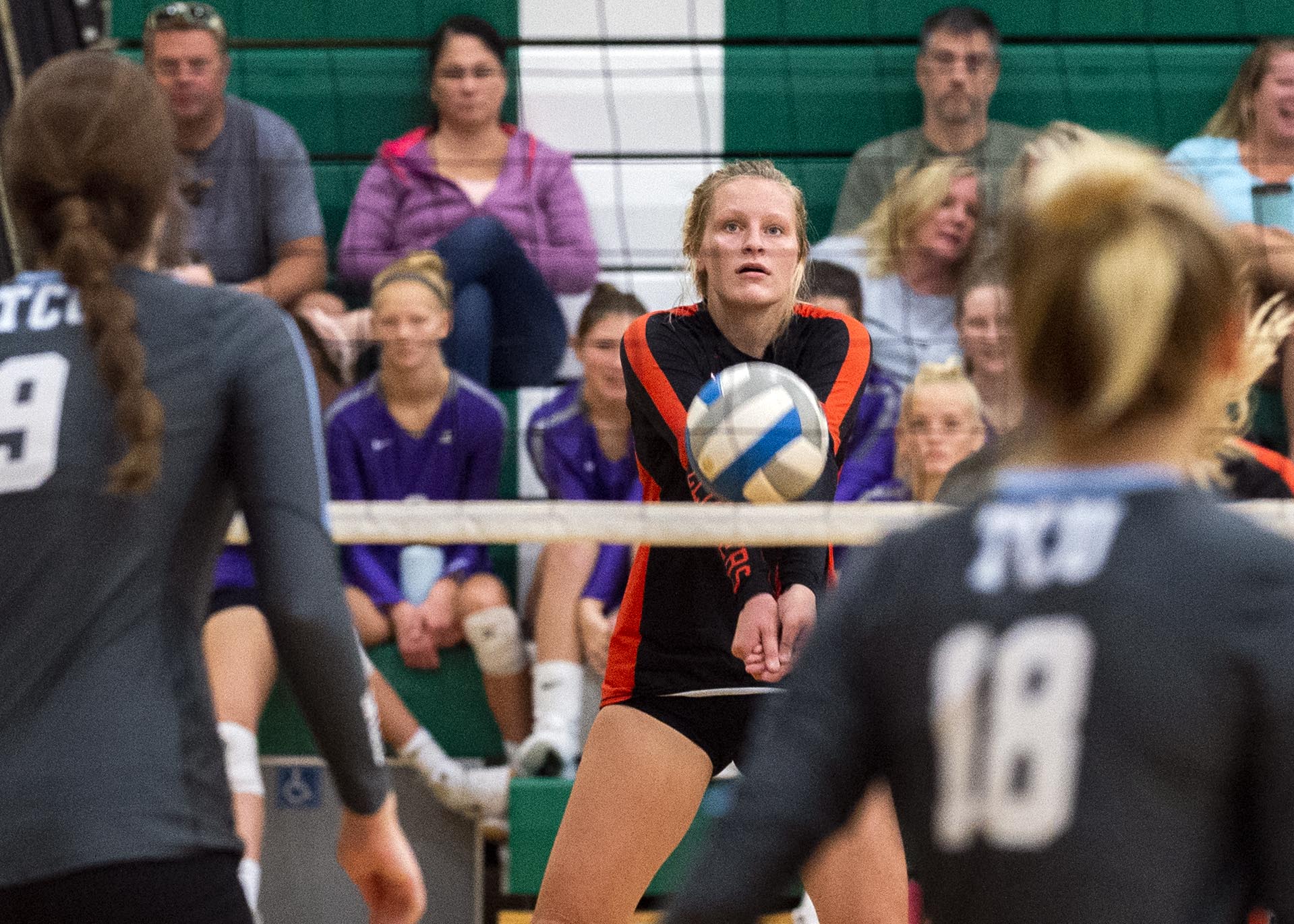 Grace Kortuem bumps up a pass. 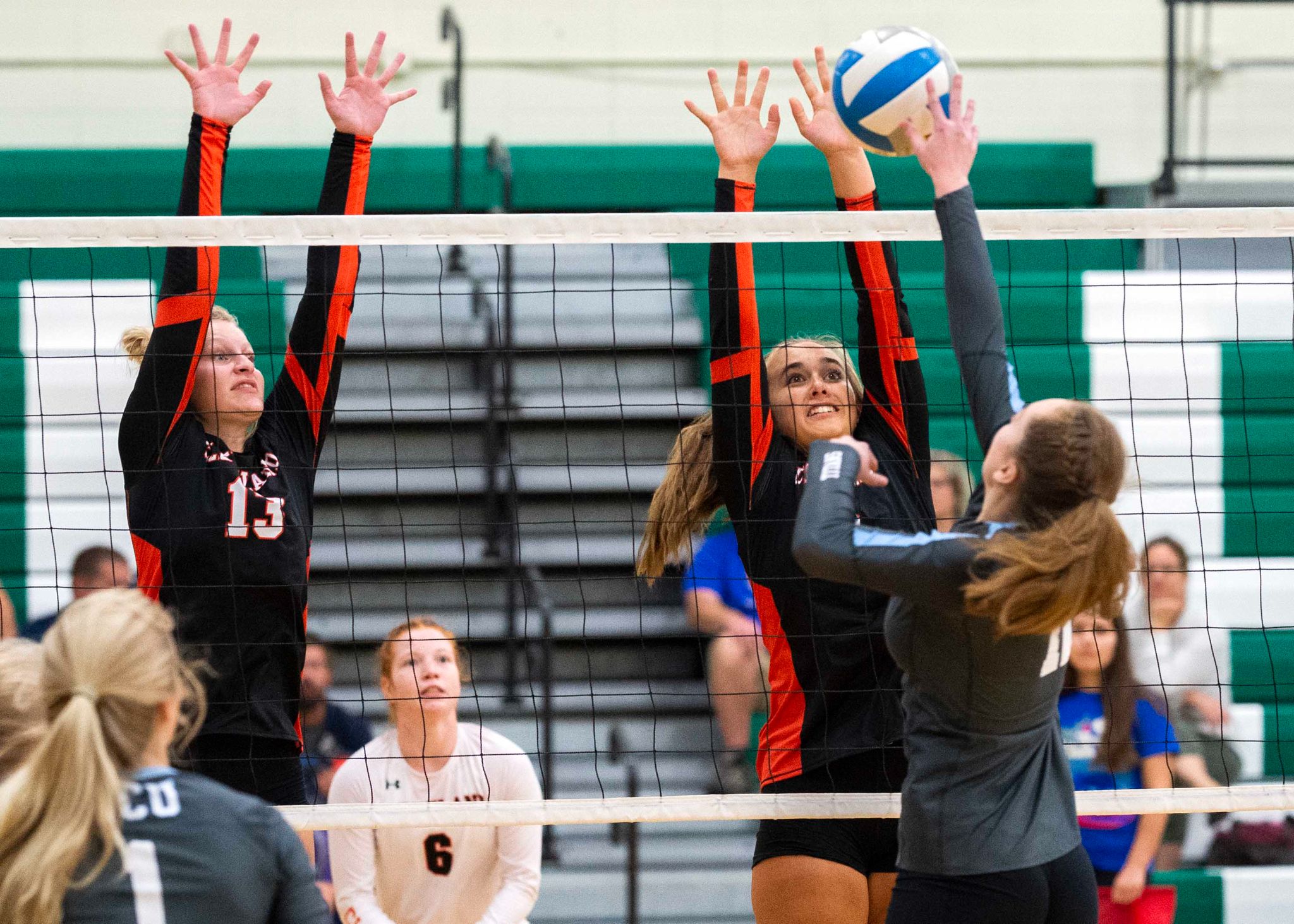 Laci Hollerich goes up for a block.