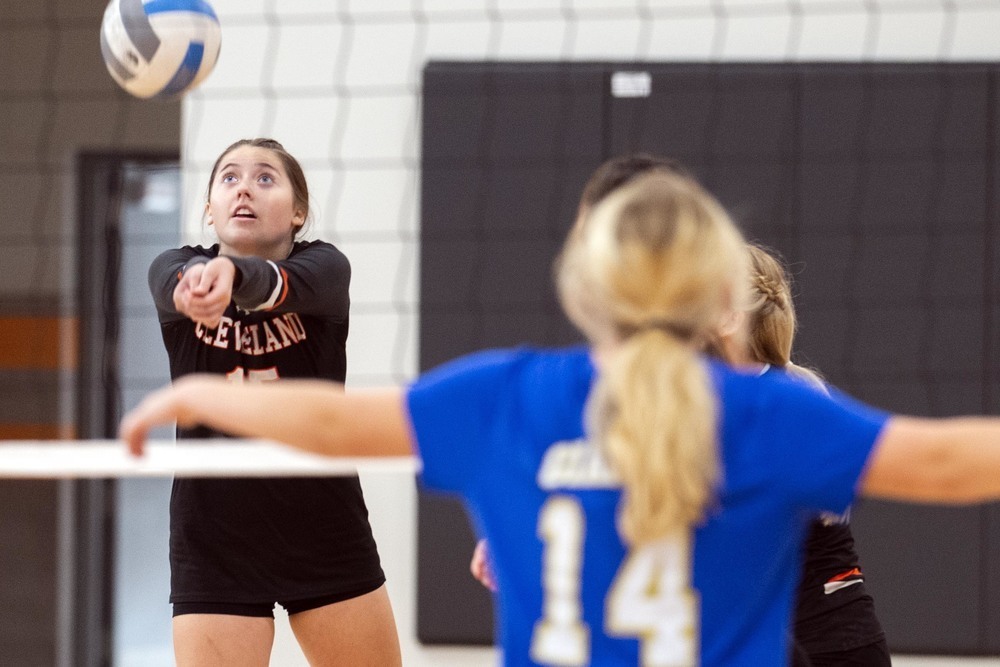 Above: Addi Holden locks fingers for a pass.

Game one ended 25-13 when the Giants served into the net.

After kills by Lacey McCabe and Jocelyn Bartell and with a Lilly Lamont ace serve in the mix, the Clipper got off to a 6-2 start in game two.

The Giants loitered around though and eventually tied the game at the 21 mark.

Brenna McCarthy dropped a hit to the Giant side of the floor, and Bartell followed up with a couple of ace serves for a 24-21 Clipper advantage. Each team hit into the net after for the 25-22 home-team victory.

In the game that didn’t count, the Clippers got off to a 4-0 start, all on LSH miscues. But the Giants got back on track and won 14-9 before time ran out.

Bartell was eight for eight in serving with two aces. She also had four kills, five digs and one set assist. Lamont was six for eight from the service line with one ace. She also completed 14 set assists and had three digs and two kills.

Cassandra Connor was eight for eight in serving with eight digs and one set assist. Mackenzie Smith was successful in seven of her eight serve attempts and dealt a pair of aces. Smith also laid down three kills and hoisted five digs.

Maya Lassiter had five kills and served up an ace. Addi Holden landed all six of her serves, scooped four digs and dropped in one kill.

C Black returns to action on Thursday when Alden-Conger comes to town. 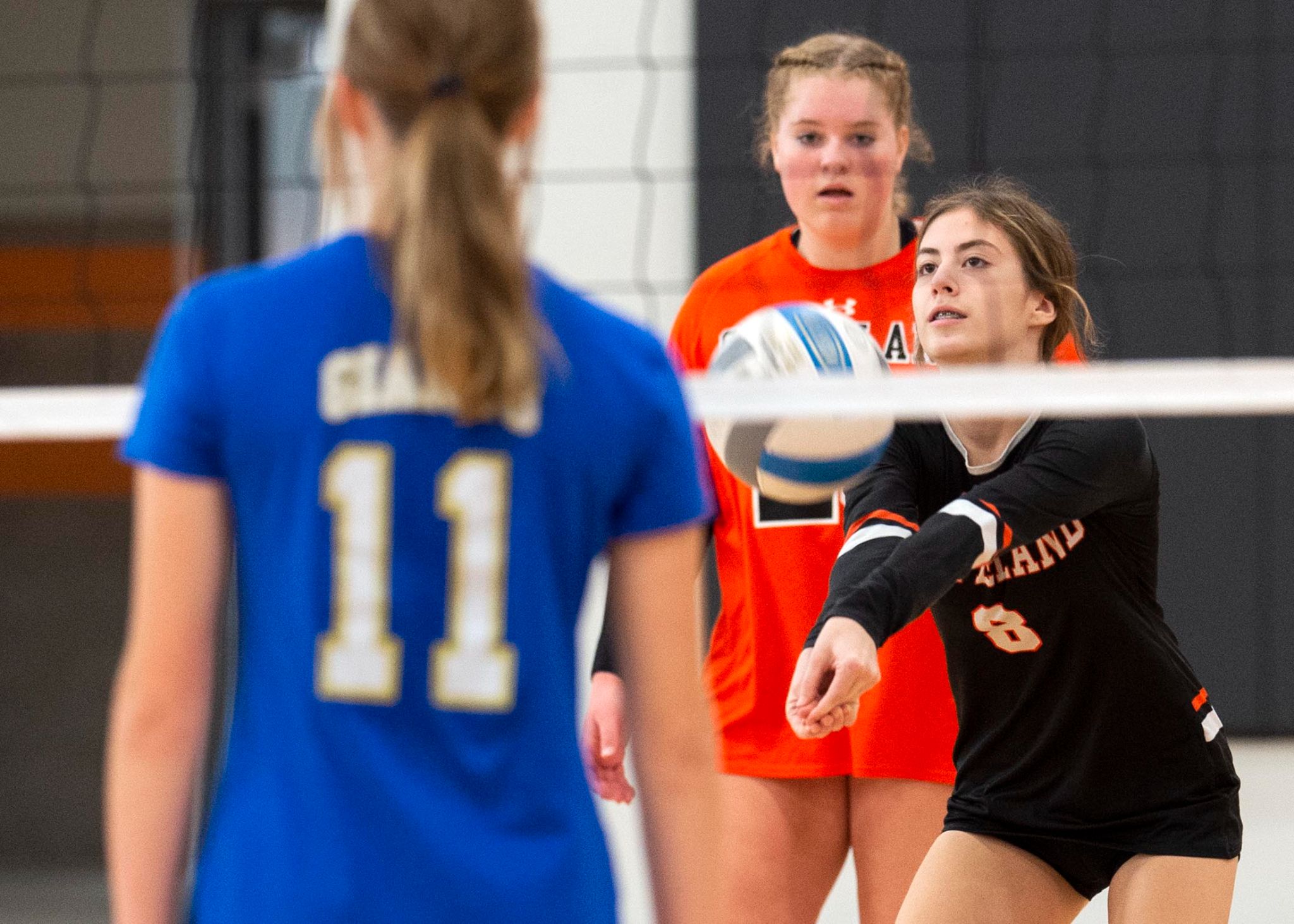 Lacey McCabe on the bump. 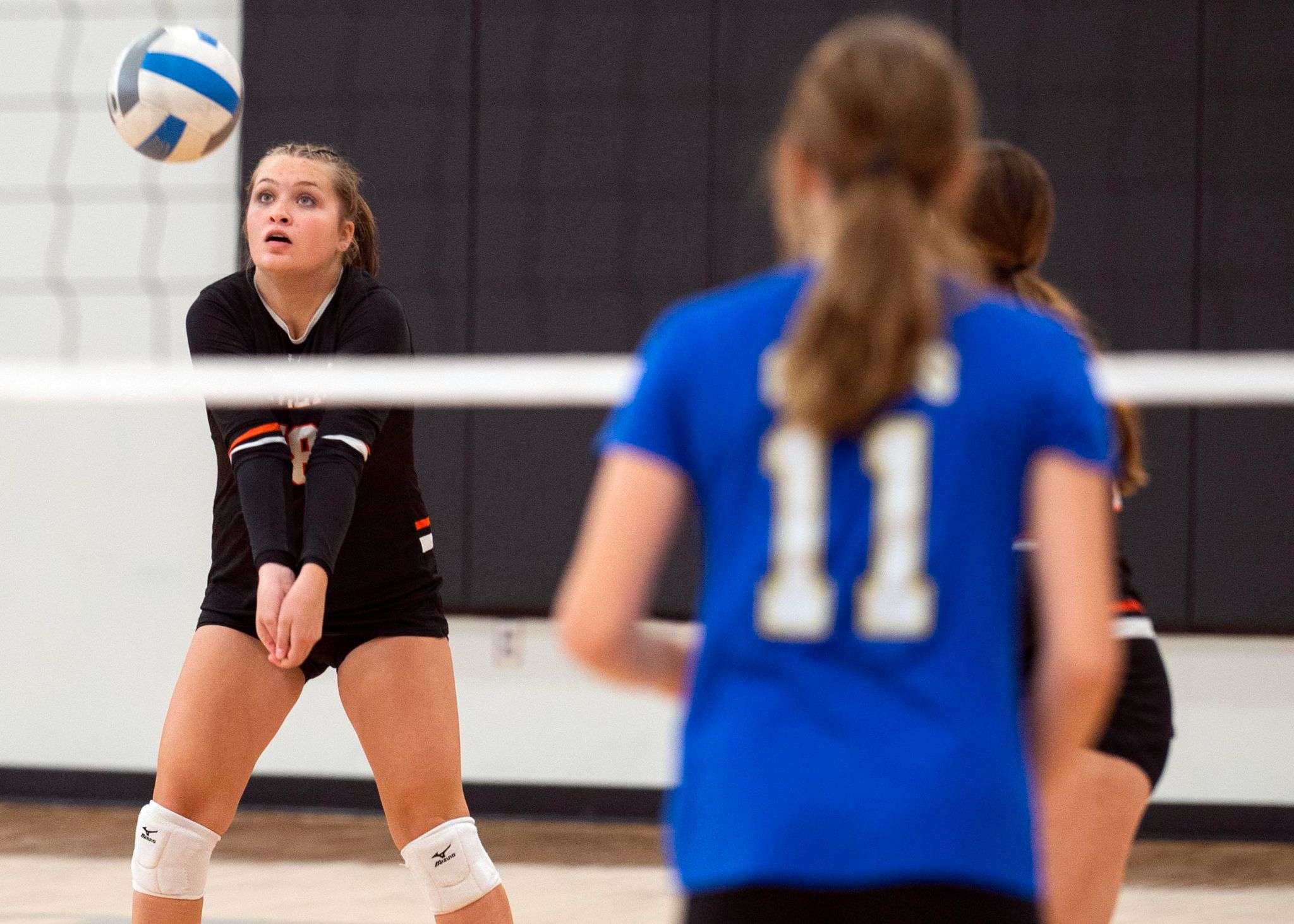 Olivia Shouler winds up for a dig. 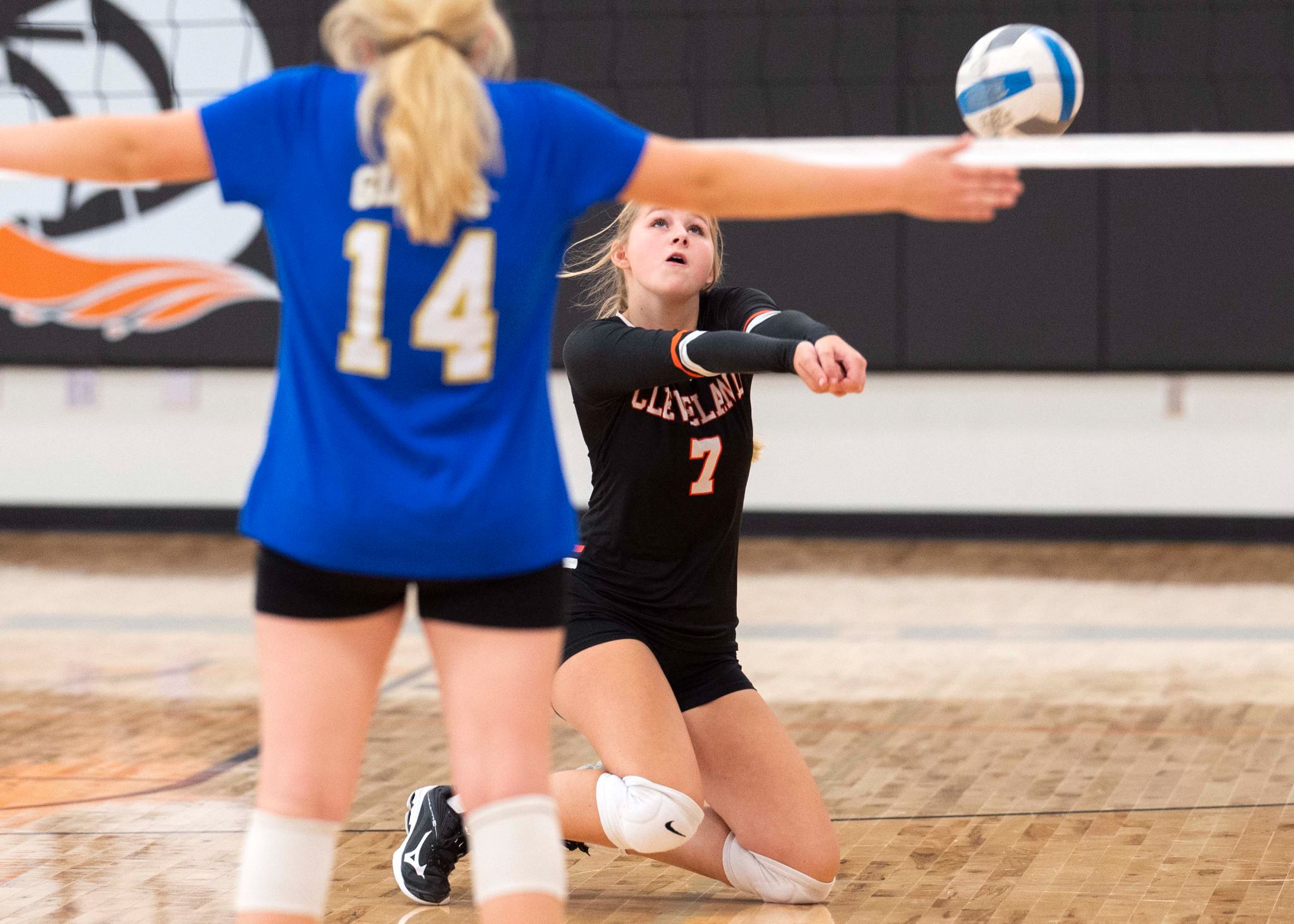 Caitlynn McCarthy gets on the floor for a dig.